‘Migrant crisis’: what can cities learn about new service design?

A message from Sicily

There’s been a lot of recent talk about the additional pressure new migrant arrivals place on public services. There has been less discussion about how cities – and it is mainly cities – are coping with this. And less still about what we are learning and the implications for future public services.

This was the focus of a recent Social Innovation Europe event in Siracusa Sicily. Meeting on one of Europe’s front lines gave us the chance to see what’s happening and to hear about lessons emerging from our recent experiences. We were particularly interested to examine the range of social innovations emerging to meet new service demands.

This article shares some of these new service examples. It also considers what they tell us about the new service design dynamics they reflect. Finally, we conclude with reference to Ezio Manzini's call for a new narrative around migrants, aligned to a design-led approach to service development.

What can be done to address negative perceptions?

Today in Europe, the narrative around migrants is almost unceasingly negative. Fear of terrorism; Islamophobia; the ongoing Global Financial Crisis: all contribute to a climate of anxiety which shapes the debate. Too often, facts are not allowed to get in the way of this debate. Like the fact that some EU countries will be reliant on immigration to keep the economy going, due to demographic changes in Europe. EU forecasts show for example that Germany’s population will drop from 81.3 million to 70.8 million by 2060 without immigration. Poland’s population is expected to drop by almost 14% in the same period.

Despite the facts, the fears remain. Too often those fears are based on prejudice and rumour, rather than fact. This can be an insidious problem – especially when much of the media has an anti-migrant undertone.

One city challenging the rumour mill is Amadora in the metropolitan Lisbon area, which is the Lead Partner in the URBACT Arrival Cities network. The municipality has embarked upon an innovative way to tackle malicious anti-migrant rumours and to help make sure that its citizens know the facts. Don't Feed the Rumor is a communications campaign that initially started in one of the city’s secondary schools. Its aim was to tackle unfounded rumours in a city where 10% of the population has a Lusophone African background. Unfounded assumptions about their school performance, social customs and attitudes were barriers to effective integration.
The pilot campaign involved recruiting and training 60 pupils of Seomara da Costa Primo secondary school as anti-rumour agents. Armed with facts and trained to challenge rumours when they arose, these students were part of an effective pilot that is now being scaled across the city. 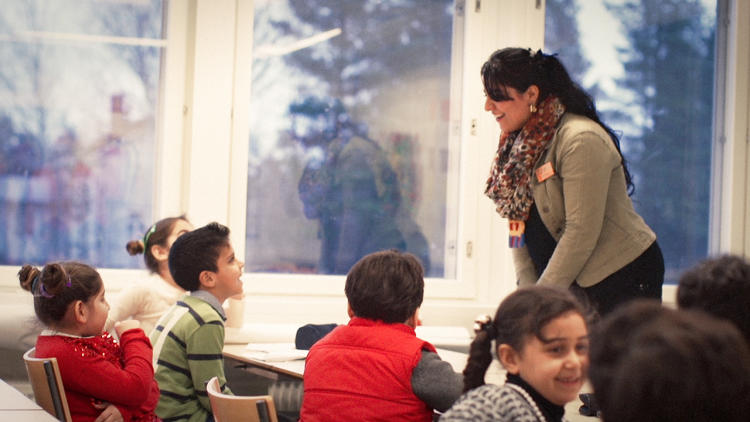 New arrivals need access to information on public services. They often arrive with few resources, limited host language skills and different cultural perceptions. As a result, they can easily tie up large amount of front-line service time in their new host cities. Finding efficient ways to help them access information directly is therefore in everyone’s interest.

Consequently, there is a wave of i 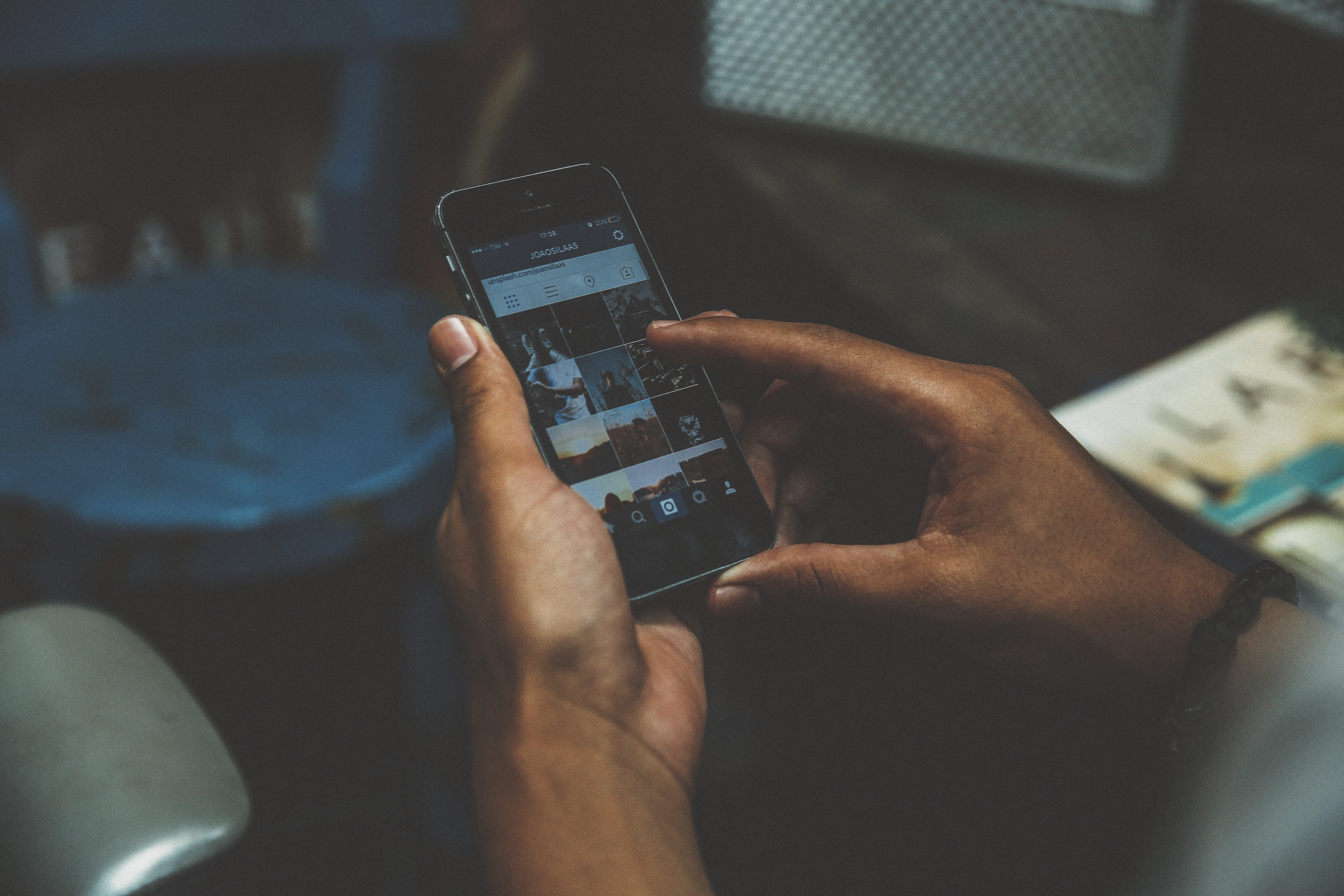 nnovation related to improving access to information for migrants. Perhaps the best-known and field leader is Mobilearn, a web solution initially developed in Sweden. Established as a social enterprise by people with first-hand migration experience, it is now being rolled out in other parts of Europe. Acknowledging the widespread use of smartphones amongst refugees, Mobilearn provides a survival guide to local services in a variety of languages.

Mobilearn has been extensively evaluated and is building an important data bank on the hours (and resources) saved to local authorities as well as the social impact created by the service. In some respects, this work is similar to that of other cities who are developing online ‘Welcome’ services for new arrivals. Dresden, which has faced challenges with anti-migrant protests, launched an app to welcome new arrivals in 2015. Here again, the basic service enables migrants to register for health and other support services.

What do these developments tell us about emerging service demand? First of all, they underline the ubiquity and importance of smartphones. Migrants arriving with next to nothing will either arrive with one or make it one of their earliest purchases. They also reflect the shift already under way from providing face-to-face public services towards those that are online and available 24/7. This trend is only going to grow further.

What housing solutions are emerging?

Many of Europe’s cities face a crisis in affordable housing, one of the reasons why this has been identified as an initial priority theme within the EU Urban Agenda.

For new arrivals, housing is clearly a top priority, but the current situation can make this difficult. In Germany, where the pressure is perhaps most acute, a recent Robert Bosch Foundation report concluded that there was a need for up to an additional 125,000 dwellings. In response, a range of initiatives have been undertaken to find solutions. These have ranged from establishing temporary accommodation, piloting shared schemes and (controversially) utilising empty former East German housing estates.

Again, ICT is emerging as a key part of the solution. The Refugees Welcome site, inevitably labeled as ‘Airbnb for refugees’, matches accommodation seekers to potential hosts. Operating across much of Europe, as well as Canada, the service has so far matched over 600 refugees.

Working on the same lines the UK’s Shared Lives model might offer possibilities to build upon. Aimed at supporting vulnerable people to live within communities, it matches host families to seeking individuals. Although the initial focus has been on health, the principals could be applied to support newly arrived migrants. 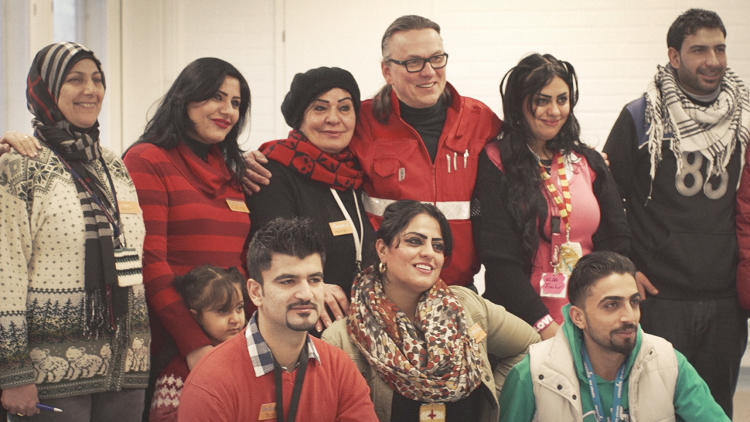 How can we meet the demand for education and employment?

A high proportion of migrants to the EU are younger people, aged under 34. In 2015 88,700 of them were unaccompanied minors. For many, their education has been disrupted. For example, of the young Syrians arriving in Europe, 25% were in education before their lives were turned upside down. Meeting the educational aspirations of these young people is another of the challenges receiving cities face.

There is widespread evidence of the educational barriers  that face migrants coming into Europe. These include a lack of familiarity with the host language which prevents participation in the education system. Another is the frequent lack of equivalence between qualifications gained in third countries. In addition, many refugees arrive with few possessions, and often lack the evidence of qualifications even if they have them.

In Germany, Kiron learning centres have created an innovative access framework linked to the country’s universities and aimed at refugees. Plugging into a network of higher education providers, Kiron offers online learning programmes via MOOCs (Massive Open Online Courses) as well as language support provision through established providers like Babbel. Kiron has crowdfunded around €500,000 allowing it to offer almost 500 scholarships. The response has been very positive and Kiron is expanding rapidly since its inception.

For adults looking to fast track into employment, education may not be the priority. Acquiring and demonstrating competencies with labour market value may be a bigger issue. For those who already have skills, but who may lack paperwork or host-country experience the growing area of microcredentialism is proving to be helpful. This reflects a growing demand from employers to have a very specific understanding of the skills people have, due to trends of generic job descriptions. Linked In recommendations are a good example of this development, labelled ‘technologies of expertise’ by Beth Noveck.

For those refugees with high skills in demand, a number of specialist services are emerging. One of these is the Refugee Doctors Programme designed by the Bridges Project in Scotland. This seeks to support qualified refugee doctors to fast track into employment within NHS Scotland. The programme is also open to dentists and pharmacists.

What conclusions can we draw from this early intensive experience?

It’s way too early to draw any hard and fast conclusions from European cities’ early experience of meeting migrant needs. The picture is so varied and messy that making generalized observations is a risky business. However….on the basis of some early feedback, here are some very early potential implications for our governance models.

The migrants’ arrival is generating demand for new services

The flow of people from the world’s most troubled corners is creating a market for services. Some of these are provided illegally, like the traffickers who charge a lifetime’s savings to take a chance crossing the Mediterranean in a flimsy dingy. Others are legal and, at times, core public services, such as the provision of housing and education for those at risk. In the middle is the growing market of hybrid services such as the smart apps which help migrants navigate the new systems and realities they encounter.

The emerging services mentioned in this article are mainly targeted at new arrivals. However, they reflect service needs already evident in our cities, such as: 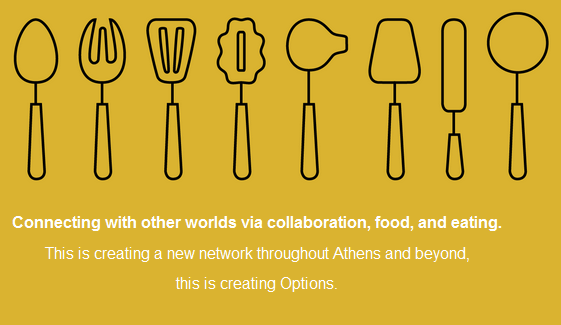 As nation states have deliberated and city administrations have wrung their hands, across Europe ordinary citizens have stepped into the breach to offer support to Europe’s new arrivals. This compassionate groundswell of public support has been one of the few chinks of light in this otherwise dark period of Europe’s history.

Yet, often our established funding models have struggled to find ways to adequately support these grassroots movements, which are often co-ordinated by unconstituted groups of volunteers. Take for example, the case of Options FoodLab in Greece, which is supporting a wide range of food-related activities bringing refugees and locals together. Yet, due to Greece’s inhospitable climate for social enterprises, they have struggled to evolve and scale.

Yes, times are tough and there is less money to go round. But this is the very time when we need creativity, energy and social innovation – and the modest financial resources to initially oil the wheels.

At the SIE event in Siracusa, Ezio Manzini, based at the Politecnico di Milano and the University of the Arts in London, gave a stimulating keynote which touched on these questions. Adopting a design-perspective, he stressed the need to reframe the narrative around migrants, and the need for a more human-centred approach. Instead of this loaded term, he suggested ‘people on the move’. He also suggested a paradigm for service redesign based on different dimensions of that experience – work that he is currently developing and that we will follow with interest.

At the high policy level, the EU and Member States are exploring solutions – such as the recent controversial Turkey deal. Meanwhile, on the ground, it’s in our cities that the practical solutions are being forged. That’s because most migrants head for urban areas, where their support networks lie and where they are most likely to find work.

In the coming months there is a growing pipeline of activity and resources relating to how our cities best accommodate and support these people on the move. Although stuck in the old lexicon, this reflects the urgency of the situation and a real commitment to learn, find and share solutions. Some of the key components of this include the EU Urban Agenda’s identification of Migrant Integration as one of its initial four priority themes. Another is the Urban Innovative Actions Programme, one of whose four initial call strands was migrant integration. Alongside this, the recently closed call for the European Social Innovation Competition focused on this theme.

In the coming months we will be reporting back on these developments. However, a clear message from the SIE event is that the challenges the “Migrant Crisis” presents are mere reflections of the fundamental ones our cities face in these turbulent times. They also act as potential catalysts for new service design and innovation, encompassing themes addressed by some of the new URBACT networks, including CHANGE!, Boostino and Interactive Cities.