Anybody who has participated in an URBACT network and worked out constructive outcomes at local level can attest to the effectiveness of the URBACT method, but also to the fact that the ways of working it inspires can often seem more like the exception than the rule of ‘normal’ administrational functioning of cities.

Encouraging and enabling urban decision-makers and practitioners to think bigger, adopt more integrated approaches and practise co-creation in their professional life is the URBACT dream. Participating in URBACT networks is a sometimes difficult, sometimes joyful experience of breaking the silos of municipal departments and between public and non-public sectors.

But it can be difficult to imagine how a more integrated approach to city functioning can spread among cities that have never had the opportunity to participate in an URBACT network. I want to share a story about how just such a process has started to come true in Poland through the URBACT-inspired national ‘City Partnership Initiative’.

How did the ‘Polish URBACT’ originate?

The ‘City Partnership Initiative’ (PIM in Polish) started in 2016 with a common initiative by the Ministry of Infrastructure (now Ministry of Funds and Regional Policy) and the Polish National URBACT Point. 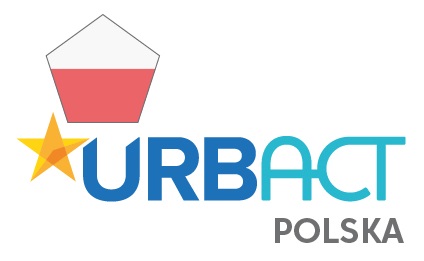 The broader European context was propitious: after adopting the Pact of Amsterdam, the first four partnerships of the EU Urban Agenda had recently started their activities and the next four partnerships were planning to recruit partners.

At the same time, the Polish government had just started implementation of the new national Strategy for Responsible Development – of which Specific Objective II (Socially and territorially sustainable development) opened the way for targeted projects for small and medium-sized cities. The Ministry of Infrastructure already had an idea for a specific City Partnership Initiative to reach small and medium-sized cities, but was not yet sure on the details of how to run such a project.

Meanwhile, as the Polish NUP, I was organising a national training session for the Polish cities involved in the first round of Action Planning Networks under URBACT III. Together with non-URBACT cities, ministry representatives and URBACT experts, the three-day event brought together 80 people in December 2016. Thanks to the facilitation of Piotr Wolkowinski, Lead Expert of the BoostInno network, all participants had a feeling to have raised their awareness on the possibilities offered by the URBACT method and the needs of the cities.

These parallel trends all leant towards the creation of a national initiative supporting exchange and networking among towns and cities in Poland towards the identification of local solutions for integrated sustainable urban development. The initiative would aim to combine the broader European approach to national urban policies with targeted support at the local level to provide city authorities with specific knowledge to address their identified needs.

How does the Polish URBACT operate?

The initiative was allocated a budget of 600 000 Zlotys for each network (approximately € 136 400 ) over three years and was designed to support many of the same actions as URBACT networks, including exchange and networking meetings among cities, PIM Local Groups of stakeholders in each participating city, and thematic experts to support each network.

The discussions at the URBACT seminar helped formulate possible areas of interest of city networking and exchange in Poland and the appropriate working method of the City Partnership Initiative, based largely on experiences of the URBACT method and the EU Urban Agenda Partnerships topics.

All cities participating in a network were expected to develop an integrated action plan (called a ‘City Action Initiative’ in the Polish context). Like URBACT Integrated Action Plans, these should be a co-designed set of concrete solutions to previously identified local challenges and problems.

On top of that, each network as a whole had to develop an Improvement Plan, a set of recommendations for the Ministry, to feed into future urban policies at the national level.

The City Partnership Initiative was given some more specifically defined objectives by the Ministry of Infrastructure:

An initiative of this scale needed a thorough preparation of its building blocks. The Ministry, in close cooperation with the National URBACT Point, which provided the necessary knowledge, prepared a set of programme documents. These included “Rules of realisation of the City Partnership Initiative”, a “Guidebook for City Action Initiatives” and a “Guidebook for Local Partnerships”. 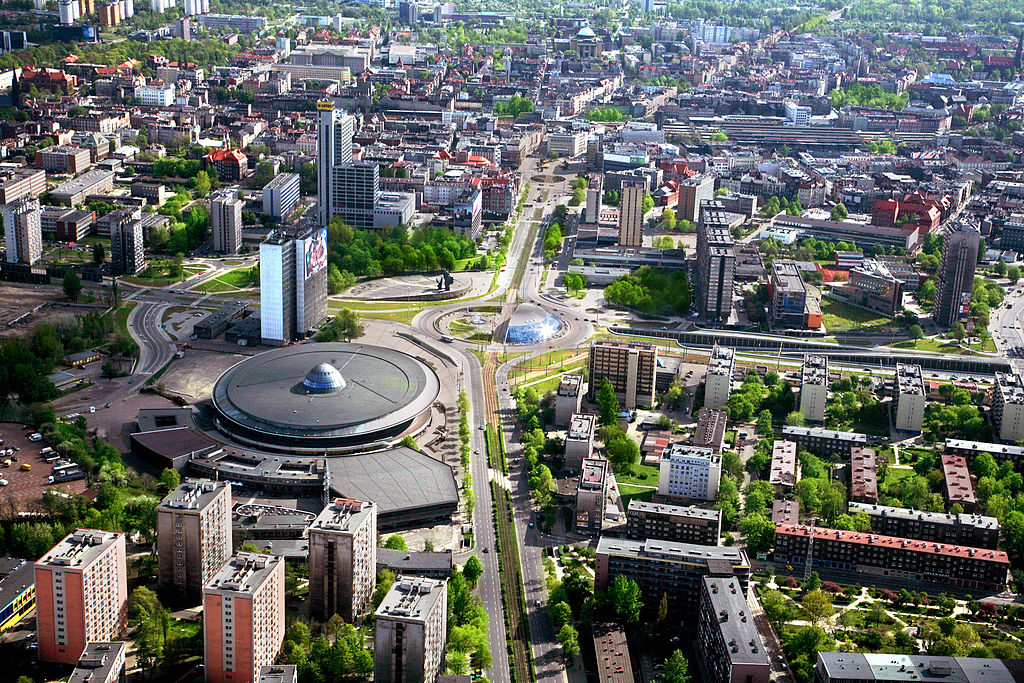 The PIM network on Urban Regeneration was led by Katowice and counted 11 Polish cities.

A first round of pilot city networks in Poland

The call was open to all urban areas in Poland, as well as associations of local governments. The initiative applied no restrictions on city size, but was clearly targeted and marketed at building the capacity and knowledge of small and medium-sized cities in Poland, which are starting to experience serious waves of depopulation.

Over 105 applications were received, indicating a high demand for this type of project. Of these, a total of 34 cities and associations of local government were selected across the three networks. Each network had an appointed thematic expert, designated by the Ministry. Their role was, as in URBACT networks, to support each network with substantive knowledge.

At each phase of the works of the three pilot networks, the National URBACT Point provided knowledge and know-how based on the long experience of cooperation with cities. However, the quantity of work quickly forced the Ministry to also open a call for an external body to provide practical support in the facilitation of the PIM Local Groups and guide them on a more daily basis.

Network meetings were organised on a regular basis, as well as combined meetings of the three networks together. For those used to URBACT national and transnational networking meetings, these occasions had a familiar atmosphere of friendly collaboration!

The final meeting of the three pilot networks took place in October 2019. A report was prepared to summarise their achievements, to finalise the Improvement Plans of each network, to compare the effectiveness of both the PIM and URBACT programmes and formulate the broad lines of the future activities of the project.

What have been the results so far?

The PIM initiative was an opportunity to test a new model of developing municipal initiatives and solutions for the development of towns and cities in Poland, based on exchange, partnership and cooperation. Its results have been entirely positive.

The PIM has succeeded in initiating cross-sectoral and multilevel cooperation around urban policies, involving representatives of the public, social and private sectors. It has proved to be an accelerator for municipalities to join efforts and establish cooperation in specific dimensions of urban policies.

This cooperation between local government units participating in the project allowed for the implementation and creation of better, more interesting and more inspiring ideas for the development of cities with the support of local stakeholders. The initiative gave the opportunity to practise new forms of cooperation with residents and consultation methods, as well as the opportunity to test innovative solutions in specific areas of urban policy –  conducting pilots in local conditions.

All this might sound normal for URBACT veterans, but is an important leap forward for so many cities in Poland that had never had the opportunity to experience it.

The formula of the project allowed for effective learning – the greatest results were achieved when the participants worked together, when they were driven by joint discussions with people with different experiences. Network partners had the opportunity to avoid mistakes or use proven solutions.

In addition, the initiative enabled enhanced collaboration between participating cities and the national level - to streamline a new communication channel that allows better, more effective adjustment of urban policies created in the national ministries to the needs of local self-government communities.

Bialystok Funtional Area took over the role of Lead Partner of the Air Quality network from Nowy Sącz.

Drawing on this experience, a new call of the Polish ‘City Partnership Initiative’ is expected to be launched by the end of 2020 for three new networks, the topics of which are yet to be defined.

Cities have already signalled their interest in participating in the project. The new call will also develop further the ties with EU urban policies at national level.

As this initiative has demonstrated its attractiveness to cities and the ministry responsible for urban affairs, other countries have started to work on similar initiatives, aimed at involving more cities in new ways of developing local level urban policies.

Anyone interested in more information about this initiative can contact the National URBACT Point in Poland or the representative of the Ministry listed on the Polish NUP website. 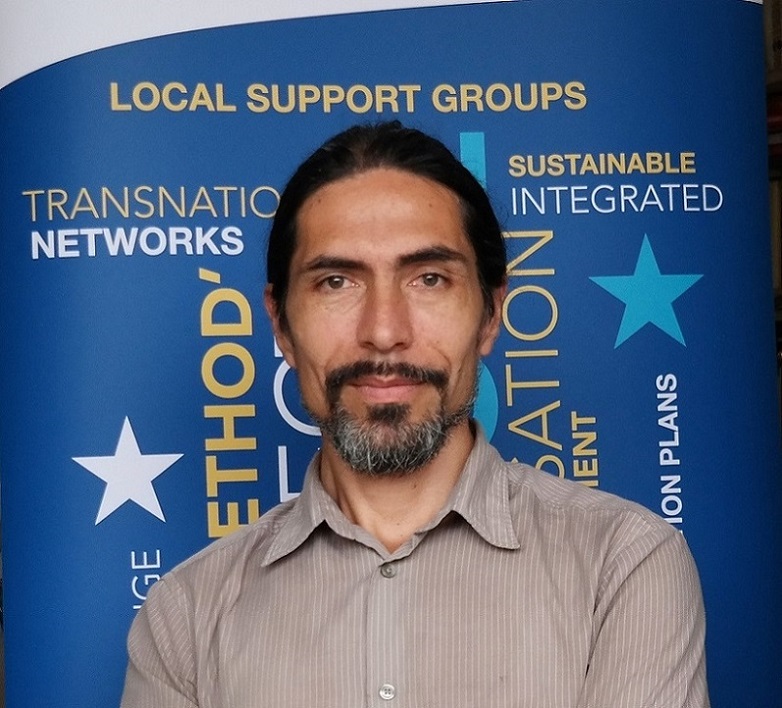