The ‘IoTXchange’ URBACT ‘project that just kicked off this October in the Portuguese small city of Fundão - better known until now by its cherry trees - grouping other small cities across the theme of ‘Internet of Things for Urban Development’, has got us all thinking about what it really takes to be a ‘big’ city.

What is your vision of a futuristic city? If we ask someone this question it is highly likely that they will come back to us with a ‘Blade Runner-like’ vision of a night scene of a megapolis being crossed by technology-driven flying cars and where everything is robotized. And they may be right – except maybe for the megapolis part. That the future means technology, we’re all convinced by now. But does it need to be big? Isn’t technology becoming smaller and smaller? Yes, there will surely be big cities in the future, but in the end everything comes down to how you define ‘big’. G.K. Chesterton, the Victorian writer, said it about men, but it reads irresistibly about cities too: ‘there are big cities that make us feel small, but the real big cities are the ones that make us feel big’.

Internet of Things (IoT in short) is just the technology that can help a city become big, in this sense of helping its citizens, its companies and institutions, to feel big. It is a giant opportunity for small cities to play in a ‘bigger league’ just as Fundão has been doing in Portugal, competing (and winning) with much larger cities for the attraction of world-scale technology corporations (just as Altran and Altice) and qualified skills into its territory. In this new URBACT APN (Action Planning Network) Fundão will be teaming up with other six small cities (Ånge in Sweden, Dodoni in Greece, Jelgava in Latvia, Kežmarok in Slovakia, Nevers in France and Razlog in Bulgaria), one university (Åbo Akademy in Vaasa, Finland) and one regional development agency from Saxony-Anhalt, in order to share knowledge and experiences that help each city developing a new action plan for the development of IoT in its urban space. 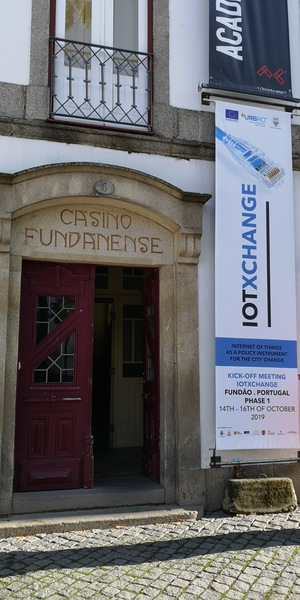 In the kickoff at Fundão, that spread trough 3 days between the 14 and 16 October, city representatives started to map their interests, areas for learning and good practices to share across two main dimensions that can influence urban competitiveness and growth: the development of a competitive IoT ecosystem that allows the capture, transmission, storage, analysis and use of urban generated data; and the development of concrete applications on the basis of such data, that can improve urban life. A competitive IoT urban ecosystem must encompass a sound technology infrastructure (sensors, actuators, 5G networks, data lakes,…), but also suitable working spaces (such as incubators for new companies, fablabs for testing), promotion activities (events, hackathons), development of skills and a funding system for investment in the best ideas. Applications can cover public/city services (e.g. waste or water management), health & quality of life (e.g. air quality monitoring), tourism (visitors’ info), education, energy or mobility (e.g. traffic management). Each of the cities in the project has something in one of this area that can inspire others – a lot to learn too! For instance, Fundão is pioneer in Europe in developing IT skills of primary school students, while Dodoni has advanced applications for the monitoring of touristic archeologic sites and Åbo Akademy has developed a state of the art IoT technological platform for the city of Vaasa.

The URBACT project will allow to combine these knowledge and experiences from the different cities, while maximizing the synergies that clearly exists among them, for instance in specific economic sectors. All of the partner cities share similar economic development paths, with strong agricultural roots, which make aggrotech a relevant sector for the project, building in experiences as those of Jelgava where smart farm monitoring via IoT is already a common practice. Building on the now established URBACT model, each city will share its learnings in the project with the local stakeholders and implement a participative co-production process that will lead the city into a new path of development and growth. The meeting in Fundão was such a great to opportunity to witness the start of this journey.

It is very likely that, unless you live in the same country, you have never heard of Fundão, Razlog or Ånge, just to name a few of the IoTXchange partners. But if you’re into IoT, or if you are simply looking for the best examples of quality of life that technology can enhance, you most probably will hear about them sooner or later. Don’t leave it for too late – google ‘IoTXchange’ and discover what these cities are, and especially will be doing, for improving urban life with the use of Internet of Things! 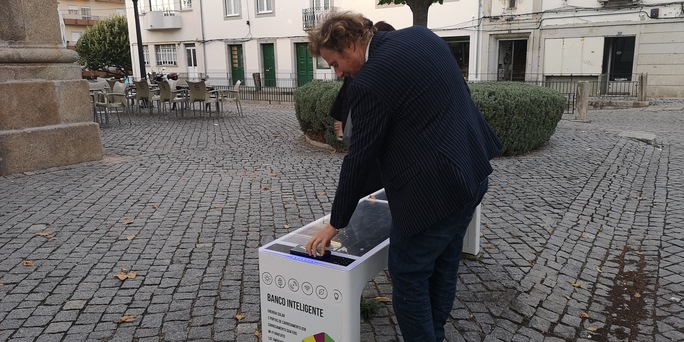 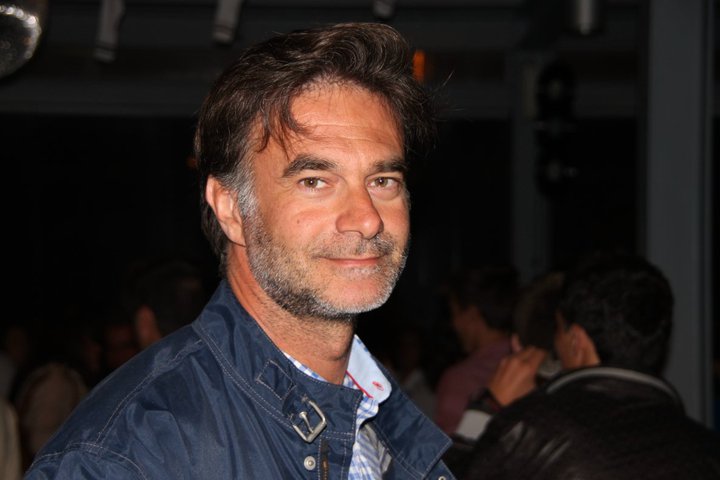 Submitted by Eurico Neves on 28 January 2020