The “Green Line” project for a “green” Bistrița city

Over the last 10 years, congestion in the city of Bistrița has continued to worsen with an increase in the number of cars on the roads and an intensification of road traffic. This has led to the rise in air pollution caused by transport and an overcrowding of parking areas. Nevertheless, urban public transport still has an important role in the development of cities, facilitating the population's access to jobs and services

In the Historical Centre of Bistrița, there are no public transport lanes with the area being suffocated by small vehicles. The result is an unsightly appearance, and an especially high concentration of polluting emissions which negatively impacts the quality of residents lives. This area is also characterized by the existence of local public institutions, and schools, as well as being the commercial and touristic hotspot of the city; all of which being large traffic generators.

Having this in view, Bistrița Municipality has implemented a series of urban mobility projects in order to develop a modern, efficient, safe and "clean" public transport. One of these projects is the “Green Line” - A public transport route utilizing ecological/ electric means of travel. This project is financed through the Regional Operational Program and is being carried from March 2019 –march 2022.

The objective of the project is to ensure an efficient service of public passenger transport is made available that uses sustainable energy and improves the public confidence in the use of non-motorized ways of transport. This project is designed to reduce the number of trips by private transport (private cars) and to reduce CO2 emissions from transport by configuring/ reconfiguring the urban streets infrastructure.

The solution proposed through this project is to create and develop a new public transport route for a fleet of electric buses which will cross the town from west to east, through the city’s historical centre. The route will provide a green and efficient commute for citizens residing on the outskirts of the city, wishing to access the centre. The fast, clean transport proposal will also be initially offered to residents free of charge as further incentive to change their commuter habits and give up their private cars. In addition to the incentive,  a policy of progressive parking taxes is being proposed to gradually eliminate private motorized traffic in the historical centre. 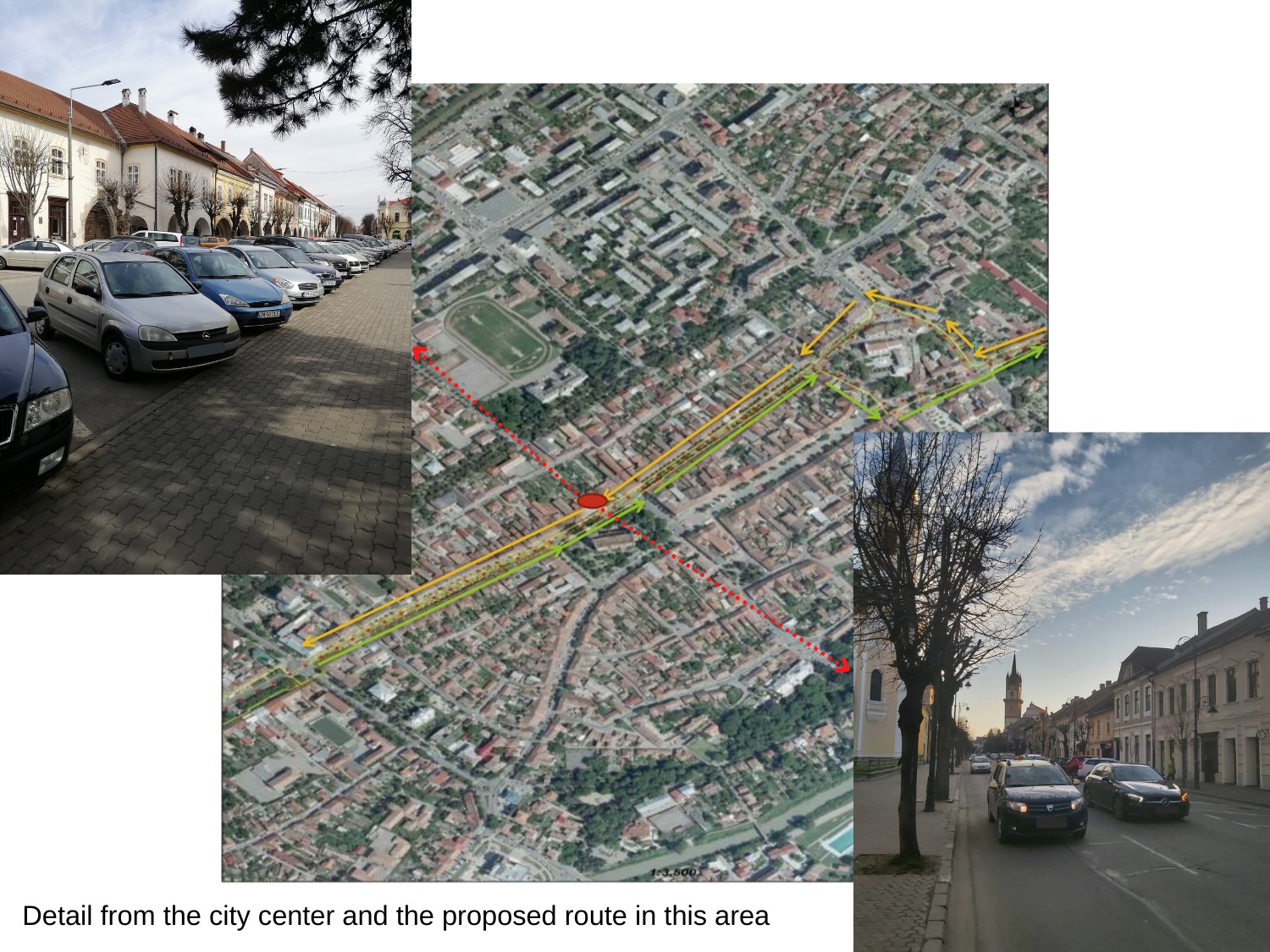 Through this project the following will be achieved:

- upgrading of the cars transport lanes (the roadway part), as part of reconfiguration / configuration activity of urban streets with dedicated lanes

- building a depot for local public passenger transport by electric buses, with a command center for green line traffic management.

- purchase and set up of charging points for electric buses

The expected results after 5 years from the end of the project implementation:

-Decrease of the CO2 emissions – equivalent from the urban area, from the road transport by 2370 tones CO2 equivalent;

-Increase the number of bicycle lanes users by 25,550 persons.