Amidst the usual cycles of networks opening and closing, URBACT continues to give a platform for cities to scale up ideas and drive change at local, national and EU levels.

From knowledge to action

URBACT Knowledge Hub took off in 2019 with the Gender Equal Cities initiative, in collaboration with the CEMR. Building on the knowledge of women active in the URBACT community and beyond, URBACT created a space for raising awareness of gender-based inequalities at local level and highlighted how cities can take action.

On March 7th, the day preceding International Women’s day, the Gender Equal Cities report was launched during a roundtable in Brussels with representatives of the Commission and UN Habitat. This triggered a series of actions in Europe to promote Gender Equal Cities, from presentations during the European Week for Regions and Cities in October, to online training sessions for URBACT cities and beyond.

The momentum will continue next year as the new network: Gendered Landscape - a spin-off of the Gender Equal Cities work, as it enters its implementation phase. Led by the city of Umeå (SE), the network aims to develop new initiatives and projects with an understanding of gendered power structures in six other cities.

Beyond gender equality, URBACT Knowledge Hub’s actions for 2020 will focus on the right to housing, the vitality of smaller cities and procurement. 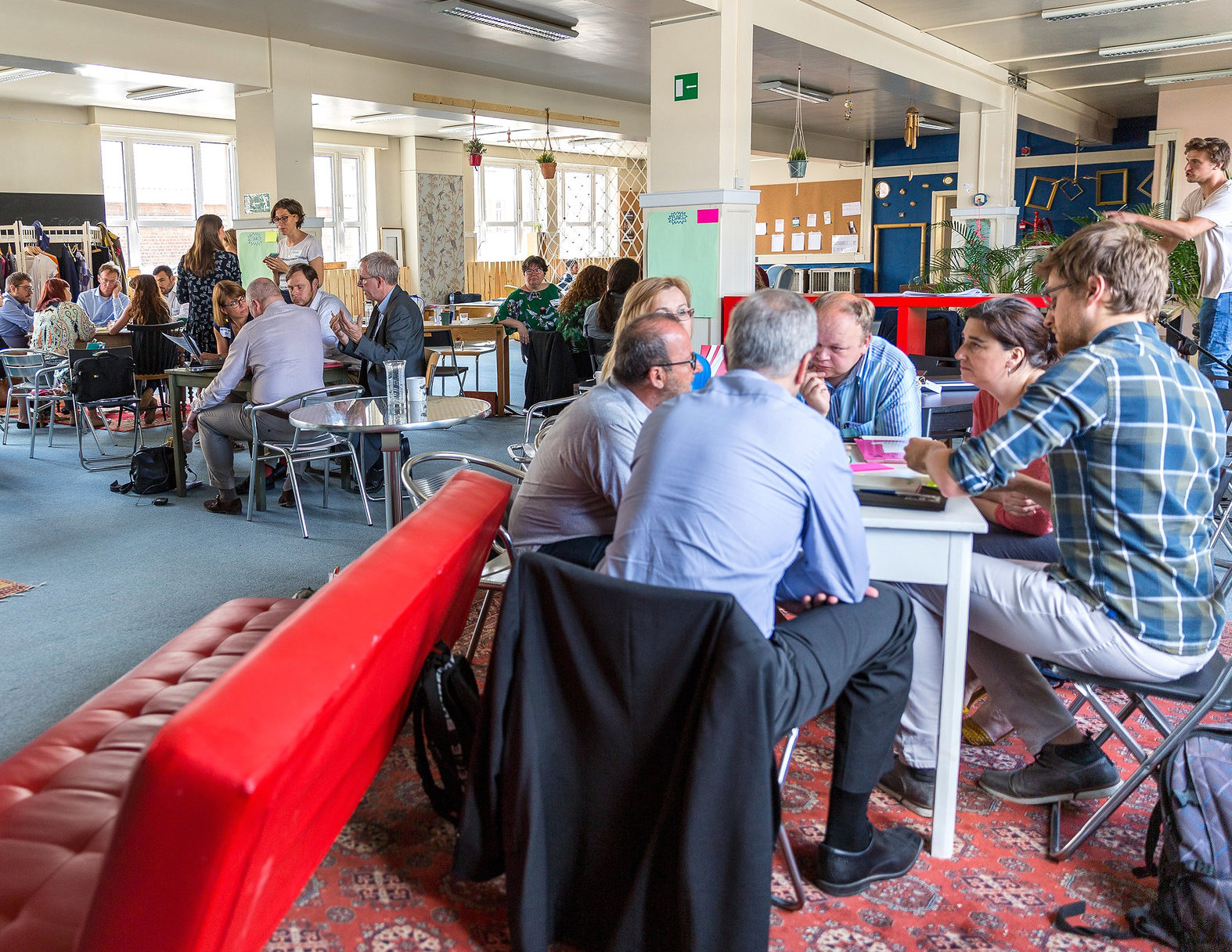 Next July, Germany will take on the crucial role of president of the European Council. URBACT will continue to work alongside the German Federal Ministry of Urban Affairs to input into the renewal of the Leipzig Charter. In 2007 this founding document underlined the principles of sustainability, integration and participation – all concepts that are now taken for granted by urban policymakers, but can still remain unclear to city practitioners. Between autumn 2018 and May 2020, URBACT organised a series of City Labs to explore what these principles mean for cities nowadays and what else should be in the refreshed Leipzig Charter.

During the City Labs in Lisbon (PT), Brussels (BE) and Warsaw (PL), participants highlighted the impact of new global challenges on cities. They stressed that the climate crisis, migration flows, growing inequalities and distrust in government not only require new principles and words enshrined in documents, they also mean new ways of working for urban practitioners, closer to citizens, especially the most vulnerable. In addition, decision-makers need to accompany these fundamental changes with new policies, funding and regulations.

The next City Lab will look at the concept of balanced territorial development during the Cities Forum in Porto in January before a final event in spring 2020.

The last call for networks of URBACT III saw 23 new Action Planning networks approved. Bringing together existing URBACT cities and newcomers, the networks will continue their action planning in 2020 to tackle issues such as homelessness, climate change and urban security.

On top of their regular transnational meetings, city practitioners and local stakeholders will gather during URBACT Summer University. Bringing together more than 500 city leaders, this flagship URBACT event will equip the networks with the right tools to develop their integrated action plans whilst motivating and inspiring them to take action.

Looking at 36 city examples, URBACT has identified five common challenges that cities are facing when delivering integrated and sustainable strategies for urban development such as participation, measuring performance and public procurement. For each challenge, URBACT published a series of guides and tools which can be used by cities to achieve success in implementation.

These tools are only a sneak preview of the forthcoming URBACT TOOLBOX that will be available on our website in early 2020. This one-stop-shop for cities will gather all the tested tools of the now well established URBACT method.

There is more to come in the second half of 2020. After going through an inward-looking process by which our 23 transfer networks have dismantled a Good Practice to assess how best to replicate it in other contexts, they should be ready this summer to share their findings with the rest of the world!

These Good Practices are among the 23 selected from 97 entries submitted during an open call in 2016-17. In other words, this six month ‘sharing period’ will showcase the best of the best of URBACT’s networks – so stay tuned!

URBACT and public procurement: a wealth of knowledge to share