Levente Polyak looks at the pros and cons of Riga’s NGO House in Teika (LV), sharing its story from its inception to its five year anniversary.

On an early afternoon in May, I was sitting in a taxi, heading to Riga’s semi-peripheral Teika neighbourhood. Trying to hail a taxi in the wrong place at the wrong time, I was late for my meeting with Selīna Vancāne, the representative of the neighbourhood association Sveika Teika. When I arrived to our meeting place: the NGO House, she was working in her office. “This place is perfect for us,” she told me. “As all our activities are concentrated in this neighbourhood, the NGO House is a great help for our organisation.”

The corridor was quiet, but as Selīna took me around, noise emerging from behind closed door revealed many activities: a group of artisans working on clay objects, members of a youth association discussing plans, representatives of newly born NGOs learning about administrative tasks at a seminar and piano music filled just one of the building’s corridors. For a Wednesday afternoon, the building proved to be full of activities!

An exercise in building trust

Public civic cooperation has never been as important for European cities as it is today. Fading trust between public administrations and society, rising authoritarianism and deteriorating services all make urban life harder, especially for the most vulnerable social groups. In turn, sharing resources and responsibilities between municipalities and civil society actors has helped cities increase participation in urban development issues but also cooperation in co-producing urban space and co-creating urban services.

Riga’s NGO House is one of the pillars of the municipality’s recent attempts to build bridges with civil society. Opening in 2013, the NGO House was the manifestation of a broader will to strengthen the city’s civil sector. In 2010, with the help of the Latvian Civic Alliance, the Municipality began organising the Citizen Forum, taking place yearly aiming to expose the needs of NGOs. The idea of the NGO House was indeed born in the first Citizen Forum: civil society organisations expressed their need for a building where they could pursue their activities. In the same year, the City Council established an Advisory Board on Social Integration Issues, and in 2013, the municipality signed a Memorandum of Cooperation with 138 NGOs.

Riga is the natural centre of Latvia’s civil society. About half of the country’s 23,000 NGOs are based in Riga, contributing to a strong and diverse civil sector. However, the lack of available space for citizen initiatives has been an issue with many buildings standing empty due to the city’s decreasing population and demographic reorganisation. While some civil initiatives were looking into privately owned, abandoned residential and industrial complexes across the city, the municipality refurbished one of its properties, an unused school building in the city’s Teika neighbourhood.

The NGO House was inaugurated in September 2013 by members of the Riga City Council and municipal officers. A platform of public-civic cooperation run by the Department of Education, Culture and Sports, the NGO House offers space for the NGOs daily activities and events, but also helps them develop activities on site. It was designed to suit its users needs: making use of its ten different premises including a large event space for over 200 people, several offices, seminar rooms, workshops and a computer room. The House organises consultations, conferences, trainings and seminars for its users and the wider community.

Let the stats do the talking

The NGO House’s numbers are impressive: since 2013, over 50,000 people from over 500 organisations have visited events in the building. In 2016 only, there were almost 1700 events organised by the community of the House, including over 100 capacity building events. These numbers speak for themselves: the NGO House responded successfully to the need for a civic space articulated by citizens and has become a reference for citizen initiatives in need of support. Moreover, through its twinning and networking programmes that have created long-lasting partnerships between organisations, the NGO House also contributed to a denser, more interconnected civil sphere in Riga.

Despite attempts by the NGO House staff to broaden the building’s audience, they have not yet managed to reach the whole spectrum of NGOs in Riga. Unlike Sveika Teika, the neighbourhood association that found its natural habitat in the building, for many organisations, the Teika area is out of the way and they do not find it particularly useful to organise their meetings there. “Others, mostly elderly residents, are ready to travel there from other parts of the city” explains Zinta Gugane, NGO House project coordinator, “but this is not an option for many active organisations.”

The solution? “Every neighbourhood would need an NGO House,” concludes Guntars Ruskuls from the City Development Department.

There is another limitation to the appeal of the NGO House. With spaces having to be reserved in advance, and only available for specific activities but not permanent use, the NGO House currently does not address more established NGOs that are cornerstones of the city’s civil society and have their own spaces and organise their own events. “When they’re too big, they go on, leave the structure and continue somewhere else,” acknowledges Zinta Gugane. It appears the NGO House is most useful for a specific segment of civil society.

The Riga Municipality is not alone in its quest to create closer links with civil society. The challenges Riga faces in creating new interfaces for public civic cooperation are shared by many other municipalities across Europe. For instance, the city of Santa Pola in Southeast Spain is looking to include new buildings into its network of spaces accessible for citizen activities. Dubrovnik in Croatia is in the process of building a new governance structure for its former quarantine complex, linking it to other spaces across the city. Siracusa in Sicily is about to relaunch its Citizens House and Youth Centre and link them in a network with the freshly opened Urban Center. Espoo in Finland is looking for ways to improve the capacity of NGOs working with migrants and refugees, while Brighton and Hove in the Southwest of the UK is seeking to create more straight links between municipal services and civil organisations. 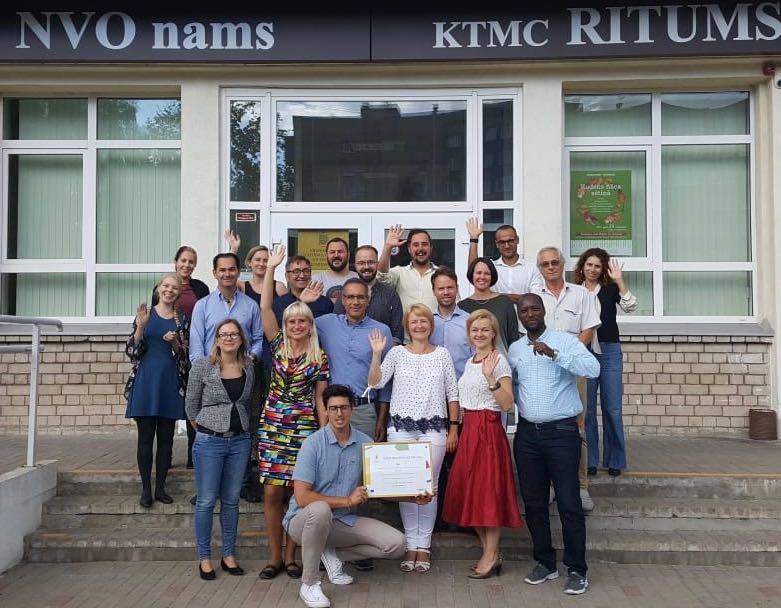 In 2017, the NGO House was selected as an URBACT Good Practice. In the coming years, within the URBACT Transfer Network ACTive NGOs, the Riga Municipality will engage with the cities of Brighton and Hove, Dubrovnik, Espoo, Santa Pola and Siracusa to share with them many elements of the good practice, the NGO House and the whole set of policies that were created by the municipality to support NGOs. Meanwhile, experiences from all cities will be shared with each other, allowing for the knowledge exchange to go beyond a uni-directional learning process.

Conceiving the NGO House as part of a platform for public-civic cooperation, ACTive NGOs will focus on a number of dimensions that contribute to a stronger civil society.

Half a decade of hindsight

In September 2018, only a few days before the NGO House celebrated its fifth birthday, representatives of cities from across Europe have gathered in Riga. The perfect occasion for the hosts to tell the story of the institution to a few dozen municipal officers from Brighton and Hove, Dubrovnik, Espoo, Santa Pola and Siracusa!

Besides sharing Good Practice, the event also created room for critical feedback and open new ways to improve the Good Practice itself. Public-civic cooperation is always changing and evolving, and municipalities must simultaneously guide and follow their civic partners towards real citizen empowerment. 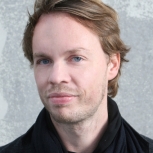 Submitted by Levente Polyak on 14 February 2019