An Armenian Hungarian guy from Romania and his URBACT transfer story

When I was a child, my grandmother always told me a lot about being Armenian. It was weird to me because we lived and actually still live the same way as the Szekler majority in my town, Gyergyószentmiklós (Gheorgheni, Transylvania). Years passed and while I was organising the pilot festival as the ULG coordinator of the Come in! Transfer Network I realized that many residents hiddenly cope with the same duality.

I first heard about URBACT in 2018, and in the same year I attended the Budapest100 community festival for the first time. At this event, dozens of residential houses open their doors for the public over a weekend, and residents tell stories about the house, themselves, and each other. I immediately realised that there would be lots of stories to be told in Gyergyószentmiklós, because my city seems average, but it has unique stories under the surface. Located in the corner of the Carpathians, several nations have been living here together over the centuries: Hungarians, Szeklers, Romanians, Jews and Armenians

My family lived in this house in 1891

Armenians were relocated to Transylvania from Moldova in the 17th century bringing their wealth and culture. The first houses of the current city centre were built by them and the urbanization of the town was also initiated by them. Then, after living together for 350 years, they completely assimilated to the local population (Szeklers). According to official statistics there are no Armenians in my town, yet, a significant number of residents are proud of their Armenian origin. 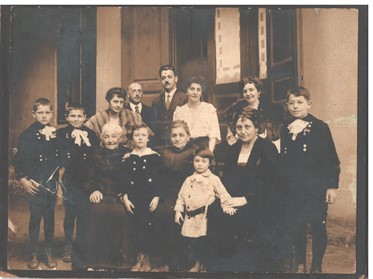 My great-grandfather in the middle as a young boy

Budapest100 and the URBACT 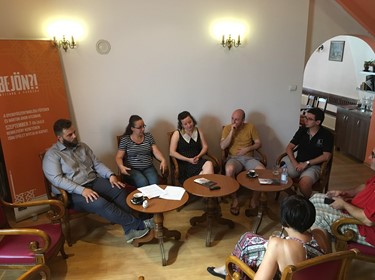 returning home from the Budapest100 festival and sharing my experience with a couple of my architect friends, explaining not only the good practice, but also how URBACT helps to transfer this good practice in my hometown, I suddenly realised having a team. Everyone was enthusiastic since the built heritage is important for us and because we are all connected to the Armenian culture of Gyergyószentmiklós. Implementing the good practice (a community festival) in a different cultural context on a very different urban scale seemed difficult. URBACT provided a lot of help, tools and methods for both communication and organization. Due to the size of the city and the target area, it was also given that the most appropriate communication channel could be realized through personal contacts. 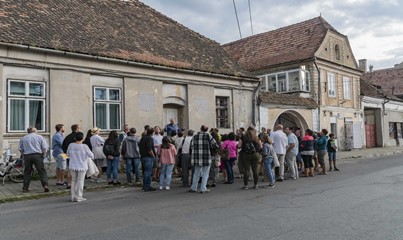 knows everyone in my town. The local organizing team (Urbact Local Group) took advantage of this, as every group member should know or should had a person knowing someone who lives in an Armenian house or having an interesting story about Armenians. This is how the transfer process was developed: a small - even family-style - community festival. In September 2019 we organised The day, linked to the annual Armenian Festival (that operates on a very high artistic way): ten open houses including unusual, hardly accessible places, an urban treasure hunting game, four guided walks - new and contemporary ways where residents could get in touch with history and built heritage. All-day buzzing in the city’s main square, but most importantly: stories. Plenty of uttered and described stories. After all, everyone has a story. In my town, even houses can tell stories.

There were a lot of obstacles during the preparation, but the ULG overcame all of them, and on September 7, 2019, ULG members organised a successful event that really moved the city. Nearly 500 participants were curious about exploring the hidden treasures of the town. Both physically and emotionally. After all, this small company touched on a sensitive topic. There were those who came to learn and there were those who remembered. To see the buildings in some places in ruins that were taken from their grandparents against their will. Yet most of them went out to the community festival because they wanted to discover the built value that surrounds them every day. We see the success of the event in the fact that locals talked about it on the streets for weeks.

"That's how we should talk about the built heritage. Because this way is not boring" -Köllö Miklós, architect.

The team was also prepared to learn more from the experience in 2020 with even greater enthusiasm. And then came Covid-19. 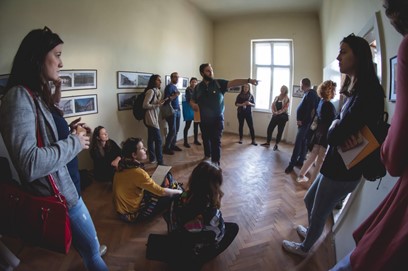 Me telling my story during the festival in 2019 for Come in! partners

After being frozen during the lockdown for weeks, we finally launched a Facebook group entitled as "Gheorgheni from My Window" where residents could upload photos taken from their windows. 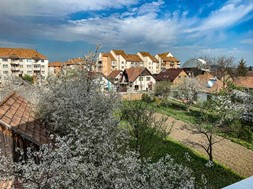 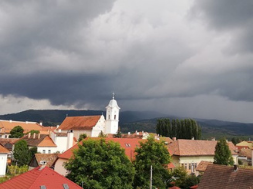 We drew attention to the importance of the built environment this way. The group is still very popular, it has 2400 members and more than 5000 shared photos. But the hope that we can celebrate the built heritage of my town together again has not passed and we are ready to continue.

Being part of “Come in! Network” was the focal point for me, realizing that every story around me is interesting. During the transfer, I was able to discover how important stories of people and houses are. If you are reading this article, please tell a story about yourself, your house or your city to your friends, children or grandkids, because these personal stories linked to a locality can even serve the basis of a community festival years later, just like it happened to me.

Submitted by Adrienn Lorincz on 07 April 2021