The Arrival Cities Network celebrated the end of two years of collaboration and exchanges with a project final event which took place in the premises of the Committee of The Regions on the 24th of April.

After two years of local and transnational meetings, having investigated the challenges, good practices and new models to create policies that foster migrant’s integration and their effective inclusion, the Arrival Cities Network held its Final Conference and Dissemination Event.

The Network has been eager to have the participation of the URBACT Sectretariat in the persons of Celine Ethuin and Emmanuel Georges André Mulin who held the introductory speech. After that all project’s Local Coordinators, divided in two panels - Towards Shared Solutions I and II - presented some insights of their action plans, later their Mayors and elected representatives participated in a debate – What are the needs of the Cities? – during which they stressed the importance of promoting the inclusion of migrants in our cities and the fact that they have to be seen as an opportunity of change and evolution for the society itself and not as a problem. It was repeated several times during the conference that:"there is no migrant's crisis, only a crisis of the management of migrants".

In the last session "Setting the Arrival Cities Project whithin the European Context" which was moderated by Laura Colini URBACT Program Expert, we have seen the participation of four experts: Mr.Savary Head of Unit - DG Home, Sabina Kekic (from the City of Amsterdam - Coordinator of the Urban Partnership on the Inclusion of Migrants and Refugees), Kleio Papapantoleon (President of the Greek League of Human Rights) and Anna Piccinni (Plicy Analist at OECD) who contributed in framing the outcomes of the project in a wider context.

We thank all the participants, speakers and cities’ delegates which contributed to the success of the conference.

Towards Shared Solutions I

Setting the Arrival Cities Project within the European Context

Others links and resources 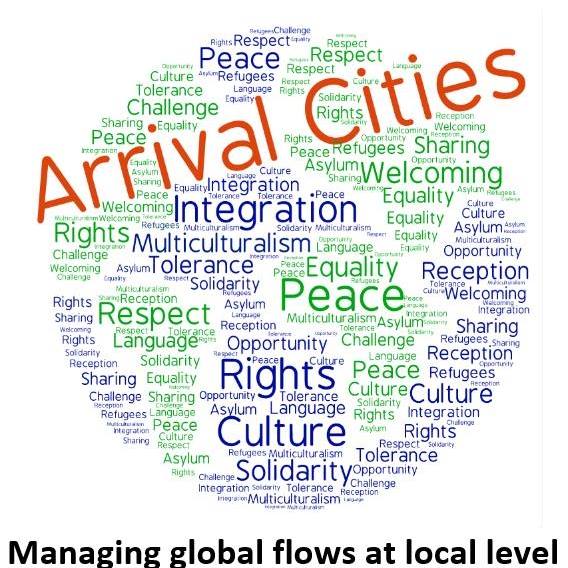