Home » Integrated Urban Development » What on earth do the arts and culture have to do with climate change?

What on earth do the arts and culture have to do with climate change?

Claire Buckley, URBACT Lead Expert and Director of Environmental Sustainability at Julie’s Bicycle says time is of the essence.

In the grander scheme of things, the arts and culture sector is not the biggest contributor to global greenhouse gas emissions. And so, the question from Radio Wrocław “What on earth do the arts and culture have to do with climate change?” to representatives from Manchester (UK) and Wrocław (PL) during a day of exchange on this issue, did not come as a big surprise. It is, however, well worth unpacking and, one at the heart of a new project on how the arts and culture can lead climate action in cities, funded by the EU’s URBACT programme.

Human activity and our dependence on fossil fuels is changing our climate. This is taking an increasing toll on the natural systems which sustain us, on our health, wellbeing and prosperity. Climate change is a systemic issue, rooted in global economic, social, cultural and value systems locking in unsustainable consumption, inequality and a disconnection from nature. Policies, technology and investment alone will not be enough to address it. We need hearts, minds and a shift in our cultural values. No sector is better placed to bridge the gap between what we know and what we feel and support a values’ shift than the arts and culture. This is particularly relevant when it comes to cities, on the front line of climate change, and where art and culture connect citizens to the cultures which define them.

According to the World Bank’s 2017 Urban Development Overview, cities generate over 80% of global GDP and more than 70% of global greenhouse gas emissions. Rapid urbanisation (with predictions of 60-70% of the world’s population living in cities by 2050), coupled with the effects of extreme weather and sea level rise, are putting increasing strain on city infrastructure and resources, exacerbating challenges such as air pollution and impacting on people’s health and wellbeing. Urgent and rapid city action is crucial if we are to limit global temperature rise.

While the economic and social value of the arts and culture is increasingly recognised in cities, there has been much less recognition of how they can contribute to creating future-proofed, sustainable cities. This is starting to change, as evidenced for example through the World Cities Culture Forum’s Culture and Climate Change Handbook for City Leaders (2017). 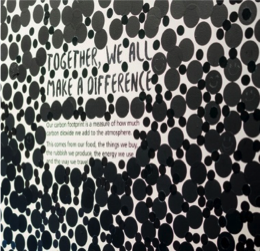 Manchester is one city that already demonstrates what the sector can achieve by working together on climate action and how it can support city climate change strategy. The Manchester Arts Sustainability Team (MAST) has become one of the city’s, and indeed the UK’s, most successful examples of environmental collaboration and, in 2017, Manchester was awarded URBACT Good Practice City status in recognition of MAST’s work.

MAST is a network of about 30 arts and cultural organisations – from community arts centres and iconic cultural venues to an internationally renowned festival and national broadcasters - working together on climate action and engagement. It has come a long way since it started out in 2011. From a small group taking practical action, with external facilitation and funding, it has evolved into a network funded and run for and by its members, actively contributing to city climate change strategy and targets. MAST enables members to meet face-to-face, share common challenges and opportunities and link directly to what is happening on a city level. MAST’s five-year report (2017) tells its story, shares its achievements and learnings as well as a wealth of good practice.

For Dave Moutrey, Director and Chief Executive at HOME Manchester, a MAST member, and Director of Culture for Manchester City Council, it is no surprise that the sector has come together to act on climate change and shape the city’s climate change strategy. “Culture is in Manchester’s DNA. We understand the value of culture to our well-being, prosperity and vitality as a city, and the arts and culture sector has a well-recognised part to play in contributing to all city priorities.”

As an URBACT Good Practice City, Manchester is now leading a transfer network - C-Change: Arts and Culture Leading Climate Action in Cities - with five other city partners - Wrocław (PL), Mantova (IT), Gelsenkirchen (DE), Šibenik (HR) and Águeda (PT). Together they have a combined population of 1.6 million people and greenhouse gas emissions of about 9 million tonnes. Together they are working to build on and learn from Manchester’s experience with cultural collaboration on climate.

Like Manchester, all partner cities - including two former European Capitals of Culture, four UNESCO World Heritage sites and one former national Capital of Culture - have the arts and culture at their heart. They all recognise the sector’s contribution to city life, well-being and prosperity. Águeda, for example, has over the last 10 years, seen the economic and social benefits of nurturing its arts and culture scene, through i.a. a city-wide urban art programme, its AgitÁgueda festival, artist residency programmes and investment in a new contemporary arts centre. 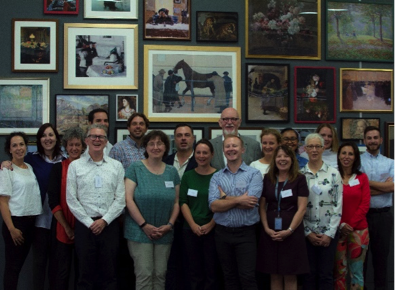 All are already experiencing the impacts of climate change, from rising sea levels in Šibenik and flooding in Wrocław, to urban heat island and health impacts in Mantova, Wrocław and Gelsenkirchen and forest fires around Águeda and Šibenik. Most already have well-developed climate change strategies and are signatories to the Covenant of Mayors for Climate and Energy.

While all cities are experiencing the impacts of climate change, people’s perception and level of awareness varies greatly. For those moving from an industrial past, many, and older generations in particular, have actually perceived an improvement in environmental conditions. While in Gelsenkirchen, there is generally a higher level of climate change awareness, there is also a certain ‘climate fatigue’. Each city has different levels of experience with climate change engagement. While in some cases individual organisations are taking action, none of the cities have yet actively involved the sector in climate change initiatives. Crucially, all cities share a recognition of the role the arts and culture can play in engaging citizens on climate change and inspiring and mobilising action.

“Climate change is one of the greatest challenges we face as a society, a challenge which requires an urgent and rapid response. As a city to which the arts, culture and cultural heritage are central - to our past, present and future - I can think of no better sector than the arts and culture to take on this challenge.” Petar Mišura, Head of the Department of Economy, Entrepreneurship and Development, Šibenik

C-Change will require a new way of working, which brings both opportunities and challenges. In Wrocław, one of the key issues will be building sector collaboration. According to Katarzyna Szymczak-Pomianowska, Wrocław’s Head of Sustainable Development “We now aim to support arts and culture in our city in coming together to act on climate change and support us in helping our citizens understand the issues we face and take action themselves."

For Gelsenkirchen, at the heart of the Ruhr conurbation, developing a collaboration model that works for both the city and other cities in the Ruhr region will be both the greatest challenge and the greatest opportunity. For Šibenik, which does not have a climate change strategy, its involvement in C-Change is an opportunity to learn from other cities as it starts to build climate change in new city strategy and link in culture from the start. 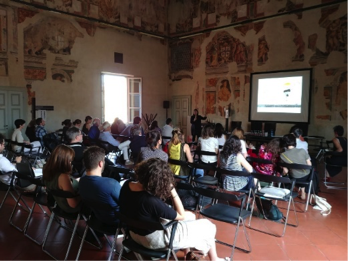 “Mantova is particularly excited about how exchange with other European cities can help us bring our cultural and our environmental strategies closer together with active involvement of the arts and culture and help us in working towards our priorities as a city, from climate change to urban regeneration, heritage conservation and public participation.” Adriana Nepote, Councillor for Research and Innovation, University and European Projects

In Águeda, both city and sector are already active on climate change. C-Change is a chance to accelerate progress, in particular engaging and mobilising citizens in a way which directly supports the city’s ambitious sustainable development goals. "Art, culture and creativity can be a particularly effective means of engaging the public on climate change and cultural actors are playing an increasingly significant role in this area. We welcome the opportunity provided by C-Change to exchange experience on climate action and engagement, for the enrichment of all.” Elsa Corga, Alderwoman of Águeda Council and Councillor for Culture

As the C-Change partners embark on this innovative and timely collaboration, one thing is absolutely clear. There is no time to waste. 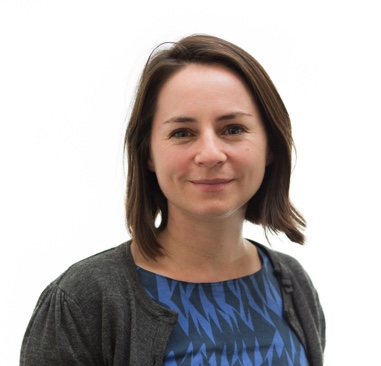 Submitted by Claire Buckley on 14 March 2019