The Barcelona Metropolitan Area, Lead Partner of the RiConnect network, is developing a forward-thinking vision for a more equal and sustainable metropolis. To do so, acting in mobility infrastructure is key, and RiConnect is part of such efforts.

The Barcelona Metropolitan Area (AMB) is the public administration of the metropolitan area of Barcelona, which occupies 636 km2 and encompasses 36 municipalities with more than 3.2 million inhabitants. The metropolitan area occupies a strategic position in southern Europe, in the middle of the Mediterranean corridor that connects Spain with the rest of the continent. This privileged position has allowed it to become the epicentre of Catalonia. Its territory includes the agricultural areas of the Llobregat River Delta, the fully urbanised areas of the Barcelona plain and the large green areas of the massifs of Garraf and Collserola and the Marina mountain range. Within Spain, the AMB is the only existing metropolitan government and the largest metropolitan conurbation in the western Mediterranean, generating half of the total GDP in Catalonia.

The AMB was set up in 2011 and replaced three existing metropolitan entities, namely the Mancomunitat de Municipis de l’Àrea Metropolitana de Barcelona (Union of Municipalities of the Metropolitan Area of Barcelona), the Environmental Agency and the Metropolitan Transport Agency, in an effort to rationalise and simplify metropolitan governance by creating a single administration. The entity manages different areas related to territory and urban planning, mobility, environment, economic development and social cohesion and takes part in actions and activities that help develop its territory into a more sustainable, equitable and attractive metropolis for all. 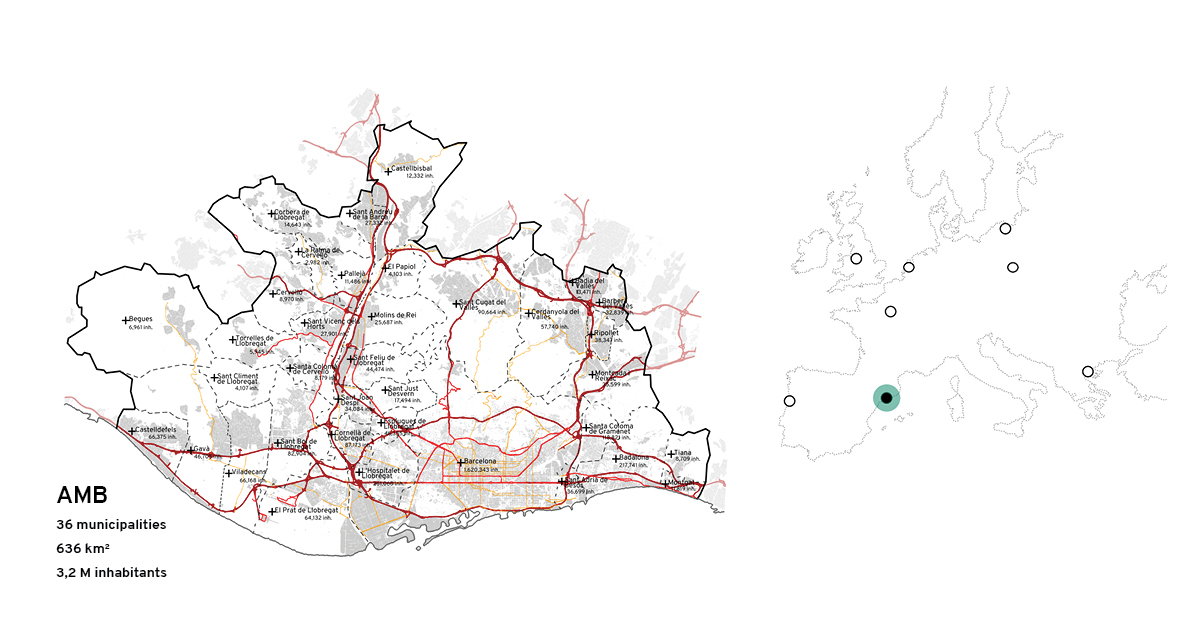 The AMB also works to provide its citizens with basic needs such as water, housing and sanitation. As such, it has competences in the areas of waste management and is involved in most water-cycle activities. The institution is responsible for handling the large volume of waste that the metropolitan area generates, while promoting its reduction, sorting and possible reuse. In regards to housing, the Barcelona Metropolitan Area holds the authorities on land and housing policies established by urban laws. It also defines land and housing policies within the Metropolitan Urban Master Plan with the aim of ensuring intermunicipal solidarity in these actions, along with exercise of the constitutional right to housing. In addition, the AMB carries out territorial planning actions to assign land to industrial and tertiary uses, promotes affordable housing, and is responsible for the construction of public facilities commissioned by metropolitan municipalities. In this regard, it is also heavily involved in managing public spaces such as parks, beaches and rivers, and it manages the urban improvement services, uses, maintenance, activities and projects carried out in these areas.

In doing so, the AMB is aware of the future challenges facing metropolises. Nowadays, more than 70 % of the European population lives in urban areas, three-fifths in metropolitan areas. Contemporary metropolises have become places of welfare and opportunity and drivers of innovation and productivity. However, challenges such as unemployment, poverty, the lack of affordable housing, mobility issues and air pollution are also concentrated in metropolitan areas. In order to tackle these issues, the institution pushes national and supranational governments for increased recognition of metropolitan areas as drivers of change and innovation and as crucial stakeholders for the development of efficient policies at local, regional, national and European levels.

The efforts to adapt to the challenging environment are taking shape in the new Metropolitan Urban Master Plan (PDUM) the AMB is now drafting. This plan aims to improve the entire metropolitan area of Barcelona and its municipalities based on the desire to meet the needs of the metropolitan population in accordance with the territory’s capabilities and opportunities. General objectives include strengthening metropolitan solidarity; promoting the metropolitan capital; naturalising the territory by enhancing the values of the biophysical matrix; improving the efficiency of the urban metabolism and minimising environmental impacts; promoting social cohesion through housing, public space, facilities and public transport; rehabilitating and recycling urban fabrics; increasing urban complexity and habitability; promoting the competitiveness and sustainability of the metropolitan economy; and encouraging active and sustainable mobility by rethinking metropolitan infrastructures. 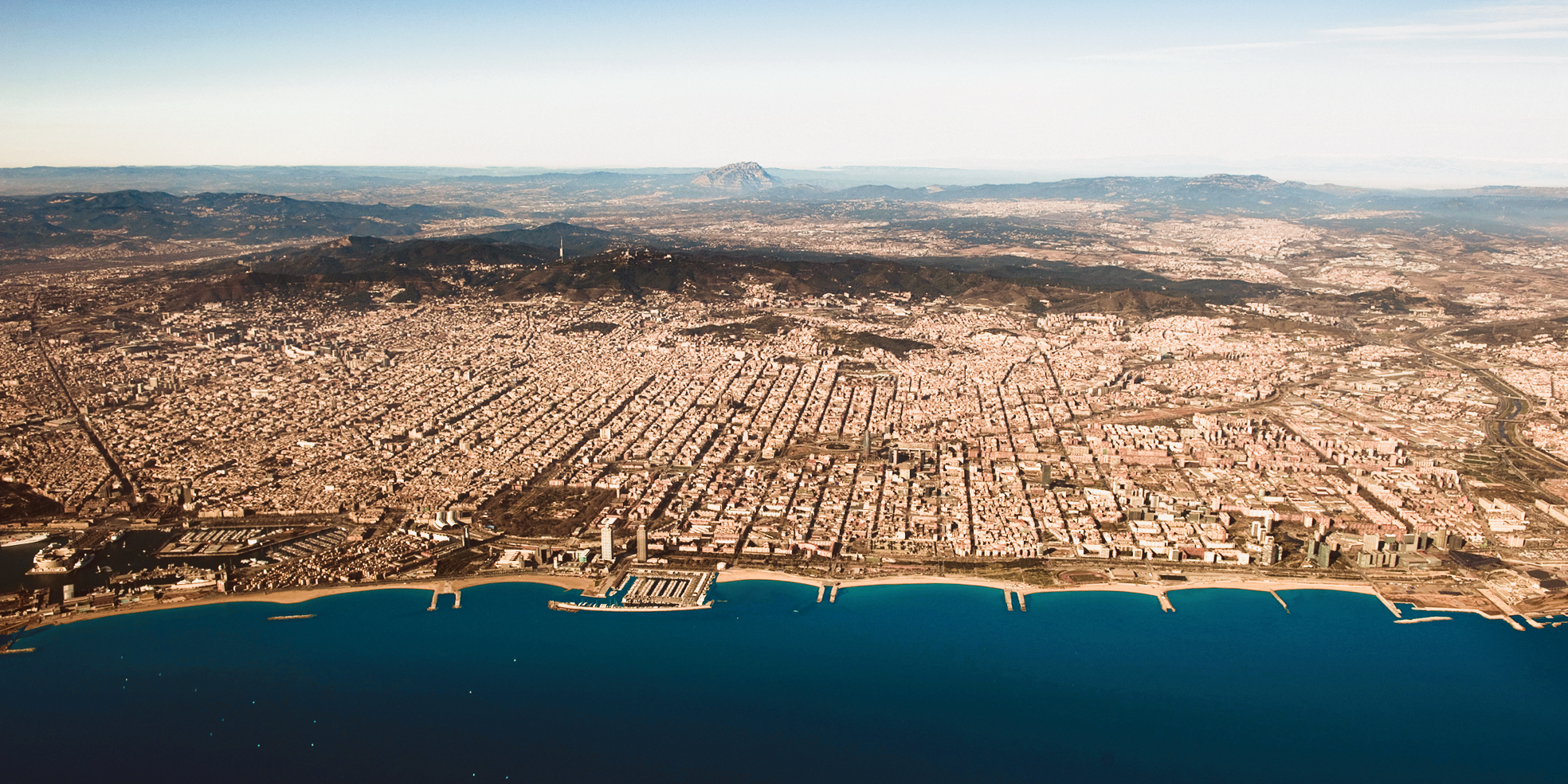 As part of the endeavour to redefine the metropolitan area, the RiConnect network will be crucial to rethinking the infrastructure needed to reconnect people, neighbourhoods, cities and open spaces. Its aim is deeply linked to the PDU’s objectives, and it is helping to foster exchange and knowledge on different issues, first by consolidating a more compact metropolis, with a proximity model that brings activities closer to people, creates lively neighbourhoods and consumes resources rationally; secondly, by integrating infrastructure into neighbourhoods and their environments, which will erase physical and social barriers, restore ecological connectivity and transfer road spaces and wasteland to be used for active mobility, new green areas or even new neighbourhoods; and thirdly, by structuring a public transport network that serves the whole metropolis, promoting a shift from cars to other modes.

Consequently, involvement in the RiConnect project will build on the AMB’s efforts in five main areas: urban planning, public space, transport, sustainability and international cooperation. Regarding transport, the AMB actively promotes and takes part in creating more sustainable, resilient, healthy and equitable modes of transport by implementing electric charging stations, low carbon emission zones and shared bicycle services, as well as through the expansion of bicycle lanes and the electrification of buses throughout the metropolitan area, among others.

To accelerate these changes, international cooperation is key. Through its International Relations and Cooperation department, the AMB works to raise the external profile of the metropolitan area and its actors, to position them in international networks and agendas and to act in their interest by lobbying the European Union, the United Nations and other multilateral organisations. Thanks to these efforts, the institution participates in more than 30 European projects, creating synergies and exchanges with European metropolitan areas’ regions and cities, while it is also involved in international cooperation projects promoting sustainable urban development in other Mediterranean, Central American and African metropolitan areas within its spheres of competence.

As a result, through the RiConnect project and its other activities, the AMB continues to lead the way, together with other metropolises, in building and sustaining a healthy, cohesive, inclusive and attractive metropolis. 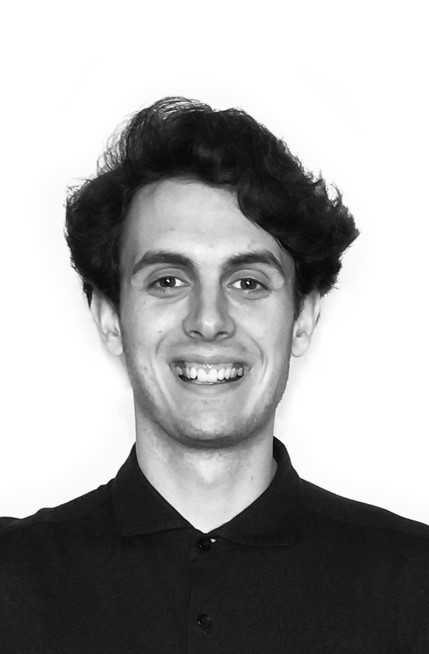 Submitted by Mikel Berra-Sandín on 22 July 2021