Com.Unity.Lab Transfer Network aims to replicate the Lisbon Local Development Strategy for areas of Priority Intervention. This strategy provides a range of integrated tools - a map, a grant, a tasking force and a Community-Led Local Development Network - to be used and adapted in order to empower local communities and enhance the citizens' quality of life. At the moment Aalborg, Bari, Lille, Lublin, Ostrava, Sofia and The Hague are learning from Lisbon, trying to understand which tool(s) can be introduced and experimented in their contexts, but also the Portuguese capital is learning with the Project Partners to improve its strategy. Read the interview with Miguel Brito, Head of Local Development Department focused on Lisbon Priority Intervention Neighborhoods and Zones (BIP/ZIP) about the Strategy, a courtesy by CooperativeCity.org.

How would you describe the BIP/ZIP Local Development Strategy of your Municipality?

This BIP/ZIP strategy aims to promote social and territorial cohesion, active citizenship, self-organisation and community participation. The BIP/ZIP journey from the beginning to the present day has been characterised by some keywords: fracture, participation, priority, community, partnership, responsibility, network, change and energy. I will start with the question of fracture. People in the city, from the municipality, citizens and other actors knew that Lisbon, as any city in the world, is not always in balance. There are fractures in the city due to social, urban or environmental issues. Therefore our main concept in 2010 was to identify areas, neighbourhoods that were lacking the minimal levels of cohesion in terms of urban, social economic, and environmental conditions, lacking connection between the voices of the local citizens and the local authorities.

The aim was to ignite partnerships, to connect the city and the people in these areas to find answers for the future. The areas we call BIP/ZIP (the name is an acronym for priority intervention neighbourhoods) are areas that we need to prioritise in urban development. The goal was to impact the citizens’ lives and promote social cohesion in the city by supporting and to promoting local projects and partnerships, creating networks and establishing links between the real problems of the people living in these areas and the decision-makers.

How did you identify these priority areas?

We collected statistical information about social, economic, urban and environmental factors to see which areas are the most deprived in the city and we surveyed these areas; we identified and mapped the city’s social and territorial fractures. This kind of mapping was a first in the city and in the country: a truly innovative concept in 2009-2010, using a scientific and mathematical approach to identify the real problems of the city and its citizens. We used national census data (that is generated once in every 10 years) and other municipal and government data that is more recent. We crossed many datasets and maps in order to understand social and territorial dynamics. 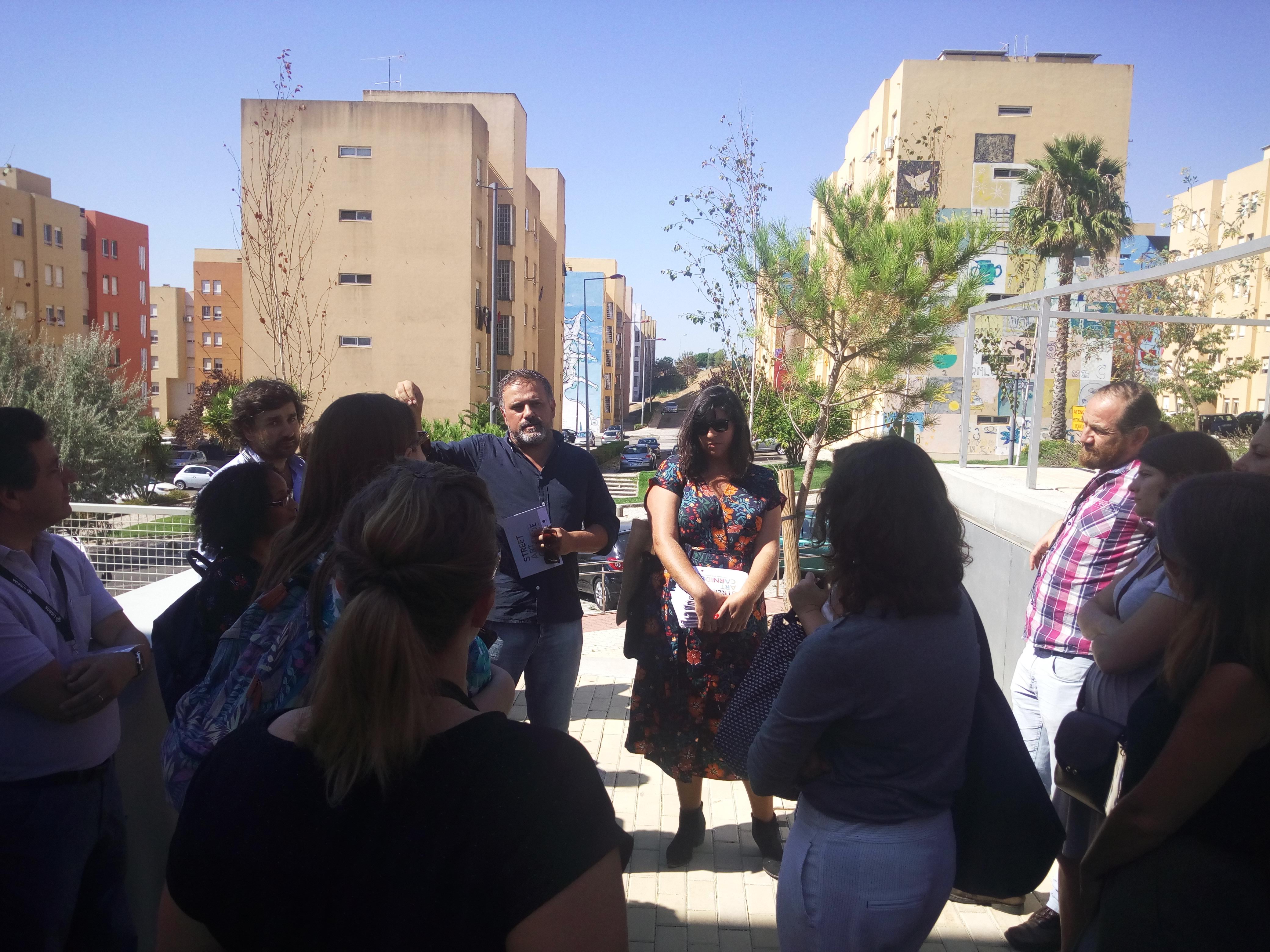 Besides mathematics, how did you make this process participatory?

Participation is another benchmark of this process: we discussed these findings in a very intense public consultation with the participation of all kinds of stakeholders. We worked closely with the selected areas and connected the people active there to local authorities and organisations. Through public consulting and surveys, we received feedback about the local perception of the social, economic and environmental issues we mapped: this helped us refine our priorities. As we identified the BIP/ZIP areas, we gave them flexible definitions, because it is not easy to give a a neighbourhood a boundary: a neighbourhood is a culturally, historically and administratively defined area, a dynamic concept.

What is the result of this survey?

The BIP/ZIP chart or map, if you want, is a municipal political instrument, with 67 neighbourhoods all over the city, not only in the peripheral areas, but also in the historical centre. We identified problems of cohesion and deprivation or issues of elderly people with limited mobility in the hills, in downtown areas as well. In terms of the whole city, if you add up all these areas, we have approximately a third of the city’s population living in deprived or BIP/ZIP areas: a problem that generates an immense opportunity for the city, as the BIP/ZIP results in these past few years have demonstrated, so it is important to empower the stakeholders in the community and to reinforce partnerships, networks, informal connections that help these communities to have an active role in their city

This mapping process resulted in two programmes. One consists of local structures for co-governance, that we call GABIPs. They are local offices for the BIP/ZIP that promote partnerships between municipal technicians, elected officials and local stakeholders to promote and steer initiatives, investment and regeneration  for the neighbourhood.
The other programme is a funding investment for partnership and local intervention, at the heart of the BIP/ZIP. This programme provides funding for small projects, for networks of local  initiatives and non-profit organisations to develop in the BIP/ZIP areas. There has to be minimum two organisations working together, we don’t accept the application of only one organisation. They can apply for a budget of up to 50.000 euros to work on one-year project: they have to spend the money in one year but have to be sustainable on the long run (for one or two years afterwards). The partnerships have one year to show results. This is important because some communities take a very long time to get things done, but we want to have short-term results as well, we want people to see the difference, for instance, the materialisation of a playground or a garden in 6 or a 8 months. These organisations make the analysis of a local problem, develop the partnership, define the objectives, define the activities, the framework, the timescale and the goals. They make an application to our programme through the locally elected borough council, where a jury selects the best ones. If they are approved by the jury and the municipality, they are funded to run the proposed initiative. The programme is very open to all social, environmental, urban initiatives.

Besides funding, what else can you help initiatives with?
As part of the strategy, we also established local structures for co-governance, that we call GABIPs. GABIPs are present in BIP/ZIP neighbourhoods with their local offices, and consist of a coordinator from the municipality and an executive committee with local key stakeholders of the urban regeneration process, local authorities, local associations and other actors. The precise composition of this committee depends on the technical, urban, social, environmental, cultural, educational aspects of the related projects: usually elected officials and representatives of the Department of Housing and Local Development are involved, but elected officials from other departments can also take part. The GABIPs allow the municipality to move decision making to the local scale and share it with local actors.

Read the full interview in CooperativeCity.org.