How to mediate between all the different and potentially conflicting stakeholders? That's the topic of our second magazine!

Temporary use seems to be simple: cities have unused places and buildings on the one hand and plenty of interesting initiatives looking for accommodation on the other hand. It should be common sense to host them for a temporary period in the empty premises. Of course, as usual, the devil is in the details. Starting a practice of temporary use means a lot of brokering activities between the various stakeholders. And this is the topic in this second edition of the REFILL Thematic Magazine!

Temporary use is not only an issue of owners and temporary users. A stakeholder mapping exercise would reveal other important groups at stake: the residents and the merchants care for their area where the temporary use is likely to take place; urban planning department of the city and developers see it as a process of experimentation anticipating redevelopment; cultural social and economic initiatives sees it as an accommodation solution to begin and a launch pad; architects and urban designers see potential professional involvement; use of empty urban spaces is an asset for all actors dealing with more sustainable and responsible development of the city.

Inhabitants in debate with the deputy Mayor about mobility in their neighbourhood in Ghent (Belgium).

A constellation of value

How to better communicate within temporary use communities and enlarge them is a core issue for REFILL. From the very beginning of the REFILL network we noticed that we continuously spent time in explaining and re-explaining what temporary use means, what it is and what it is not, discussing the limits with other similar practices of multiple use of public buildings, of occasional use of public space or different forms of experimentation in redevelopment. We discussed divergent views to align to a common understanding within the consortium. We saw the needs of local coordinators to familiarize their colleagues in administration with temporary use, to explain the process to elected representatives, to show the its benefits to dubitative owners, to peace neighbours worried of a temporary use settling in the street, etc. We thought it would be so easy to have a short and easy access video that would present temporary use in a nutshell, a teaser tapping into benefits and challenges, a sort of "temporary use for dummies" that could be played in less than 5 minutes and that would save a lot of time to REFILL partner cities, to ULG members and to all potential URBACT partners at stake with the topic of temporary use.

Hot topics in Temporary Use

Brokering between stakeholders is certainly one of the hot topics within Temporary Use. That is why REFILL dedicated its second magazine on this topic. But the network also defined five more 'hot topics' and has spend a special magazine on each of them, all for you to download or to read on our issuu page: 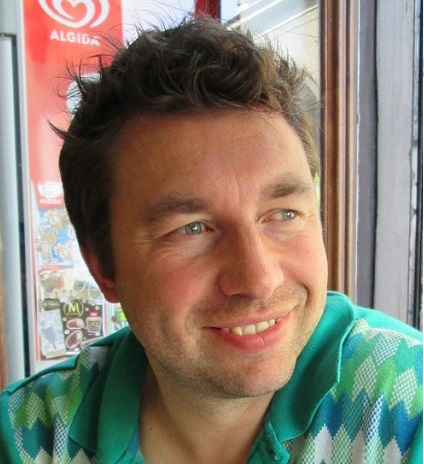