Cahors is experimenting with participatory approaches

Cahors will host the eight cities of the Int Herit network at a meeting that will take place from February 2019, 19 to 22. It will be the opportunity for Cahors to highlight the mobilization of its Urbact Local Group around the revitalization of Château-du-Roi Street.

Please see here the agenda for the meeting

Cahors’ urban planning and economic development policy relies on the wealth of its built heritage. Called "Cahors, Heart of the Agglomeration", the urban strategy deployed since 2008 considers that a strong and lively centrality is needed to better support the entire territory and its vital forces that depend upon it. In this context, Cahors works in particular to requalify, preserve and enhance its historic center. To do this, the City has prioritized certain areas of the historic center, especially Château-du-Roi Street and its neighborhood.

Château-du-Roi Street housed shops and artisans from the Middle Ages until the 70s. It is a major axis of the historic center, much used by residents, tourists, visitors, shoppers... Since that flourishing period, however, the street has become less and less lively. There is now a real urgency to act, to preserve and enhance the built heritage, bring families back into housing adapted to modern living conditions, redevelop again various activities (economic, associative, collaborative ...) and make all uses coexist better.

The rue du Château-du-Roi as a playground

The elected officials have thus identified this street as one of the levers of revitalization for the city center, and it has become the laboratory to test the tools of the urban strategy in order to better adapt them to other neighborhoods and the surrounding towns.

Several studies have been carried out on this street by national organizations to find solutions for the development of ommercial activities for example, or to imagine a new future for the former state prison, the Palace of Via. In addition, the inhabitants of the street were involved in a preliminary participatory approach during the first European Heritage Biennale (November 2016), which allowed concrete needs to emerge, notably to test the pedestrianization of the street. .

Anticipating the redevelopment of the street to be engaged in 2018 - 2019, the City of Cahors seized the opportunity presented the European network Int Herit to work on the revitalization of the street by mobilizing the stakeholders as part of an experimental participatory approach. The Urbact Local Group of Cahors (ULG) was created at the end of the winter of 2018. Made up of inhabitants, tradesmen and other professionals, it is animated by a multidisciplinary team of technicians from the City of Cahors, the Grand Cahors and the CAUE*, under the political leadership of an elected representative.

At first, the objective was to choose the main themes of reflection. Then a collective intelligence workshop opened up all the fields of possibilities to explore what could be done, what the inhabitants wanted to see emerge, but also to identify concerns or difficulties. This allowed, after four meetings, to involve them in the construction of the specifications developed for the redevelopment of the street by our administrations. They identified specific needs, including green spaces, new street lighting, new street paving… that will be incorporated into the project.

This global redevelopment is planned for 2019. It will be conducted by an architect which will associate the ULG in the definition of the program. When the transnational meeting will take place next February, the ULG will have met him and started working on the program, and the implementation schedule with the architect. 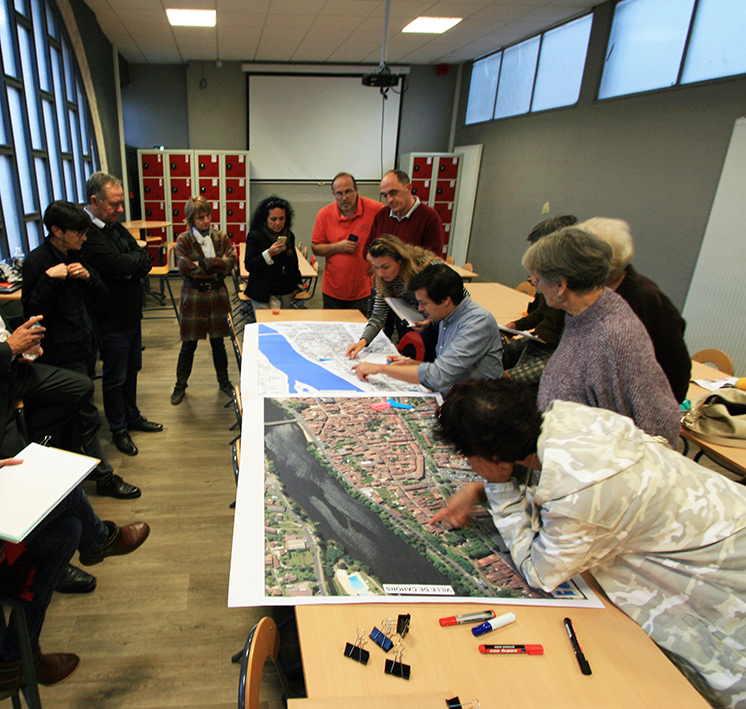 These first workshops also allowed one of the members of the ULG, a private investor who is renovating a building with the support of local government, to review the way in which she planned to restore her building: she decided to open its facade on the street, following discussions at the stakeholders workshop.

Finally, the ULG continues, alongside the street improvement project, to brainstorm new ideas for the revitalization of the street. Events are currently being considered and may be the subject of joint work with partners of Int Herit network during the transational meeting (peer review).

Thanks to the Urbact 3 program and the Int Herit network, the City of Cahors has been able to train its technicians to enable them to use participatory approaches that have become indispensable in the elaboration of public policies. Elected officials will also undergo training early next year. This capacity building, implemented concretely and simultaneously with ULG Cahors, wil allow the administration to develop a method that can be reused on future projects.

Cahors: a rich and diverse heritage

Capital of the Lot Department, in the north of the Occitania Region, in the South West of France, Cahors has 20,000 inhabitants. Labeled ‘City of art and history’ (an important national label), it has a particularly rich and preserved heritage, both tangible and intangible, which constitutes its identity: built heritage, including two buildings listed in the World Heritage list by UNESCO (Valentré bridge and Saint-Etienne Cathedral) as part of Santiago of Compostela pilgrimage route, natural heritage with landscapes, gastronomy, art of living, culture... 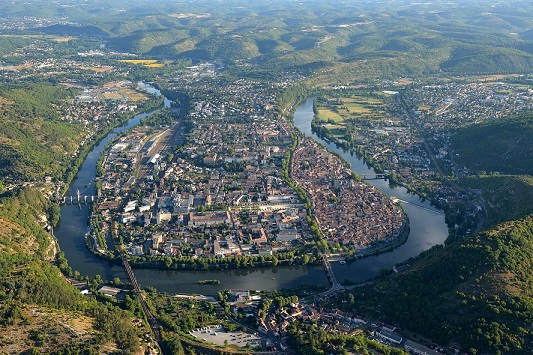 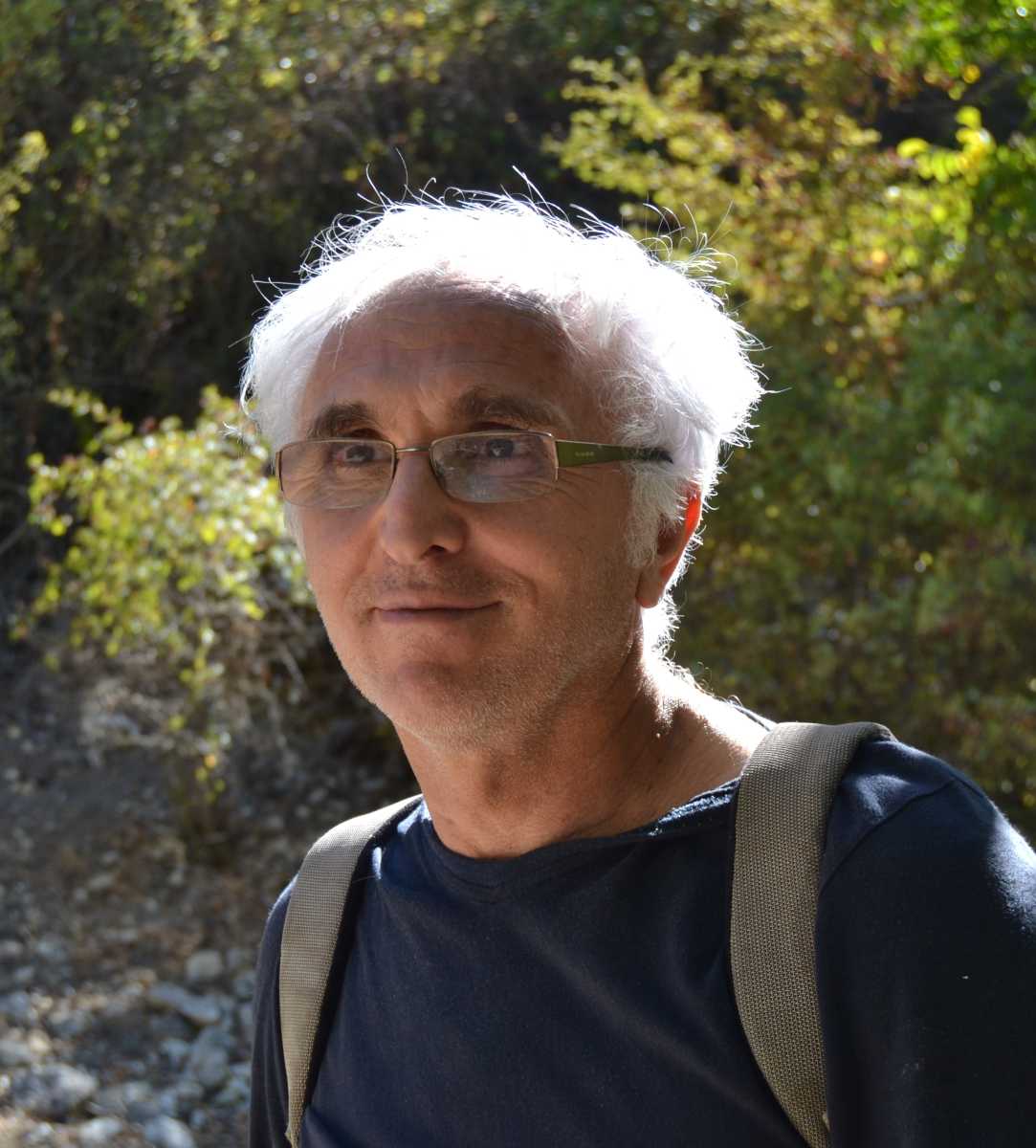 Submitted by Antonio Zafra on 14 February 2019