Capizzi (IT): Performing volunteering and solidarity activities in an organised manner. Part 1: The creation of the Municipal Council of Volunteerism

How the process of transferring a good practice from the Lead partner to the partner cities has triggered an unpredictable multiplier effect, generating a series of best practices that today, thanks to the URBACT methodology, animate the  social fabric of a peripheral mountain town like Capizzi

Capizzi is a mountain town of 3,150 inhabitants, located at the entrance of the Nebrodi Natural Park at a height of over 1,300 meters above sea level which, despite ancient origins and a glorious and magnificent history, today suffers from a suffocating geographical isolation that drives many young people to leave the city, fuelling a depopulation that seems increasingly unstoppable.

Nonetheless, the numerous young people who still make up the local social fabric and who largely belong to a wealthy bourgeoisie of agricultural entrepreneurs and traders, in addition to studies, engage in multiple voluntary activities, both to optimise the great availability of time that characterises an isolated community like that one of the mountain town of Capizzi; both to compete in making oneself more and more useful for others; and to respond to the pressing requests coming from various parts of organised civil society, from civil protection, to the local parish, to the Red Cross.

Thus, there have been and continue to be numerous voluntary and social solidarity initiatives that animate the city, gathering and putting together in a spontaneous and non-methodically organised way citizens of different ages and social groups: in fact, solidarity theatre activities are organised, dance, music and entertainment events for charity are being held; transfer and practical teaching of traditions and ancient crafts from the elderly to children; collection of clothing and food for less well-off families; games and treasure hunts during town festivals and celebrations; and so on. 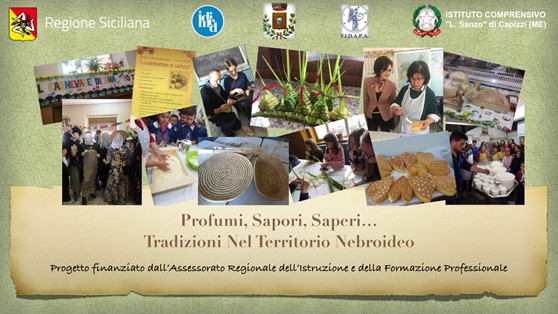 But what Capizzi has lacked so far has been to conceive the organisation of citizen events of solidarity and volunteering in a structured and organised way, i.e. not entrusted to trying to satisfy, on the part of the Municipality, the spontaneous requests coming in a fluctuating way from local associations, granting here and there small supports, contributions or simple patronages without an overall vision, a systemic organisation capable to simultaneously stimulate all local associations, guiding them to cooperate in a stable and structured way.

It is exactly in a context like the one just described that the URBACT Good Practice of the Lead Partner city of Athienou (Cyprus) is introduced and transferred, overturning the vision of the organisation of voluntary activities in Capizzi and favouring the creation of a new tool, the Municipal Council of Volunteering (MCV), positively experimented since 1970 in the leading city and which now is offering itself as a model to draw on to reform, increase and improve the way of "volunteering" in the context of Capizzi.

The task was by no means easy, essentially for local cultural reasons, which, on the one hand, see the local community revolve, in terms of volunteering, around two canonical points of reference: the town hall, to obtain availability of resources; and the parish, to obtain suggestions about the contents of the events to be organised. And, on the other hand, as they are not accustomed to bring all together in a single session, public bodies, private sphere representatives, schools, associations and even single activists, along with free citizens.

The method of the URBACT Local Group, with the constancy of its meetings, has shown and demonstrated that the way to go by working all together is feasible, rather, it is perhaps the only way to make that long-awaited leap in quality and, thus, little by little, we became convinced of the importance of the path undertaken and we began to work on how and with what adaptations the good practice of Athienou's MCV could be transferred to Capizzi. 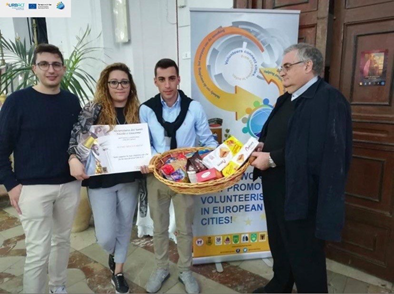 The first direct results of this GP transfer were:

With these two tools, conceived between June and July 2019 and definitively approved in February 2020, the city of Capizzi is ready to inaugurate, possibly in the presence of the other seven partner cities of the URBACT Transfer Network, a new tool that aims to act as a crucial point of reference both for the organisation of all voluntary and solidarity activities to be carried out at the local level; both for the design of a specific Action Plan which, by providing and promoting the aforementioned activities in an organised and structured manner, also creates opportunities for local development and new jobs for unemployed young people and women of Capizzi, also favouring intergenerational activities and the birth of social economy start-ups, which is so much needed in the context of Capizzi. Action Plan that could be financed "as a package" within the framework of the resources administered by the Sicilian Region for the seven-year programming period 2021-2027 through the stipulation of a specific Framework Program Agreement (FPA, APQ in Italian) which should act as a formal recognition of correct application of the URBACT Good Practice in the context of Capizzi. 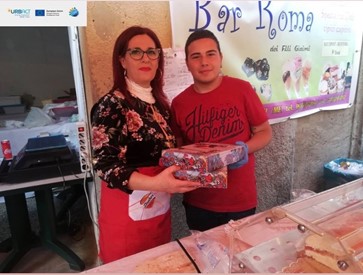 But the process triggered by the transfer of the URBACT Good Practice certainly does not end here. The numerous and fruitful meetings of the ULG of Capizzi have also gradually stimulated a whole series of suggestions and new initiatives which today we can define as indirect results of this transfer process, generating a real multiplier effect that has given rise to a series of best practices. These new practices and their importance for the town will be presented in the second part of this article.