Capizzi (IT): Performing volunteering and solidarity activities in an organised manner. Part 2:The multiplier effect and the indirect transfer results

How the process of transferring a good practice from the Lead partner to the partner cities has triggered an unpredictable multiplier effect, generating a series of best practices that today, thanks to the URBACT methodology, animate the  social fabric of a peripheral mountain town like Capizzi.

As presented in the first part of this article, the URBACT Good Practice transfer led to the creation of the Municipal Volunteering Council of Capizzi. But the process triggered by the transfer of the Good Practice did not end here. The numerous and fruitful meetings of the ULG of Capizzi have also gradually stimulated a whole series of suggestions and new initiatives which can be defined as indirect results of this transfer process, generating a real multiplier effect that has given rise to a series of best practices that today work stably in Capizzi. The three most important ones are:

1) the creation of a section of Caritas in Capizzi;

2) the creation of a Pro Loco association in Capizzi;

3) the creation of a Polyphonic Choir of the City of Capizzi.

The new section of Caritas 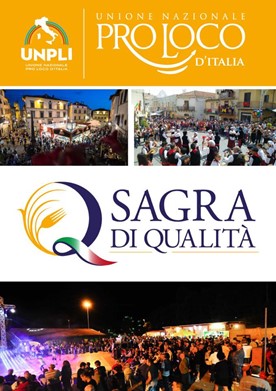 In Capizzi, the new Caritas section was founded effectively in October 2019, but already in the first phase of the project (April-December 2018), the members of the ULG, i.e. volunteers and municipal administration, during their first three meetings (June, July and September 2018), had strongly hoped that a section of Caritas would open in the Capizzi community. It was exciting to see the willing participation of so many young people and entrepreneurs in the initiative, who were conscious of the importance of such an instrument and showed a lot of solidarity towards the most needy fellow citizens. Thanks to the new section of Caritas, many young people from Capizzi are involved, by the associations they belong to, to participate in the collection of basic necessities, but also of gifts in monetary form: the goods and offers collected are then donated to the most needy families. Friar Sebastiano himself from the Caritas of Capizzi takes care of delivering them. Today in Capizzi, Caritas represents not only a significant presence in the services promoted by the Churches, but also the sign of a presence of peace that for many young people continues in their profession, in families, in society.

The inauguration of Pro Loco 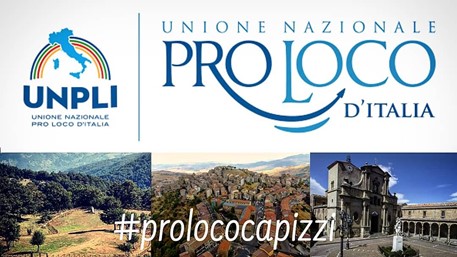 The ULG of Capizzi, during many of its meetings, has always raised the need to establish a Pro Loco in Capizzi which, taking advantage of the examples of voluntary activities offered by the Lead Partner's Good Practice, would enhance the substantial cultural and environmental heritage of Capizzi either towards residents, according to voluntary and solidarity logic, both towards the numerous visitors and pilgrims. Finally, thanks to the passion and stubbornness of some members of the ULG, in the month of January 2020 a completely new head office of the Pro Loco of Capizzi was inaugurated, thus filling an important gap in the socio-economic context of the city. We are confident of that using our ULG volunteer networking and digital promotions we could have a considerable increase of tourist business.

The new Polyphonic Choir of the City of Capizzi 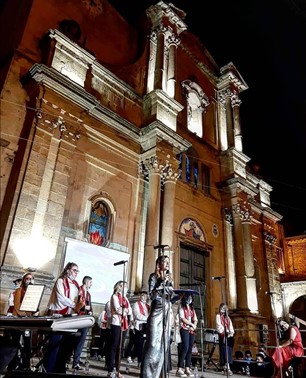 Thanks to the ULG meetings and the transfer of the Good Practice from our Lead partner, a fundamental stimulus was provided and deepened by some ULG members and a new association, A.T.C. (Art, Territory and Culture) was created in October 2019 with the peculiar aim to engage the youth of Capizzi in local cultural activities. Many cultural and artistic groups have now emerged In Capizzi: one of them is the Polyphonic Choir of the City of Capizzi, which is engaged both on the church’s activities, and the local culture entertainments. It is associated with the Regional Association of Sicilian Choirs, is composed of 27 elements of which 20 female and 7 male members. It counts on 9 Sopranos, 7 Contraltos, 5 Tenors and 6 Basses and mainly carries out volunteer work at the parish animating all the solemn masses. Our Choir proposes a very diversified repertoire: from sacred or religious music, both contemporary and liturgical; to profane Renaissance and Baroque music; from Songs and popular elaborations, including international ones, to other repertoires, including folkloric music.

In conclusion, the transfer of the URBACT Good Practice from the Lead partner to the city of Capizzi has generated a potential multiplier which, once put into practice thanks to the multiple meetings of the ULG, has given life not only to an organisational and vision tool for the overall offer of voluntary and social solidarity activities in the local community; but also to a series of stimuli and new stable and non episodic activities of which the territory was severely lacking, which improved the overall level of the local offer, both from a quantitative and qualitative point of view. In short, a transfer that has already given unexpected results and that, above all, gives rise to many hopes and inspiring actions for a fight against local depopulation, especially by young people.