Using good practice from their URBACT partners, cities are getting residents involved in regenerating their own neighbourhoods.

How can cities sustain urban regeneration efforts in times of austerity? How can they encourage people to work together on projects to revive their local area, instead of competing for grants? These are just two of the big challenges that authorities still face despite a long history of EU policies tackling urban poverty. URBACT expert Iván Tosics investigates two cities that are adopting new, community-based approaches to urban renewal – thanks to inspiration from URBACT partner cities.

URBACT’s links with EU policies fighting urban poverty go back a long way: the programme itself grew as a collaboration programme for cities that applied the URBAN Community Initiative, back in 2002. More recently, the main aspects of area-based policies were discussed during URBACT’s 2020 conference in Porto (PT), with a ‘City Lab’ focused on the spatial dimension of city interventions.

During the City Lab, representatives of EU cities highlighted two types of problems linked to area-based interventions. One of these is that the policies, institutional frameworks and funding conditions of area-based interventions are mostly determined at national level, giving cities relatively little room to make their own choices. The other refers to the limits of real involvement of residents: usually formal governments hold most decision-making powers regarding deprived areas, without giving real powers to citizens on the essential decisions about urban renewal in their own neighbourhood.

The Covid-19 crisis broke out only a few weeks after URBACT’s Porto conference. Although at first sight ‘everyone was affected’ by the lockdown policies, it quickly became clear that the most affected have been those who were already at risk of poverty and exclusion. People’s resilience capacities are in strong correlation with their incomes, employment and housing conditions – as described in our earlier article, ‘Urban poverty and the pandemic’.

Experimenting with stronger involvement of residents 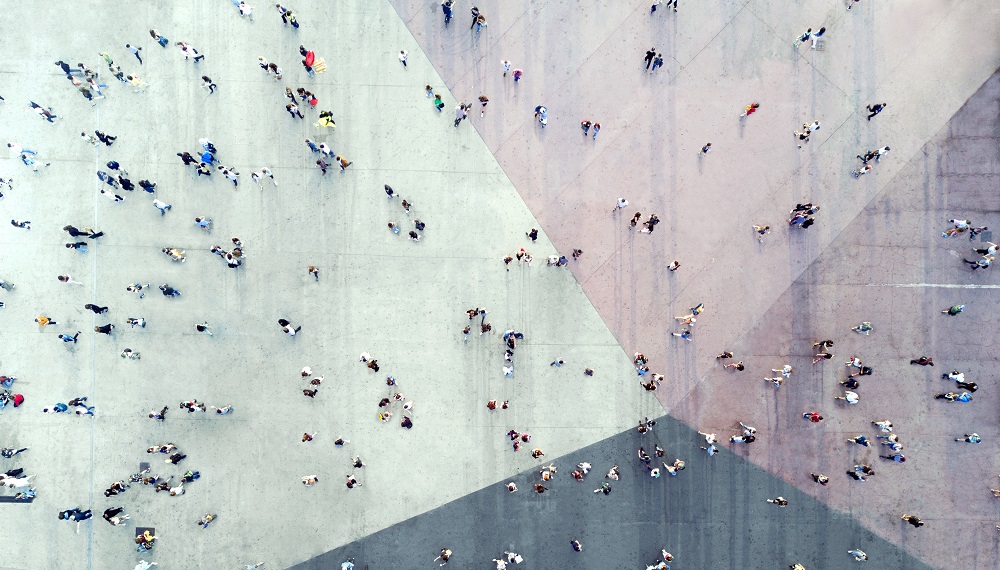 It is no wonder that under such conditions, cities are looking for new approaches to support their poor residents and poverty-stricken neighbourhoods. There is a growing understanding that top-down policies, even if designed with the best will by the local government, on their own, rarely achieve lasting results in terms of improving the lives of residents. The limited success of traditional forms of area-based policies brought up this key question: “How can efficiency be raised through more structured and stronger involvement of residents in the design and implementation of neighbourhood renewal programmes?”

During the online 2021 URBACT City Festival, the session Leave No One Behind - Dealing With Priority Neighbourhoods was an opportunity to hear directly from cities experimenting new types of participation policies. Lille (FR) and Birmingham (UK) are two particularly interesting examples. 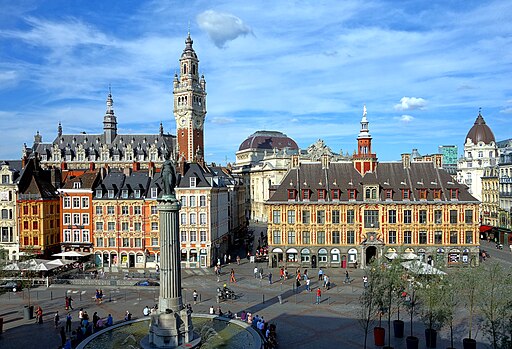 Lille Métropole (comprising 95 municipalities) is an active partner of the French ‘Politique de la Ville’ policy. The 26 priority neighbourhoods assigned in the area concern more than 200 000 inhabitants, i.e. one sixth of the overall population of the metropolis. Lille’s ‘Politique de la Ville’ programme is based on a city contract signed by 50 partners. Within this framework, an important element is the grant system: each year EUR 40 million is spent on calls for proposals, funding 1 000 projects in different fields, including economic development, education, sports, culture, and living conditions.

The original, URBACT good practice of Lisbon is very complex, involving four different elements. Lille joined the Com.Unity.Lab Transfer Network with the aim of transferring the ‘Grant’ element of Lisbon’s good practice, in order to improve its own system. The most important innovation refers to the way the grants are applied.

Diagnoses showed that the usual forms of call for proposals are not functioning optimally in Lille, being very competitive, and excluding vital cooperation between stakeholders. Lisbon’s call for proposal system requires at least two entities to apply together, which enhances cooperation in neighbourhoods. Although this is a step forward, the system of calls for proposals in itself might not be the best tool to achieve the involvement of the residents, as it focuses on money issues, while many initiatives need other types of support such as loans for premises or equipment, or skills improvements. As a consequence, Lille was looking for other methods to help local stakeholders, in order to strengthen interest in civic participation, community life and internally generated development.

Lille has modified its traditional ‘call for proposals’ system in two ways: besides requiring at least two entities to apply together, the other idea is to strengthen the qualitative elements, by offering institutional help to the stakeholders through design thinking. Instead of a simple call for proposals in the assigned neighbourhoods, organisers ask the question: “What does your area need?” In fact, a ‘project factory’ is organised, building on local workshops, listening to people’s ideas. In Lille, this is being set up with guidance and ideas from Francois Jégou, URBACT expert and head of Strategic Design Scenarios.

Such workshops help to attract new partners from the neighbourhood, including the private sector, groups of residents, and additional NGOs. The workshops promote more participatory development, enabling informal groups of inhabitants to participate in projects. Additionally, they also foster projects that can reach financial sustainability. The new approach is currently being experimented, with design workshops in two selected municipalities.

Lille transferred the good practice of Lisbon in an innovative way, creating a new dynamic in a pilot phase that is set to last for two more years. The aim is then to roll out the method to other areas of Lille Métropole, with precise conditions determining how many organisations have to be included. It remains to be seen to what extent this institutional innovation modifies the Politique de la Ville programme itself.

Birmingham was partner in the URBACT URBAN REGENERATION MIX network, transferring good practice from Łódź – particularly on appointing mediators in the process of urban renewal.

Birmingham was hit hard by the great financial crisis and the following drastic national austerity measures. Severe budget reductions led to a 50% cut in Birmingham City Council’s workforce. The Regeneration Team was among the first to be disbanded. As a result, nearly all regeneration projects stopped, except for ‘housing renewal’, driven by private developers and focused on capital investment, with little funding for associated social projects.

This financial austerity at local government level contrasts sharply with the rapid growth of Birmingham’s population: a predicted 80 000 more homes will be needed by 2032. How to do more for the growing city by a financially cramped local municipality? – this is a main challenge in the city. In such a situation, the competences of the communities have to be made strong enough to be able to operate self-sustaining actions, no longer needing permanent financial support from the public side.

In 2017, an Urban Innovative Actions-funded project USE-IT enabled a fresh approach, with an innovative partnership adding ‘human-centred’ interventions to a housing Master Plan. The new approach was continued with further innovations over the course of the URBACT URBAN REGENERATION MIX transfer network.

Birmingham took over the spirit of the Łódź good practice, but applied it with significant changes, not having the financial means which were available to Łódź from Structural Fund resources. The original model of municipality-employed mediators was adapted to a model empowering community representatives to become mediators. Once trained, the appointed community representatives, living in the target area, become permanent ambassadors or brokers/mediators, building up trust inside the local community, communicating with the City Council, and progressively understanding the challenges of both sides. The idea of the community connector role motivates small groups of residents to take bottom-up actions, building in them a sense of community and responsibility for the space and the neighbours with whom they share it.

The main lessons learnt by Birmingham City Council can be summarised as follows:

Such promising experiences in Lille and Birmingham suggest that in the post-Covid period, it is high time to refresh the way Cohesion Policy helps the regeneration of priority areas. This new philosophy for area-based interventions involves activating people to find out themselves what is best for their area. Thus, regeneration plans should not be required to be ready before funding arrives – these plans should be developed in an action planning process with the strong involvement of local residents.

All this would mean, in Cohesion Policy terminology, to strengthen the Community-Led Local Development (CLLD) element in the design of area-based interventions. This was also a key element of the Local Pact policy proposal of URBACT in July 2020. The upcoming French presidency would be an ideal occasion to create debates about this novel approach and foster its application.

This article is the first in a series exploring the latest challenges in sustainable urban development, based on discussions with cities and leading experts at the 2021 URBACT City Festival. Look out for upcoming articles on topics ranging from gender in public procurement to cities tackling climate change. View recordings of festival highlights here.

Submitted by ivan.tosics on 02 September 2021