Cities in migration - A conversation with Anne Bathily on integration

I have first met Anne Bathily, expert on integration policies former policy officer at European Council on Refugees and Exiles (ECRE) and now at UNHCR for Northern Europe, in the early meetings of the EU Urban Agenda Inclusion of migrants and refugees.

Since then, we entered in never ending and always enriching informal conversations about  the role of cities in integration of migrants and refugees.

This article is a recollection of our conversations. It looks forward at ways to capitalise on the work that URBACT network Arrival cities has achieved in the last 2 years.

Arrival cities shows different facets of the challenges cities face such as the urgency to fulfil short-term (accommodation, access to health, education, social support), as well as long-term needs (child protection, provide assistance for mental and physical health and dealing with gender-based violence).

Yet the URBACT works in a rapidly changing situation, in which growing xenofobic and anti-migrant sentiments are sustained by political parties in several European countries, creating a more hostile environment for investing in integration policies.

The term “third country nationals”encompasses a diversity of people (international students, workers from third countries, people looking for international protection, people who are undocumented, family members, etc.) with different rights, opportunities and difficulties. While some integration policies or measures may target specific groups according to States or cities’ interests (such as students or skilled workers), some are developed according to specific channels of migration (e.g. resettled or relocated refugees). Some groups are not covered by any integration policies although they live in the territory (undocumented people).

Although integration is a long-term and maybe a never-ending process (understood under the term “social cohesion”), second and third generations of people descendants of migrants of earlier “waves” are not third country nationals but nationals. One of the objectives of today’s debates and investment on newcomers’ integration is exactly to avoid mistakes of the past that created long-term social cohesion issues.

Since the sudden arrivals in 2015-2016 and the resulting 2015 political crisis, the issue of third country nationals’ integration, and in particular refugees, has received great attention. This resulted in integration policies being developed, in increased exchange among stakeholders at all level, involvement of new stakeholders (e.g. private sector or tech professionals), in increased financial investment, media attention, etc, interestingly even in countries that received few refugees and migrants.

At the same time, it has become a very sensitive political issue, which lead to the implementation of restrictions and the rise in negative discourses and attitudes.

We are now in a paradoxical situation in most European countries where, on the one hand, fast integration is a priority for most authorities (including cities) and stakeholders, while on the other hand, other authorities put in place deterring and integration-counterproductive measures (e.g. differential treatment between statuses, duration of residence permits, obstacles to renew permits, family reunification, citizenship, etc.).

In practice, this means for instance that while some States and the European Union dedicate resources to integrate people into the labour market, some Ministries of Interior reduce length of residence permits creating as such a disincentive to employ new comers.

Cities deal with all these changes and the paradoxes of integration. They are kind of markers of policy implementation, and in that sense they can either drive or undermine implementation of integration policies. Ultimately, cities are the place where we can see concrete impacts policies have not only on foreign population, but on the whole population.

Some of restrictions to integration mentioned above are designed at supra-local level. They make service provision more complex at city-level due, for instance, to increased vulnerabilities among certain groups of migrants and refugees. In other terms, cities administrations have to deal not only with impact of policies that are beyond their competence, but also with social tensions, in which  foreigners are increasingly taken as scapegoats for socio-economic issues.

It is interesting to see how some cities decide and manage to overcome some of these barriers to impose an inclusive vision of integration that is beneficial for all. In the last three years, we have seen cities being much more active on reception/integration, both at national and EU level. 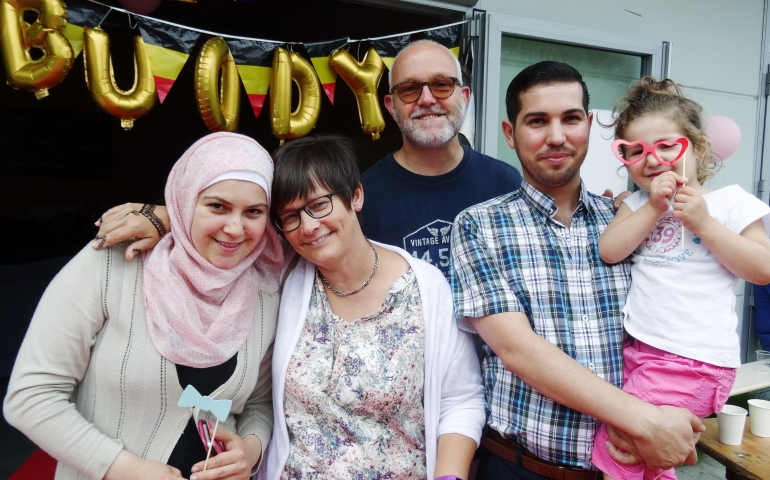 Big cities are more vocal while interesting experiences of small/medium cities are often not visible enough.There are also many examples of cities which have been active in welcoming new comers despite the hostile political environment at National level (cities took official positions against their government e.g. Grande Synthe - Calais (FR), Gdansk (PL); Erlangen (DE), Ghent (BE)).

They showed the complexity of challenges they are facing, and some creativity in solutions put in place. They are now fully recognised as major integration stakeholders. The question is to what extend cities will shape integration/migration policies, and contribute to social peace. This is the real challenge.

Can cities coalitions and programmes such as URBACT make a difference in the European context?

Capacity building is obviously an area where networks such as URBACT contribute. On integration issues, and due to the fact that challenges are linked to policies beyond cities’ competence, it is crucial to strengthen cities’ knowledge of migration and asylum issues.

Capacity building cannot be done in silo, but should be multi-dimensional (multi-stakeholder coordination both at national and local level). Capacity building will better equip cities and the way they deliver services to newcomers (e.g. access to information for instance being one of the major difficulties for newcomers, regardless of their status).

While cities are obviously more vocal, they still lack efficient ways to communicate at national and European level. Cities’ ability to reach out broader audience will determine their sphere of influence. The EU Urban Agenda inclusion of migrants and refugees is tackling these issues, and URBACT is part of this process.

More than anything else, there is an urgency to shift the way migration is perceived in general. In a context where poverty and inequality issues are increasingly associated to a globalised world, migration is mainly perceived as a threat, phenomenon exacerbated by security issues. The current importance of integration and the role of cities offer a maybe unique momentum. 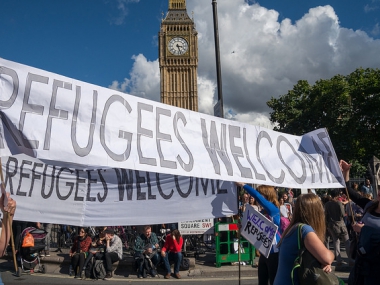 Cities are the spaces of both mobility and settlement. While integration is still viewed as a process to settle in one place, practices and realities in cities show a much more complex and dynamic picture.

In the same way that people have multiple identities (being foreigner or not), they evolve in multiple spaces (geographic or virtual).

This multiplicity does not compete with local participation. Actually it might even be the opposite. Successful integration is often associated to transnational activities (business, development, culture, etc.); when people feel they belong to a place, and do not have to struggle with integration issues, their ability to engage increases. Cities could lead this vision of integration.

Another important aspect in our European context is that restrictions in migration/asylum areas have lead to preventing refugees and migrants to move within Europe. In reality, people move from countries to countries, cities to cities. This phenomenon poses indeed a number of legal and practical challenges. However, States’ focus on mobility management leads to absurd situations in reality. Forcing people to remain in one place never brought any kind of sustainable solution, and recent European history provides numerous examples.

Integration obviously takes place at local level. However, and again, integration in a European context cannot be restricted to settlement in only one place. Like any other EU citizen, once being granted a status, people should be able to study, work, and live where they can, integrate where they find opportunities. This would be the European vision of integration.

Some cities are already in this reality, and they should further promote it.