More cities are turning to the hackathon-style, but do they really work?

Cities are turning to hackathon-style events to spark new business, generate policy ideas, and co-create innovative urban solutions. But do they really work? We put the question to urban innovation experts and municipal staff in five URBACT cities… and came up with the answer: “Yes, if you include the right people, adapt the format to your needs, and provide follow-up support to winning ideas.”

But first… what the hack is a hackathon?

Hackathons were originally developed for teams of coders; one produced Facebook’s famous “Like” button. But today their scope goes way beyond tech. These one to three day brainstorming events are held by all sorts of organisations, including city halls, to create ideas and build targeted solutions.

The spirit of Alex F. Osborn’s 1939 “brainstorm sessions” lives on in hackathons today. His participants tackled a creative problem “in commando fashion, with each stormer attacking the same objective”. They avoided judgment and collected wild ideas. “The greater the number of ideas, the more likelihood of winners.”

Hackathons: a good thing for cities? 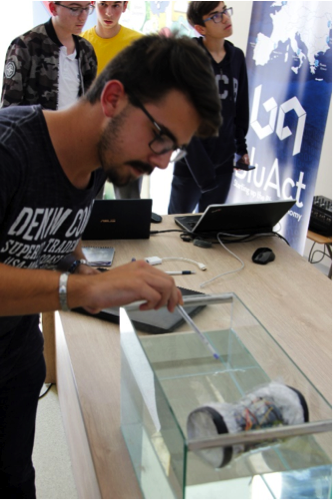 Around ports, for example, hackathons can generate ideas in areas as diverse as sea rescue applications, smart ports, shipping, GPS technology, underwater data, even ocean tourism, fashion or food. For Sims, “They provide a really interesting mechanism to crash together different sectors that wouldn’t ordinarily work together, like a slightly more traditional marine and maritime sector together with a more cutting edge, fledgling ICT sector.”

Cites also use hackathons to co-create urban solutions, and improve policymaking. With colleagues of all levels, future partners and stakeholders, says Jégou, hackathons “quickly shake up ideas, spontaneity, excitement, for people who may’ve been just looking at each other for years, especially in public administration.”

And then there are the big-buzz events like Hack Belgium, that Jégou describes as “three creative days to experience hackathon excitement… without expecting real output”.

Let’s be realistic, says Mario Laghi from Cesena (IT), in the URBACT BeePathNet Transfer network, “It’s very hard to organise a really effective hackathon, especially with the expectation of coming out with smart, innovative, easy-to-realise, ready-to-market ideas. Especially the long-lasting results are very hard to be pursued even when the level of actors and participants is very high.”

Some hackathons suffer by setting a challenge too broad, complex, or poorly defined. Others have been blamed for rewarding easier-to-pitch solutions, or more competitive personalities. Meanwhile, some cities later regret not involving moderators, tech people, schools or inspiring entrepreneurs.

The key pitfall is that when participants head home, their freshly created solutions disappear. “There are plenty of hackathons where people come up with interesting ideas that never make it to market,” warns Sims.

Even when winning creative teams do get quality incubation services, mentoring and finance, they don’t always stay as enthusiastic as their mentors.

So, how are URBACT cities making the most of hackathons?

“URBACT accompanies cities who are innovating in many aspects of governance, and there’s an increasing interest in hackathons. How do they ensure they’re useful, and adapted to policy questions?” says Nuala Morgan, head of URBACT’s Capitalisation and Communication Unit.

BioCanteens partner cities held their own three-hour mini-hackathon “mind opening” exercise in smart city Trikala (EL) in October 2019. Teams each devised an app supporting sustainable school canteens – traditionally a rather low-tech sector – and illustrated its use. They pitched their ideas to each other, ending with feedback.

Lalanne says this improved digital awareness is helping Mouans-Sartoux prepare a “smart food strategy”, with expertise and support from the European Commission's Preparatory Action on Smart Rural Areas in the 21st Century.

“We were energised: It was a great way to start from fuzzy ideas and come up with some very interesting prototypes, at high speed,” says Lalanne, whose municipal farm supplies schools with organic produce.

“How can local honey and bee products compete with cheaper mass produced imports?” To find innovative-yet-realistic solutions to this complex challenge, BeePathNet partner city Cesena is preparing a five-step series of idea jams.

Each team is to include a beekeeper, together with entrepreneurs and students in IT, environmental science, food science, agriculture, design or architecture.

“We’re stressing collaboration, but there’s also competition: in the end the most suitable solution will be selected, and the association of beekeepers is really interested to go ahead with implementation. So we need to give time to these co-creation groups to define real complex and integrated solutions,” says Saveria Teston, who coordinates the URBACT Local Group building the event. ULG members include the agricultural college, Bologna University, Cesenalab business incubator, regional innovation consortium ART-ER – and AFA beekeepers association.

Linked to the competition, the Bla 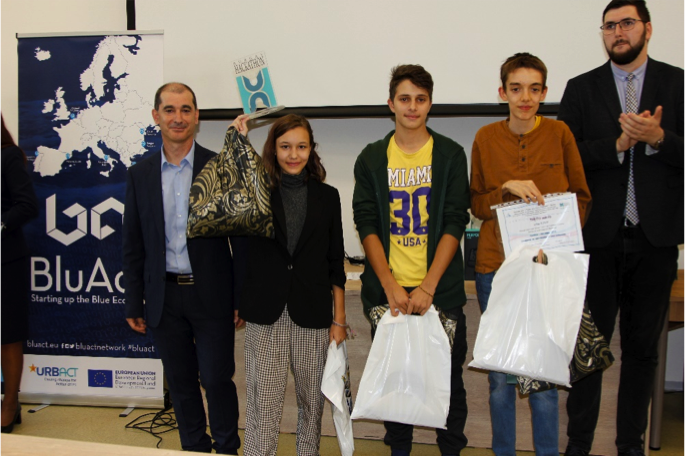 Burgas municipality’s Mariya Burulyanova says, “We familiarised participants with the concept of blue economy and how their ideas will be useful for the city of Burgas.”

“It was a very successful event with fresh, smart ideas of young people who are very keen to work on this subject,” adds Georgi Sakaliev, Burgas municipality.

In April, three innovative proposals will win up to 2500 euros, a trip to learn from Piraeus maritime entrepreneurs, and incubation support from partners like Burgas Port and other local businesses.

The Danube port city of Galati is also organising a Piraeus-inspired entrepreneurship competition, with business support and a final pitch event in April 2020. Like Burgas, Galati’s pitch event will feature hackathon participants alongside entrepreneurs who apply online.

ULG members’ feedback gave “a glimpse into the inner workings of the private sector and on running a business in our city,” says Prof Camelia Vizireanu, ULG Coordinator. “Hackathons are a good way to stop the braindrain in Galati by giving entrepreneurs the chance of developing and testing their ideas in a ‘safe space’.”

At Hack Belgium 2018, the City of Ostend discovered many Ostenders working on sea-related topics, from tourism to high-tech innovation. On joining BluAct, Ostend connected those 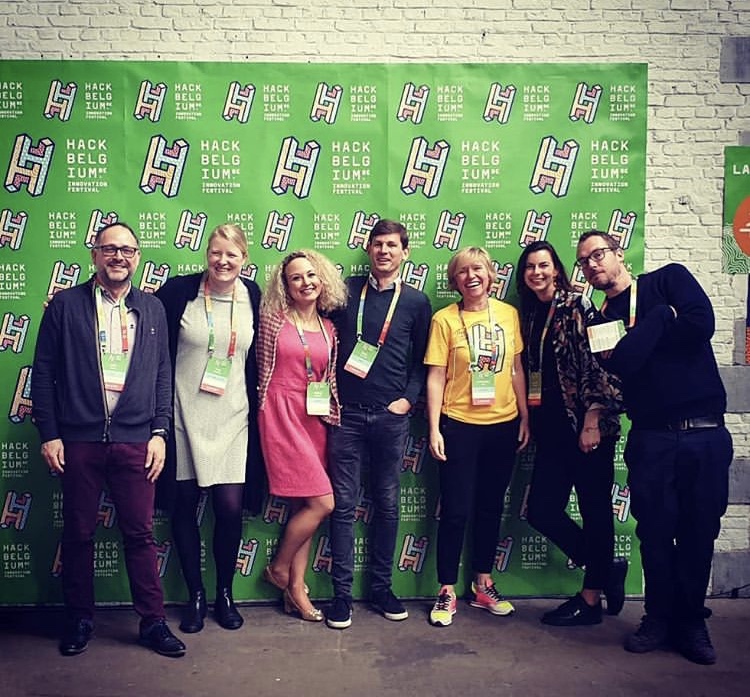 partners, forming an URBACT Local Group. This enabled them to coordinate an Ocean Challenge booth at Hack Belgium 2019 and showcase inspirational businesses including a fish-leather worker.

Support continued post-hackathon. “Thanks to BluAct we had a bigger, stronger local network so we could also take back ideas from Hack Belgium and further build on them in Ostend,” says City of Ostend’s Astrid Vanackere.

Ostend invited interested hackathon participants to its own blue economy competition, with a pitch event in March. After an online assessment and follow-up, nine teams are set to pitch innovative ideas to a jury of ULG members. Vanackere says this event will start the incubation phase and help tailor business guidance to the needs of each project.