In uncertain times like this pandemic sustainability is one of the most challenging issues for community festivals. Come In! partner cities share their ideas in finding new and innovative formats to ensure adequate resources and engage people in the long term for their initiatives.

Budapest100 as the best practice for the Come in! local initiatives integrates all the features of a sustainable social model: it has a clear objective (bringing built heritage – “our heritage” - closer to citizens), a clear message (all buildings are important and valuable), and a core action easy to communicate (buildings of a certain theme open up for a weekend once a year). It offers a variety of voluntary work and action tools how residents can join (e.g. researcher or crowdsourcing coordinator, organiser, guide, or simple visitor). It also has a certain reciprocity (it can be organised every year in different themes, to set a tradition for the event) and has a clear short- and long term impact by raising awareness of society to the values of local heritage.

Come in! partners have also analysed other best practice examples regarding community initiatives running global and found similar success factors for a long-term community model.  We were seeking to strengthen these success factors in the cases of the Come in! initiatives as these are the keys for a scalable and sustainable operational model.

How can partner cities’ pilots scale up to other districts or cities?

The theme of hidden and unique Armenian heritage in Gyergyószentmiklós (Gheorgheni, Transylvania, Romania), the fascist (Rationalist) built heritage in Forlì, Italy, and the modernist architecture in Varaždin (Croatia) have defined actions to scale up to other districts or cities. As we can see the case of Gyergyószentmiklós (18 000 inhabitants) or Varaždin (47 000 inhabitants), successful scaling up does not depend on the size of the town or city, but on the possible interest the festival theme might bring about. 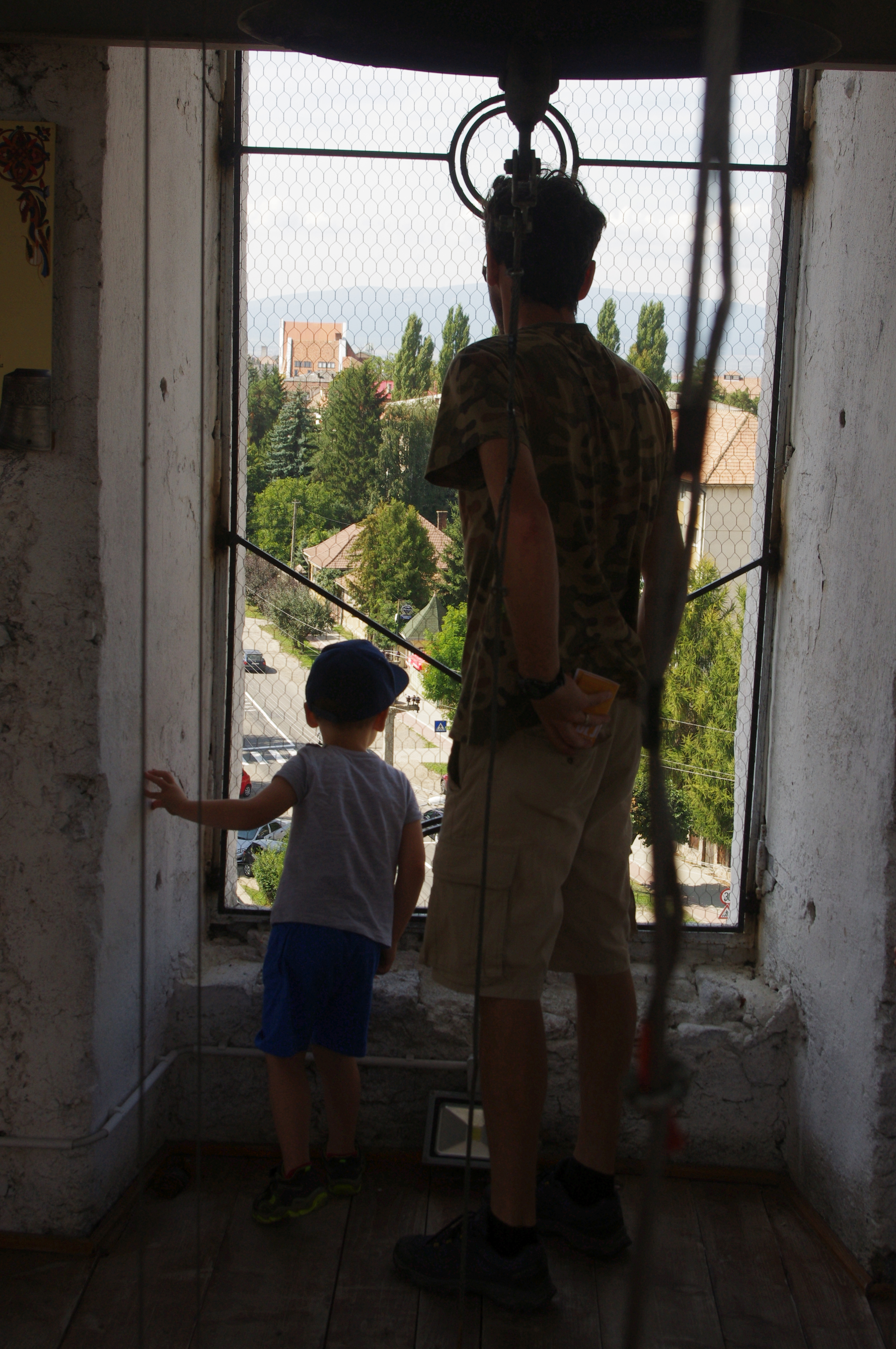 Gyergyószentmiklós has not been well known for its Armenian heritage among neither locals nor tourists even though most buildings in the city centre have an Armenian history. Therefore, the transfer of the good practice can also be interpreted as the reconnection of the town to its hidden identity. This hidden heritage is also a key to scalability as Gyergyőszentmiklós is not the only town with strong Armenian roots in Transylvania Szamosújvár (Armenopolis), Erzsébetváros (Dumbrăveni), Marosvásárhely (Tirgu Mures) and Csíkszépvíz (Frumoas) are also important towns and cities with the same roots. The discovery of the common heritage of these towns can play an important role in strengthening common identity of the region and enhance joint local actions.

Architecture of the historically controversial era is the central theme in Forlì since Mussolini wanted to create an ideal fascist town there. The reconnection to the build heritage of this sensitive era is not only relevant for Forlì, but also for several small/medium cities of the Forlì-Cesena Province (Terra del Sole, Castrocaro, Fratta Terme, Predappio) having similar Rationalist architectures, heritage and histories linked to this period. Several cities of the Province are involved in the ATRIUM cultural route (Architecture of Totalitarian Regimes in Europe’s Urban Memory) and - in the framework of it - a collaboration between Forlì and other cities of the Province (Predappio, Cesenatico, etc.) already exists. A conference will be organised for these partner cities as a first step for scaling up.

A common archive or/and an interactive map (app) showing the locations and buildings built in the former Armenian or fascist era could present the historical buildings how they look today in all partner towns and cities. The map can be supplemented by numerous documents, including a list of houses, a chronology, a glossary, and recollections, personal stories, photos. Adding a navigation tool, visitors would also have the possibility to view the houses at street, district and even town level. If successful, it can be predicted that these resources will continue to expand and people will be encouraged to submit their documents and personal stories concerning their personal stories. Also, festivals can be organised in close cooperation in all towns, attracting cultural tourists as well as locals.

Őrmező (Budapest, Hungary) has initiated a courageous theme for their festival by showing prefabricated building blocks, the heritage of the socialist era.  This theme is especially challenging since most districts of Budapest hide this heritage and consider it as a problem, not something to be proud of. 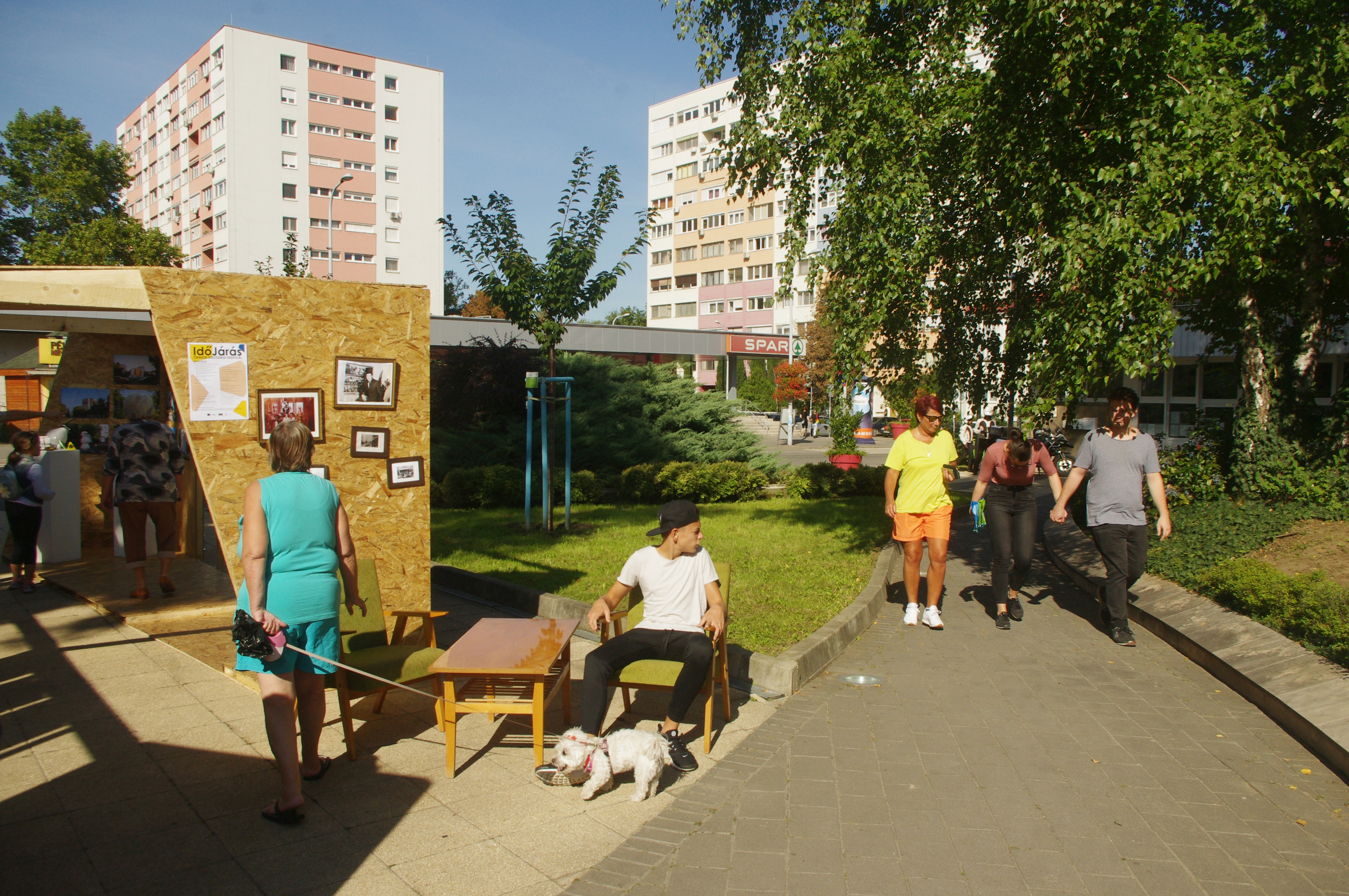 On the other hand there is a huge potential in scaling up this theme, as there are around 10 million prefabricated housing units in large housing estates in which more than 30 million people live in Central and South-Eastern Europe (Poland, the Czech Republic, Slovakia, Hungary, Romania, Bulgaria). Most of these blocks are located in cities, and they are one of the main challenges of urban housing of today in these countries. Bringing in this theme for Budapest100 would be the best scenario in scaling up the initiative.

Varaždin has chosen its modernist architecture to complement the city brand and thus bring built architecture closer to locals. Using open research and crowdsourcing methodologies will be a good tool to enhance civil engagement and bring architectural heritage closer to the large number of young people living in the city. There are also five other districts within Varaždin with the same heritage and further several towns across the country as a first step to scale up the project. The key in scalability is the young architectural NGO DAV (Association of Architects Varaždin) having the potential to reach out and make the project attractive to other young people and other cities. Complementing the crowdsourcing with a crowdfunding campaign does not only ensure financial independence but also has communication benefits as it highlights the independent and civic image of the festival and helps engage younger generation. 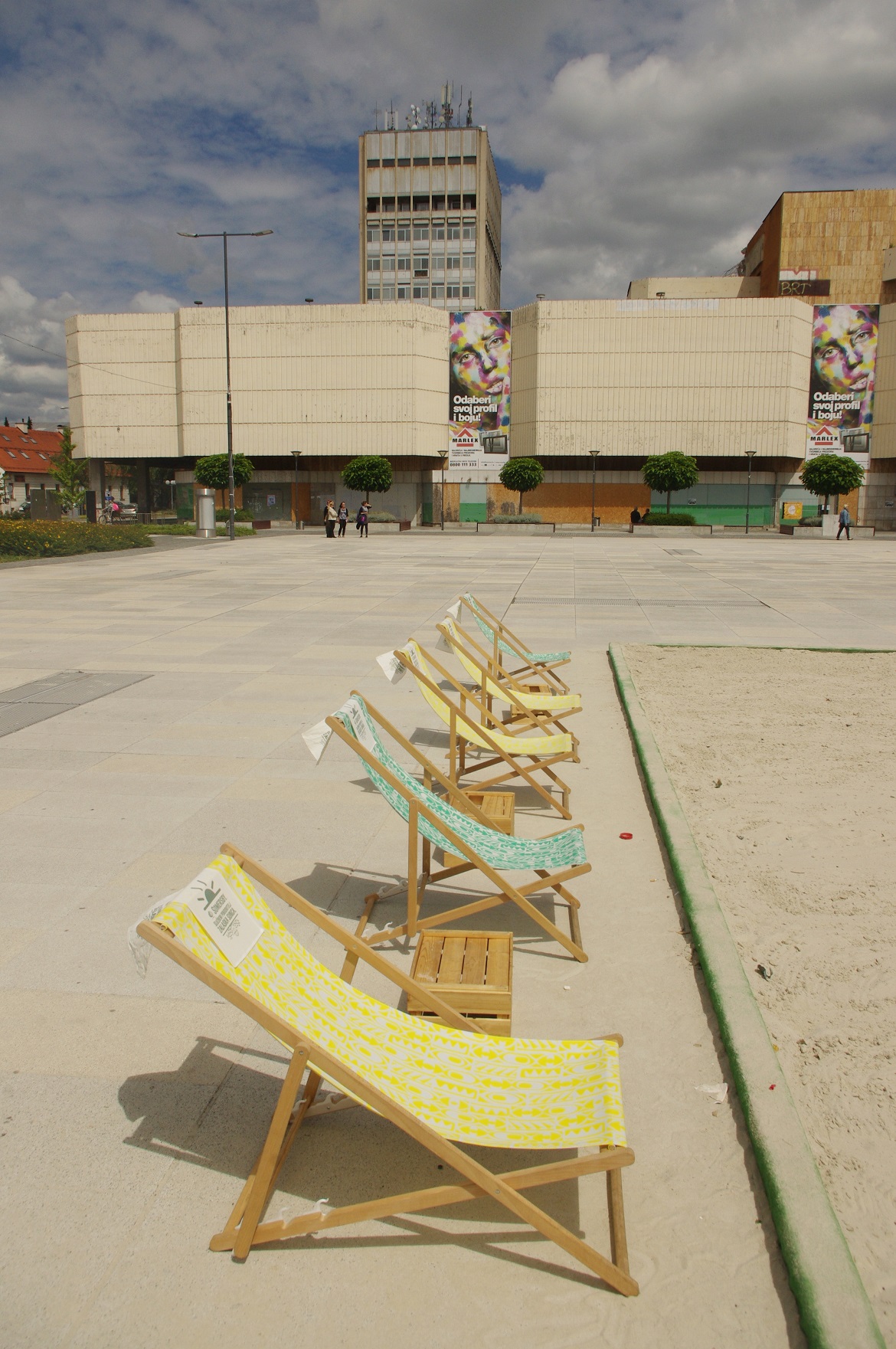 How can partner cities ensure their project’s sustainability?

Targówek (Warsaw, Poland), Varaždin és Pori (Finland) were planning their festival for spring 2020, but these events had to be cancelled due to the pandemic. The rescheduling of the festivals challenged the design of the sustainability plans too, and this uncertain situation has made cities turning to using more online tools and platforms and building on social media in an enhanced manner.

A strongly engaged community is key to the sustainability of all successful local initiatives. The use of social media and other digital tools for storytelling allows project owners to quickly engage fellow citizens around the initiative and enable them to act together. Launching an open call for video and photo for storytelling in the case of Plasencia (Spain) for their autumn online festival, is one of the strong examples. The open call in Plascencia will be a ‘contest’ aimed at sharing stories and heritage elements, tangible and intangible, of their city on social media via short videos and photographs. It is expected that this video contest will help bridge generations and help old people share their stories through the tools of the younger generations.

Pori on the other hand has decided to build an innovative interactive website for the history of the Radio Station and bring in local stories related to it through crowdsourcing. Stories, photos and different kinds of historical materials are crowdsourced with the help of social media, and collaboration with local radios and other media. These stories would then be published online and paired with visualizations reflecting the idea and aesthetics of radio waves and radio technology. Both cities have introduced a new format of storytelling which helps history become visible, liveable and understandable through specific places and spaces and the personal stories associated with them. Places and stories can also be easily connected from an urban community by those who have no or only different experiences with those places or people. 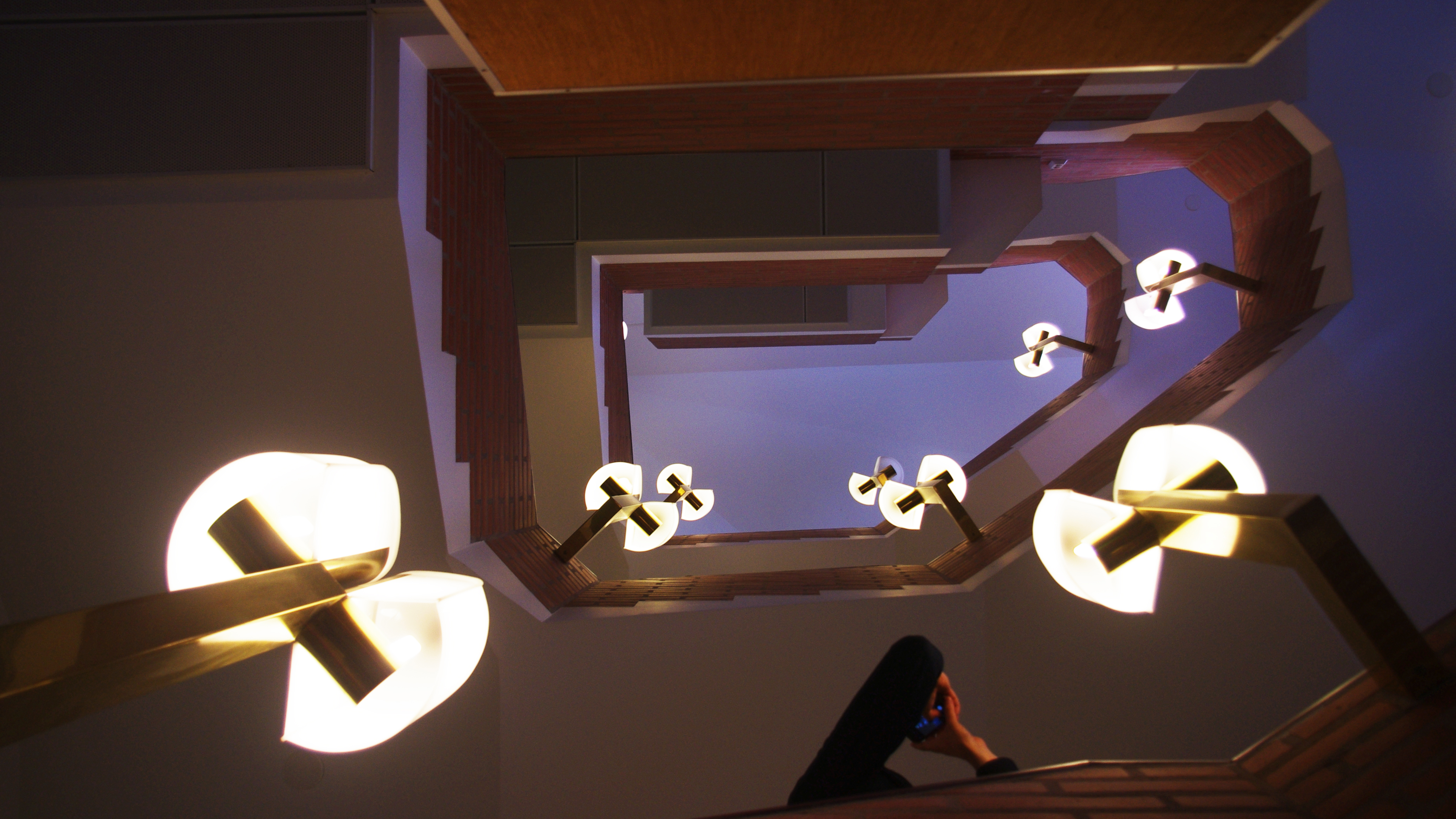 In the case of Őrmező the question was somehow different: how could the festival best benefit from a joint communication and organisation and common engagement schemes with the yearly Budapest100 festival, but keeping the local and independent nature of the initiative? The result may be the involvement of the Őrmező festival into Budapest100 as a side event and integrate members of the ULG group as local coordinators of the Budapest100.

How can partner cities find the best organisational framework to ensure sustainability?

Successful bottom up local communities and creative initiatives are supported by the municipality either financially and by a supportive legislative framework, but the main organisational work is undertaken by NGOs or locals.

Visitors, ULG members, volunteers and officials were all analysed on a local scale using the Social Design Canvas. Each stakeholder’s role was analysed, and we looked behind their motivation to find adequate rewarding schemes.  We used the methodology to look for the best digital tools to enhance engagement of stakeholders. The ULG set up for all projects was a very solid basis for the future organisational setup, in all cases a strong and motivated player from the ULG group was found to take over the organisational tasks of the festival after URBACT.

The cooperation between a top down and bottom up level is a strong feature in all partner cities and in some cases the NGOs to take over the responsibility of the organisation has very strong connections to certain groups (e.g. young people) enabling it to better achieve objectives of the project. The first example is the case in Pori (T.E.H.D.A.S) and Plasencia (SEdAP) and Gyergyószentmiklós (TÉR), while the second example applies for Varaždin (DAV)  In the case of Őrmező, the future organiser (the Community Centre) will have the possibility to build strongly on the network and experience of Budapest100. Therefore, it is still not clear whether the future of the festival will be an independent festival or a side brand of Budapest100.

Budapest100 can also stimulate the success of a sustainable model by extending its boundaries and become an international brand with international framework for the partners cities. This way Budapest100 will become more than a source of inspiration for cities and provide a set of simplified rules and tools and develop a framework that makes it easier to engage more people.

How is it possible to ensure financially sustainable models in the long term?

In most cases, COVID-19 has brought about an uncertainty in the future budget of the municipalities also challenging financial sustainability of the community festivals. As budgets are limited there will be more pressure on engaging a higher number of volunteers and use crowdsourcing for research activities.

In the case of Pori however providing the former Radio station by the municipality and providing resources for the restoration as financial support is the solid basis for a financially sustainable future. Forlì and Gyergyószentmiklós will have access to dedicated national funds from the national funding schemes.

The strong traditions in Targowek in community budgeting could open up a possibility to use citizen engagement and transfer this resource not only to build up a strong urban community but also to enable financial support from the municipality. Applying bottom up financial actions and innovative tools such as crowd funding in the case of Varaždin can be a good way to enhance financial independence in the longer term.

Experiencing with innovative formats and new models will help all cities find sustainable models, but the successful implementation of the festival after the pandemic is an important pre-requisite to gain enough experience and finalize their viable sustainability plans.

Submitted by Artur Katai on 25 September 2020