“In 2050 the citizens of Sofia enjoy good opportunities for realization and environment, where they can achieve high quality of life. They love their city and have a sense of belonging to it. Neighborhoods create conditions for the formation of cohesive communities. Social exclusion has decreased, people communicate actively and calmly, public spaces are lively and create a sense of identity, shared narrative and solidarity. ”

Thus, Vision Sofia presents the goal for “Cohesion and Communities” part of the vision’s section called “People”. But which are the practical next steps to focus on the gradual achievement of this goal? By the end of 2019, Sofia already had a prototype map, which presents the neighborhoods in Sofia municipality according to their level of social inclusion.

The map is being developed as part of the project Com.Unity.Lab - a network for exchange of good practices in the field of sustainable urban development. Sofia Municipality, represented by the municipal enterprise Sofproect, "Integration of People with disabilities, Programs and Projects" Directorate and "European Programs and Projects" Directorate, joined the European network to get experience from the City of Lisbon.

As part of the initiative, the Portuguese capital shares what their city has learnt from the implementation of the Lisbon strategy for local development in priority areas. The aim of the strategy is to map and improve the conditions in neighborhoods whose inhabitants are disadvantaged according to their social, economic and educational status.

On December 16, the team of Com.Unity.Lab Sofia presented the developed prototype map for social cohesion to an expert group, which included representatives from the Agency for Social Assistance, the Municipal Enterprise "Social Patronage", "Education" and "Social Services for Children and Adults" Directorates , as well as representatives of universities and research centers. The purpose of the meeting was to present the methodology and the identified indicators which are base for the development of the map. The initial selection of the main indicators was a result of series of discussions with key experts working in the field of urban research. The map prototype is not yet publicly available as it is in a process of supplementing with data. 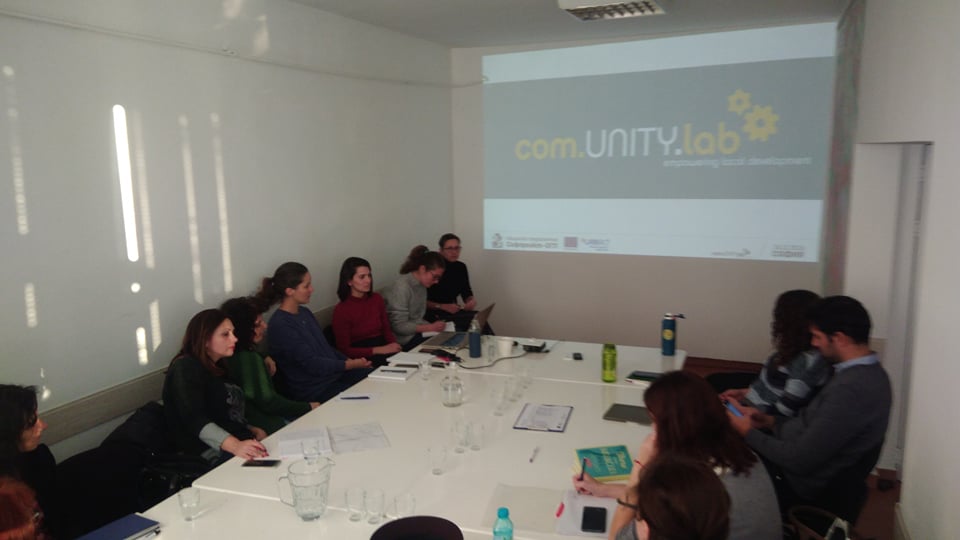 For the process of the map creation Com.Unity.Lab Sofia team is guided by the concept for "social exclusion" given by the European Union, namely: Social exclusion is a process whereby certain individuals are pushed to the edge of society and prevented from participating fully by virtue of their poverty, or lack of basic competencies and lifelong learning opportunities, or as a result of discrimination. This distances them from job, income and education and training opportunities as well as social and community networks and activities. They have little access to power and decision-making bodies and thus often feel powerless and unable to take control over the decisions that affect their day to day lives. ”(Joint Social Inclusion Report 2004)

Based on the Lisbon experience, the team of Com.Unity.Lab Sofia chooses education as a key indicator to measure social inclusion, correlated with several other indicators, such as access to public transport, ways of heating and real estate pricing.

The purpose of the map is to present the status of the different neighbourhoods in Sofia municipality according to their level of social inclusion and to mobilize concrete steps for improving the social cohesion and development of those territories where the need is a priority. A major approach to improving social inclusion will be empowering local communities through the creation of local working groups, in which not only community representatives but also representatives of local institutions, business and non-governmental organizations will be invited to participate.

The map will be completed in the beginning of 2020, when it will be publicly presented. 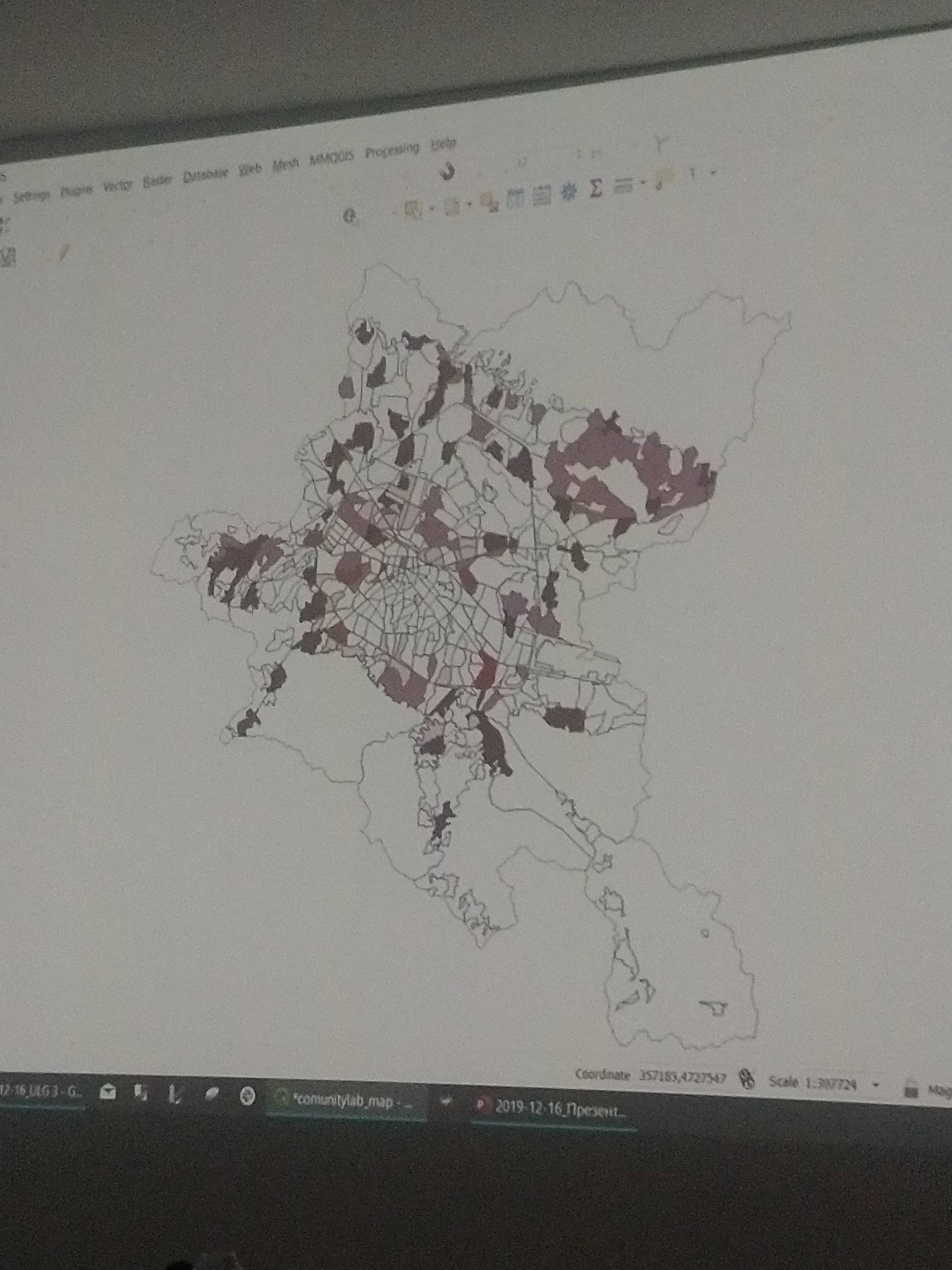