Covid-19 emergency in Naples: the key role of self-managed spaces and urban commons

The lockdown put to a hard test the largest city in Southern Italy, but the response from volunteers and activists has been outstanding

Although the spread of the novel Coronavirus infection did not hit as hard as in Northern Italy, even in the South there has been and still there is great concern about the dangers of contagion: in Naples, in particular, there was fear due to the high population density (8.566 inhabitants per square kilometer on average, with peaks of over 30.000 inhabitants per square kilometer near the historic center, where large families live in small spaces). In this context, it would be difficult to contain a possible epidemic and for this reason during the quarantine phase local government and police forces were very careful to limit people’s movements to the minimum, constantly monitoring the streets of the city.

Naples has a high unemployment rate (23.3%) and Covid-19 complicated an already critical picture: the closure of almost all businesses and restrictions to people’s movement brought large swathes of the population to economic crisis, sometimes struggling to get even basic necessities. 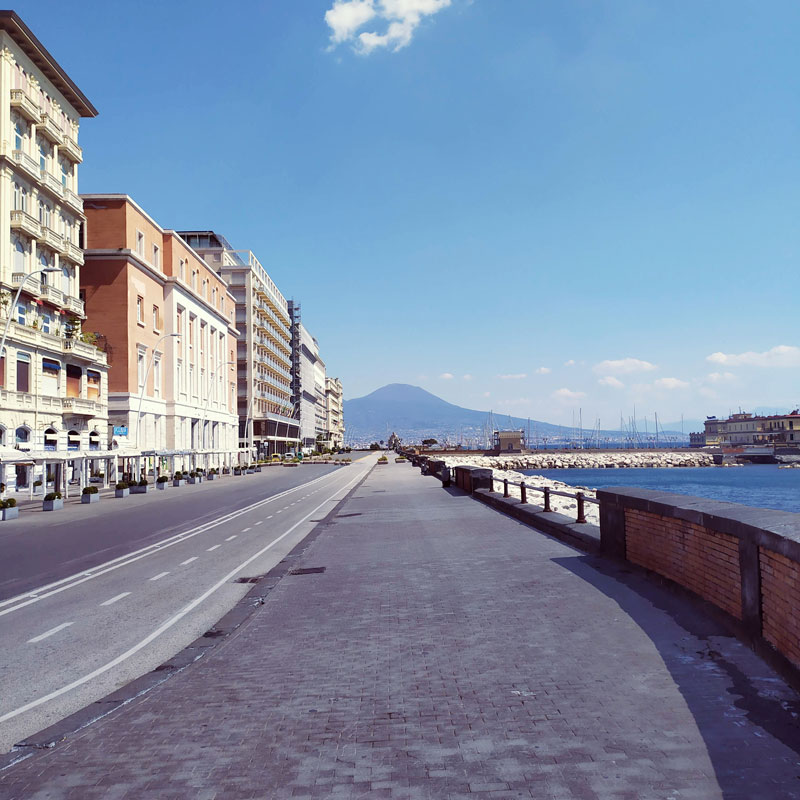 Due to the sudden evolution of the emergency, the City administration struggled to react promptly but thanks to the wide network of associations, cooperatives, soup kitchens, social centers and urban commons many inhabitants received concrete support during “phase 1”. Resilience and constant presence on the territory allowed activists, volunteers and social workers to create, in no time, solidarity networks to support the weakest groups of inhabitants from the first hours of lockdown through the distribution of food and small economic contributions. Thanks to a dense interweaving of telephone calls, Facebook groups, Telegram chats and wiki-based platforms such as viralsolidarity.org, permitted to track down those in need and enabled active citizens to intervene house by house.

The "informal welfare" of these social groups has been decidedly incisive, even more than the institutional one. As the journalist Antonio Musella explains in the newspaper fanpage.it, by the end of April the Municipality of Naples delivered 1,500 food parcels and collected 60,000 euros in aid, while the social centers alone assisted 1,700 families and raised over 80,000 euros. The consortium of social cooperatives “Gesco” managed to deliver parcels to 3600 families and guarantee 1500 meals to the homeless, meanwhile the soup kitchen “Mensa del Carmine”, one of the main public facilities, served around 600 meals every day.

With all the usual activities suspended by cause of the lockdown, social centers, self-organized spaces and urban commons like Scugnizzo Liberato, ex Opg, Mensa Occupata, Sgarrupato Occupato and Zero81 – to name a few active near the city center – reconverted their spaces in kitchens or food stores where to pack parcels to be distributed once or twice a week, using small pickup trucks, motorbikes or simply on foot. Many of these informal organizations activated crowdfunding campaigns, such as ex Opg, which through word of mouth and online communication raised more than 42,000 euros to buy supplies, personal protective equipment and other primary goods to be given to poor families, migrants and homeless. 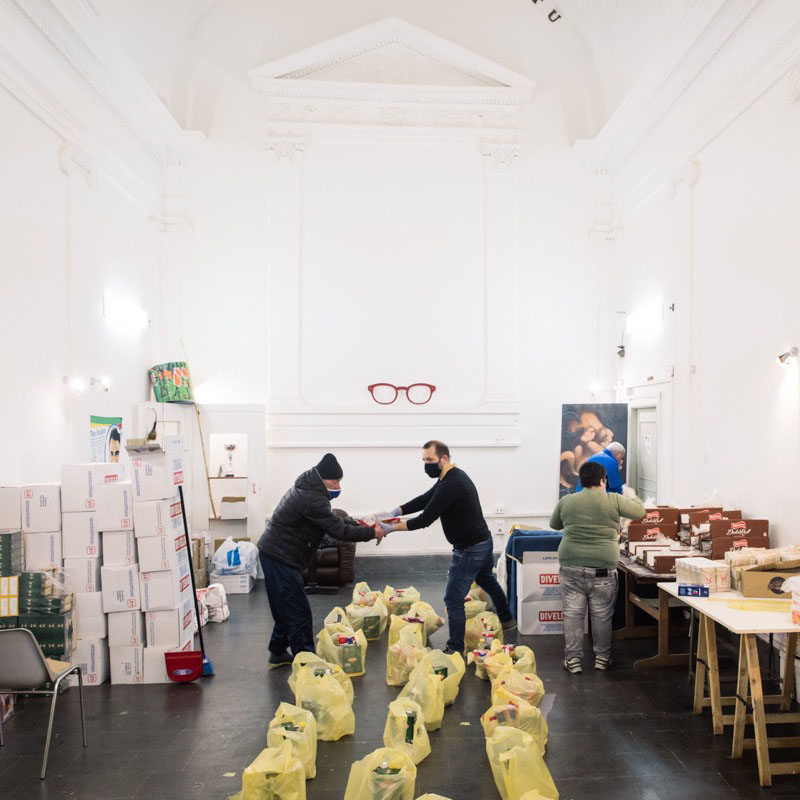 Packing food parcels to be distributed at Sgarrupato Occupato, May 2020

Nevertheless, the support for the population was not limited to food. Given this situation of isolation, several urban commons provided and still provide psychological support with dedicated telephone numbers (such as Villa Medusa) or legal assistance via chat or email (such as l’Asilo). Santa Fede Liberata opened its doors to give shelter to the homeless. Giardino Liberato di Materdei, together with activists from other communities, contributed to the creation of Radio Quarantella, a web radio with an open editorial board that collects voices from quarantine – not just from districts of Naples but even from all over the world. 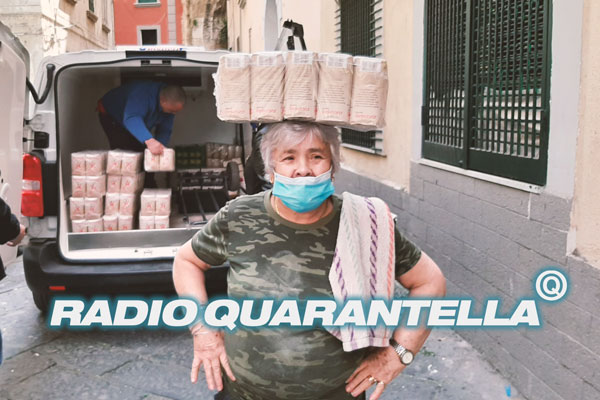 The extraordinary situation faced by cities like Naples during the pandemic has highlighted the essential role of self-managed or co-managed spaces of aggregation and mutualism. In fact, the informal and community-based welfare system that active citizenships are building in Naples for years has confirmed its capacity to react quickly and in a targeted way to the local needs, especially when emergency circumstances require a decentralized approach. This confirms the important role of urban commons as social infrastructures, producing public services of social impact through solidarity, creative, collaborative, digital and circular economy initiatives.

Now that the lockdown is over, the challenge is to continue supporting emarginated or at-risk residents. For them, the emergency is not over and will not end soon.

Submitted by Gregorio Turolla on 29 May 2020