City administrations are frontline actors when it comes to developing and supporting cultural policies, especially cultural policies that foster social inclusion. That is why towns and cities must trial new, better ways to make culture accessible to those segments of the population that are more fragile and frequently excluded from mainstream cultural practices. URBACT Expert Laura Colini highlights URBACT’s contribution to the EU Urban Agenda (UA) on questions of culture and inclusion, presenting a selection of city solutions shared through EU UA Partnerships...

Culture and social inclusion are key indicators for social equity, and participating in creative and cultural activities can be life-improving. As many cities discover through URBACT, promoting an open and inclusive culture can facilitate empathy towards others, and foster creativity and appreciation of the diversity of human experience, while reinforcing democratic principles.

This is why the European Commission offers a generous number of programmes – and streams of funding – dedicated to cities and regions, architecture, gender, performing arts, and more. In fact, culture is at the core of European heritage, while social inclusion represents one of the EU Cohesion Policy priorities, particularly for people with disabilities, younger and older workers, low-skilled workers, migrants and ethnic minorities, people who live in deprived areas, and women in the labour market.

With culture, social inclusion and participation high in URBACT’s priorities, the programme has contributed to EU Urban Agenda Partnerships on ‘Culture and Cultural Heritage’ and ‘Inclusion’, sharing capitalisation expertise and city practices, and co-designing proposed actions. These partnerships bring together relevant people from the European Commission, national and local governments, and a wide range of international organisations, to propose better knowledge, funding and regulations at EU level. While there is no obligation for EU institutions to implement these proposals, the EU UA has provided an important framework since 2016, to propose new investments, highlight barriers and present good practices to decision-makers at EU level.

The experiences of cities in the URBACT networks ACCESS, ONSTAGE, and Rumourless cities are particularly interesting to share. For example, together with Eurocities, URBACT co-led an action for the EU UA Partnership on Culture and Cultural Heritage entitled “Cities’ needs for future research on local cultural services as drivers for social inclusion”. URBACT also contributed to the action “Promoting the inclusion of migrants and minorities in art and culture” coordinated by the Migrant Policy Institute as part of the EU UA work on inclusion.

What would local governments find useful to help them develop better local cultural policies and activities? This was a question URBACT addressed together with Eurocities in an Action they co-led for the EU UA Partnership on Culture and Cultural Heritage. A first step of their action, entitled “Local cultural services fostering social inclusion” was to identify precise research topics linking culture and social inclusion. They shared a survey among URBACT and Eurocities partners working on culture and heritage. As a result, 15 cities fully responded to a comprehensive questionnaire that covered cities' needs in terms of culture and space, education, health, wellbeing, resources and policies.

Eurocities is now engaged in further sharing the results with the European Commission to better profile future calls such as Horizon 2020, Erasmus plus and others related to culture, which take into account local governments’ needs and perceptions.

At the same time, in the EU UA partnership on the inclusion of migrants and refugees, URBACT contributed to a parallel and thematically close action on ‘Arts and Culture‘ focusing on migrants and minorities. The result is a study, “Promoting the Inclusion of Europe’s Migrants and Minorities in Arts and Culture” by the Migration Policy Institute (MPI).

Analysing cultural institutions in 11 countries, the MPI study includes examples from URBACT cities, including those in the ONSTAGE network of music schools for social change described below. The study records that in Europe, many institutions that form the backbone of urban cultural ecosystems – including museums, libraries, theatres and concert halls – have in recent years taken steps to engage more actively with migrants, refugees, and minorities as potential visitors and audiences, and to support them as producers of art and shapers of the cultural landscape. However, the study warns that power imbalances within the cultural sector are understudied and that “strategies to increase the representation of migrants and ethnic minorities in the cultural life of a city should look beyond token inclusion projects”. The study concludes that “The combination of anti-racism movements and the pandemic has been as a major wake-up call for cultural venues in Europe and elsewhere (...), but the engagement of a broad group of stakeholders – from policymakers at the local, national, and European levels to civil society and schools requires further commitment.”

Cultural and social inclusion in cities

While the survey with Eurocities was designed exclusively to consult with and provide input to public authorities, the Migration Policy Institute study covered a broad range of local institutions providing cultural activities with and for migrants. URBACT’s support to the development of those EU UA actions included the sharing and showcasing of practices identified in URBACT networks in an online event, ‘Cultural and social inclusion in cities’, in November 2021. Here’s a brief summary of four key practices used by cities in the URBACT ACCESS network, as presented at the event:

1. Research to reach those who do not engage

Small-scale research on the social impact of larger-scale cultural projects was undertaken in London within the framework of ACCESS. The study helped support culture for Londoners by providing valuable information, insights and an action plan on how to ensure culture enriches and empowers all Londoners equally. In particular, the study identified innovative ways to address and remove barriers for people who do not traditionally engage with culture, and to help build relationships, encourage social participation and reduce social isolation. The impact on people of the arrival of ‘Little Amal’, a 3.5 metre tall puppet representing the history of young refugees travelling from Syria, in the city in October 2021 was taken as a case study on innovative practice. 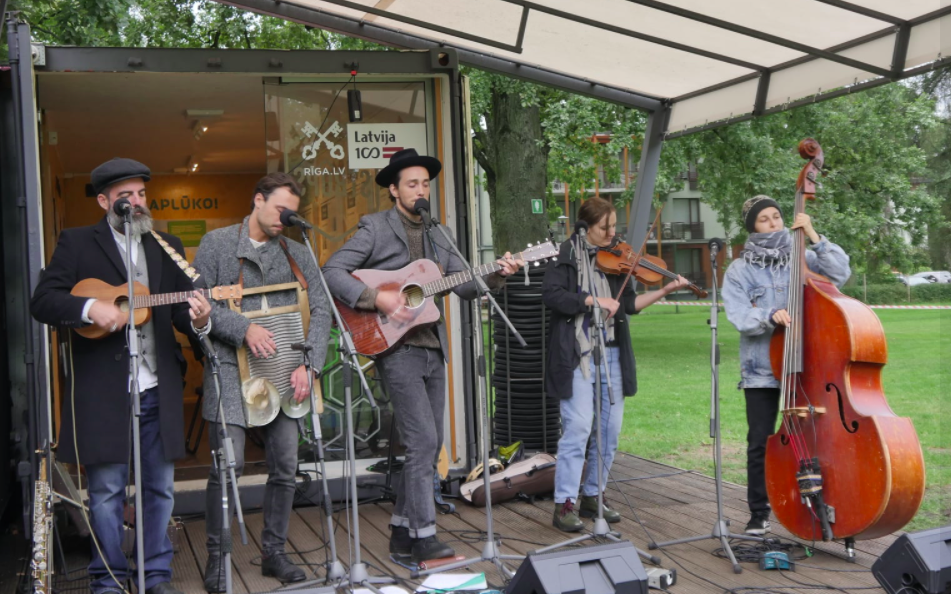 Riga’s ‘BeeHives’ are mobile cultural spaces offering diverse cultural activities in neighbourhoods lacking a cultural centre. They host concerts, lectures, exhibitions and events for children. Over the three years since their introduction, BeeHives have become a very popular initiative in the city, helping to offer a sense of ownership and empowerment for residents, and achieving significant numbers of attendees at their events up until the start of the Covid-19 pandemic. 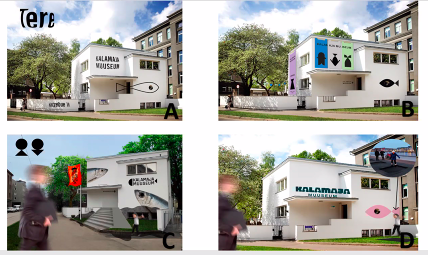 Estonian partner in the URBACT ACCESS network, Tallinn, has created a unique “museum without walls”. The Kalamaja Museum, in the southern district of Kalamaja, fosters community engagement and participation through the collection of small items, narratives and traditions from the local neighbourhood.

Dublin’s City Council Culture Company is also part of the URBACT ACCESS network. Dublin explored cultural participation by holding informal group chats over a cup of tea. They asked people about their thoughts and ideas on the city and culture, with questions such as: “What do your city and your community mean to you?” or “How might culture connect us all?”. 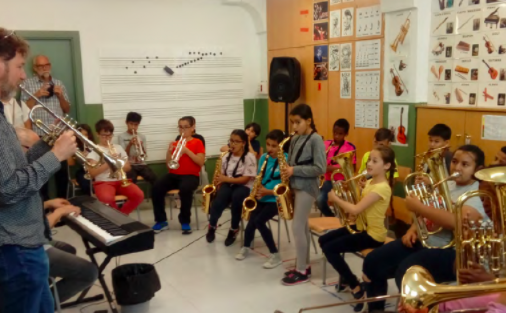 Alongside ACCESS, URBACT has sparked a wide range of other cities to address the topics of culture and social inclusion in diverse ways. Here are just two examples:

The URBACT ONSTAGE network was set up to democratise the access to and production of music and art with an integrated, cohesive and participative approach. Based at the EMMCA (Escola Municipal de Música - Centre de les Arts), a municipal arts centre and music, drama and dance school in L’Hospitalet (Spain), the project has enabled culture to be placed at the centre of the city’s social change, boosting links between citizens and tackling segregation.

Meanwhile, C-CHANGE transferred a model developed by the Manchester Arts Sustainability Team (MAST) to other European cities, helping them mobilise their arts and culture sectors to contribute towards local climate change action, and develop plans to engage citizens to act.

Challenges ahead for culture and integration

In conclusion, cultural participation represents a very important sign of progress towards the social inclusion of vulnerable people. However, within the EU, gaps and challenges still exist. Areas in need of further examination and discussion include:

More to look out for…

The outcomes of the EU Urban Agenda on Culture and Cultural Heritage will be presented in Rome on 20-21 June 2022.

“Culture with everyone”: Why creating culturally inclusive cities is changing the way capital city policymakers approach their work