Big data and open data are buzz concepts in urban governance. But what do they mean? Where is the current good practice? And how can cities get smarter in using both their own data and data sourced elsewhere? This issue is a regular feature for debate on new forms of public sector governance. By Sally Kneeshaw, URBACT Thematic Expert

As part of its Digital Agenda the European Commission launched a new strategy on big data in July 2014, aimed at accelerating the transition to a data driven economy. The European regulatory framework includes the Directive on re-use of public data in force since 2003, revised in 2013, addressing public sector information materials and encouraging their re-use.

But clearly open data is more than a regulation. It is also a tool to understand and develop cities, to open up statistical and geographical databases in line with the regulations and create new platforms open to citizens, researchers as well as businesses and other stakeholders. It has the potential to facilitate better monitoring of strategic plans, based on sustainability criteria, as well as the layering of additional data from other sources, in particular from citizens. Importantly it represents a way to support co-production in cities.

Here are a few examples of cities and citizens making strides towards a more open data culture, and reaping the benefits in the way that public services can be delivered in a more targeted and efficient way.

The city of Umeå, with 117 000 inhabitants in northern Sweden, is a front runner in developing Open Data tools. Here are two examples of the way they are using data to reinforce their culture and energy efficiency strategies.

As European City of Culture 2014, Umeå is using Open Source platform to further develop practical methods for co-creation, and demonstrate how culture and sustainability are strongly intertwined, by for example ensuring open access to culture and public spaces for all. The Open Source platform encourages citizens, creatives, cultural institutions, voluntary associations, companies and public authorities to come forward with ideas for projects in the fields of culture and sport. Umeå hopes this will also position the city as more attractive to students, people who move here, entrepreneurs, creators and investors.

Umeå is also using open data to drive a sustainable construction and retrofitting project Sustainable Ålidhem which won the Sustainable Energy Europe Award 2013. Clear and transparent indicators are an important element of the successful project. Data from the city and municipal utility companies have been combined, analysed at a micro level, to identify the housing stock, even down to the household level, and to focus where most energy efficiency gains can be sought. This layering of data from the city’s statistical office and energy companies allows for a very sophisticated monitoring framework and best targeting of actions to achieve local objectives. 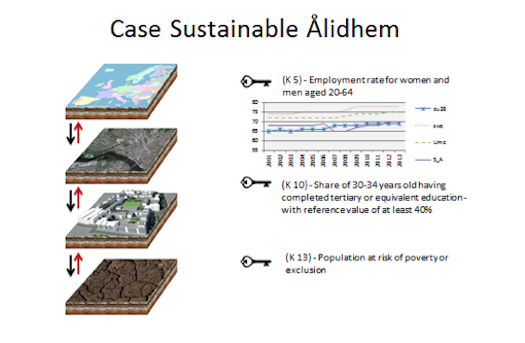 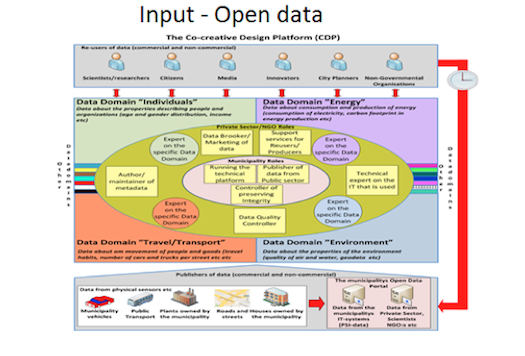 Umeå is clear that opening up data is a political decision, that brings risks but also potentially great rewards.

Nesta in the UK, in collaboration with Code for Europe partners, hosts the Civic Exchange network allowing cities to find and share technology in order to deliver better public services. The showcase starts from the fact that cities across Europe share similar problems, from over-stretched transport systems through to low citizen engagement. Many are looking at digital technology to help find ways to solve these issues. The civic technology tools and apps on display can be shared and used by others, and provide inspiration and proof of concept. All of the technologies have a civic focus, are aimed at improving the lives of citizens, are relatively mature, are used in at least one location and show evidence of how useful and effective they are.

A few interesting examples from the platform include:

Bürgerforum Vorarlberg The Bürgerforum Vorarlberg web and mobile apps allow citizens to flag and report community issues to their local authority. Developed by local news outlets VN and Vol.at for the Austrian state of Vorarlberg, users can upload photos or comments about a local issue – such as potholes or graffiti – and the location will be automatically recorded through geotagging.The information can then be viewed directly by the correct local authority department, and users can keep track of the progress of their report through the apps.

Collideoscope builds on a successful mySociety app called FixMyStreet, which helps people report, view or discuss local problems they’ve found to their local council by simply locating them on a map. Collideoscope is a tool for reporting bicycle accidents and security hazards in order to develop a better picture of the safety and experience of cycling in the city, and to show it openly and widely. It records accidents and near-misses involving bicycles, and maps cycle accident black spots to inform street design.

By sharing these examples, URBACT cities can get inspired about the ideas and the soft- and hard ware behind open data tools, in order to move to mass adoption and a scale that allows greater efficiency and reach.

Submitted by Sally Kneeshaw on 22 January 2015