The digital builders program, a catalyser for the innovative dynamics of an entire metropolis

The Métropole du Grand Paris and his Digital Builders program that aims to gather a community of local civil servants mobilized to develop collectively new digital public services at a metropolitan scale.

The Métropole du Grand Paris is an inter-municipal establishment gathering 131 municipalities over a territory of 814 km2 of continuous dense urban area. Instituted in 2016, one goal of this structure is to assist these municipalities in the development of new projects tackling the urban issues of the metropolitan area. In order to address this objective, the Metropole has notably launched the Digital Builders program. Inspired by the Innovato’R initiative, this program aims to gather a community of local civil servants mobilized to develop collectively new digital public services at a metropolitan scale. After three days of collective workshops, intersperse by one month of digital monitored deepening sessions, this community of around thirty volunteers have managed to imagine four brand new ideas, of which two are currently implemented by the Metropole. 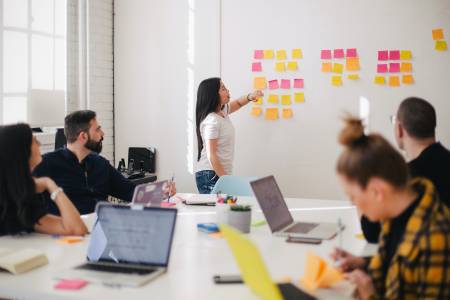 Despite the scale of its territory, 7.2 million residents and 25% of the French GDP, the Metropole du Grand Paris is currently a structure of around one hundred employees. Then, on digital and innovative issues, part of its actions are oriented to the local municipalities, in order to stimulate and encourage them to adopt new approaches in their public policies. For example, based on the fact that the launching of innovative and digital policies firstly requires local civils servants aware of these issues, the Metropole has created a collective training program open to all civils servant of the metropolitan municipalities. This first program, called Digital Explorers, is also supported by a metropolitan fund dedicated for the implementation of new digital and innovative projects. Today, around forty municipalities have participated to the two promotions of the Digital Explorers Program and 59 projects have been grant-aid by the Metropole for a total of 1,9 M€.

These two initiatives have permitted to identified civil servants inclined to launch new projects and to share the results at a metropolitan scale. At the end of the first promotion, the participants of the Digital Explorers were also eager to pursue their collective work. The Metropole decide to capitalize on this willingness by building a new program which would aim to create new services at a metropolitan scale with the involvement of civil servants from various municipalities. It was time to drop your Explorer’s glasses, and roll your sleeves up to become a Digital Builders! 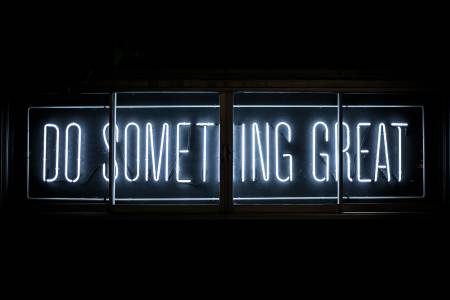 In this project, the Metropole has been particularly inspired by the Innova.to program of the City of Turin, where two civil servants have organized a competition to develop new innovative projects. This call for innovation was open to all civil servant of the Municipality, with the will that the submitted ideas aim to improve the administration performances especially about reducing wastes.

For its own project, the Metropole based its program on the same idea, but extended the public to all civil servants of the municipalities of the metropolitan area. In order to recruit these future builders, the Metropole mainly appeals to the Digital Explorers and the previous laureates of the Metropolitan Digital Innovation funds, through an e-mailing campaign.

In order to assist the Digital Builders in the development of innovative ideas, the Metropole has decided to gather them during dedicated workshops where they could work collectively to design new services.

This workshop also aims to create a community, through ice-breaker, anti-nap activity such as giant paper scissors, shared lunch time… At the end of the workshop, five potential services have been identified by the Digital Builders community and each of the participants enlist themselves on deepening one of these projects.

Following the workshop, during one month, each group have worked on their project in order to produce a basic preliminary design of each service. Phone meeting have been organized and new builders and experts have been gather around each project. This step has been monitored and led by a dedicated consultant, in charge of formalizing the conclusion of each group. 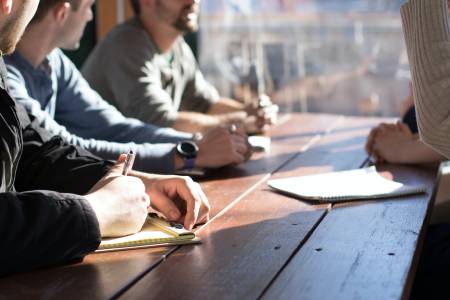 The second gathering of the community was a one-day workshop. During this event, each group had to present its basic preliminary design to the rest of the community and to a jury of Digital Scouts, who could give additional advices. At the end of the workshop, four services have been clearly identified:

•    A mutualized management of the digital user relations in local municipalities
•    Formations for civil servants to Digital basic knowledge, basic assistance to citizen in difficulty with digital procedures and diagnostic and orientation of public in digital precarity
•    A metropolitan platform for citizen participation opened to both MGP and local municipalities’ consultations
•    A metropolitan platform to share knowledges, feedbacks and skills

In term of mobilization, around 30 people have participated in each workshop. 4 services has been designed by the participants, one service abandoned during the process (mutualized knowledge database) and one thematic has not been investigated (data).
Following the second workshop, the Metropole has chosen to focus firstly on the implementation of only two of the four services : the mutualized management of the digital user relations and the formation program for civil servants. These project have been prioritized because of:

The other two projects have been on hold for now, due to the small number of involved participants in each group project and difficulties to implement or test the solution.
The Digital Builders program also create a strong feeling of community between the participants, partly because some of them already know each other from their Digital Explorer promotion. Nevertheless, the program has contributed to strengthen these links, even when facing the consequence of the sanitary crisis. Indeed, France set up a lockdown in march 2020, less than two month after the last workshop and in the start of the implementation process. The Metropole had to put the projects on pause during the lockdown and chose to concentrate on maintaining a link with its communities. Indeed, many Digital Builders had to focus their time on more urgent matters (social issues, equipment issues), especially the IT and HR staff. To keep in touch with the members of the Digital Explorers and Builder program, the Metropole organized weekly webinar on April, on subject linked to the current situation (good practises for working from home, organizing a web conference, sharing online collaborative tools, learning about Green It issues). It was a good opportunity to pursue the mixing process of the two communities.  The crisis also underlined the importance of the Digital issues, especially Digital inclusion, then strengthening the need for the implementation of “Digital training program” project. 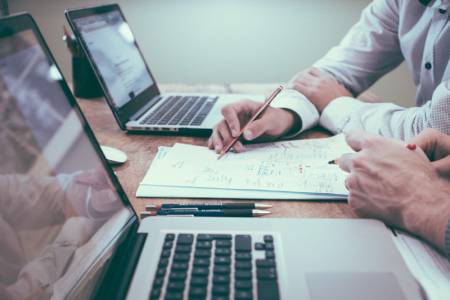 The URBACT and the Innovato’R program strongly help the Metropole in the construction of this program. In addition to their financial support, the UE program also provide many useful resources and methodology such as the Minimum Value Product (MVP) framework or the User Journey. The tools strongly help the Metropole in its design of the Digital Builders program as an MVP itself,  in order to be efficient quickly and provide feedbacks for future improvements:

•    Focussing only on five well-known and politically supported issues
•    Mobilising participants acculturated to Digital issues and eager to try innovative approaches
•    Short experiment : the two events should have been one month away
•    Capacity to implement the solutions with a 1 M€ specific funds (Metropolitan Funds for Digital Innovation)
•    Easy evaluable program (number of participants, number of service produced…)

We went even further by ensuring that each specific scalable services design during the program will also follow the MVP framework.

Besides, the Innovato’R program permitted to enroll the Metropole project in a mutualized calendar with six other cities, structured by regular international meetings. It help to guarantee the good roll out of the program and the production of data or communication elements about the project. Moreover, it emerges us in a wonderful European community of innovative project and people, eager to share the feedbacks and motivations.

With the Digital Builders, the Metropole was impressed by the involvement of each participants and by the community feelings that emerge from the program. This results was a real accelerator for the project. Indeed, collectively designed the services with civil servants from various municipalities of the Metropole is a really strength to make their implementation easier. Never the less, even if the sanitary crisis has slow dow this process, we are currently actively working to transform these projects into concrete realizations.

Submitted by Valeria Tarallo on 16 April 2021