As “learning city” of Civic State Transfer Network, Iași was motivated to see the good practices of the mature cities – like Naples, Barcelona and Gdansk – on participative approaches and understand how these could be adapted in the local context to better use the local urban goods, by involving actors of the local community in the process. For Iași, commoning and urban commons are quite an innovative approach to governance, being the first time the city is facing this kind of challenge.

Iași’s objective was to learn from the other partners in this field, to understand concepts, principles, methodologies and general legal framework regulating this type of approach, therefore how to engage local actors and gradually involve them in the process.

Thus, the main goal was to find ways of valorizing urban assets, by involving local stakeholders and civil society in their administration. The transfer aimed to improve the degree of awareness of the local community regarding the role of civic patrimony in Iași.

The city planned, within its Local Administrative Group (LAWG), to identify and discuss the legal context and barriers regarding the property, the involvement of civil society and co-administration of urban assets.

Iași’s URBACT team motivated the active involvement of the different actors in debates, by asking for their feedback and by sustaining their ideas and initiatives, but also by making them aware of their role and responsibilities. The contribution of each category of stakeholders is important: their feedback regarding the legal issues, the conditions of use of public spaces, possible activities and functionalities and the community needs were essential to put into practice the measures designed during this learning process.

Also, the Municipality set out to identify a space to use as asset in the project, and, within the ULG, to define possible functionalities to give to this space.

Implementing commoning in a post-communist city

At the start point, the local public authority, who was the initiator of this approach, has engaged in dialogue with local stakeholders – NGOs, private actors, schools and universities – and tried to give a structure to a URBACT Local Group (ULG). It was not an easy job as it took a while to have a reaction from these actors. The different representatives of the public sector have been involved by internal discussions between departments of Iași Municipality, while the private sector representatives, the schools, universities and the NGOs have been involved gradually by individual discussions. This communication work went well, creating a good dialogue framework, between these 4 categories of stakeholders. 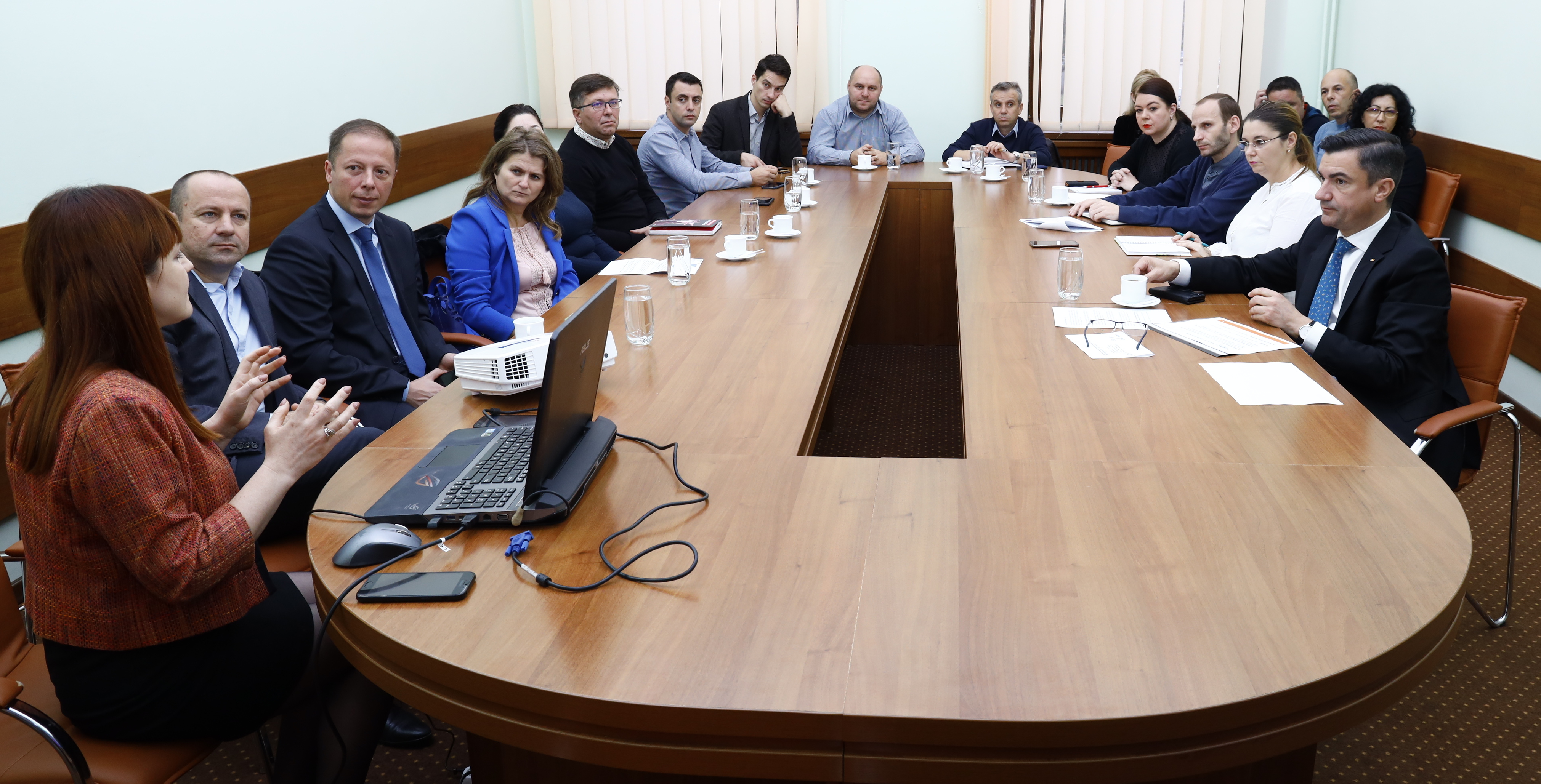 Civic eState’s Transnational meetings gave answers to some of Iași's common challenges and were useful for the city to share ideas and obstacles encountered during the transfer process. Iași could see how the other partners faced the challenges, such as ULG composition changes and communication difficulties between different components of the ULG, or those related to the particularities of the national legal context (exchanges with partners from ex-communist countries, such as Presov or Gdansk, showed similarities with the context of Iași).

Through this learning process, we have also realised a comparison with the legal instruments of the mature cities. From this point of view, the Declaration of Urban Civic and Collective Use of the urban commons l'Asilo in the City of Naples provides a definition of the term “common good”, which is the base of all the principles concerning the public-civic management of common goods. The Agreement between the City of Barcelona and the Can Batllo Self-Managed Community and Neighbourhood Space Association in the City of Barcelona established a program to support the community use and management of municipal public assets under an institutional and legislative framework that enables citizen participation in the use of public assets. The Regulation on Collaboration between Citizens and the City for the Care and Regeneration of Urban Commons of the City of Bologna gave Iași some ideas and provides a series of definitions and a framework of principles that can regulate the public-civic management of commons.

The asset identified for the transfer process was a former high-school canteen, but the building needs renovation. The Municipality plans to carry out some rehabilitation works in order to use it to its full potential, but for now the city is facing administrative and financial issues. Regarding the functionality of this space, the intention of the Municipality, following the discussions within ULG, is to use the building as a Municipal Robotics Center for children and young people. 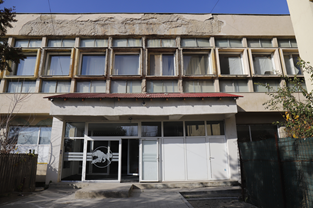 To involve more representatives of the local community in the design of a creative concept of Iași main asset, the Municipal robotics centre for children and young people, the idea of launching an open call/contest of ideas was suggested by Civic eState’s Lead Expert. The good practice example of the open call launched by the City of Turin, and also the initiative of an open call shared by the city of Ghent, was discussed during ULG meetings, as a start point of inspiration.

Since the start of the project, there has been difficulty in involving civil society in debates regarding the co-administration of urban assets. The LAWG group set a strategy to contact each stakeholder individually and to explain the benefits of the good practice transfer.

The local administration had also to face the legal barriers regarding public-private-community partnership and thus analyzed the national and local legal context by comparison with the “commons” regulatory framework proposed by mature cities of the Civic eState Network. The city of Iași lacks a definition of “common goods” and does not have a similar conceptual and practical framework, supporting the community use and management of municipal public assets under an institutional and legislative framework that enables citizen participation in the use of public assets, and that generates a lot of difficulties regarding the creation of public-civic management structures.

Contextually, the building initially identified to experiment was not technically available, needing renovation works, and the administration had to face issues in finding financial resources to support their rehabilitation.

The general context of the pandemic obviously generated a series of difficulties concerning the smooth running of the journey. At the partnership and local level, Iași started to reflect on the possible adaptations to the COVID crisis and how to motivate the community to identify new ideas and solutions. Consequently, within the ULG, the city discussed the possibility of shifting some of the activities carried out through this project to an online environment.

Besides the pandemic, the City administrators must mention other obstacles to take into account, generating a series of risks for the transfer in the future, such as difficulties encountered regarding the direct dialogue with citizens - in the local context practice, the decision making process is commonly oriented top-down (generally, the local administration takes initiatives, these being accepted or not by the citizens, not vice versa) and difficulties to identify funding mechanisms.

Co-governance or co-ownership of urban assets was a new concept to be introduced in Iași. The administration is optimistic because is understanding the basis of this approach and is actively working to engage other representatives of the community in this process. Iasi hopes that, in the future, they can enlarge the ULG structure and make this initiative attractive also to citizens.

The form of co-governance proposed by Civic eState’s partners within the project is not common in Romania. In this context, Iasi will have to continue the strategic direction acquired during the transfer journey. It will also be necessary to substantiate public-private/public-civic partnership legal instruments, which must go beyond the classic model of the concession agreement of a space made available by the Municipality and develop a public debate on the normative framework of public-private/public-civic partnerships before preparing and proposing a legislative change.

The asset proposed by the city is imagined as a robotics program aimed towards youth. This project was already existing with the intention of the local administration as a lucrative concept, but using it as a mean to gain traction with Civic eState has proven useful. Now it’s important to try to find financial resources in order to make the building available for the development of activities.

At the end of the transfer process, Iasi can be an ambassador at the national and european level on the policy of involvement of local actors in debates regarding the co-governance of urban spaces. Also, identifying and solving regulatory issues allowing to valorize urban commons will be an idea largely promoted by the city of Iași.

Submitted by Gregorio Turolla on 30 May 2021