Previously to Civic eState, Prešov was unaware of the possibilities offered by URBACT. Moreover, the Slovakian city devoted itself to a minimal extent to projects based on the active participation of communities, which was the core of the project. This was the reason why the Local Administrative Group got involved in the network, to gain a chance not to repeat the mistakes and to lay new foundations for effective cooperation, based on proven ways of participation that have been "tried and tested" in the other European cities.

The City of Prešov decided to take part in the project to revitalise in a participatory way the former "City Oasis", a small but remarkable public space abandoned near the city centre, as well to lay the foundation for a new policy tool for the management and the participation of private persons in the performance of property and legal activities of the city. The Civic eState network gave the opportunity to activate community entities for this co-design process, being inspired by other city partners – Naples, Amsterdam, Barcelona, Ghent, Gdansk and Iasi. 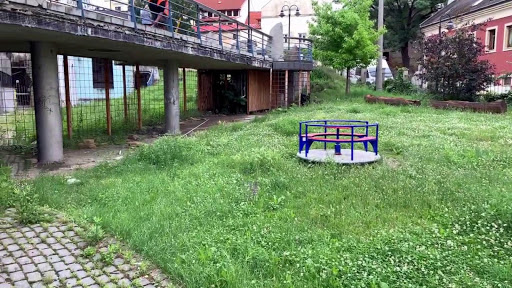 Introducing the concept of "commons" in Slovakia

Prešov strived to participate and use empty locations and work with the Lead Partner, Naples: the opportunity to participate was provided through the Ministry of Transport and after reflection, the Slovakian city chose to participate to benefit from the international cooperation.

The city was aware the transfer was not possible in its entirety: it is important to realize that the mindset of the population is still partly affected by communism, and it is not common for citizens to take care of city management issues, although these settings are changing with generations. Cultural and social differences, as well as valid legislation, should also be considered – the Slovak Republic has strict rules for public procurement and disposal of municipal property. Presov’s team knew that it would not be possible to use the way Naples went; however, they believe that they are able to implement the “spirit” of participatory forms of democracy into the awareness of the inhabitants and to set up internal processes within the city office.

With the pandemic in mid-March, most projects came to a halt. People couldn’t come into the office. The team had to re-work the communication and focused on the question of its goals, which became a focus on the quality and not the number of goals. However, the pandemic helped to narrow the city focus and organize even better.

The first big question Presov’s team managed to solve thanks to Civic eState partners was to match their goals to the capabilities in the city in terms of law and ULG participants and management through the pandemics. They had the cooperation of the University of Prešov, which was a great benefit. 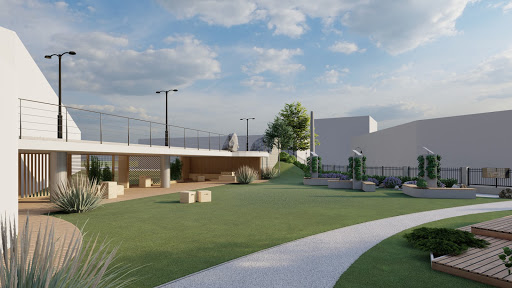 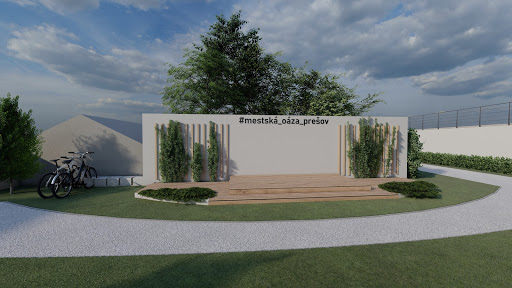 The open call, land preparation and legal documents for the City Oasis have progressed from the beginning. In Slovakia, there is an overall complex bureaucratic system that places various demands on the administration of the agenda of municipal authorities and therefore many processes take much longer. The priority was to simplify this system, especially in terms of administration, so that access to such solutions could be quick. Thus, the conditions with the operator after open-call evaluation are set as simple as possible, but the process of legislative creation of such rules takes longer, and therefore Presov’s team firmly believe that by summer, when the implementation of the pilot project should begin, there will be ready legislative and legal documents will be approved by the authorities concerned.

As indicated above, the creation of the ULG was initially extremely difficult, both in the administrative structure, where there was a lack of legal support and at the level of experts and community and citizen participants. Progress in this respect was much slower than the rest of the network, it was necessary to create the right communication manual and method of creation, especially with an emphasis on pursuing common goals, which were not precisely specified at the beginning, and the promotion of ideas was difficult. Many risks were only eliminated when the town hall changed the people of project management. The entry of the University of Prešov had a very positive impact on the project through the Memorandum of Cooperation, which also had a positive impact on the activities of ULG from a professional point of view.

To date, three basic components of ULG have been created - administrative, legal and organizational. The number of members has stabilized from the initial 3 to 11 stable members and around 10 people in the wider base, who help to create a pilot project partly as possible.

ULG is not yet institutionalized as a separate organizational unit but operates under the project management department at the municipal office.

The city of Prešov had basically no common urban rules and did not meet many of the basic principles discussed within the network in practice. The city, like the nation, did not have any comprehensive legislation for commons. The rules after the closure of the community foundation a couple of years before were basically non-functional and civic participation was not coordinated with very bad attitudes towards the city in the matter of civic participation.

On an internal level, there is the need for simplification of administrative burdens by creating rules of presumption and direct access, while simplifying and finding direct processes and simpler tools. Personnel involvement and mutual thought connection are also to be improved. The pandemic forced the LAWG to focus more on the quality of people than on quantity and direct and open communication was paramount.

On the external level, open communication with the public is bearing fruit, but the challenge is still not met.

Beyond the transfer journey

The legal rules for the use of abandoned or unused real estate in the city of Presov have been simplified and made more available, and the Local Team has also created an annuity tool for drawing on the ideas and opinions of the public to maintain them and verify the correctness of its procedures.

A range of acceptable plots of land has been identified and defined, as well as their solutions suitable for communication with the public, even this range is being expanded with new and new ideas.

It is the most difficult to work in public opinion, but the city is all the more pleased that it was able to start participating in public affairs with many ordinary citizens within the ULG.

Submitted by Gregorio Turolla on 31 May 2021