The article is based on the joint URBACT-UIA web conference ‘No one left behind’ of 26 June 2020.

Could Covid-19 prove a turning point in the fight against homelessness? The second URBACT-UIA web conference on the right to housing engaged cities to find out.

Covid-19 gave an alarming impetus to suffering among the most vulnerable all over Europe, but also showed what a sense of urgency, political will, and mobilisation of resources can do to tackle structural problems, proving that solutions to eradicate homelessness are available. The urgent need is to maintain such initiatives as we emerge from the crisis.

This was the key message from the second web conference that was jointly organised by URBACT and Urban Innovative Actions (UIA) on ‘cities engaging in the right to housing’ held on 26 June 2020.

Government decisions can save lives

During Covid-19, officials and public authorities have faced an unprecedented surge of challenges in dealing with the growing number of people in need. Such dynamics have only exacerbated longer-term trends of increasing homelessness identified in the recent ‘Fifth overview of Housing Exclusion in Europe’ by FEANTSA and the Foundation Abbé Pierre. This report signals a 70% increase in homelessness in Europe over ten years and an alarming growth in homelessness among minors, young people, LGTBIQ, single women, asylum seekers and people under international protection.

Housing is a key determinant of health, and the impact of the healthcare crisis during Covid-19 has been hitting people without dignified accommodation the most. However, some governments across the world also acted promptly with different measures. For example, it is claimed that more than 90% of people sleeping in the streets in the UK have had a safe place to stay during the peaks of the virus.

S. Coupechoux and C. Serme-Morin authors of the ‘Fifth overview of Housing Exclusion in Europe’ report highlighted that such efforts by governments - aimed at accommodating people sleeping rough to prevent the spread of the Covid-19 virus - showed that “homelessness is not systematic and could be eradicated if political will, cross-sectoral collaboration funding and human resources are aligned to hit the same target”.

However, as Europe emerges from the worst period of the crisis, it is unclear as to whether and how governments will turn such short-term emergency measures into permanent solutions. Housing ministries in the Netherlands, in Wales, and officials from Brussels, Lyon, Paris, Barcelona, Madrid and London have already announced plans to consider long-term post-Covid solutions to various forms of housing-related exclusions.

From managing to eradicating homelessness at city level

At local level, many EU cities experience the same homelessness trends, with diverse forms of the phenomena, capacities, and political commitment of public administrations to address these issues. The UIA-URBACT web conference explored a variety of approaches that cities have taken, including co-designing city-wide strategies, creating solidarity networks of cities or launching innovative projects.

The City of Ghent (BE) leads an URBACT network of nine cities called ROOF with the goal of Functional Zero Homelessness - in other words eradicating ‘structural’ homelessness. They aim to achieve this by: gathering accurate data on homelessness using ETHOS Light methodology that was developed to measure homelessness at EU level; working with civil society, public institutions and private sectors to shift from managing to eradicating homelessness; and adopting a Housing First (HF) model.

"It's proven that Housing First really works: in many cities that are using it, people stay in their house for years. It's also cost-effective, and in the end, cheaper than sheltering. And it's better for health because people are more likely to stay outside of the health system".
Patricia Vanderbauwhede, Project Leader in Ghent

The network is an opportunity for cities to exchange and learn from each other as they go about co-designing integrated action plans for structural housing solutions. It already benefits from the presence of cities with long-term experience in HF, such as Odense (DK), or with significant experience of progressive policy legislation, such as Glasgow (UK).

Six key lessons can be specifically taken from the examples of Ghent and the Metropole of Lyon: 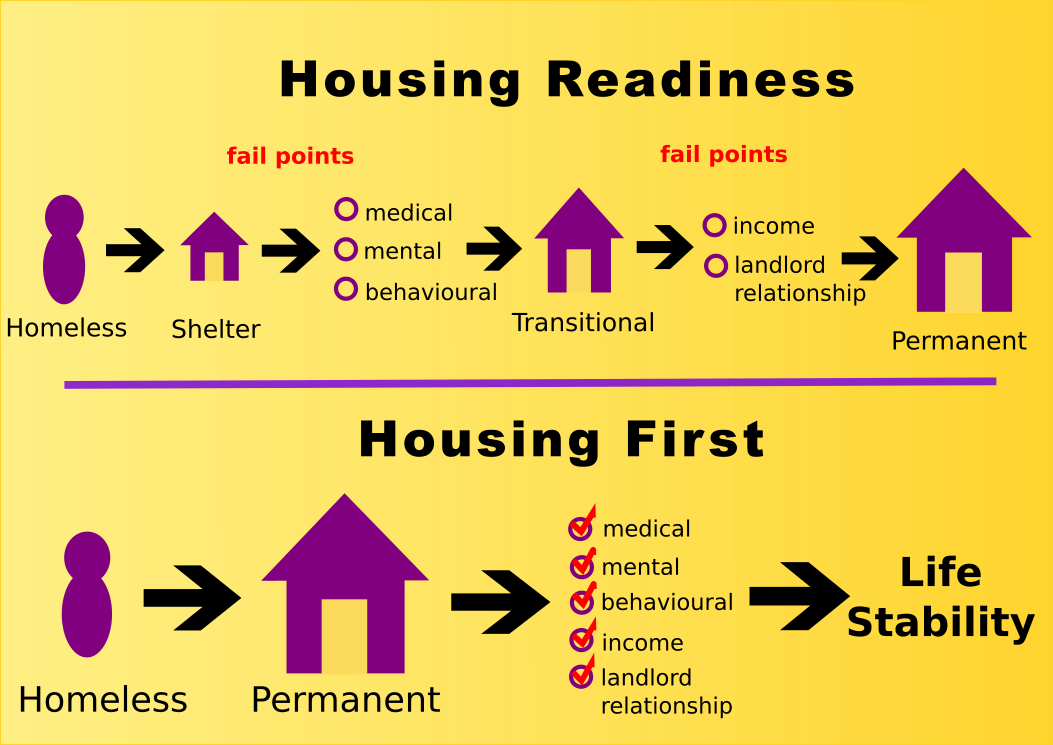 Housing is critical for fair and welcoming policies

City strategies also need to be adapted to specific demands of asylum seekers and people under international protection who face particular challenges and risks of housing exclusion as identified above. Further, the joint FEANTSA - Fondation Abbé Pierre Housing Exclusion report points out the currently inadequate reception and accommodation conditions, which are most under pressure in receiving countries in southern Europe. As an example, in Spain, asylum applications multiplied by 45 times over six years. Standards and practices vary among EU Member States but common features are:

Thomas Lacroix from CNRS France explains that the role of cities in providing better inclusion policies – with housing a fundamental area – has seen a tremendous shift in the world. According to his analysis, the growing reliance of national governments on cities to deliver inclusion policies has led to a growing protagonism of cities, which have sought to present themselves – often in contradiction to national policy directions – as Welcoming-, Arrival-, Sanctuary-, or Solidarity- cities, changing their local policies from long-term integration to short-term reception and inclusion.

The city of Athens is exemplary in this sense: in the aftermath of 2015, when the reception crisis of refugees was last its peak, the city was joining networks and partnerships among European cities: Eurocities campaign on solidarity cities and later the EU urban agenda partnership inclusion of Migrants and refugees. At that particular time, Athens also launched the UIA Curing the Limbo project for the inclusion of refugees. The innovative project focuses on housing as part of a holistic approach of inclusion of newcomers in the labour market and in the active socio-cultural life at neighbourhood level. A Housing Facilitation Unit manages the provision of housing and acts as a hub for the provision of several services such as conditional cash subsidies, household finance planning and legal support linking renters and owners.

The goal is to create a dynamic and holistic solution for people that have been in limbo. We really want to help them transit from a humanitarian aid approach to a life that they get to choose in the city. We created a housing facilitation unit [that is] a mediator who helps people to transit from a housing emergency system to independence.
Antigone Kotanidis, UIA project manager, Athens

When growing numbers of asylum seekers needed adequate housing in their urban area – due also to neglected social housing policies at national level – the city of Thessaloniki pushed towards the creation of a local city-managed rental agency. The effort was supported by the creation of a multi-stakeholder consortium whose establishment was helped with the Arrival Cities URBACT network.

Taking a different approach, the city of Antwerp implemented the UIA CURANT project in which co-housing was created in order to link 81 young unaccompanied refugees with 77 local inhabitants called ‘buddies’ who acted as facilitators in the inclusion process in the neighbourhood for three years. The housing provided by the municipality included 37 rental units from private landlords, 4 renovated units, 1 students’ housing unit and 16 modular units, the latter in one location. This project required mutual learning, behavioural adjustments and some frustrations related to the difficulties of transmitting the concept of co-housing, which was not familiar to the inhabitants. While the project has eventually turned into success, with outreach and continued support of social services, the current challenge is to sustain and scale up this model. 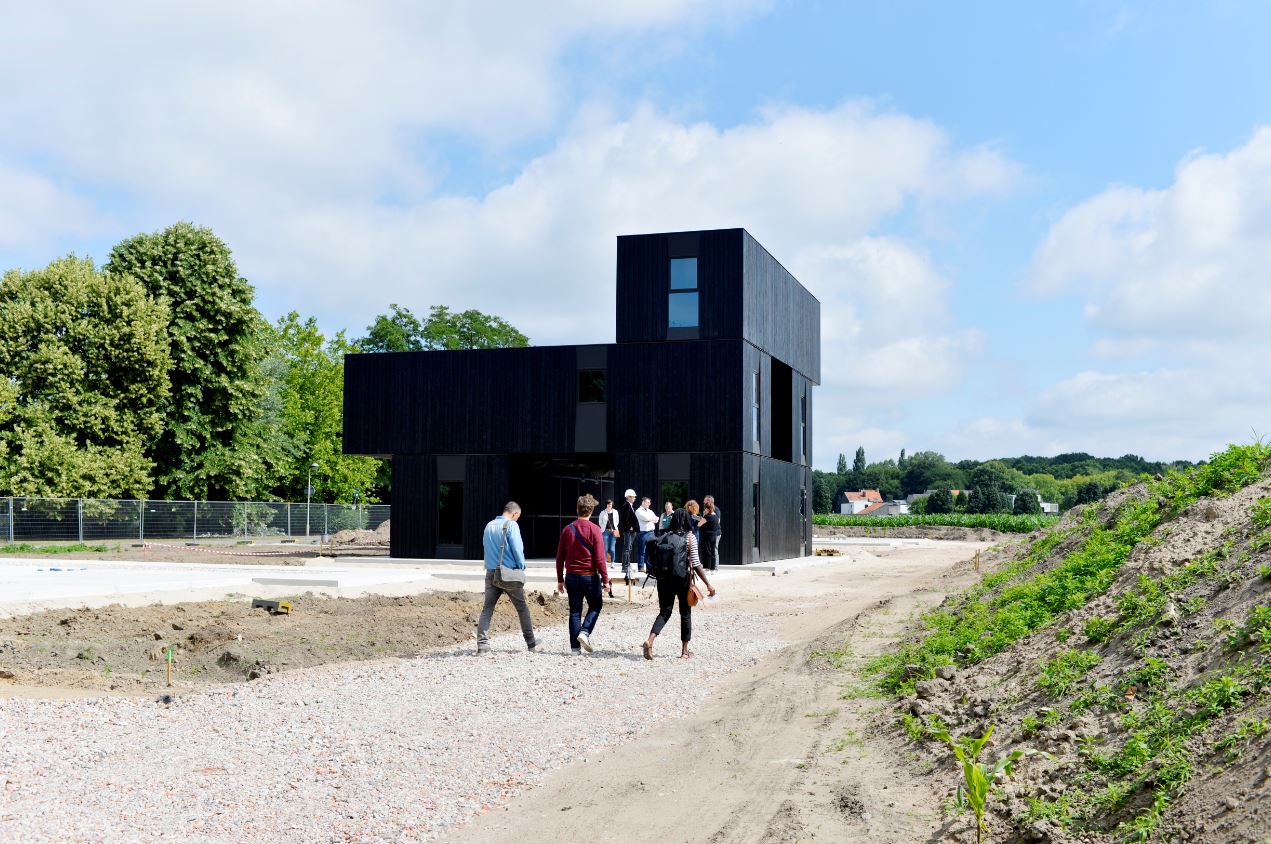 Europe faces a worrisome situation in the case of homelessness and housing exclusion. At the same time, there is nothing inevitable about it and public policies and cities’ engagement can indeed end homelessness. Covid-19 can potentially be taken as a turning point, building on the exceptional efforts to get people housed during the crisis, and new ways of providing services to those most in need – both within public administrations and thanks to the engagement of volunteers.

The discussions at the joint URBACT-UIA web conference in June 2020 show that homelessness cannot be eradicated if public actions are not coordinated and integrated, including addressing the current policy failures around migration at both European and Member State levels.

The new recovery package at EU level and other national recovery measures can provide significant opportunities. There have been promising signs for strengthening the EU’s role in the fight against homelessness, with the European Commission set to launch next year an Action Plan to deliver on the European Pillar of Social Rights.

But cities are on the front line of tackling housing exclusion and homelessness and many are campaigning for fairer and human rights-based welcoming policies in Europe. EU programmes like UIA and URBACT can continue to provide valuable resources and support to cities tackling homelessness. Furthermore, ongoing European-level collaboration involving UIA and URBACT – but also partners including FEANTSA, Fondation Abbé Pierre, Housing Europe and others – can play a key role in further incentivising cities to refuse the very idea that homelessness and housing exclusion are a ‘fact of life’.

The UIA and URBACT programmes join the efforts of many European and international organisations to call for adequate and affordable housing rights, by providing a space to exchange practices among cities’ administrations. This account is based on the 26 June 2020 UIA-URBACT web conference ‘No one left behind’ – the second in a series of Knowledge Hub events dedicated to 'Cities engaging in the right to housing’.