Exploring the gendered impacts of Covid-19

The need for more gender equal cities was already recognised as a priority for URBACT and its stakeholders before the coronavirus crisis hit. But the current dramatic situation lends increased urgency to the call to action. In this article, we explore some of the gender impacts of the crisis so far, and what the long-term impacts could be on the push for gender equality.

What is clear is that women are significantly overrepresented in what are now recognised as society’s essential services, be this health and care sectors, supermarkets or educational settings. This puts women firmly at the coalface in tackling the pandemic, at greater risk of exposure to the virus.

At the same time, there are noticeably fewer women around the decision-making table concerning pandemic management and response. This is despite the observations recently highlighted by Forbes magazine of the striking success of countries led by women in tackling the pandemic effectively.

But what other risks and trends are we seeing, what does this mean for women now and in the future and what can cities do as part of the immediate and longer-term response and to deliver gender equal cities? 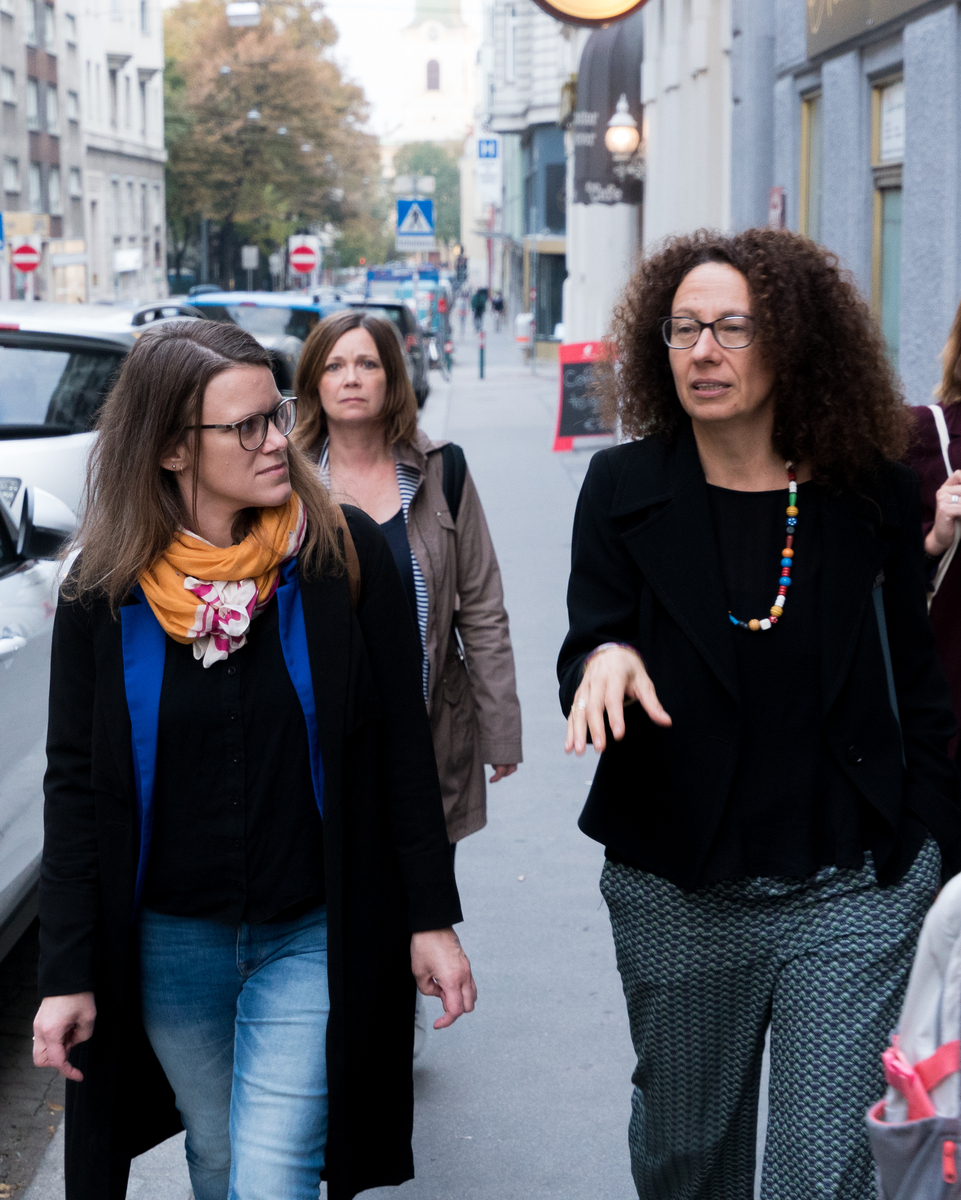 We already know for certain that women make up the majority of frontline workers, often in low-paid caring jobs at high risk of exposure. Lowest-paid workers typically have the least access to flexible working. They cannot work from home whilst doing the essential jobs of caring for older people or those who are sick, or keeping supermarkets open and stocked.

Beyond the health and care sector, the employment situation of women is often vulnerable in other ways. Research from the European Institute for Gender Equality shows that a quarter of women employees across the EU in other sectors are in precarious work, at greater risk of falling into poverty. Furthermore, the closure of nurseries and schools is likely to have an overall negative impact on women’s participation in the labour market due to the increased unpaid care burden that often falls upon their shoulders.

Women entrepreneurs may be disproportionately affected if existing barriers to accessing support and finance are exacerbated in the current crisis.  Most countries have adopted emergency response and support packages for the private sector, but without much data yet on the take up and impact for women’s jobs and businesses, it’s hard to be sure how they will be affected.

Given that evidence from previous economic shocks (from UNAIDS and the World Bank) shows that women’s income recovers slower than men’s, there are real risks that, without proactive measures from government at all levels, the clock could be turned back further on economic gender equality.

And, beyond the immediate crisis, if governments pursue additional austerity measures, women will be hit the hardest with the loss of public sector jobs, benefits and services. The public sector is a major employer of women across EU and local authorities will need to factor in ways to measure and protect women’s’ jobs.

Additional risks are most felt by those facing multiple forms of disadvantage. Gender, racial and economic disparities are being amplified by the pandemic in a way that really exposes fault lines. Most seriously, we are seeing that inequality is a key risk factor for coronavirus morbidity.

Certain groups need additional support, such as elderly people living alone and lone parents struggling to cope – both of which are disproportionately likely to be women. Another particularly at-risk group are migrant or undocumented women who may be anxious about accessing health services, or need language support

Linda Gustafsson, Gender Equality Officer in Umea, Sweden - Lead Partner of the new Gendered Landscape Action Planning network – is also keen to remind us that some groups of men are also at particular risk. She reports that the social services team is reaching out to the elderly population living alone and isolated, where the gendered impacts are known to the municipality. “We know that the older women tend to be better connected to their communities and more resilient, able to ask for help or be offered help than the men,” she explains. “And we factor that into our response.” From the data so far, and for as yet unknown reasons, it appears that in every country, men are more likely than women to die from Covid-19.

According to the Gender Equal Cities report, women rely more on public transport than men - to get to work, visit a doctor or do the grocery shopping. This puts women at greater risk of coming into contact with the virus.  In many places public transport has been re

duced or even shut down, but low-paid retail and care workers still need to travel.

There is also a threat in some places to the availability of essential sexual and reproductive health services during the crisis due to redirected resources and clinic closures/reduced operating hours. This can be a cause of anxiety and additional health risks for pregnant women who may as a result delay seeking help.

The greatest risk of all

Sadly, one of the tragedies highlighted more than ever by the current situation is that, for many women, staying home does not mean staying safe. Reports of domestic abuse have spiked – by over 30% in some places - since restrictions on movement have been implemented. More light needs to be shone on this shocking situation for modern European societies and more responses found.

One of the most urgent actions for cities to take at this time is to have adequate and hygienic facilities available for those who need to escape a dangerous situation at home, ensure that women’s organisations and refuges have the resources to make extra space, to have longer hours for helplines and tech know-how to go online.

Thankfully, many cities are responding. Madrid was one of the first cities to launch a campaign early on in lockdown, and the French government has facilitated the use of empty rooms, in collaboration with hotel chains, and with a code word to gain access for women fleeing dangerous environments. Gendered Landscape partner Frankfurt has prepared extra space for women and children escaping violence, and created multi lingual information. Depressingly, it expects the number of incidents to rise as the crisis goes on, but at least it is trying to prepare.

What are we learning about public space? 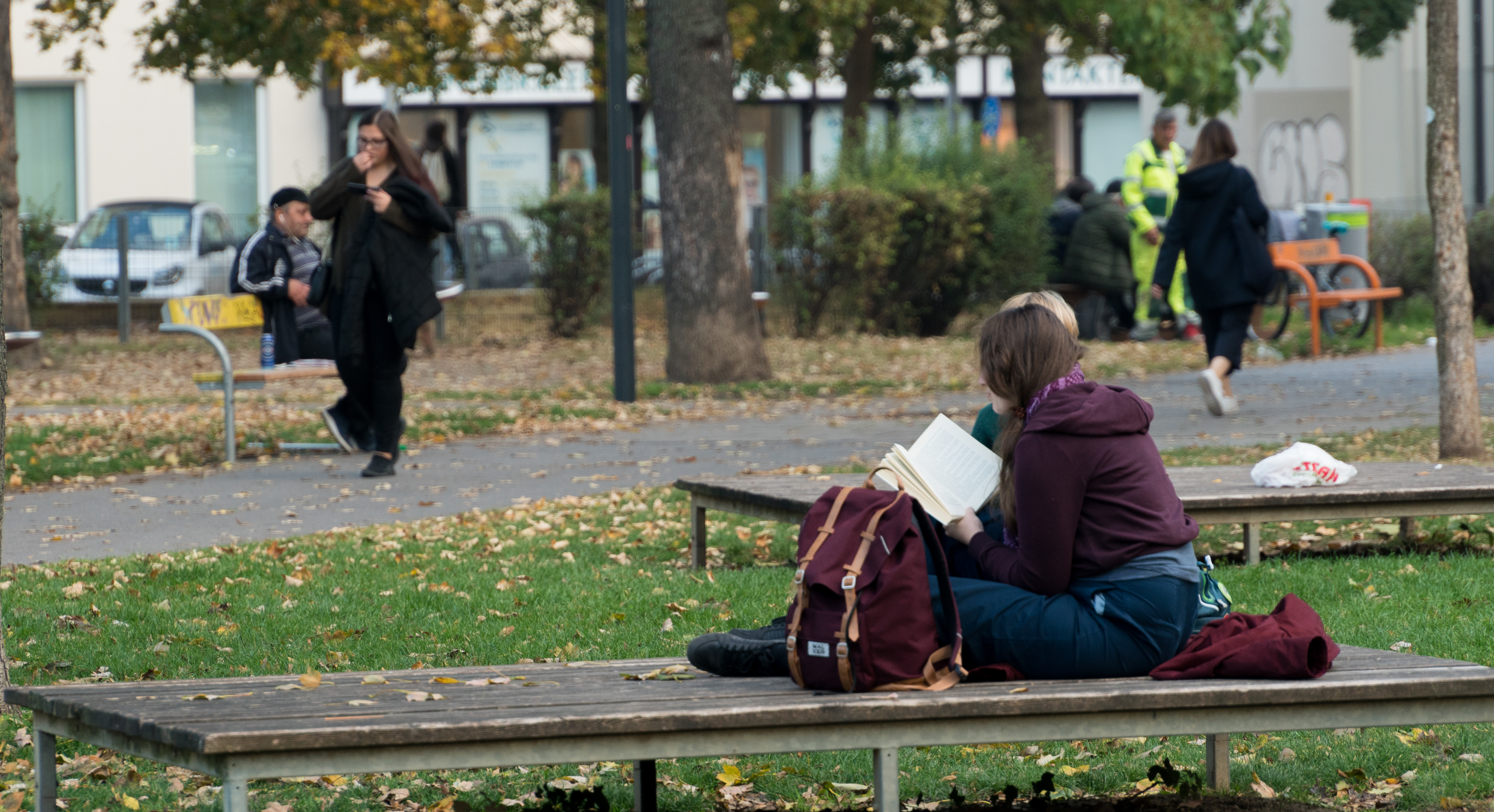 At a time when various stay-at-home polices are in place all over Europe, it is probably not yet totally clear what this is meaning for women and girls in terms of their use and experience of public space. For many, the new situation may involve going out alone and feeling less safe due to the fact that there are fewer ‘eyes on the street’.

However, for others, despite being more likely to go out alone, it may feel safer due to decreases in crime and violence in public spaces, due in part to curtailed nightlife. Without encountering groups of men that may normally be the cause of anxiety, some women may feel free to occupy spaces that they previously avoided.

The lockdowns are also revealing how attainable more family-friendly, walkable cities are, with less congestion, better air quality - even hearing birdsong for the first time in years. Such cities have long been called for by gender mainstreaming campaigners, such as those in Vienna who developed specific guidelines for ‘fairer cities’. Cities like Kreuzberg, Berlin are already improvising in response to the new realities of movement with ‘pop-up’ bike lanes.

What lessons are there for future urban governance?

The crisis has seen mayors take the lead in protecting and serving their people, sometimes even offering them expanded authority which permits them to react to a constantly evolving scenario. However, this raises questions about governance, particularly in Europe where women account for less than 15% of mayors.

Women and girls’ voices need to be heard, including in decision-making, now more than ever. We need sex-disaggregated data collection on the disease itself, economic impacts, care burden, incidents of sexual violence and abuse, and crisis recovery - and at all levels of governance.

This need has been directly addressed by UN Women, with clear support from UN Secretary-General António Guterres who has said: “Put women and girls at the centre of efforts to recover from Covid-19.  Gender equality and women’s rights are essential to getting through this pandemic together, to recovering faster, and to building a better future for everyone.”

Linda Gustafsson hopes that this moment triggers more discussion about power dynamic in families and a more balanced appreciation of the importance of different jobs and roles in society, including a major shift in how we recognise and support unpaid carers.

But there is positive inspiration to take as well. Linda Gustafsson highlights that “We see that things can change fast with cross-party consensus on policies we have been proposing for a long time, like on sick pay and sustainable mobility.  I also see this as a moment of empowerment for local government. We are responding rapidly to keep our citizens safe.”

There is a chance, therefore, to turn the experience under Covid-19 into an opportunity to change things for the better. As Jenna Norman, Women’s Budget Group, UK puts it “The Covid-19 crisis is colliding with a crisis of long-term under-investment in public health and social infrastructure, which hits women hardest. The response now is not more of the same.”

This should be an opportunity to be more conscious of our public infrastructure, including the invisible, undervalued and often low or unpaid work that holds our communities together, and which is predominantly undertaken by women. We need a continued appreciation of what are our society’s essential services.

Cities have a part to play in ensuring that we don’t go back to what was assumed to be ‘normal’. In addition to the issues we have raised, we urge city authorities to review their budgets and services with a gender lens, and to work with local women’s groups and other civil society organisations/community structures to reach all populations, including the most precarious.

Share with us on Twitter – by tagging @URBACT and @CEMR_Equality – examples you have seen of cities effectively responding to any of the issues we have raised.

With special thanks to:
Linda Gustafsson and Annika Dalen, City of Umea and Lead Partner of the Gendered Landscapes network, and its Lead Expert, Mary Dellenbaugh-Losse.
Jenna Norman: Women’s Budget Group, UK and co- author of the Gender Equal Cities report

Submitted by Sally Kneeshaw on 20 April 2020

How are URBACT cities reacting to Covid-19?