Financing the Urban Commons. Part I

How can urban commons be financed? The Civic eState team explores social impact finance and financial investment with Eutropian, the European Investment Bank and the Trias Foundation

Despite the challenge posed by the pandemic for relational projects like Civic eState, the seven cities involved have not stopped working together – albeit digitally – and collaborating on shared horizons. Since the beginning of the lockdowns in various European countries, the Civic eState Network embarked on an exploration of possible financing instruments – like social outcome contracting and other social tools under the European Structural and Investment Funds – to support the creation and management of urban commons in Covid and post-Covid times.

Through a series of online meetings with various experts, the Civic eState network analyzed modalities of cooperation between potential long-term investors, cities, and urban commons initiatives. These meetings highlighted the importance of impact measurement through performance indicators, considered various investment and legal strategies, and identified models that urban commons can adopt to be financed.

As pointed out by Lead Expert Christian Iaione, Civic eState project has three components: first, the implementation of a public-private-community partnership; second, a regulatory effort to build a common understanding of how to enable civic management, use, and agreement; and finally, raising awareness on how these projects can reach financial independence and long-standing sustainability to go past the start-up phase.

For the third component, Civic eState involved the participation of Levente Polyak, an expert in the financing of community projects and co-editor of Funding the Cooperative City, a book that presents stories and models of community finance and civic economy. Polyak organized a workshop to introduce Civic eState partners to European-scale fund and invited two guest speakers: Rolf Novy-Huy from Stiftung trias and Wojciech Deska from the Urban Development Division of the European Investment Bank.

The European Investment Bank (EIB) is a non-commercial bank owned by all member states of the EU (operating similarly to the World Bank). The EU drives its policy, and it represents 20% of the urban lending of the EU. Its investment strategy is based on three pillars: inclusive, sustainable, and smart growth. More recently, the EIB has become the climate bank of the EU, with and sustainability investments representing 50% of the investment portfolio. EIB is a long-term lending institution, with maturities (duration of the loan) of 20 to 30 years. Beyond climate projects, today the EIB is also focusing its efforts on the Covid-19 crisis.

There are two main limitations to direct financing urban commons projects, as explained by the guest speaker Wojciech Deska, Senior Urban Development Specialist at the EIB. First, given the bank’s large size, it only finances projects of at least 50 million € or more (usually 100 million), a size that commons will probably never reach. Second, the EIB only finances high-quality projects, meaning there is typically no transaction with organizations without track records.

Nevertheless, the following four tools or products could be used for urban commons projects:

Investment loan: the city can get a loan for a larger project, part of which can fund the commons initiative (for example, the EIB would agree to finance a mixed project in the neighbourhood).

Framework loan: this is probably the most popular service at the EIB. The city can get a loan to implement a broad strategy in a set period of time (for example, what is the city going to do in the five next years?) Within this framework, projects do not necessarily have to be identified from day 1 and they can include support for a variety of sectors, including social housing, healthcare, education, and energy efficiency. Cities could seek funding for urban commons under the umbrella of a framework loan.

Intermediated framework loan: rather than financing only one city, the EIB can finance a group of smaller cities. In this case, the project would involve the EIB working with local commercial and specialized banks as intermediaries to provide a credit line for a bundle of projects. Given the significant pipeline of commons initiative, these can be established as a product and attract EIB funding through commercial banks (specialized or international). This can be done on a cross-border, pan-European basis.

Equity fund: this is a fund of funds. While not directly funding urban commons, it could support them through the European investment funds

Social impact bonds: (SIBs) there has been a considerable increase in the use of social bonds for instance for sustainability and social impact investments. SIBs have been used especially to encourage innovation in public service delivery. Although SIBs are still in their infancy some empirical evidence suggest that there are risks associated with their use: the financial and reputational for public sector commissioners remain high even with the involvement of social investors and private capital; the redistribution of risks among investors vary significantly between different model of SIBs’ contracts, so careful consideration is necessary; finally, it still remains hard for small NGOs to access SIBs projects, that are more likely to involve large NGOs that are considered investment-ready. (Edmiston and Nicholls, 2018) now reaching 200 billion € annually. In this case, the EIB would be an anchor investor and it would attempt to attract other funders to invest in bonds that are linked to solutions to social problems with a tangible social effect.

Wojciech Deska’s speech stressed the importance of size for the EIB, which is why Civic eState chose the title “pooling the urban commons”, pursuing the idea of creating a larger pool of projects to meet the EIB’s threshold. On the issue of the reliability of the investment, Christian Iaione remarked that cities should take the lead in these processes because they are reliable institutional actors: municipalities can create a joint vehicle and venture to interact with the EIB and other long-term investors.

The Trias Foundation as a possible funder

Before co-founding Stiftung trias (or Trias foundation), Rolf Novy-Huy worked with German banks for over 30 years, specializing in social financing, commons and other civic projects. The Trias foundation is a great example of financing self-organisation and circular economy, which started 18 years ago with 74.000 €. Today it has equity of around 12 million € and 43 projects, including 16 real estate projects.

“Trias”, taken from the Greek language, stands for the three pillars of the foundation:

Entities that work with the Trias foundation are non-profit oriented groups, associations, cooperatives, construction co-housing fields (for example, Mietshäuser Syndikat-Construction, non-property-oriented housing). All of them have idealistic aims – Trias put a strong emphasis on this, and on the democratic structure of its interlocutors – but nonetheless, they have to be commercially sound and be a stable entity, otherwise it would be difficult to cooperate with them.

These groups usually ask Trias foundation for help to acquire the land they want to build on, seeking liquidity. However, Trias foundation often does not have sufficient liquidity because of its previous investments. Therefore, cooperation between the foundation and the group in question is required to raise new and fresh liquidity.

To start a collaboration, the Trias foundation looks for strong proof of concept and a team of people stable enough to bring their project from idea to impact and to handle the investment frame – usually between 3-4 million €. This includes the ability to raise money, invest it, and address friends of the project to gain the necessary support and the equity needed. Besides having the expertise to evaluate the groups, Trias foundation also checks the land or building site. Trias requests these conditions to make the project more attractive to additional funds from a third-party (usually a bank, another foundation, or a private subject).

How project financing works at the Trias Foundation

The foundation finances the projects in two ways:

The Trias foundation, taking the role of supervisor, connects these two components via a land lease contract, which enables to safeguard the original aims of the project and ensures it stays non-profit oriented.

All the projects pay land-lease fees (as part of their rent), which go back to the Trias foundation. Part of this revenue is reinvested in non-profit activities involved in the project, such as kindergartens. The remaining part is used for the Trias foundation’s work and to support future projects. It is essential for the foundation to make a surplus to avoid locking capital and ensure that more projects can benefit from its support. Thus, Trias helps projects in the establishment phase and the projects themselves contribute to funding future initiatives.

The Trias foundation is already working to scale-up its model and to initiate a collaboration with the EIB and Civic eState. Its model needs to be adapted to national legal frameworks, and it requires an enabling legal structure such as heritage building rights.

Finally, during our meetings with the guest speakers, various Civic eState’s city partners highlighted the importance of Community Land Trusts (CLT), an ever more popular model across EU projects and cities. The CLT is a community-led development model, where local non-profit organizations develop and manage homes and other vital assets (such as community enterprises, food growing or workspaces). The main goal of a CLT is to ensure that these spaces stay affordable based on the income level of the locals they want to attract. CLTs are strictly non-profit, meaning that they can make a surplus as a community business, but that such surplus must be reinvested in the community.

CLTs originated in the US as a result of the organized fight for civil rights of African American communities (Gordham Nembhard 2014). They are being increasingly recognized in the EU, by both common law and civil law countries. England and Wales enabled the creation of CLTs by local communities to acquire land and buildings in the Housing & Regeneration Act 2008; the Bruxelles government recognized and encouraged the creation of the Bruxelles CLT in the Bruxelles Housing Code (Bettini 2018). Although similar to other kinds of governance property that can be used for the urban commons, such as cooperatives for example, their governance is designed to explicitly remove the profit motive from building and land use and measuring it on the basis of the community value they create (Huron 2018; Foster and Iaione, 2021).

CLTs are an interesting model for the Civic eState network because, unlike many top-down projects developed inside city partners, these could be truly shaped by local communities and their needs. Some of the cities in the network, like Ghent and Barcelona, are already experimenting with CLTs.

Continue reading to the second part of "Financing the commons": link

Huron, A. (2018. Carving Out the Commons: Tenant Organizing and Housing Cooperatives in Washington, DC. Minneapolis: University of Minnesota Press 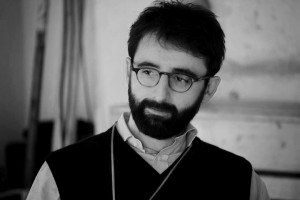 Submitted by Christian Iaione on 17 February 2021