Five ways to promote an integrated approach in your city

Lessons from the URBACT City Lab #3 focused on the principle of integration.

Integration is a weasel word. Hard to pin down, it means different things to different people. The 3rd URBACT City Lab brought city practitioners and policy

makers together in Warsaw to explore this tricky principle. What does it mean for cities and what do we mean by an integrated approach to sustainable urban development?

The Lab findings will feed into the German EU presidency’s refresh of the Leipzig Charter in 2020.
So, what did we learn?

1. Re-state our values and find new ways to measure success

The world now looks very different to 2007, when the Leipzig Charter appeared. Since then we’ve witnessed a global financial crisis, the digital revolution and increasing globalisation. We’ve also seen the rise of populism and the fragmentation of trust between the public and politicians. Many European cities struggle with widening inequalities.

Going forward into the 2020s, do we expect our cities to adopt a ‘business as usual’ approach or, instead, are we at a fork in the road? New economic thinkers like Kate Raworth are creating an alternative economic framework that challenges the old assumptions. Her "Doughnut Economics" approach bounds our economic activity within the scope of the environment, raising questions that every city should consider.

Kate sets out seven ways to think like a 21st century economist. The first is to change the goal. Across Europe cities including Stockholm (SE), Amsterdam (NL) and Berlin (DE) are exploring these new ideas, looking to reshape our idea of successful integrated cities. 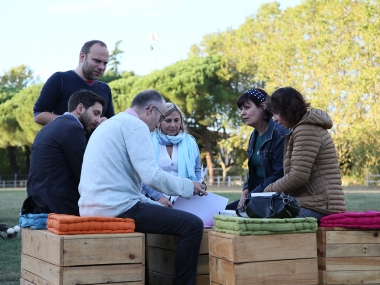 Lab participants spoke about the factors driving mistrust between citizens and government. They include the use of official language which alienates people as well as the impersonalisation of services through the use of technology. The net effect is a barrier between the people and the services which their taxes fund.

Cities are exploring ways to address these challenges. In a previous URBACT network, the Mayor of Amersfoort (NL) encouraged City Hall staff to get out from behind their desks in order to engage directly with citizens. He spoke about free range civil servants, who are comfortable out in the community. In fact they are part of the community; parents, neighbours and citizens like everyone else. But this requires a shift in mindset for some municipal officials, which requires support and encouragement.

The city of Łodz (PL) has embraced this concept in its regeneration approach to a 6.5 hectare site characterised by residential buildings constructed in the late 19th century. As part of this sensitive work, the city recruited and trained a large team of local mediators, literally go-betweens linking the neighbourhood with the municipality. This element of their good practice is one of the components being transferred to cities in the Urban Regeneration Mix network, includes Zagreb (HR), Braga (PT) and Toulouse (FR). Too often, city authorities outsource this engagement activity to third parties, and in doing so, miss the opportunity to build capacity and experience in house.

3. Harness the power of public spending

Making Spend Matter is an URBACT Transfer network focused on mobilising the significant power of public spending to achieve local impact. The starting point is recognising the significant scale of public budgets, and their importance to local economies. The approach, which started in Preston (UK) has involved getting a better snapshot of what is spent, where and with whom.

During this initial phase, the city saw the proportion of its public spend with Preston based suppliers increase from 5% to 18%, and the proportion spent with regional based suppliers increase from 39% to 79%. The model starts with a local spend analysis, and seven other cities are currently transferring the approach through this network. By definition, the approach requires public partners to collaborate, through the mobilisation of anchor institutions across all sectors. This is integration in action! 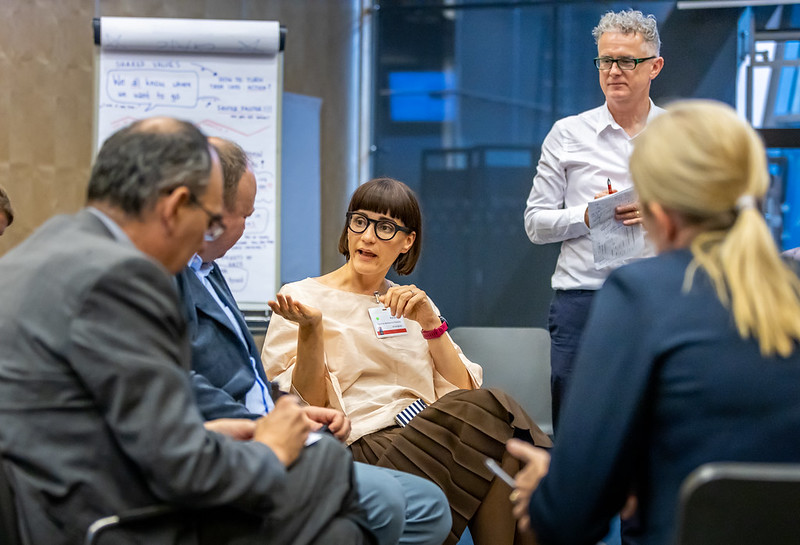 Although welfare models are complex and varied across Europe, there’s a general consensus that they are failing. At the same time, we see that investment in physical revitalisation can often lead to gentrification and the displacement of the most vulnerable.

Many city authorities are looking at new and innovative ways to address this. One example is Aarhus (DK) which is successfully personalising budgets designed to support people back to work. Another is Barcelona (ES), which has an Urban Innovative Actions project, B-MINCOM aimed at breaking cycles of deprivation in Besos, one of the city’s poorest neighbourhoods. There, average household income is around 50% of the city rate.

The approach provides a guaranteed minimum income level to 1,000 households on a trial basis. It combines the income guarantee with an active programme of employment support and enterprise development. As the pilot concludes in autumn 2019, it will have important lessons to share across Europe.

The Leipzig Charter was one of the earliest documents to promote an integrated approach to urban development. Almost 13 years later, many still struggle to understand what this means in practice. Many barriers stand in the way - including the departmental silos we find in City Hall.

In response to this, URBACT has recently conducted detailed research exploring integrated working in practice. This identifies examples from cities working this way across Europe, and sets out practical tips to follow. Stories from Strasbourg (FR), Cluj-Napoca (RO) and Antwerp (BE) provide guidance and inspiration.

A key message is that this isn’t as hard as it sounds, and city practitioners can break things into manageable chunks to help take them forward. The watchword is letting go of perfection. Perhaps that’s the first stage to adopting a more integrated approach.