How can improving local food kick-start the systemic transition of a city and its surrounding territory?

Food is a hot topic for cities and stimulates a lot of citizen initiatives in urban contexts: street vegetable boxes, community orchards, public garden-planting, window gardening, etc. But despite the growing enthusiasm among residents of saturated cities to grow their own food, the quantity of food produced by these initiatives remains limited... The core interest lies in their symbolic value and potential to spark change: (re-)engaging populations disengaged from food, building cities’ food sovereignty, strengthening local resilience and, in return, fostering improvements in city governance.

Food has been a core topic of multiple URBACT networks over the years. Recent examples among URBACT III Transfer Networks include: BeePathNet, disseminating Ljubljana’s (SI) urban bee system; BioCanteens, building on Mouans-Sartoux’s (FR) 100% local and organic school canteens; and RU:RBAN, sharing Rome’s (IT) methods for supporting community gardens. All shared their experiences in a ‘Food storytelling battle’ at the June 2021 URBACT Festival.

What are the important transfer outcomes for partner cities engaged in these food-related URBACT networks? How can food issues kick-start the systemic transition of a city and its surrounding territory? How is this consensual and appealing topic of food in the city fostering the transformation of city governance? URBACT Expert François Jégou investigates.

Modern cities developed around cars, and disconnected from food, as Carolyn Steel’s famous book Hungry City, How Food Shapes Our Lives, made clear in 2008. She and others, including AESOP, the Association of European Schools of Planning, make the case for sustainable food planning, involving diverse people, from planners, policy-makers, politicians and health professionals, to local farmers, food businesses and associations. The first outcome of these URBACT Transfer Networks is certainly to raise city residents’ awareness of local food production and consumption.

BeePathNet’s coordinator Maruška Markovčič explains: “The most important thing that Ljubljana did was to put the bees and other pollinators at the beginning of the food chain and created the whole system of preservation, education and awareness raising. We introduced the late mowing to the public green areas to upgrade biodiversity in living spaces for pollinators. We encourage people to plant ‘melliferous’ plants and create green roofs all over the city.” The city’s services and residents feel more closely linked with nature and food cycles – and are proud to play an active role.

Katarzyna Przyjemska from Krakow (PL) states how the urban gardening focus of the RU:RBAN Transfer Network is key for inhabitants of cities to reclaim food issues. “The future of the earth is in our children’s hands. I guess nowadays no one doubts the truth of that statement, but how can we do that, since children are becoming more and more distant from nature? One of the steps that can be taken is implementing school gardens in each school. Having that kind of green classroom, we can enable them to observe nature every day and moreover take part in it. This personal commitment will pay off in a real intense connection with nature.”

Healthy and sustainable food is a popular topic in cities. Enjoyed by all and affecting everyone, food constitutes an easy, tangible entry point to engage citizens in broader local transition. City partners in the BioCanteens network took a food-systems approach. They saw how improving primary school canteens not only highlights the benefits of providing healthy, high-quality food to young children – influencing families’ food habits  – but also leads to knock-on effects in a broad range of connected areas. BioCanteens questioned ‘who feeds Mouans-Sartoux?’, investigating agricultural resources with organic certification in the surrounding area. They looked at land preservation in urban planning and opportunities for developing a local farming economy.

The recent challenges of globalisation seem to be confirming cities more and more clearly as the right level to act and initiate change, as for instance stressed in 2016 by the European Commission and UN-Habitat report ‘The State of European Cities, Cities leading the way to a better future’. In food, as in other areas, cities are taking measures to boost their sovereignty.

As Thibaud Lalanne, BioCanteens network coordinator, illustrates, relatively small cities such as Mouans-Sartoux (population 9 500) and its network partners acknowledge they can innovate and solve many of their own problems by themselves. “In 2008, when the elected representative of Mouans-Sartoux decided to switch to the 100% of organic local school canteens they faced a major issue: there were actually no local organic producers. We were able to put out a call for tender because we had a production gap in our province. In 2010, the elected representatives of the city, almost as a joke said, ‘well if no one applies, well actually we will produce food by ourselves’. Which led to the creation of this municipal farm. This is how the story begun and we actually celebrated the 10th year of this municipal farm.”

Tiago Ferreira from Amarante (PT), one of the transfer cities in BeePathNet, listed seven reasons why beekeeping has been a key topic for his city’s empowerment: “Promoting beekeeping is at the same time promoting the economy and promoting sustainability […]. It is an economic activity where workers feel fulfilled and contribute to make happier cities […]. Good beekeepers could be people with or without remarkable academic backgrounds […]. It could be an extra earning source for people that have other jobs […]. Honey and other beehive products can be transformed into added value products […]. They generate touristic routes and experiences that can attract new customers […] and a friendly territory for bees will make you gain benefits on some agricultural productions.”

BioCanteens cities made the most of their URBACT connections to raise their Final Event to the European level, stating that for some advanced cities the “COP26 is already happening” and inviting other cities to “Join the Movement of European Cities Engaged for Food Democracy and Sovereignty”. The cooperation continues with a session on “Integrated local food systems to tackle climate change: URBACT’s lessons and actions” organised by URBACT on 19 October 2021 at the Barcelona 7th global forum of the Milan Urban Food Policy Pact.

Based on their experiences, cities in BioCanteens, BeePathNet and RU:RBAN, say that strengthening local food systems results in a direct increase in local food resilience.

From Troyan (BG), a city partner in BioCanteens that created its own municipal farm during the project, Teresa Georgey explains: “Although Troyan is situated in a rural and mountainous area with much less pressure on land than Mouans-Sartoux, we decided to do the same because we were also facing a lack of organic producers to supply our school canteens. The municipal farm, the first of its kind in Bulgaria, is a tool to supply canteens, to create jobs and to educate the children who can visit the municipal farm, as well as to educate the elected representatives, because they can see what a city can do to feed its own population and can start thinking in broader terms.”

The Covid crisis has revealed marked differences in the ability of cities to maintain high-quality food supplies for their most deprived residents by supporting local food production.

Silvia Cioli, ad hoc Expert for the RU:RBAN network, stressed how urban gardens played a key role in supporting inhabitants during the pandemic, both reducing food poverty and strengthening mental health. After meeting a photographer observing Ortonorte gardeners in the north of Rome, she recalls: “He was impressed by the community in the urban garden on how differences disappeared among all the people that were going there (social, gender, generation, etc.) and also the strong sense of belonging of each gardener, and the strong sense of the community in times characterised by isolation […].”

This is a story that tells us about urban gardens as not only a place where people grow food but […] they really bring people back to nature, reconnecting them through food.”

To find out more about URBACT capitalisation activities, visit the URBACT Food Knowledge Hub. Listen to the Interreg ‘This is Europe’ podcast on ‘Feeding Our Future Generations’, featuring URBACT and Mouans-Sartoux. And sign the Glasgow Food and Climate Declaration! 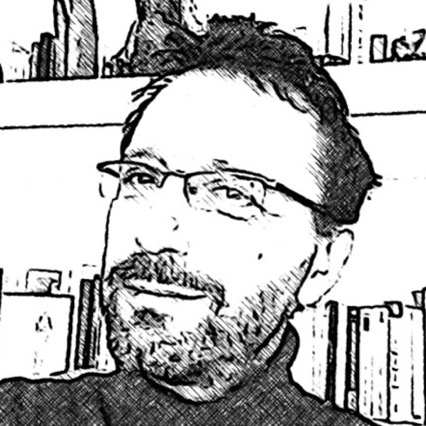 Submitted by François Jégou on 13 October 2021