A fresh approach to housing: Poznan’s innovative offer to keep young talent in the city

The City of Poznan, Poland, lead Partner of Gen-Y City, has recently initiated a housing programme ‘Apartment for Graduates’ designed to help retain young, talented and educated people in the city, a challenge common to many European cities. This article discusses the success and limitations of the programme.

The City of Poznań, (Lead Partner of Gen Y City) as a large academic hub, has considerable potential for attracting young people. The level of unemployment is very low. The combination of these two factors makes it attractive for many young people want to stay and start a family here. A major obstacle that they encounter is the lack of affordable housing. Young people starting their adult life have relatively low incomes and working under civil law contracts makes them ineligible for a loan.  In reality many are not so interested in long-term financial obligations. At this stage of their lives their main aim is to gain professional and economic stability and because of that they are willing to move in order to find a job. Affordable housing solutions are needed to support these aspirations.

Long-term and stable tenancy agreements can help to solve these problems. In the past Poznań introduced a successful investment for senior citizens who needed help in terms of housing. The initiative aimed to address unfavourable demographic changes – suburbanization and population aging.  So the Poznań Housing Association (PTBS) decided to build on this success and adapt the initiative to a younger market with the introduction of a housing programme called “Apartments for graduates”. This initiative emerged in 2014 and its aim was to create a competitive offer for people who fulfill specific conditions.
The programme is designed to solve many problems that Poznań (along with many other cities) faces connected with retaining young, talented and educated people who are extremely valuable to the economy. Poznań wanted to create favourable conditions for university graduates to settle in our city, and by doing so reverse the common phenomenon of depopulation and ageing of cities. The crucial point is that by providing good housing conditions and infrastructure the city supports its universities and local employers who gain young and qualified staff which in turn contributes to bringing down unemployment and boosts development of the city by generating stable income through taxation. This is one of the main issues being explored by all cities in Gen Y City network, and this example is a case for them to consider adapting.

What does the whole ‘Apartment for Graduates’ system look like?

Tenants are chosen on the basis of applications, with several criteria. Applicants have to be university graduates, having graduated within the last five years, not be older than 36 years, and not own any other apartment in Poznań. They must work or run a business in Poznań and pay taxes there. Also, income limits apply, up to a maximum of 1.3 times the average income for the region. One tenant can rent a flat for a period of up to 10 years and after that they have to leave the apartment which will be passed on to another tenant.
The whole venture functions on the basis of a rental housing model, therefore a tenant has to cover the following costs:

The combination of affordable pricing and good conditions has resulted in a very high demand for the flats in the programme. The number of applications is very high and almost all moved in to PTBS apartments. In the first wave of recruitment there were 250 applicants and later about 130 more. The residential estate at Palacza Street embraces 4 residential buildings with 143 apartments, including 77 one-room and 66 two-room flats, and two underground garage areas.
The initiative was open to universities from Poznań, employers belonging to the consortium of brands from Poznań, employers based in Poznań, individuals whose employer is based in Poznań and individuals running their own business.
The programme is very popular among young people and PTBS continues to receive requests on the possibilities of renting a flat.

Two very important factors contributing to the success of the programme are the choice of location and the finances. PTBS  used its experience in housing investments (after the programme “Apartments for senior citizens”),  by selecting appropriate real estate which is well connected to the whole city and by using its own funds combined with a loan (about 50 % of the construction costs).  In addition PTBS charged a participation fee. All those, combined with a small support from the City Hall, allowed PTBS to gather the full amount needed for the investment.
On the negative side unfortunately, none of the universities nor companies belonging to the Consortium expressed their willingness to be a part to 'Apartments for graduates'. Only five employers based in Poznań joined the programme.
The target group was correctly defined, however most of the tenants complained about high costs of participation and deposit, which raises questions about what are the right levels and conditions for affordability.
This shows that it is crucial to specify the target group very carefully. In particular, their financial situation has to be taken into account. The biggest obstacle for young people who wanted to take part of the programme was the participation fee. The conclusion is that this fee could be replaced by higher rent or balanced by lower standard.
Most of the young people were interested in renting a 2-room apartment. There were also people interested in 3-room apartments which at first were not provided in the building scheme. So at design stage, apart from the majority of 2-room flats, some 3-room flat should be planned as well. Young people would also appreciate a wider offer including various locations, various standards and rent or renting periods. Another option, crucial for retaining youth in the city, is a possibility of purchasing the apartment.
Tenants are willing to enter into a permanent contract because they need more stability and have plans to start or expand their family. To address their needs a new programme will be set up – 'Lease with ownership rights'. It allows tenants to buy a flat in 5 to 25 years since joining the programme by systematically repaying the price of the flat.

Contribution to the Urban Agenda of the EU Housing Partnership

The programme 'Apartments for graduates' is directly relevant to the Urban Agenda for the European Union whose aim is to improve the quality of life of its citizens. On the 30th May 2016 ministers of the EU member states approved the Pact of Amsterdam – a document which establishes the rules of the Urban Agenda. It concentrates on 8 partnerships: air quality, inclusion of migrants and refugees, urban poverty, etc. Poznań is one of the cities belonging to the Partnership concentrated on housing. According to the Urban Agenda it is supposed to be of good quality and affordable. The aim of this Partnership is to set the priorities of housing policy and the financial and legal rules for providing help by cities. It cooperates with the representatives of member states, European cities, the European Commission, the European Investment Bank and international urban organizations.
The idea of such a big, youth-oriented investment in Poznan has turned out to be path-breaking at national level. It is also an impulse for the further creation of apartments for graduates which may solve many burning issues such as retaining young talents in the city and encouraging entrepreneurs to cooperate. It can provide a good example for cities across the EU in search of affordable housing approaches.
Themes homepage sticky:
Economy 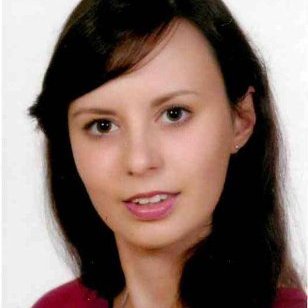 Submitted by Karolina Prymas on 09 March 2017