Gavà organises a meeting with its partners

Gavà, a municipality that belongs to the metropolitan area of Barcelona, hosts for 4 days its European partners of the URBACT Transfer Network BoiCanteens#2. During these days, the host city has shown to its partners the spaces and agents of the city linked to sustainable food.

From April 26th to 29th, the last transnational meeting (TNM) of the BioCanteens#2 Transfer Network took place in Gavà, where the delegations from the partner cities: Wroclaw (Poland), Liège (Belgium), Mouans-Sartoux (France) and a representative of Bergamo (Italy), currently a collaborating city, were welcomed. The event was a new opportunity to exchange experiences among the European cities participating in this network.

The agenda of the following days was planned so that the partners could learn first-hand about Gavà's assets linked to sustainable food, such as the canteen of a public school and the Agricultural Park of Gavà. The central theme of the visit was "Food awareness in cities communities", so it coincided with the preparations of the Asparagus Fair, the main cultural event dedicated to the most important agricultural product of the city, the asparagus.

On the afternoon of the 26th, an institutional welcome took place in the plenary hall of the City Council. During this event, the actions of Gavà within the framework of this project were discussed at a political level. The welcome speech was given by Ester Zamorano, Deputy Mayor of Welfare, Education and Culture. Gilles Perol, Deputy Mayor of Mouans-Sartoux (France), and Rosa Fernández, Deputy Mayor for Urban planning, Housing and Environmental Sustainability, joined her and both started a political discussion with the guests. 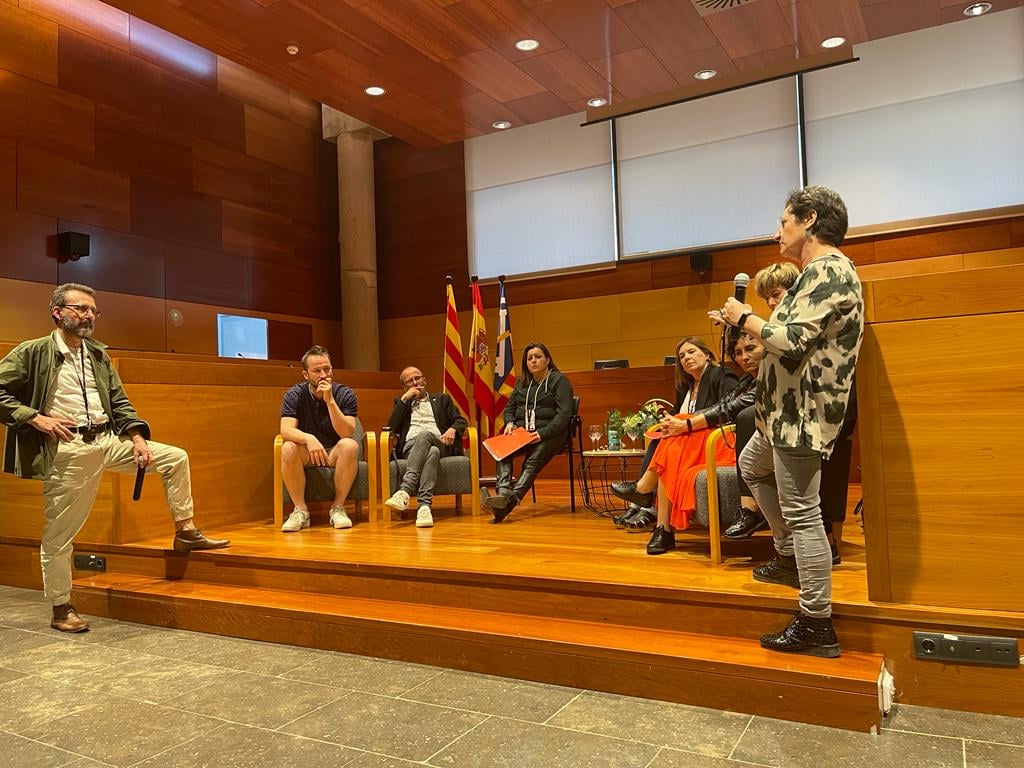 During the first working day, the partners visited the Marcel·lí Moragas public school. The director of the centre, Councillor for Environmental Education and Awareness Raising of the City Council, Mercè Campodarve, acted as interlocutor and explained in detail how the school canteens work and the activities that are carried out around sustainable food. Within the canteen system, parents play a key role, as they are the ones who choose the catering company that will manage the school kitchen. For this reason, a mother representing the Gavà’s Parents’ Association was invited, so that the members could learn first-hand the vision that this group has about the current canteens.

The next day, the delegation visited the Agricultural Park of Gavà, where many agro-ecological products are grown to supply Gavà’s citizens. They had the chance to talk with the farmers of the area, who explained their daily life and their relationship with the schools. During this visit our guests were able to taste the local products. This appointment was one of the most popular among the visitors, and raised many questions. During the day we visited the exhibition on sustainable food managed by the Metropolitan Area of Barcelona and located in Gavà, an awareness-raising activity aimed at pupils from the municipal schools. The closing event of the day took place in a restaurant in the city, which offered a menu based on local and organic products. 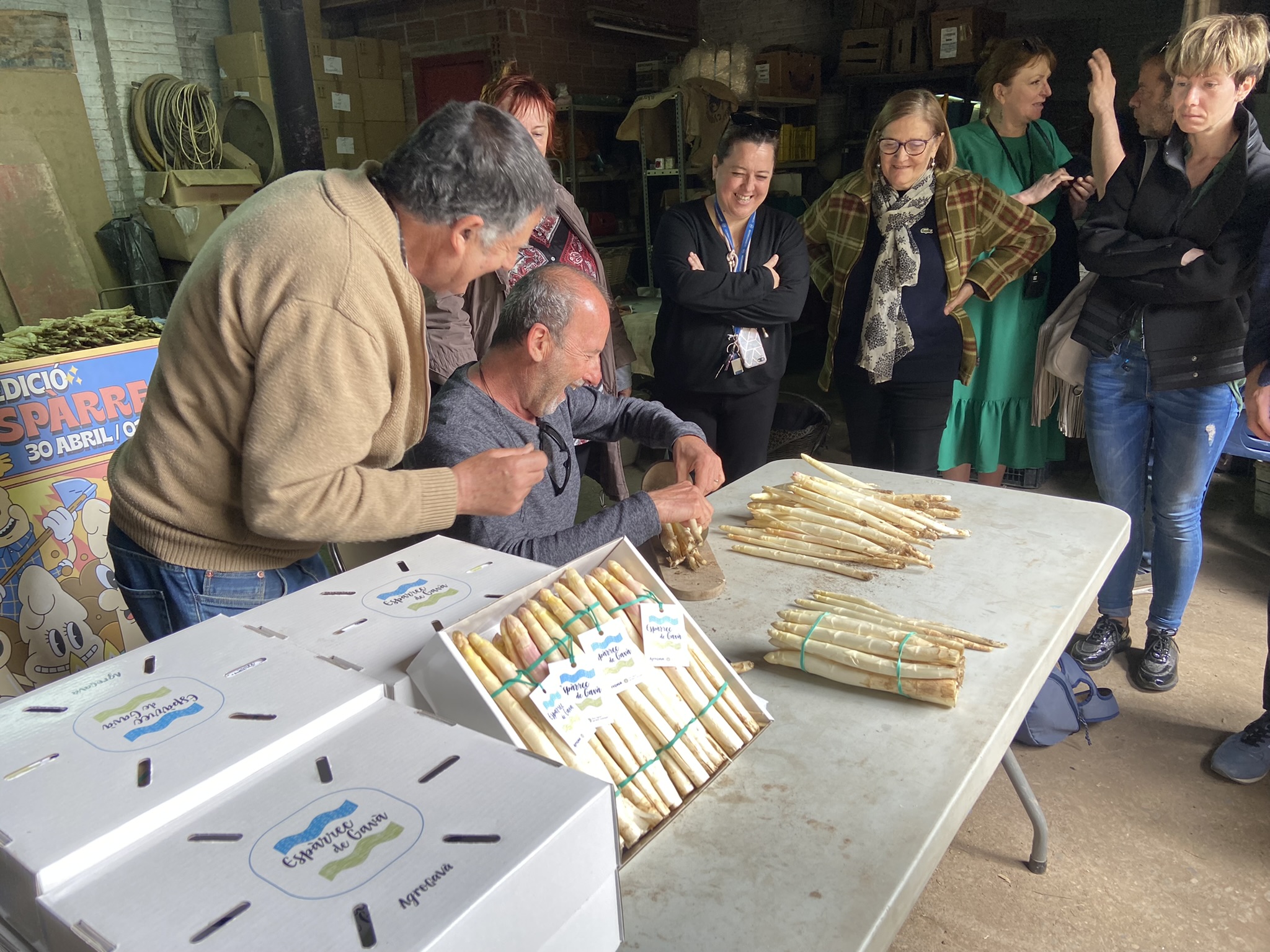 The transnational meeting was part of the activities prior to the Gavà Asparagus Fair, an event that promotes knowledge and consumption of local products. Different children's activities related to sustainable food and information about the Biocanteens#2 project were carried out. Raising awareness among families and children is vital to achieve success in the transition to sustainable food. Although the partners could not attend the fair in person, the City Council provided information and awareness-raising activities related to BioCanteens. In this way the citizens from Gavà were a bit closer tothe project