Anastasija Zihareva is from Latvia. She is a freelance culture and communication professional. Within the internalization programme of Groningen she is a project leader of the cultural platform for internationals "Here & Now in Groningen".

Why did you move to Groningen?

“Like majority of local internationals, I came here to obtain higher education. My initial motivation to come to Groningen was practice-oriented International Communication study programme. To be honest, I mostly focused on that and did not research much information about the city itself when deciding to come her

e. Its reputation of being ‘best student city in Europe’ and some pictures of old centre did the job for me. But when I arrived here, I was positively shocked how amazing the city was. Full of young smart people, compact, safe, yet offering all sorts of various entertainments and activities for young people. Before arriving to Groningen I've experienced living in my home city Riga, then Berlin and Rhodos, and, of course, enjoyed certain aspects of these cities, but Groningen combines in itself all the elements young ambitious people are looking for.”

How did the municipality approached you as an expat to be involved in forming the programme?

“I was working at a local theatre festival organizing events and activities for internationals and met Frederic van Kleef, one of the initiators of the whole Welcoming Policy. We have had a chat about the main issues that are being faced by internationals when trying to discover the city, its culture and possibilities to meet new people that are not related to their study programme or work or same spoken language. The two challenges that are limiting internationals from full-scale participation in the cultural and event life of the city are language and cultural barriers and inability to choose between events that you are not at all familiar with. Then I was offered to do an internship there at Gemeente to conduct a research and look for both online and offline solutions to improve the situation. As a result, the concept of cultural platform ‘Here & Now in Groningen’ was created.”

What is the biggest advantage the welcoming programme offers expats and other internationals now that the it is implemented?

“One of the main, yet indirect advantages is that internationals get an overall perception that they are taken seriously, as a part of society, not as temporary, isolated ‘guests’. That positively changes their idea of the city and themselves in it.”

How does the programme help expats to get to know the city?

What part of the programme did you miss the most when you just moved to Groningen?

“All of them! It is impossible to pick one, because each mini-project addresses problems that appear on different stages of one’s life in Groningen. But, of course, as a person deeply interested in culture and opportunities to connect with people based on the same interests, I would definitely make use of my own project.”

What makes this approach so unique and therefor a Good Practice according to you?

“I think in general focusing on the future and investing energy and budgets in something that has not been tested by other cities before is a brave and futuristic approach. Aside from that, even though our current projects are applied to Groningen, in the essence, principles that are being developed can be taken over and used by any other city that deals with internalization and wants to approach that in the most inspiring way.”

Marian Counihan is from South Africa and works part time as lecturer at university and part time runs an independent research and project bureau Maieutic.

Why did you move to Groningen?

“I ended up in Groningen because of my Dutch partner who is a professor at the Rijksuniversiteit Groningen. We split our time between Groningen and Amsterdam for many years.”

How did the municipality approached you as an expat to be involved in forming the programme?

“I actually approached the municipality, as I already had my own company but wanted to get involved in internationalisation. Groningen is changing rapidly in this respect and I am very enthusiastic about the growing diversity, and curious about how the city will respond to becoming more international.”

What is the biggest advantage this welcoming programme offers expats and other internationals now that it is implemented?

“The city has become much more international friendly; more and more services and facilities cater also to internationals residents now. It is becoming part of the fabric of the city.”

How does the programme help expats to get to know the city?

“Recently we opened ‘City Central’, a physical hub for international Groningen where new residents can get information and tips about city life, and come into contact with local residents. We run projects like run 'My Local Friend' which is a volunteer organisation, matching up locals to new residents who want to improve their Dutch. In this way we help internationals to integrate into Groningen and to get to know local people, something which many internationals expressed a desire for. There is also a new platform, ‘At Home in Groningen’, which provides information and support for students regarding housing.  Finally, we are also working on a new municipal website which will provide a good online portal to the city.”

What part of the programme did you miss the most when you just moved to Groningen?

“I think I would have definitely signed up to My Local Friend; in Amsterdam I benefited from a similar organisation and Groningen didn't yet have anything like this. My 'local friend' from Amsterdam is 84 years old, taught me so much about life in the Netherlands, and is still a very dear friend of mine many years later.”

What makes this approach so unique and therefore a Good Practice according to you?

“What makes the internationalisation programme so special is the level of partnership and collaboration. The pre-existing ‘Akkoord of Groningen’, which is a high-level strategic partnership between the municipality, the universities, the UMCG (academic hospital) and the province means that broad, city-wide programmes can be discussed, supported and approved in a constructive, streamlined fashion; in addition the dynamic collaboration between the municipality and other partners (such as me) means we were able to realise innovative projects together quickly and effectively.” 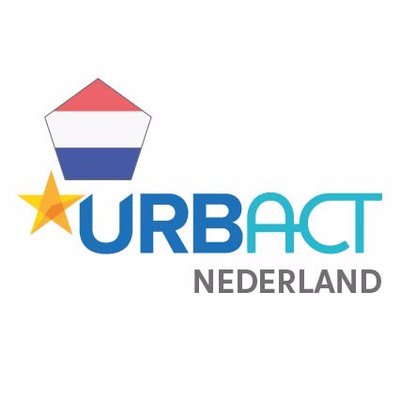