The growing role of food in fixing our cities

Imagine cherries as far as the eye can see. Imagine cherries with and in everything you eat. Imagine an economy that revolves around the short and vulnerable cherry harvest.
You are imagining Fundao, a small city high in the Portuguese hills near the Spanish border.

Representatives from small and medium sized cities in the URBACT network Agri-Urban met recently in Fundao to exchange ideas about improving the food infrastructure in their cities. They got together to ask: How can we work more effectively with producers? How can we stimulate innovation in the supply chain? How can we optimise public sector procurement in schools and care homes to reshape our local food supply lines - and consumption habits?

Around the table, Agri-Urban brings some heavyweight experience. Among the partners is Sodertajle from Sweden, with its trailblazing work in public procurement. There is also Mouans-Sartoux, a small French city punching above its weight and challenging city decision-makers on key questions of land use.

Fundao itself has overcome its apparent vulnerability to dependence on one product by diversifying its local cherry economy in highly innovative ways. Its “Fablab” enables local producers and creatives to collaborate using state-of-the art facilities. One local business is cultivating mushrooms in used coffee grounds, exploiting commercial waste to generate value – a great example of the circular economy in action.

In the fading sunlight of a long productive day the international group visited the Natura glamping site, glamorous camping to the uninitiated, where Agri-Urban’s city partners planted a row of trees – cherry trees of course – on a ridge overlooking the valley.

In this network we can see the URBACT integrated principles at work, truly encompassing environmental, economic and social activity. And Agri-Urban is not working alone in this sphere. Food has become a hot topic for cities. 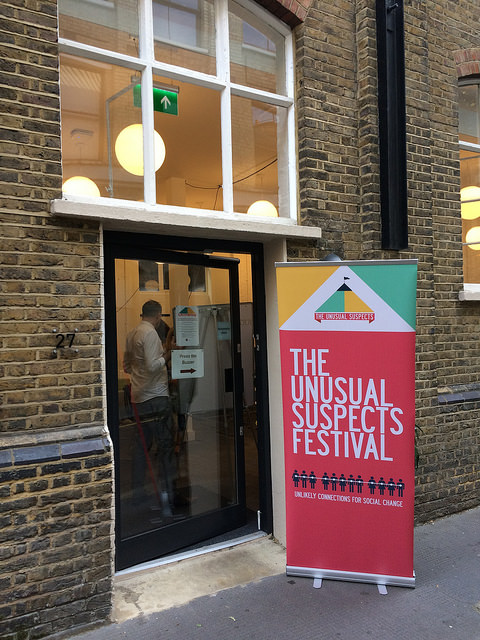 At the recent Unusual Suspects Festival in London, Agri-Urban had the chance to connect with a global audience interested in their work. With inputs from across the city, participants from as far afield as Canada and South Korea assembled at the wonderful Calthorpe Project to exchange ideas and inspiration.

Albert Garcia, representing Mollet de Valles (Spain), another URBACT food pioneer, had some interesting take-aways from the event. He noted the important role of food in helping reach some of the goals cities have today – including meeting health, social and economic priorities. He said: “What I really thought in the plane is that I will commit as a civil servant to make the unusual more usual. To work hard to convince the main actors that making innovative contributions to their city with unusually good initiatives or approaches is possible. From the city hall we have to struggle to create the right framework to let the unusual grow and become usual as a major achievement for the city. A long way to go but lot of unusual suspects full with energy and commitment.”

In Mollet, as in many URBACT cities, the food theme remains strong. As well as Diet for a Green Planet, which was Mollet’s first programme experience, we have had Sustainable Food, led by Brussels, as well as URBACT Markets exploring the important role of city markets, led by Barcelona. The recent announcement of the URBACT Good Practices continued this food-related momentum, with labeled cities including Mouans Sartoux (France) and Turin (Italy). Mouans Sartoux confronts city planners with key questions about how urban land should be used in the 21st Century. Many cities are under pressure to accommodate growing populations and provide additional housing. But where will the land come from – and how can we ensure a balanced approach where cities retain green spaces, not only for recreation but also for cultivation?

One of Turin’s two URBACT Good Practices taps into Italy’s integral relationship between food and local communities. In recent years the city has supported the redevelopment of its network of neighbourhood markets, giving each community access to local produce within walking distance of home. This helps sustain hyper-local micro-economies. It also provides a valuable social forum at a time when there is much talk of the increase in loneliness and isolation in our cities. Additionally, the fact that these markets are a short walk from home discourages driving and promotes cycling and walking which are not only low-carbon activities but also ones more open to chance encounters with neighbours and other shoppers.

Food in the wider urban family 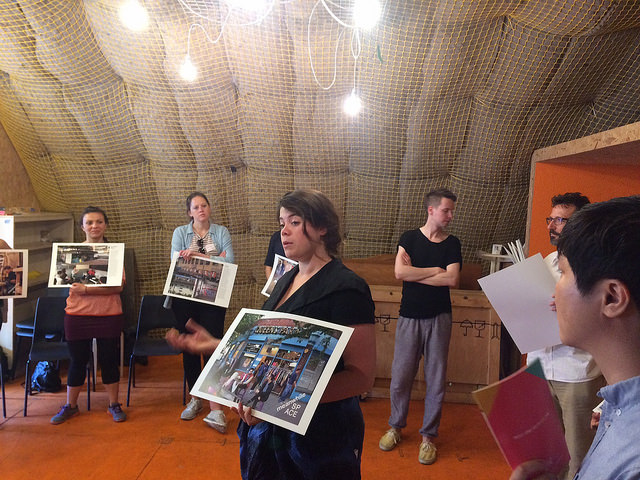 A short hop from Turin, Milan has almost 30 square kilometres of agricultural land within its municipal boundary. On the back of its 2016 Food Expo, there is a variety of food-related activity in the city. Their URBACT Good Practice focuses on peri-urban agricultural activity, exploring the role of the food sector in driving entrepreneurship, innovation and employment. The city is also among the first wave of Urban Innovative Actions (UIA) cities, with this project building on their growing wealth of food-related experience. The potential crossover between this and some of the URBACT projects is clear, helped by the fact that this UIA and URBACT’s Agri-Urban project both have support from the same expert, Miguel Sousa.

In the initial cluster of 18 UIA cities, two others also have a food dimension. Pozzuoli, in the greater Naples metropolitan area, focuses on encouraging zero-kilometre food production in a part of Italy that is the victim of its own gastronomic success. Local producers are more likely to export their mozzarella to New York than produce it for the local market. The domino (pizza?) effect is that the food for sale locally is often imported from North Africa. This may reflect an effective market at work – but it’s an environmental own-goal. Addressing this imbalance, with the aim of stimulating local production and consumption, is one of Pozzuoli’s UIA goals.

And the UIA focus on food doesn’t stop at the Alps. In the north of France, the city of Lille is also embarking on an approach that puts food at the centre of its anti-poverty activity. Their intention is to transform a well-known local brownfield site, Fives Cail, into a variety of food-related initiatives. Their proposed Halle Gourmande will be a hub of food-related activities, providing opportunities to learn, share and enjoy. In doing so the project’s transformation of this old heavy industrial site will be emblematic of Lille’s post-industrial shift.

So, when did food and cities hit it off so well? 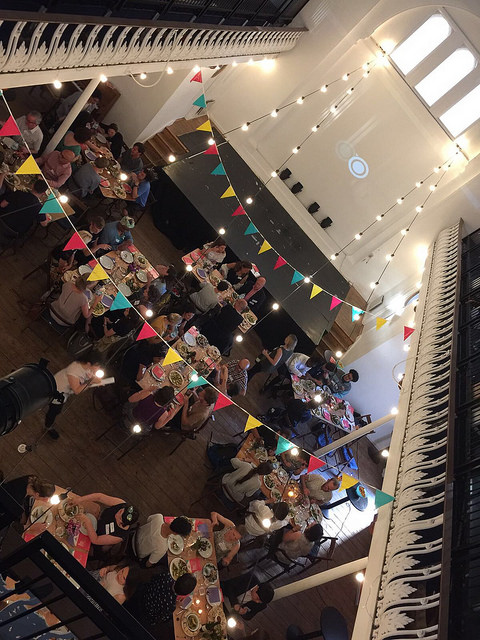 Why the big buzz around food? One clear reason is food’s role as a social connector. In an increasingly polarised world, where tribal behaviour and bubble living keep us apart from those who may think differently from us, food can act as a bridge. The inspiring Zipbob social dining project in Seoul, for example, brings neighbours together through food. This is important in a booming megacity where traditional neighbourhoods are fast disappearing with socially unsettling effects. Back in Europe, early findings from an ongoing OECD study on migrant integration in EU cities have underlined the importance of creating shared spaces where locals and new arrivals can meet. Sharing food is an obvious way to do this. For example, it is exactly what Options Food Lab does, linking migrants with cookery skills with Athenians willing to host food sharing events in their homes. As well as the evident social benefits, this has also created a pathway into employment for a number of new arrivals in the city.

In this same space, we can also see initiatives like Conflict Kitchen using food as a platform for the building of mutual understanding and respect. This project, which initiated in Pittsburgh Pennsylvania, runs a restaurant offering the cuisine of a country with which the US is at war. Over the years, the culinary offer has included Iran, Cuba and North Korea. Currently, it is focused on Palestinian food and the restaurant also provides a platform for cultural events including poetry and theatrical performances. The overall idea is to give Americans an insight into cultures that are often widely misrepresented in the mainstream US media.

Afters: How do we maintain this momentum?

One of the best things about this new urban food movement is its organic spontaneity. Innovative projects, often run on shoestring budgets, are popping up all over the place. Energetic young people with an interest in food and a commitment to social change are developing many of them, like Options Food Lab. Spark York is another example - a new social enterprise on a temporary site, modeled on London’s Pop Brixton. This will create an attractive pop-up facility where a diverse range of food outlets will each have a strong social purpose.

We have also seen some of the biggest names in the food industry getting involved, investing their own funds and attracting support from others. The UK’s Jamie Oliver is one well-known example. Another is the French chef Thierry Marx, through his Cuisine Mode d’Emploi. Perhaps most impressive of all is the inspiring work of Modena super-chef Massimo Bottura, with his ambitious attempts to feed the homeless in his Reffetorio Ambrosiano in Milan. Superstar chefs can’t drive the structural changes our cities need, but they can draw attention to the issues and mobilise support across the political spectrum. This includes underlining the food sector’s long-standing role as a route into the labour market for people facing multiple barriers.

The Botturas of this world don’t need much municipal support. But most social entrepreneurs do, and city administrations can help in lots of ways. They can ensure their cities have space for agriculture, as Bristol has done, through their innovative Food Plan. They can also help by supporting access to premises, even on a temporary basis – particularly when so many spaces lie empty in our cities. And, of course they can provide the financial and business support that all enterprises need.

In the URBACT Good Practices, municipalities have played a key role which can inspire others. The URBACT Festival, in Tallinn on 3-5 October, will showcase these – and all the other good practices. URBACT will also be supporting a new generation of good practice transfer projects and, who knows, there may be some food projects amongst them.