Find out how two Belgian cities are fighting homelessness as part of the URBACT ROOF network.

Partners in ROOF – and other related URBACT networks – have been contributing their experiences to the UIA-URBACT initiative ‘Cities engaging in the right to housing’ since early 2020. In this article, Zoé Lejeune of the Belgian National URBACT Point, tells us about how the right to housing has been implemented in Liège and Ghent.

The situation on the ground

On the streets of Liège and Ghent (BE), field and social workers, volunteers and other first-line teams walked around the city on the night of 27 October 2020, visiting the main spots where homeless people usually rest, sleep or wait for the daylight to come… In order to carry out an accurate count of homeless people, the King Baudouin Foundation had financed a census as well as a questionnaire designed to get to know the public better so as to be better able to support them.

This counting of homeless people is a first step towards designing the most suitable public responses. All in line with the #HousingFirst objective adopted by these two Belgian cities in the URBACT ROOF network: to provide a solution for long-term homelessness, usually combined with drug addictions and mental health problems.

“The objective is that in order to build coherent local policies, we need to know our homeless as well as possible. More than an enumeration, it’s a census. We went looking for information to have multiple profiles. And we want to do it every two years,” says Arnaud Jacquinet, coordinator of the Relais social du Pays de Liège (RSPL), the organisation in charge of projects aiming at helping homeless people in the city.

Experimentation with ‘Housing First’ in Belgium

The ‘Housing First’ concept was first formalised in the early 1990s in New York by an American psychology scholar who was convinced that the right to housing is a fundamental right, but also a key first step for ending structural homelessness. This concept ran counter to the prevailing view that other socio-personal challenges needed to be overcome first before someone would be ‘ready’ for their own house. 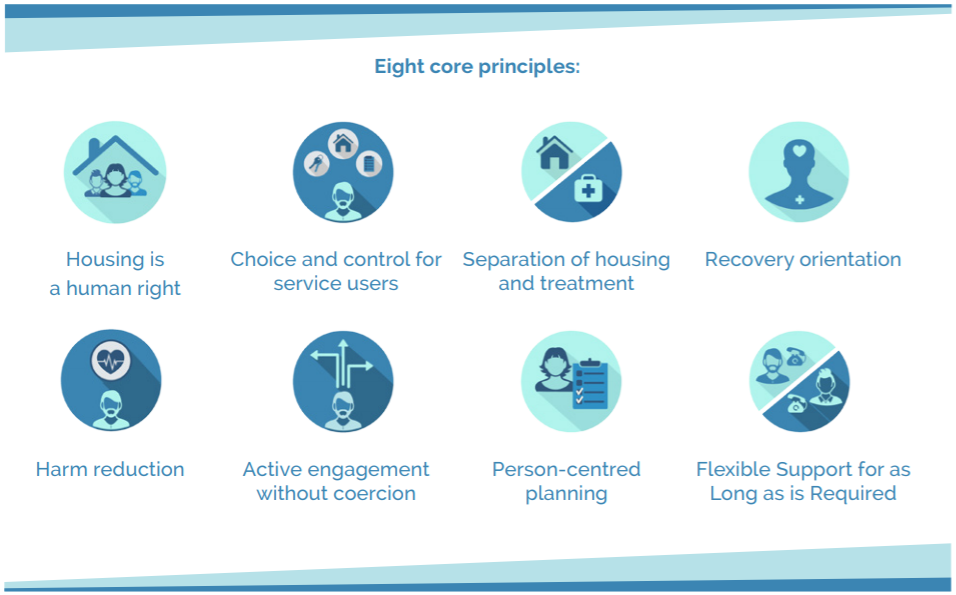 For almost a decade now, the Federal Ministry in charge of the fight against poverty has financed a ‘Housing First’ experiment in Belgium. Launched in 2013, the initiative was originally piloted in Belgium’s five largest cities: Antwerp, Ghent, Brussels, Liège and Charleroi.

Housing is provided first, but alongside additional support – firstly by social and health workers, then by integration coaches for professional purposes, which is key. “The HF project induces a paradigm change at the level of social action and this is not easily accepted by all stakeholders,” comments Arnaud Jacquinet.

‘Housing First’ in Belgium: It works!

Within the set of long-term solutions to end homelessness, ‘Housing First’ has proven to be a key component in supporting the most vulnerable groups in Belgium and, since 2013, 18 projects have adopted the approach in different Belgian cities, including four in Brussels. 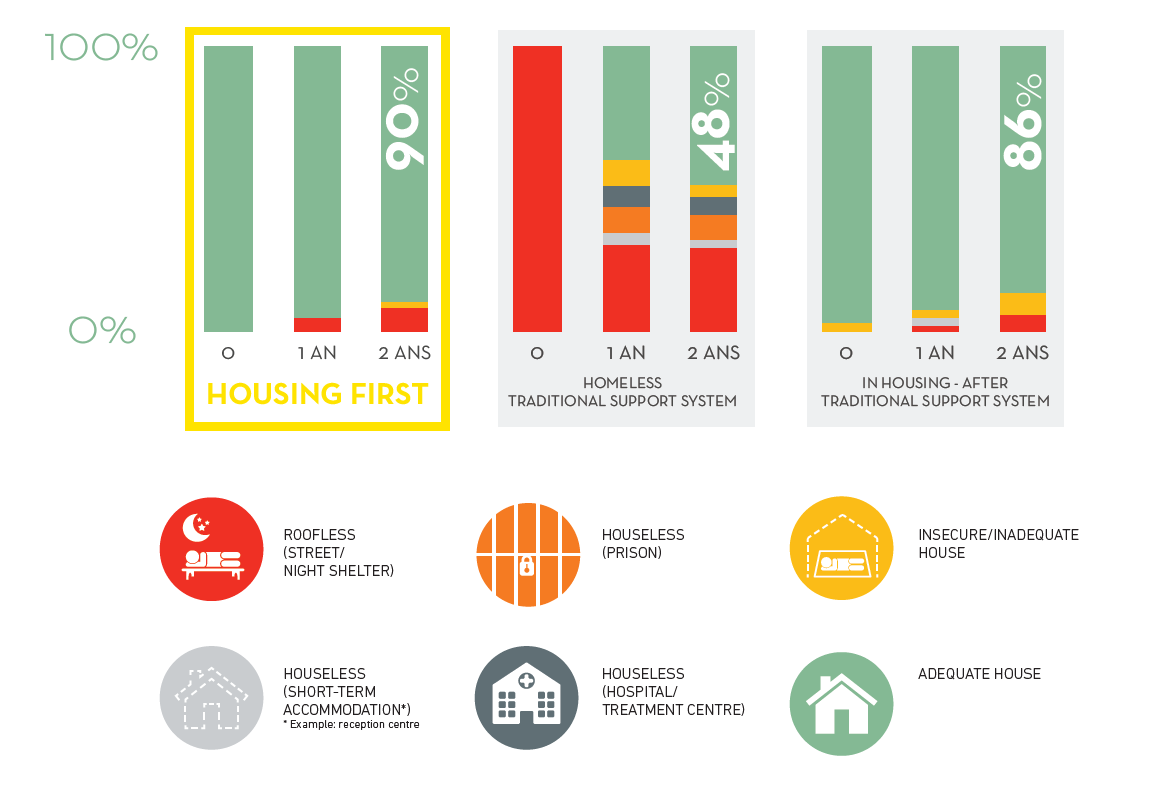 Many local stakeholders believe that we’ve reached a real political momentum in Belgium with great opportunities for ‘Housing First’ to become more mainstream: “HF is mentioned in all regional and federal policy statements. It is the first time that four Belgian governments have cited the same programme, the same ambition, which is not yet common but which identifies a horizon in the fight against homelessness,” continues Renaud De Backer.

Unfortunately, local experts and social workers identify several substantial barriers to further rolling out of ‘Housing First’ implementation in Belgium. These include:

“Stress on the housing market forces precarious groups to compete at the bottom of the market. Financialisation and policies that favour the market create and perpetuate this situation. Exclusionary policies that favour owners and investors should be turned towards more inclusive policies that guarantee affordable housing for all” argues Steven Vanden Broucke, URBACT Local Group coordinator in Ghent.

These and other challenges are at the heart of the work of the ROOF network – an URBACT Action Planning Network set up in 2019 by the city of Ghent. At the local level, each of the nine EU partner cities is designing an integrated action plan: this means working in a transversal and multidisciplinary way. All stakeholders come together around the table, with the goal to eradicate homelessness in the long term by making the shift to long-term housing. Today, the ROOF network partners are Braga, Ghent, Glasgow, Liège, Odense, Poznan, Timisoara, Thessaloniki and Toulouse Métropole.

“We hope that, together with Liège, we will be able to move the national policies in Belgium, because we have the French-speaking and the Flemish-speaking parts together,” says Patricia Vanderbauwhede, coordinator of the URBACT ROOF network. But the goal is of course to contribute to ending homelessness in all ROOF network and European cities. To do so, ROOF also advocates on the right to housing for all at the EU level . And ‘Housing First’ is one of the key solutions to be advocated!

Cornerstones of the work and advocacy undertaken by ROOF are:

Cities play a central role, but key opportunities in terms of housing – both public and private – need to be supported by regional, national and even EU policies and funding opportunities. Having a national strategy to support ‘Housing First’ has proven key to the success of the projects in countries where it has spread widely. Sensitising MEPs and building partnerships and coalitions of urban stakeholders are key objectives of ROOF’s partners.

Setting up partnerships and reaching a better collaboration between services (housing, social action, emergency, professional support, etc.) depends on the local context and opportunities, looking for strengths in the partners and having privileged access to the services concerned. URBACT provides cities with a method and tools – such as co-creation and participatory approaches – to set up global solutions, with the right political support.

There is a need for leveraging ‘Housing First’ at different levels to show first what the problem is and know it better, and then to show that the ‘Housing First’ solutions actually work better than social emergencies, which need to focus on their very own tasks and target audience. The counting, or census, is a first step to evidence the issue as a key component of the housing strategy for cities. For this, the ROOF city partners have worked a lot around the ethos light methodology, developed by FEANTSA – the European Federation of National Organisations working with the homeless.

The strength of URBACT is to have cities from different countries, in different parts of Europe, all supporting the same model and promoting the need for further funding of these solutions. “There was not a lot of political framework around ‘Housing First’ so that’s what we’re trying to do with ROOF, to put it on the political agenda… to make sure that all levels work on homelessness, in a way that benefits the cities,” says Patricia Vanderbauwhede.

“I think it’s the role of cities to translate the local reality to the upper levels. Because in practice, it’s us working with the people who are on the streets. It’s us who can feel what is working and not, what is needed and not. There, we have a very important role to play: to be a constructive partner of the upper governmental levels,” continues Steven Vanden Broucke.

‘Housing First’ is but one of the key solutions for ending long-term homelessness and many other innovative solutions and collaborations will emerge in the coming months and years. Building on their joint ‘Cities engaging in the right to housing’ initiative over the course of 2020, UIA and URBACT are set to launch a new platform in spring 2021 featuring inspiring city case studies on collaborative housing, fair finance and other housing issues. Keep an eye out for updates!

See also several other inspiring projects on cities engaging in the right to housing in Belgium: 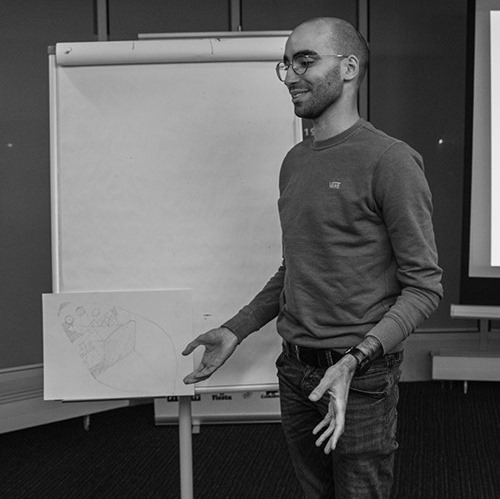 Submitted by Fabian Massart on 25 March 2021

Alternative to mass tourism? Sustainable tourism and the regulation of short-term rentals