Programme expert Ivan Tosics, vice chair of the European Network of Housing Research (ENHR) and executive committee member of the European Urban Research Association (EURA) explores the effects of the "financialisation of housing".

Two decades ago, housing problems seemed to be solved once for ever in many developed countries. Then something unusual happened: capital investments into the housing sector grew sharply, and – within a few years– so did housing problems.

Economists call this phenomenon the "financialisation of housing". Indeed, as housing increasingly became a financial asset, a tool to keep the value of savings, it lost its social meaning. Moreover, new investments led to sharp price increases crowding out families from the opportunity to acquire new units, and at times even from their existing housing.

In this article we analyse first the process itself, then give an overview of national and local government reactions, and how investments into housing (which are generally welcome) could be influenced towards minimising their unwanted negative consequences.

1. The financialisation of housing

New investments don’t always cause problems, so we have to raise the question: what proves that the financialisation of housing increases housing problems, rather than solving them?

Saskia Sassen, at the Urban Future conference in Vienna (AT) in February 2018, highlighted the uneven territorial spread of these foreign investments: the top 100 cities with 10% of population concentrate 70% of financialised assets. Housing prices in so-called "hedge cities" like Hong Kong (HK), London (UK), Munich (DE), Stockholm (SE), Sydney (AU) and Vancouver (CA) have increased more than 50% since 2011, creating vast amounts of assets for the wealthy, while making housing unaffordable for most households who had not already invested in the market. Moderate and low-income households are pushed to peri-urban areas with scant employment and services. 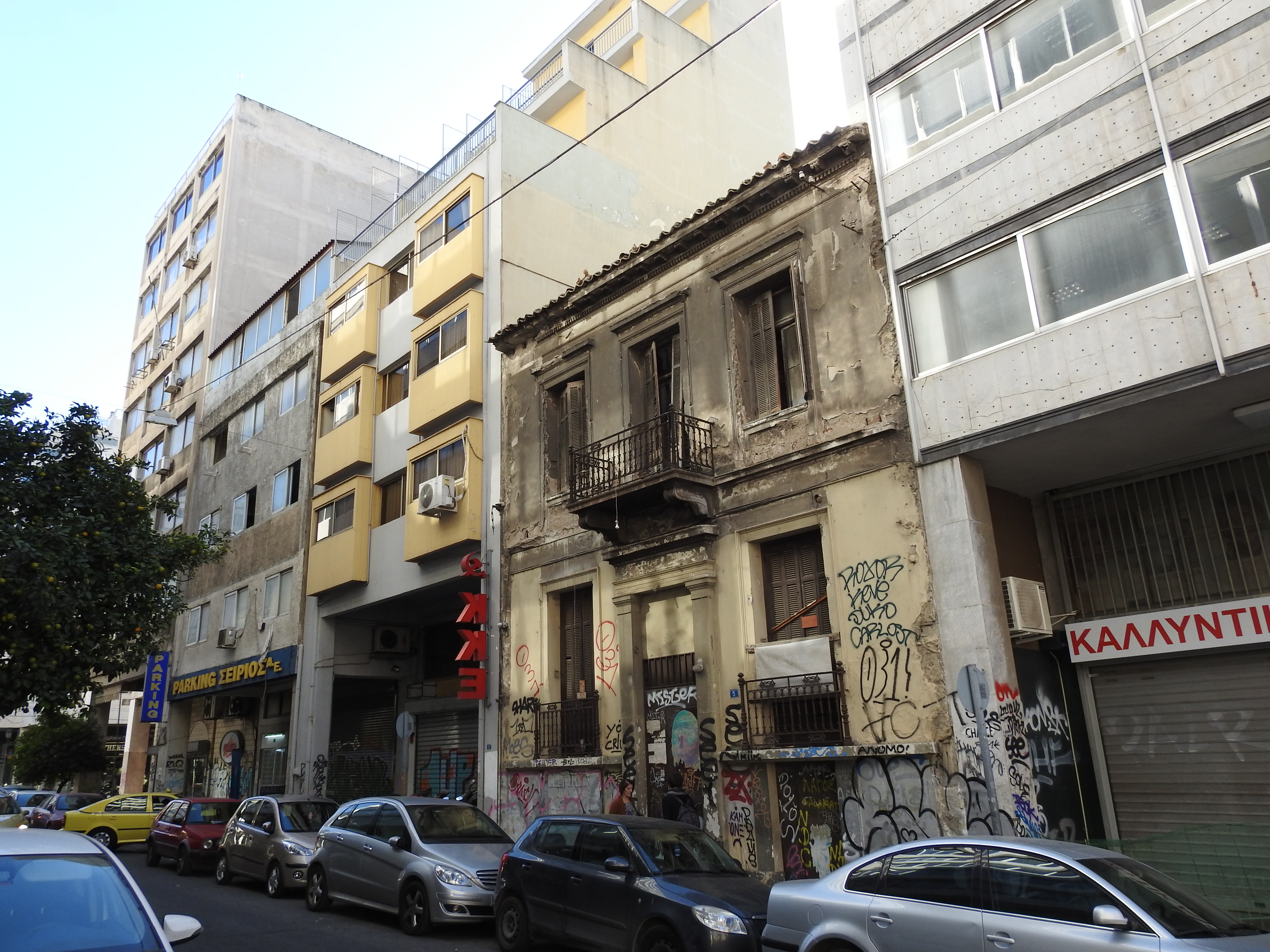 Sassen adds that in many cases new developments bring around empty buildings in the best locations. Besides, when rented homes or mortgages are owned by remote investors, money mostly flows out of communities and simply creates a greater global concentration of wealth. Tenants living in housing owned by absentee corporate landlords complain of sharp increases in rent, inadequate maintenance and conditions as a result of substandard renovations undertaken quickly to flip the home for rentals, and an inability to hold anyone accountable. Finally, financialised housing markets create and thrive on gentrification and the appropriation of public value for private wealth: improved services, schools or parks in an impoverished neighbourhood attract investment, which then drives residents out. (Plan Limited, 2017)

Besides directly financing new investments, financialisation also means expanded credit opportunities, leading to increasing debt for individual households. This might make people vulnerable to predatory lending practices and the volatility of markets, leading to unprecedented housing precarity. Financialised housing markets have caused displacement and evictions on an unparalleled scale: in the United States of America over the course of 5 years, over 13 million foreclosures resulted in more than 9 million households being evicted. In Spain, more than half a million foreclosures between 2008 and 2013 resulted in over 300 000 evictions. (Plan Limited, 2017).

In a thorough analysis Fernandez and Aalbers (2016) show that the dangers of financialisation are the lowest in countries where privately-owned housing stock dominates, mostly free of mortgage debt – this is the sign that the housing market has not been financialized yet. However, the case of Spain, once following this trajectory, but having been transformed radically in the brief period from the late 1990s till the collapse of the bubble, shows that not even these conditions give a guarantee to keep out the global forces of financialisation from entering the national system of housing finance.

Airbnb is one of the leading examples of the innovative and recently very popular sharing economy. However, as Juliet Schor (Professor of Sociology at Boston College) has shown in a presentation at the Smart Cities Expo World Congress in Barcelona (ES) in November 2018, almost all hopes that the sharing economy can decrease inequalities and can contribute to sustainability, proved to be wrong. It is clear that there are such potentials but these are not at all automatic: cities have to intervene with conventional policies (taxation, incentives) as well as novel arrangements (big data sharing and use, social aspects, etc.) to make the promises to become true.

Viennese investigations about Airbnb units have shown that these are located in the same districts as the hotels – thus the promise "you will live as the locals" is not at all true. Vienna (AUT) contacted 16 platforms, but only 10 of them agreed to collect the freshly introduced tourist tax, the others rejected to give the data, referring to EU data protection laws. The efforts of Vienna to influence the Airbnb market are (for the moment) constrained as many aspects can only be handled by national laws (e.g. income tax), while some aspects would need EU regulation (e.g. related to the privacy law). 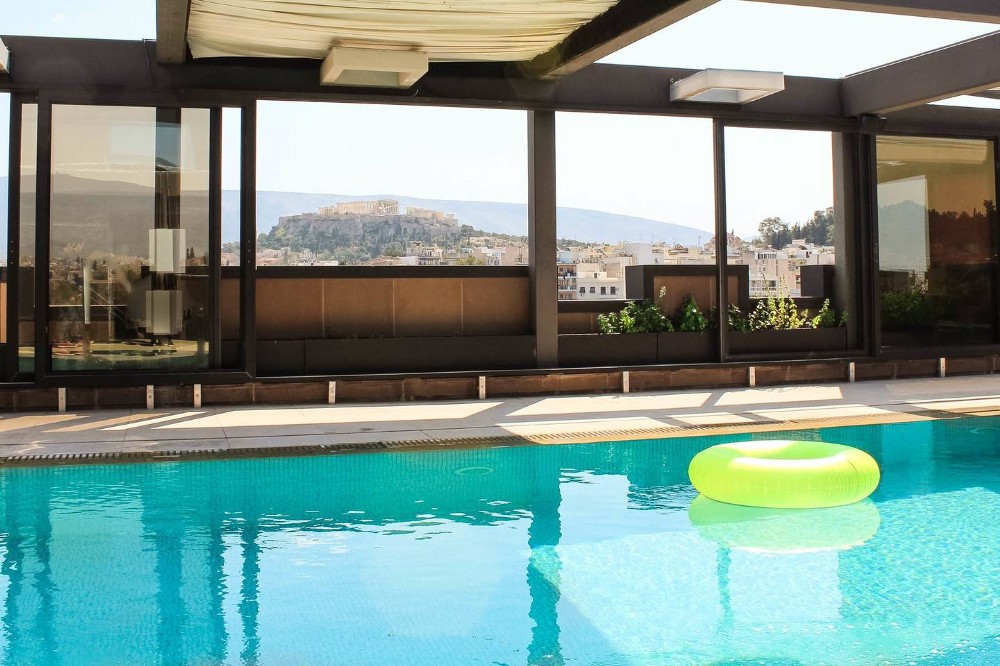 In a meeting of the European Network for Housing Resarch in Athens (EL), Dimitris Balampanidis gave an overview about the situation in his city. As a result of the economic crisis 15-20% of the housing stock stays vacant in Athens. Airbnb rentals took over the market, recently counting some 10 000 units. While Airbnb created work for many people and also contributed to the renovation of many vacant buildings and flats, re-introducing them to the market, it is further increasing income and wealth differentiation in an untaxed way, pushing up rental prices and leading to monofunctional uses. As one of the hottest topics of urban development, there is a debate going on in Athens whether the positive or negative effects of Airbnb are more important. It is clear that Airbnb is targeting the same stock as the public efforts directed towards the vulnerable people. Agencies interested in affordable housing already have growing difficulties to find apartments to rent as Airbnb is considered to be a better option by the landlords.

In the Housing for All conference in Vienna in December 2018 Rui Franco reported on the Lisbon (PT) situation. In countries like Portugal, Airbnb contributed to escalating prices of housing and gentrification of neighbourhoods, without creating affordable housing or other benefits for the local population (Plan Limited, 2017). A prime example is the centrally located Alfama neighbourhood, which was once a dangerous area – now the danger and the original residents are gone, the area fully changed, taken over and dominated by accomodations for tourists. Lisbon municipality did the opposite to what the financial actors suggested, i.e. tried to avoid an austerity policy. The challenge is that local salaries do not match levels from which local rents could be paid. Since last year Lisbon introduced a charge on tourism platforms, such as Airbnb and Booking.com and on global real-estate investors. However, the leaders of the municipality understand that to achieve significant impact of these new tools, strong cooperation between cities and also EU regulation would be needed.

2. How to handle the negative consequences of the financialisation of housing with national regulations?

The Plan Limited (2017) publication lists a series of examples on national or regional level policies to handle the negative consequences of the financialisation of housing.

Although similar examples could be brought up from many other countries, the best that can be said is that the reactions of the most affected countries are sporadic and mostly reactive. On the other hand, there are some countries which are relatively protected from the problems, having well regulated credit markets and strong national governance of the housing system (e.g. Germany). All in all, the large varieties in the national situations shows that without international cooperation the goal of ensuring access to adequate housing for all by 2030 is impossible to reach – partly due to the negative effects of the financialisation of housing.

Our in depth article by Ivan Tosics continues here with what municipalities can do.