It is clear why Dutch cities have a good reputation recently among urbanists. In the beginning of the year we heard that four Dutch cities, Tilburg, Utrecht, Groningen and Wageningen, from January, 2016 are giving some of their social assistance receivers an unconditional social security payment (i.e. a monthly income of the Government without an obligation to take paid employment or to be involved in community service). They examine whether these people will become more active than others with the current, strict regime. In May, urban planners appreciated the signature of the Pact of Amsterdam paving the way for an EU level urban agenda. Last but not least, the URBACT community is hopefully already checking on the internet why the URBACT Summer University 2016 is taking place in Rotterdam, in the city which received the Urbanism Award in 2015. To carry on with ground-breaking urban experiments from the Netherlands, this article is about the WeEindhoven social experimenting programme, which might have had less publicity, but it is definitely worth following the results of this pioneering initiative.

Eindhoven (Lead Partner of the CHANGE! network), often referred to as the ‘city of innovation’, with a population of 225.000 inhabitants (2015) is the fifth-largest city in the Netherlands. It is also well-known for its Brainport framework, putting the knowledge-driven city next to Rotterdam (the main port) and Amsterdam (the main airport). The philosophy behind Brainport is the Triple Helix (nowadays often called as Quadruple Helix, including end-users) as a cooperation between local government, business and knowledge institutions to stimulate and boost technology and innovation, which enables the region to accelerate economic, social and individual growth.

We could say that a city of innovation should be ground-breaking regarding societal challenges too. Although this is true in many aspects, the picture is more complex of course. To overcome the grand societal challenges of our days, Eindhoven introduced the policy programme WeEindhoven, a radically new way of social service delivery, which intends not only to change the system of service delivery, but also the behaviour of the society as well. The WeEindhoven model is a good example of system change and people-powered public services, and is fully in line with the trending paradigm shift, the reorganisation of the welfare state to Relational or Preventive Welfare.

WeEindhoven is not only a programme, but it is a movement aiming to have an impact on the whole society

So what makes Eindhoven a good basis for social innovation and the opportunity to implement such a radical programme?  The level of community engagement in the Netherlands is higher than in most of the European countries. In addition to this, Eindhoven is a medium-sized city with a significant proportion of younger, better-educated people, which is often fundamental for behaviour change.

The original idea of WeEindhoven was born in 2011 as an innovative answer to societal challenges that already came up in late 90ies, but were highlighted in the last years due to the crisis: the society is changing quicker than institutions and, therefore, the Welfare State cannot give suitable answers to the new challenges.

To quote Jeroen Hoenderkamp (a strategic advisor of the city of Eindhoven who was involved in the development of the WeEindhoven programme): “Welfare State products used to be good solutions for the previous, rather predictable life paths, but, in nowadays’ globalised world, they are simply not good enough anymore and they are also becoming more and more expensive. Due to the crisis, a change in the national policy of the Netherlands occurred, in which along with budget cuts, the national government is shifting responsibilities from national to local level. This is why the city of Eindhoven made an analysis (2010) regarding social service delivery.

To cope with societal challenges a system change seemed unavoidable and within the framework of an expert panel the idea of WeEindhoven was born. The City Council supported the idea and during the next 1-2 years the system change was developed in a truly participative way (discussions with several stakeholders from the early stage of the programme development until its fine-tuning, task-force meetings, street interviews, expert panels, residents’ platforms and info-evenings, etc.). To quote Jacolien Aleman (a specialist on social policies at the municipality, who was also involved in the transformation of the internal structure of the municipality): “In the past we did spent a lot of money on the delivery of a general package of services without exactly knowing what kind of support was needed on personal level. We have a strong belief that people, if empowered, are capable to take their own responsibility and solve their own problems in a more efficient way. Eindhoven is in transition and the core element is WeEindhoven”.

The WeEindhoven programme started in 2013 as a pilot in two neighbourhoods and since the beginning of 2015 the experiment has turned into an official programme implemented throughout the whole city. Some Dutch cities, like Utrecht and Rotterdam run similar programmes, but the more advanced one is taking place in Eindhoven. 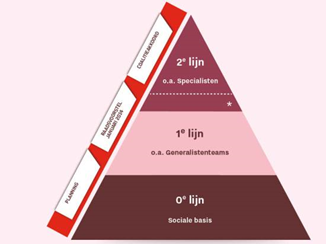 The heart of the WeEindhoven programme means 10 WeTeams, located in different neighbourhoods, representing a kind of one-stop-shop. WeTeams consist of generalists (the 1st line within the triangle) with different backgrounds, like child/family/elderly care, drug addiction, care for people with disabilities, etc. The generalists act as facilitators and coaches between residents (the 0 line in the triangle) and specialists (the 2nd line in the triangle). The ideal generalist is a “storyteller, resource weaver, system architect and navigator” (Dr Henry Kippin: Collaborative capacity in public service delivery – Towards a framework for practice, UNDP Global Centre for Public Service Excellence, Singapore, 2015). Her/His role is to be well connected to residents and their neighbourhood in the usual everyday life.

Instead of the typical dialogue in which residents demand and the municipality provides the requested service quasi automatically, WeTeams focus on a personal approach. The generalist visits the households and starts the intake with a “coffee around the kitchen table”, trying to identify not only the actual problems and needs of a family or person, but root causes behind them as well. When looking for solutions people are stimulated to take their own responsibility and solve their problems themselves or together with the so-called “social basis”, instead of immediately involving a high level specialist. This door-to-door mobilisation or engagement is often more efficient than the traditional way of appointing representatives to speak on behalf of a community.

The so called “social basis” consists of two parts: the general facilities of a neighbourhood, and the networks among people, also known as “Citizens Joined Forces”. The general facilities (like employment, education, culture, sports, housing, etc.) can be used by every resident to become more self-reliant. It is the role of the municipality to facilitate strengthening of these basic services and to make sure they are accessible to everyone. Within the CHANGE! network the focus of Eindhoven is on the second part of the social basis, the “Citizens Joined Forces”; the networks among people. For example, the relationships people have with their family, with their neighbours and other residents. The idea is that where people meet, initiatives arise from a shared interest and passion, and residents are willing to help each other with questions and problems. For instance, residents can volunteer in sports clubs, associations and unions, become a voluntary caretaker, take part in their children’s school programs, do something for the church, take their neighbours to the hospital, cook for an ill friend, look after each other’s children, etc. Or how Roseliek van Geel (thematic expert of the city of Eindhoven) expressed: “social basis is the well-known, but often forgotten, old, normal, common life.” 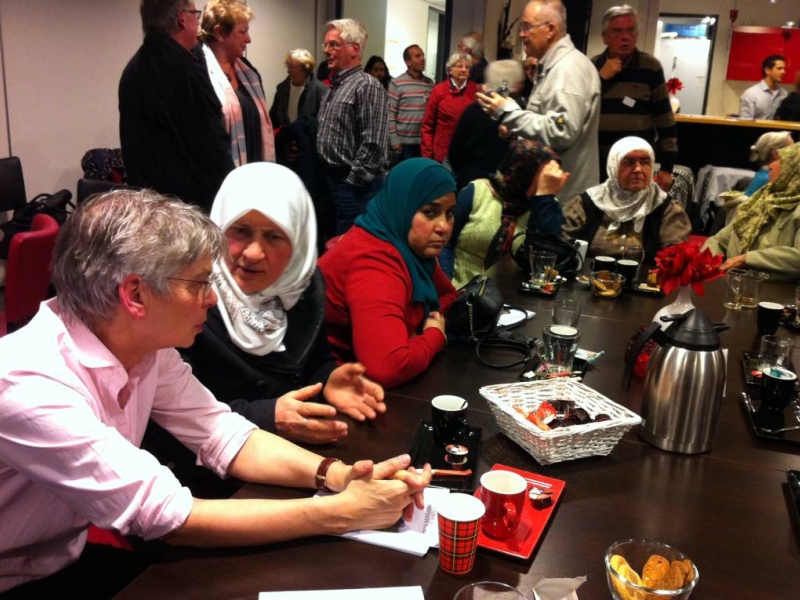 By stimulating people to think for themselves, take their own responsibility and be active within the social basis, the generalists work based on the same key principles as Community Organisers do in the UK, well, according to the “Our Place guide to Community Organising” (Our Place Programme, Locality, 2015): “Community organising is the work of building relationships in communities to activate people and create social and political change through collective action. A community organiser starts by building one-to-one relationships with people, builds a network or membership organisation which selects priorities and targets for action, nurtures leaders in the community and activates the members of the network to take collective action to create social change”.

When problems cannot be solved within the social basis, the generalist will provide custom made support for the client by linking her/him to a specialist. The idea, however, is that, if the system is well managed a larger number of people are able to utilize their own strengths and networks, becoming more self-reliant, and less depending on specialized support. Like Roseliek van Geel mentioned: “WeEindhoven is not only a programme, but it is a movement aiming to have an impact on the whole society”.

In 2015 around 350 generalists worked in the 10 WeTeams. 2016 is the year for fine-tuning the programme based on the feedbacks from constant evaluations. So far, 90% (!) of the evaluations were positive. During 2016 the programme will be implemented in its final version and management will be transferred to a foundation outside the municipality. Generally, it shows a new way of collaboration in service delivery. However, since the roles of all stakeholders changed, conflicts also occurred during the process. On one hand, a special point of attention is the overlap between the work of WeTeams and NGOs working in the field, and on the other hand, the lack of communication and cooperation between these two. Steps definitely need to be taken in this field. But, as Roseliek van Geel summarises: “You need to take steps during the whole process. They might sometimes seem too small and lacking a direct effect, making it is necessary to look further, at the great vision behind them”.

This summary is fully in line with the recommendations of the URBACT Programme regarding opening up governance and public services (Social innovation in cities, 2015): “The city administration is showing a form of pragmatic modesty. It prefers to start by picking the low-hanging fruit. Then it builds on its initial successes to try more difficult steps but always keeps the level of ambition high. It recognises that it faces difficulties, delay and mistakes but still aims to achieve the best results. The public administration doesn’t feel weaker because it acknowledges its problems. On the contrary, its ambition seems empowered and at the same time realistic. A fresh feeling of liberation from the mistakes of the past seems to encourage civil servants to go forward”.

Eindhoven’s Integrated Action Plan to be elaborated within the CHANGE! network will focus on strengthening the social basis. To quote Jacolien Aleman: “By strengthening the social basis people will be able to utilize their own strengths and networks more, making them more self-reliant. The idea is to strengthen the social basis in a way, which results in an inclusive society where everyone can live, work, and relax”. Therefore, the main question to be answered within the CHANGE! Network is how to share the service provision with citizens and how to empower local people to do that? How to incentivise and reward different types of behaviour? How human relations can be integrated to the way in which public services are designed and delivered? What might ‘letting go responsibly’ mean in practice? How formal and informal social action can be supported in a systematised and efficient way?

These are very important questions, and the first, promising results of the experimental programme can be useful for the whole European community. But let’s not forget that the fact that the complex WeEindhoven programme is an advanced model in European terms. So another important question is the extent to which other European cities can replicate it – or aspects of it. These key questions will be at the forefront of our work in the CHANGE! network in the coming months, as we look to share these important innovative lessons across our varied network of cities. 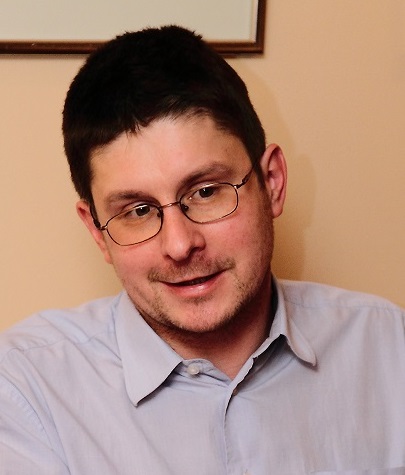