Space4People, challenging the use of public space!

It is not the latest news to tell that our cities are growing. To put it in figures: population forecasts show an increase of population from 72% to 85% in urban areas in 2050. And cities have seen a 50% faster growth in terms of GDP, and saw an increase in jobs of 7%, in comparison to other areas which have stagnated over the last years. Many cities are busied with developing new residential areas, space for businesses or mixed-use districts. Looking in the back-mirror, cities have not just started their growth periods. The facts presented in the future forecasts base themselves on the steady growth history of the past decades.

Nor is it the latest news that traffic in our cities is growing. And this is only the logical consequence of the growth pathways of population, businesses and new building developments – more people and more opportunities result in more traffic needs. The growing traffic figures have been met by supplying enough space to accommodate those traffic needs for over at least five decades. The most prevalent solution followed the most dominant transport mode, which was and still is car traffic.

The consequence of these developments is more space for motorised traffic – for cars. City development dedicated the largest part of public space to accommodate car traffic, through roads and parking facilities alike. The ruling paradigm for traffic planning was to forecast future traffic figures and to prepare for the steady growth of traffic volumes by constructing infrastructure able to meet these growth figures. Consequently, more and more public space was used to cater the needs of motorised transport mainly for cars, which at the same time increased the attractiveness of car use fostering more car traffic. In the end, supply of public space to meet car traffic growth projections and the connected increase of car traffic formed a self-perpetuating process.

The result is that a high share of public space is dedicated to motorised transport. Roads, parking facilities and other traffic infrastructure for motorised means shape the image of our cities. Other use forms of public space such as areas to meet and linger, to take a stroll or to cycle are rather the exception compared to the overall average public space use. Of course, and luckily, some cities are demonstrating how a different public space use can look like, such as in Danish Copenhagen, Spanish Vitoria-Gasteiz or Italian Bolzano. These and further good practise examples give good reason to engage in the reallocation and redesign of public space in our cities. 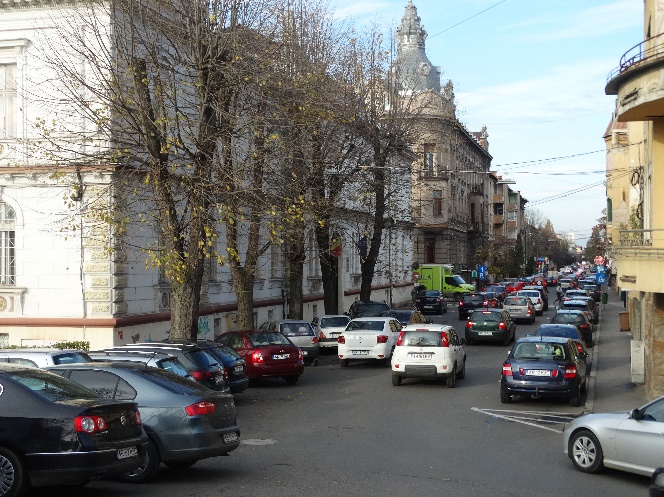 Is the solution easy and at hand? The argumentation of growth of cities and their traffic volumes alongside the knowledge on past and recent public space use might create the image that both, challenges and solutions are known. But in fact, our cities’ realities are much more diverse and complex to apply a one-fits-all solution.
Differences start with the nature of growth by e.g. population groups, need to face the existence of shrinking cities, have to deal with demands on public space from various sectors, like industry, businesses, retailers, tourism, children, seniors, gender aspects, education, sports, leisure activities, greening and more.

The Space4People approach. Our network is approaching the challenge of public space use from the perspective of its largest “user” – transport. We aim to work for a more fair and valuable use of public space for cities and their stakeholders and inhabitants; striving to contribute to the overall goal of more liveable cities – with people at the centre of future developments.

By this, we are challenging the current “inhuman” main use of public space by transport focusing rather on vehicles than on people’s needs. Among the many aspects connected to urban transport, we chose to focus on three areas where we see most potential, due to their effectiveness and the fact that these potentials have been neglected or underused so far. Our focus areas are:

Clearly, our selling point is the efficient use of the scarce resource public space. We aim to create a more liveable transport reality by steering modal choices in favour of active modes and reducing the needed space for transport. This tackles the current use forms like infrastructure supply by shifting its purpose to the actual user needs. Space4People consequently puts the diverse user perspectives and stakeholder views at the centre of work, which is an at least twofold challenge: to accommodate the needs of underrepresented population groups in decision making such as seniors, children and youth of women as well as working with the difference in perception of what people want against others’ - like decision makers’ -  views on this.

Reasons for these two aspects are easy to recognise. To quote Jane Jacobs, “Cities have the capability of providing something for everybody, only because, and only when, they are created by everybody.” Jane Jacobs 1916 – 2016, American Canadian journalist, author and activist. 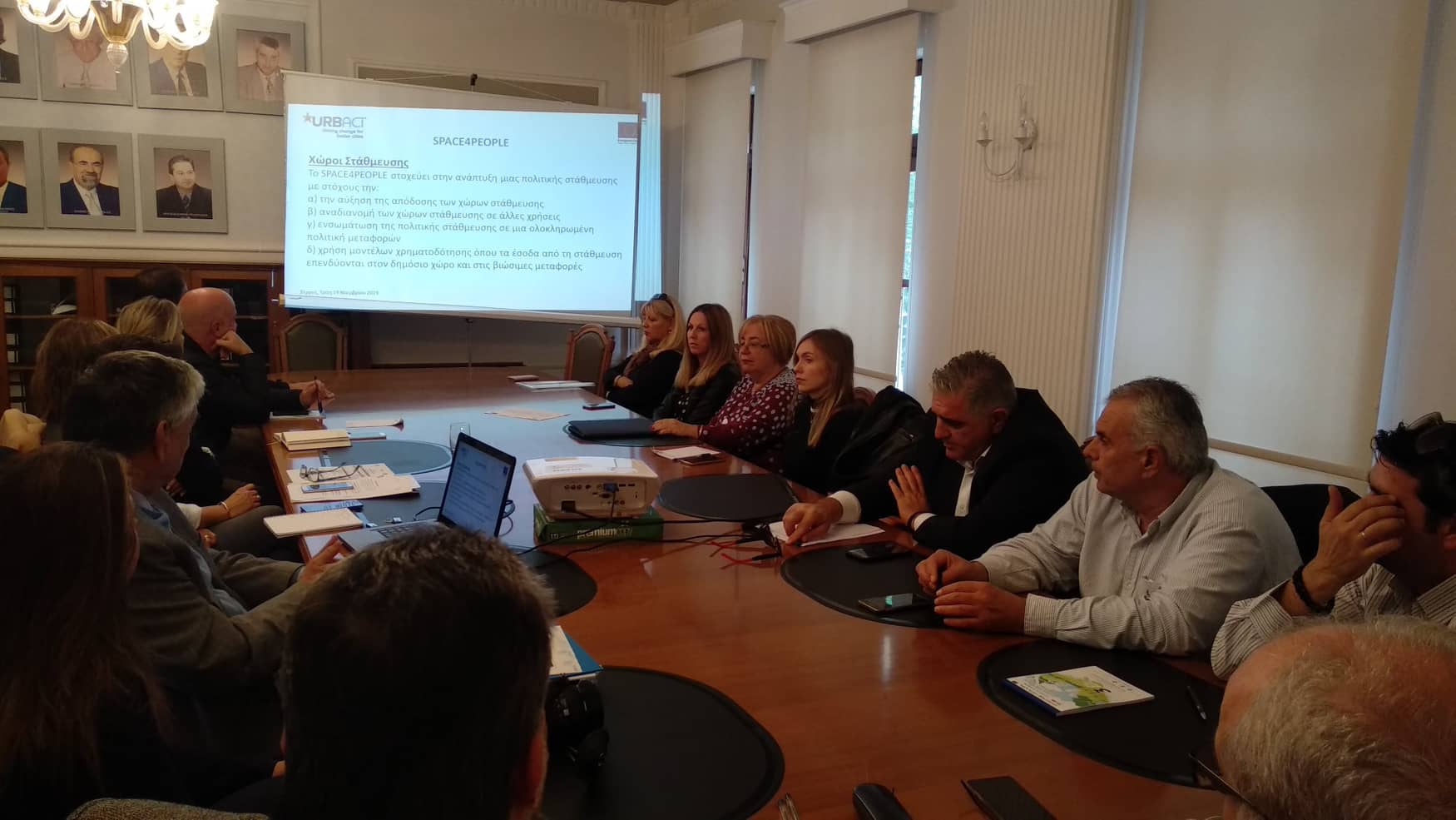 Perception on the other hand can be a trigger for better planning in the case of better understanding of each other, but otherwise as well source for misinterpretation and wrong-guided albeit well-intended actions. The following example from German Leipzig showcases the need to work on perception: taking the opinions of citizens to investing in public transport or car transport, actual opinion and the perception of stakeholders vary greatly (compare illustration below). 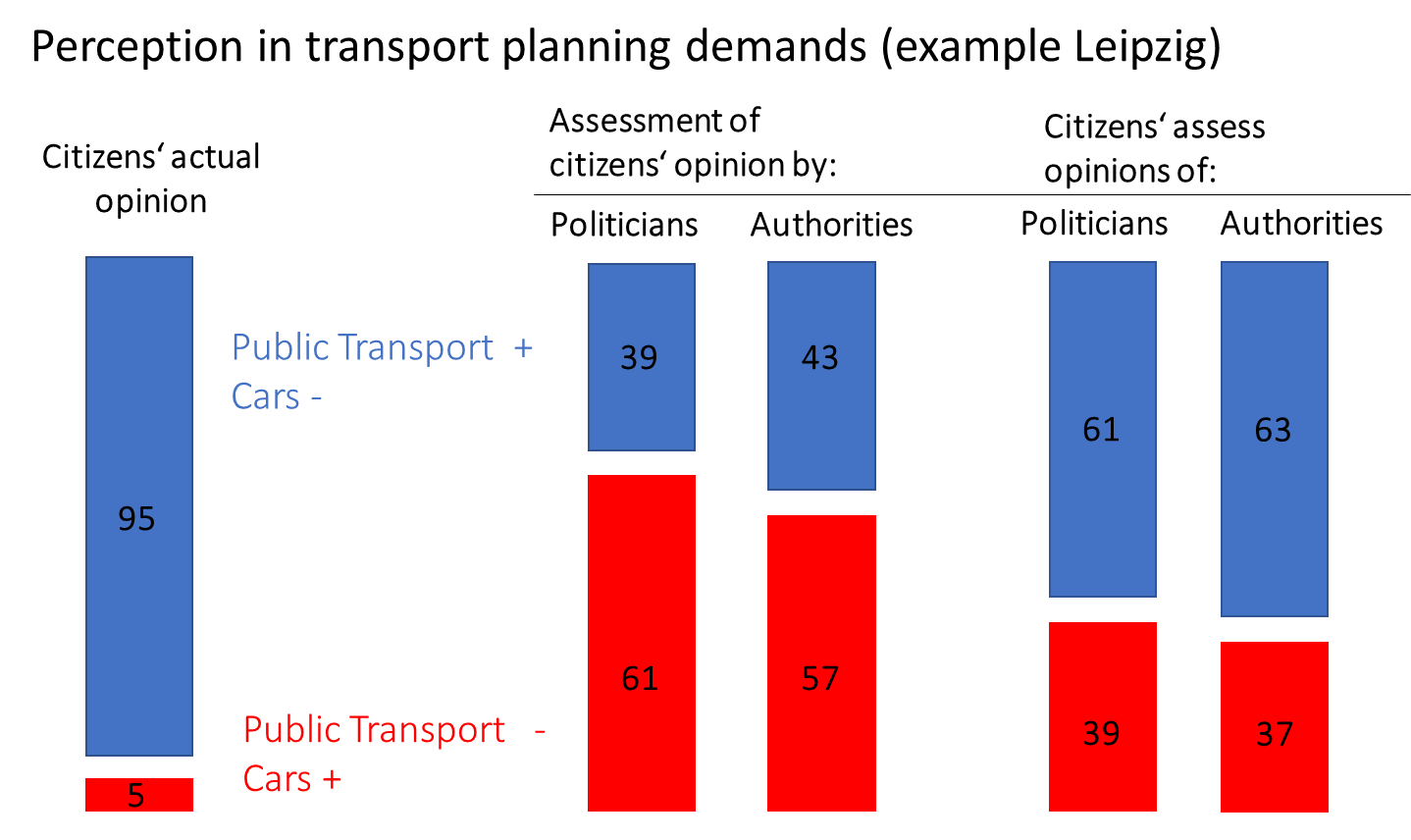 Within Space4People, we work with 10 cities and their different challenges: 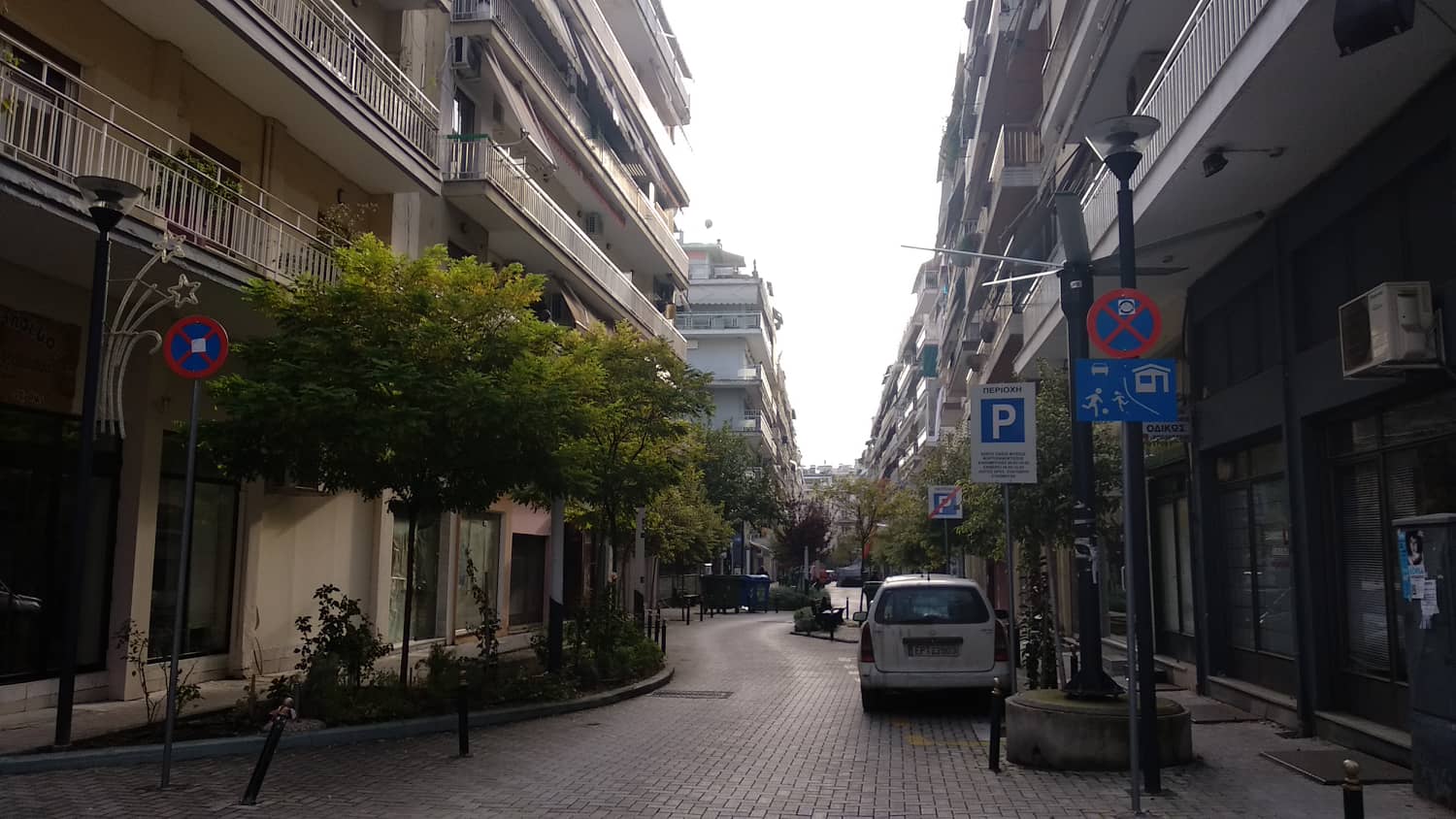 Taken the challenges at hand from there, we aim to provide fitting solutions for each city by exploiting our own knowledge and experiences and investigating what to learn from examples of other cities and how to apply them in our diverse realities. Possible solutions are at hand, such as Arad delivering first ideas on how to solve the parking challenges of Panevėžys in higher density residential areas or Bielefeld demonstrating inclusive design of walking infrastructure that might be of value for Serres. We are excited to dive into the challenge of planning for better public space – a space for people.

Submitted by Claus Kollinger on 03 February 2020

The lost art of play: a healthy solution for small cities in crisis?