Idrija is a partner city in the City Centre Doctor Project, an Action Planning Network in the URBACT Programme, where ten small cities are exploring initiatives to revitalise their city centres. During a study visit of the ten partner cities to Idrija in June 2017, a seminar on ‘small cities as smart cities’ were held using the example of Idrija as the topic for discussion. This article reflects the presentations made during the study visit and aims to demonstrate that small cities in Europe can grasp the opportunities to become smart cities, with equal chance of success as the well-resourced big cities.

A. Background and introduction

Even though Idrija is small, with difficult road access, absence of trains and other connections, it has developed into an important global and regional node, with a growing economy. The Municipality of Idrija has a clear vision for the future and is constantly working in a way to achieve its goals namely: to be environmentally-friendly, socially just and high-tech developed. And all of this to be based on its rich industrial and cultural heritage.
Idrija’s success has a reason. It made a successful transition from a mining town to an industrial hub: "For 500 years knowledge has developed in the mine – the mayor Bojan Sever explained - now it is successfully further developed by the companies Kolektor and Hidria. This is an example of successful transformation, especially if we compare the situation with some other environments or mines around the world, where after the closure there are only degraded environment and numerous social problems left behind".

In 2012 Idrija achieved important milestone. Idrija, together with Almadén (Spain) was listed on the UNESCO World Heritage List based on the fact that the two towns were the locations of the world’s most important mercury mines. But Idrija didn’t just make it to UNESCO World Heritage List, it is now also on the List of UNESCO Global Geoparks. And in 2011 Idrija was awarded the title of ‘’Alpine Town of the Year’’ for its commitment to climate protections. Idrija continues to develop projects such as farmers’ markets with local organic produce as well as working on local energy supply concepts involving renewables to cut its CO2 emissions and expanding the cycle paths to help promoting ecotourism.

B. Idrija’s history of innovation and globalisation

Idrija is Slovenia’s oldest mining town and was the second largest mercury mine in the world after the mine in Almadén, Spain. For more than five centuries, the town grew alongside the development and expansion of the mine below it. Today, the buildings and streets in Idrija tell us stories about those developments and of the people who lived and worked in the town over decades and centuries - their attitude towards the environment, culture and education. The knowledge and experience from the past era have helped contemporary industry to arise and progress, for cultural tourism to grow, and for the town to change its external appearance.

The mining history in Idrija starts in 1490 with the discovery of mercury in the local hills along the Idrijca river. By 1580 all mining operations were taken over by the Habsburg Monarchy and later on, the mine was also under Italian, Austrian, French and Yugoslavian rule until 1991 when the Republic of Slovenia took it over. Mercury production continued without interruption from 1508 up to 1977. In the late 1970’s the mine had 830 employees, but there was already a big drop in the price of mercury and mining became economically unsustainable. Because of the dependence of inhabitants on the work provided by the mine, a crisis for the local economy was unavoidable.

In 1977 the Management of the Mine together with the Municipality of Idrija, Banks and the Executive Council of the Socialist Republic of Slovenia decided on a number of important measures to address the crisis. From year 1983 to 1995 there was just a minimal production of mercury which stopped in November 1995.

With knowledge and quick measures Idrija made steps ahead instead of backwards. The impact of the closure of the mine could have been terrifying for miners, their families and the town – but the authorities and key stakeholders worked together and handled it well and made Idrija even better. They took advantage of the crisis to make an important shift for a better future.

The changes in the composition of the local economy with small factories replacing the mine as the new sources for employment was a critical new phase for the development of Idrija. Two of those factories developed into multi-national companies namely Kolektor and Hidria.
They employ more than 1500 inhabitants from Idrija and neighbouring Cerkno and their presence is the main reason that the unemployment rate in this area is below the national level. Before 1977 the mine had more than 1300 employees. As the number of employees in the mine was descending the number of employees in Kolektor and Hidria was growing.

We could say that Idrija successfully transitioned from a mining town to an industrial town in the second half of the twentieth century.

The municipality of Idrija is involved in several EU projects and initiatives on smart mobility and energy efficiency.

One of the most important projects is a three-year joint demonstration project involving the Japanese New Energy and Industrial Technology Development Organisation (NEDO). The project aims to establish a business model to create a market for small- to medium-sized energy distribution companies in verifying and utilizing function that will resolve issues in Slovenia and other EU countries with similar problems by building a EMS (Energy Management System). It will also take advantage of a cost-efficient cloud-based service for the distributing systems of the two electric distribution companies in Slovenia. The municipality of Idrija is a pilot case in this project.

The Municipality is also involved in the Smart-Building, Smart-Grid, Smart-City Project (3Smart) which received funding from Interreg Danube programme. The main objective of the 3Smart Project is to provide a technological and legislative setup for cross-spanning energy management of buildings, grids and major city infrastructures in the Danube region.

In the past it was also a part of consortiums that submitted the SmileAlps Project (using Idrija’s mine water for power generation); the BUDDY Project (using technologies to enable people with sensory and intellectual disabilities to intuitively interact within media rich social community services); and the SEPH Project (development of nanofabricated sensors for reliable measurements of environmental pollutants – e.g. mercury, radon).

D. Vision for the Future

Idrija has a tradition of building and retaining knowledge and innovation as evident in its mercury mining heritage, industrial heritage, historical buildings and its cultural practices and artefacts (nurturing its ‘intangible’ heritage). Idrija is located in an area of beautiful nature. All of these are the reasons for its transition for example from mining to industry and now its new focus on diversification and building a smart city.

Becoming a smart city is not so easy and to be part of a developing platform is not so straightforward. There are many challenges that Idrija face as a testbed ranging from technological to economic, social, jurisdictional and even political.

Idrija is now laying the foundations in the 3Smart project and first results will be visible in next years. With smart projects Idrija is addressing the challenges of key importance and following the newest trends in Europe and worldwide. Municipality of Idrija is getting a lot of attention, also from other Municipalities asking questions and wanting to hear more about learnings.

As a small city without above average resources, Idrija is an excellent example of a small-town success story. With such a diverse history and high paced diversification, Idrija is showing that small cities can scale up their infrastructure and technological systems to a much higher level. 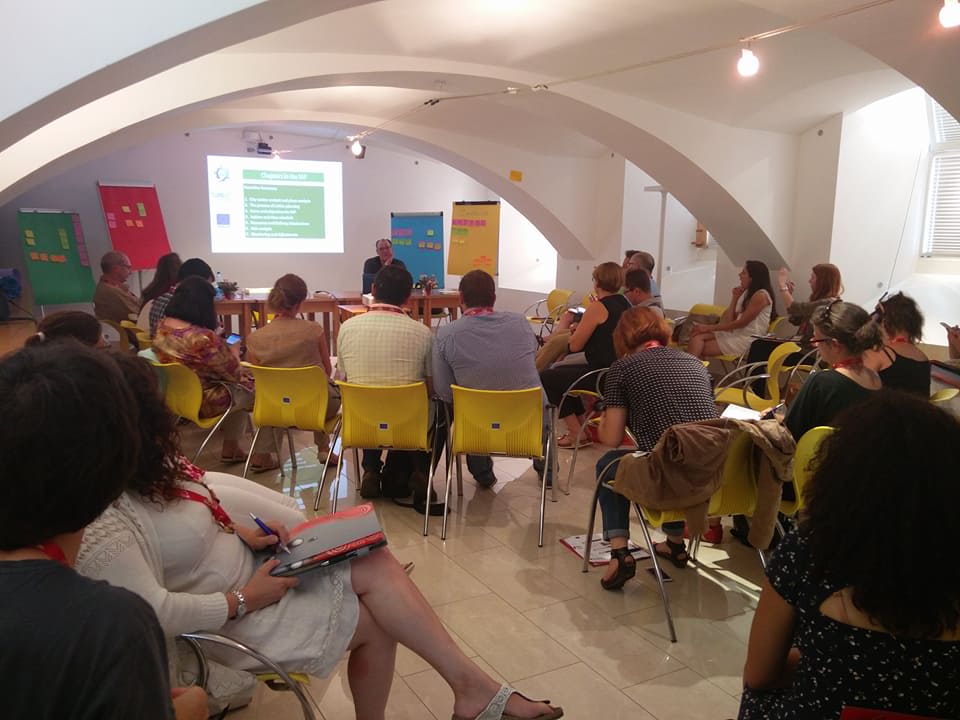 The key for any small city is to have a positive mindset of the citizens and city leaders and their overall readiness to change and advance towards digitalization of all the relevant processes as experienced during these projects. Successful change management and communication is crucial to show people on different levels and positions across various stakeholders that digital changes are in fact needed.

With regular improvements in mind, every city can change their current systems in the direction of digitalization and using smart technologies. Each city will take its own path. There is not a proven recipe that all cities must follow. To find their best route to become smart cities, no matter their size, cities should learn from other cities and should build partnerships with stakeholders at local, national and international level. It is working for Idrija and can work for other small cities too. 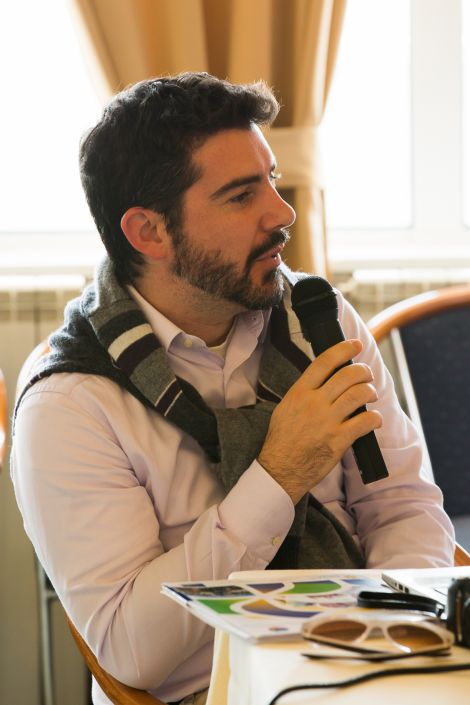 Submitted by Alberto Ferri on 23 January 2018