The main challenge for Gdansk is the execution of inhabitants' rights to the city related to common management of public spaces and local democracy. On one hand, there are a lot of active citizens who get involved in the policy, decision-making processes… but on the other hand, the administrators and citizens are not used to the concept and practice of commoning and co-governance of public spaces. The particular interest seems to impact the common good. The implementation of principles of self-management, cooperation and mutualism, and strengthening individual and collective responsibility makes a big challenge but is also a chance for positive social change.

Gdansk joined Civic eState to learn from already existing and functioning models of pooling urban commons, learning about the factors of success and the conditions that determine the successful co-management of shared places, obtaining support in the proper conduct of participatory processes in decision making and reaching common solutions on a neighbourhood level.

Gdansk administrators first thought to open to the public an abandoned building and allow citizens to manage it. However, when Civic eState actually started, other assets appeared, as the “neighbourhood houses”, which represented a good fit where to transfer this NGO model of governance. During the creation of Civic eState’s transfer plan, Gdansk was influenced by Barcelona’s case study and included them in the process.

Gdansk's interest in “urban commons” started with the URBACT project Boostinno, during which the city discovered an abandoned building that it thought it could adapt as a community public space. Gdansk followed the proposal made by Naples regarding repurposing spaces and it led the city to join Civic eState: having difficulties with allowing people to enter the space Gdansk decided to reorient from focusing on one single point to our purpose public spaces to many points all over the city (the neighbourhood houses).

The “civic use” of empty buildings carved by the City of Naples resolutions implied, on one hand, a temporary use and it represented a starting point for the “renaissance” of such places and, on the other hand, it created a stimulus to start searching for innovative mechanisms for the use of such spaces as a community-managed or a community-managed estate. This legal tool was theorized from the grassroots, claimed by commons activists that revisited the ancient Italian legal institution of “civic uses” forged in rural areas and applied it to the city to institutionalize the collective and informal management of buildings used by local communities to provide cultural and even urban welfare services in neighbourhoods.

In this sense, the City of Gdansk was first thinking to open one of its main assets to the public – Dolna Brama, a historical school building (more recently a private college) with 1,200 square meters of space with a large yard – and allow citizens to manage it, with the development of a legal tool to enable self-governance. But after the start of the project, other assets appeared to be suitable for “commoning”: Gdansk’s neighbourhood houses seemed fitted to transfer this NGO model of governance. 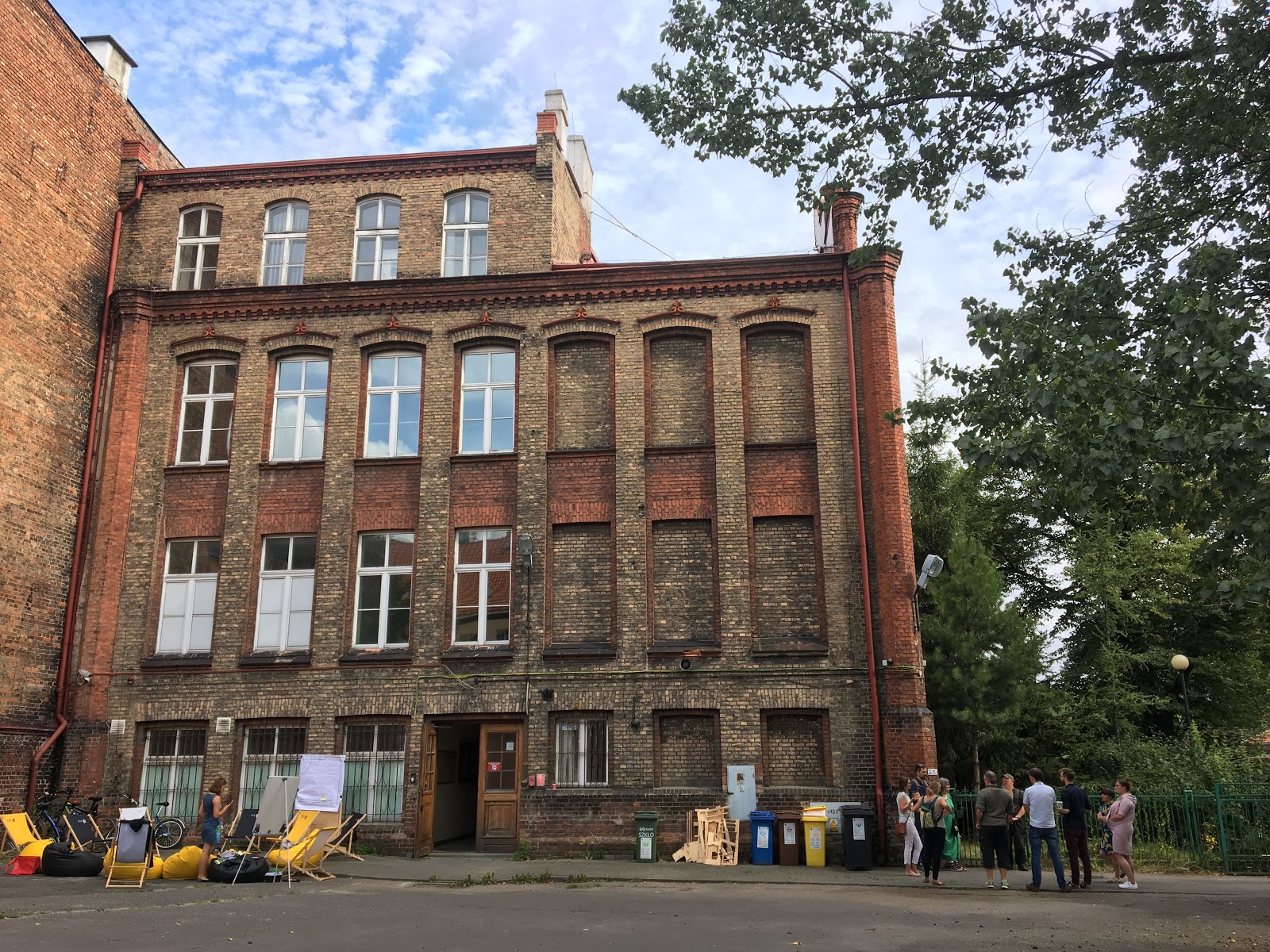 But many regulations are scattered over various policies and documents: on participatory budget, on the legal framework for cooperation with civil society organizations, on citizen assemblies, on urban regeneration plans and advisory bodies. So Gdansk’s main objectives became to create a legal framework for urban commons.

The second level of concern was building a community around the physical space ready for co-management and taking responsibility for the place according to the principle of public-civil partnership. At the same time, there was the need for the renovation of the main assets, the further school building. Eventually, the procedure with the building took long and this is why the focus shifted to the neighbourhood houses. 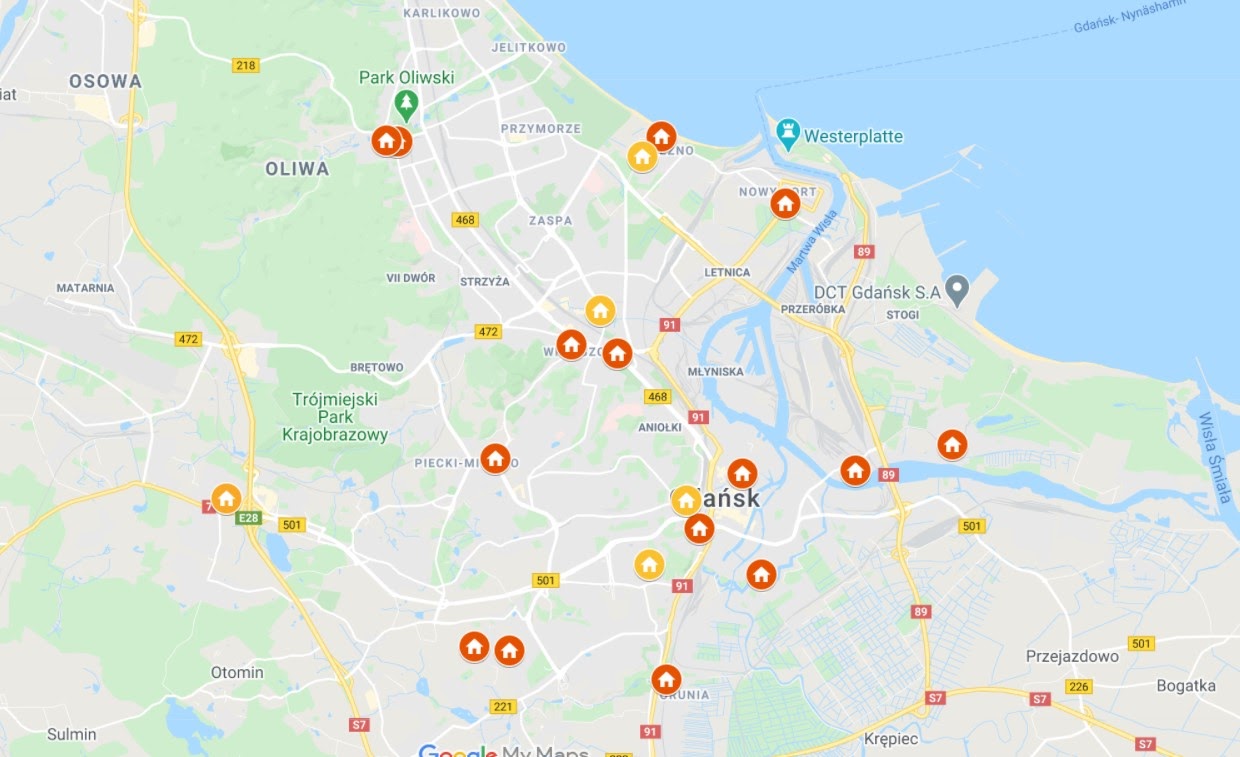 In the beginning, the core ULG members were related to the school building placed in Dolna Brama. Firstly the Gdansk Team asked innovators, NGOs and makers to join the process, but thanks to the meeting with the city of Naples, Civic eState’s Lead Partner, and Ghent, it was clear that a “creative lawyer” was needed to create the foundations for a legal framework.

Gdansk was then deeply influenced by the Barcelona model, as neighbourhood houses also exist in a similar way in the Spanish city. Therefore, a lot of Gdansk’s strategy came from adapting Barcelona’s Community Balance and self-assessment of how they run these neighbourhood houses. It’s not a co-management of entities and individuals, but a place run by a local NGO, so there is one leader and it is their responsibility to involve individuals. Gdansk is now working with Barcelona on how to implement this in Poland and reflect on how much of its project is rooted in these neighbourhood houses and encourage them to involve local communities and attract people to become interested in the aims of the project. 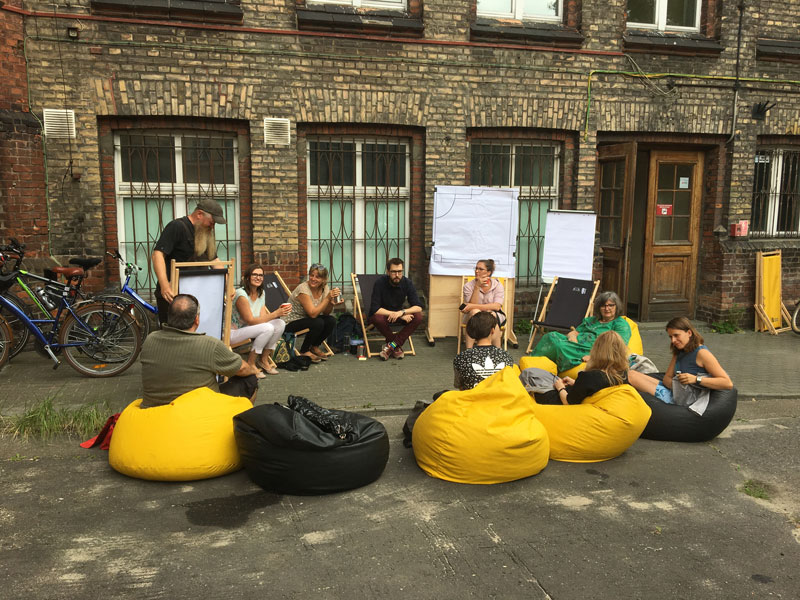 The assassination of Gdansk's mayor Paweł Adamowicz was an enormous difficulty that stopped the whole city for 3-4 months. Unlike his predecessor, the new major was not so interested in the project, so Gdansk URBACT Team had to rethink its process.

The pandemic as well affected deeply the work in progress, since it struck in the middle of legal developments on the first asset, stopping the processes again for 3-4 months.

At first, Gdansk Team had 3 pilots in mind – Dolna Brama as the main asset, the neighbourhood houses, and a third minor public space –. After many stops, the Gdansk Team start working with its creative lawyers to define its “state of play” and understand what it could be done to create a framework for the first asset. It became much more technical, so it became necessary to create even a communication framework and co-create with the leaders of neighbourhood houses a common brand that would homogenize values, goals, approaches.

Beyond these two milestones, there were other challenges Gdansk had to face:

An incubator for commoning

Gdansk does not have a single policy dedicated to commons, but the Local Administrative Working Group has analyzed all activities in this area and collected them into one document. The team plan to combine participatory activities and those dedicated commons in one place – Centrum Dolna Brama Incubator – and a set of tools and tricks.

In the Gdansk case, it will be innovative to combine all the activities in one place, despite the dispersion of these issues in various documents.

Submitted by Gregorio Turolla on 03 June 2021