Innovation is a matter of people

For several years already the need to do more with less resources has impacted the way of working in municipalities, pushing them to explore innovative ways of doing things. At current time, the Covid crisis enhanced the need for innovation to be more creative and to provide new solutions. A new narrative is going on about the way cities can innovate through internal and external networks allowing them to get connected and work together with policy makers and civil servants in order to provide new ideas and solutions for existing challenges.

This is the spirit of the Innovato-R network of cities which is a project of the URBACT program i.e. the European Territorial Cooperation program aiming at fostering sustainable integrated urban development in cities across Europe. Innovato-R is a transfer network, in the sense that one city tests the practice recognized by the program as a good practice and transfer this knowledge to the other cities pertaining to the network.

In particular, the practice that the city of Turin is transferring to the other cities is a very simple and powerful idea: the notion of empowering civil servants to come up with ideas on how to improve internal processes and provide innovative services. 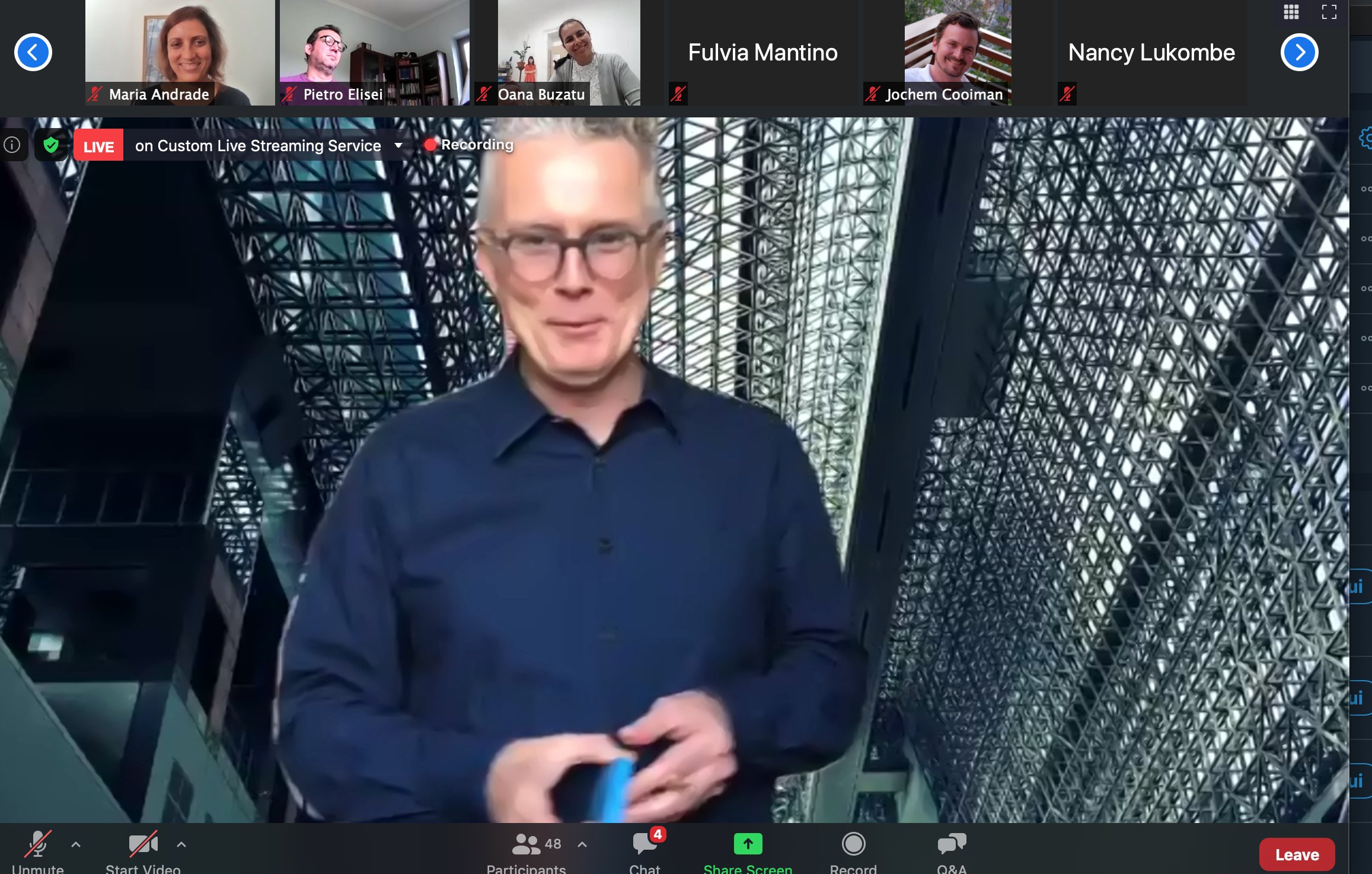 In the case of Torino’s project of empowering civil servants to innovate and come up with new solutions, URBACT network cities shall reach a deep understanding on how this project operates, in order to adapt it to their singular environment and re-use it there. Big emphasis is put on reflection and storytelling of the projects in order to generate a cascade effect of the learning experience in other cities across Europe.

Facing crisis like Covid and climate change, cities have to be resilient and find new resources and inspiration. In this respect part of URBACT role is to equip civil servants helping them to collaborate, innovate and experiment new ideas and approaches by creating an eco-system where cities learn, share and transfer their competencies. Turin’s Innovato-R project perfect represents this idea of networking to transmit the best practice.

According to Nicola Farronato, Staff Council Member Smart City and Innovation, City of Turin, the concept of smart city is not just about technology that “happens behind and beyond the cities”. On the contrary, the concept involves other areas such as circular economy and social impact, which are keys to innovation strategy. Turin as a smart city is trying to evolve towards the future by putting social innovation at the core of its agenda. Involvement of citizens and stakeholders in the innovation process determines a human centered innovation approach. 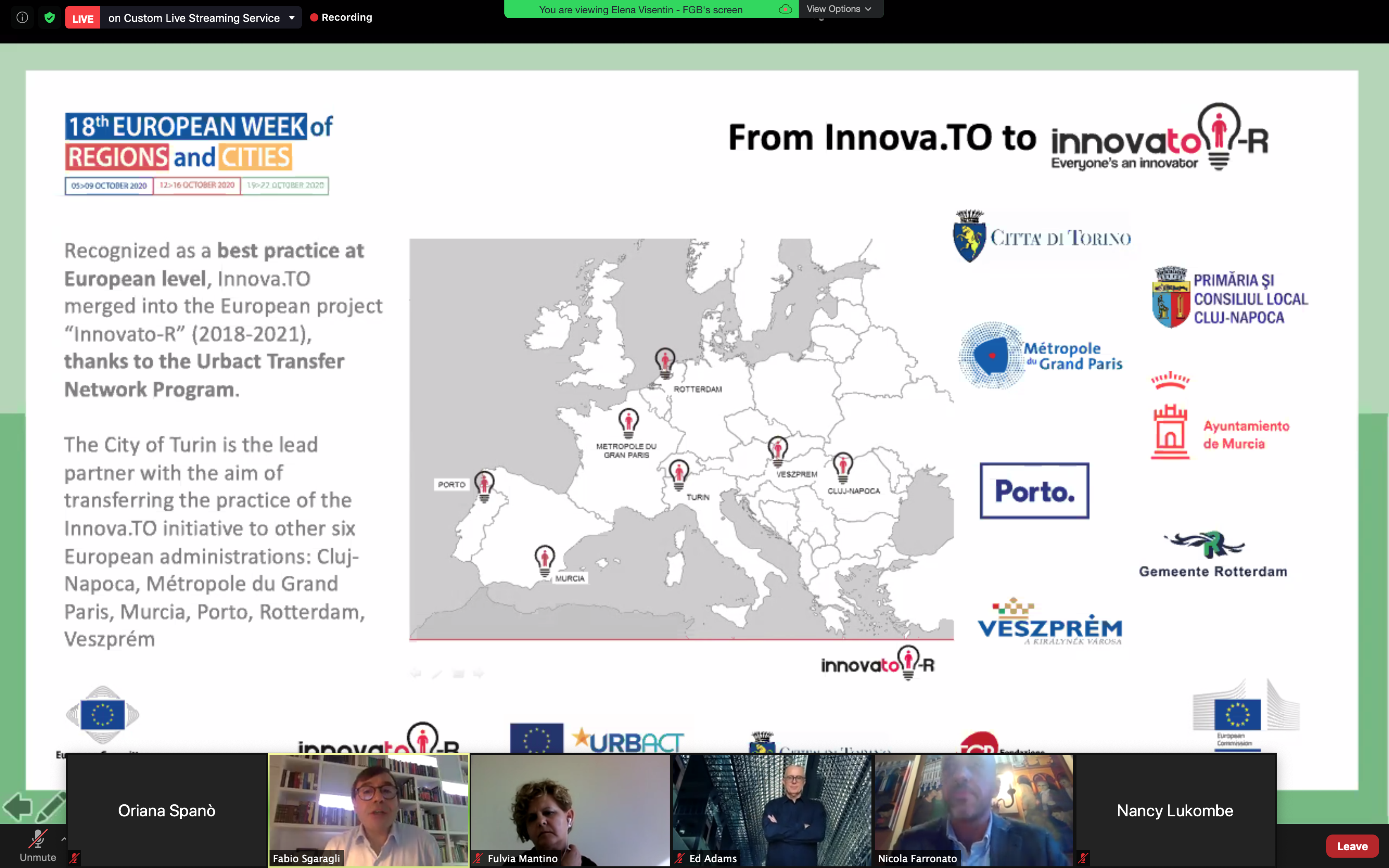 The pilot project of this social innovation approach is Innova.To which is a good representation of the possibility to involve and to leverage talents, motivation, commitment, know-how and skills of the employees of the Turin municipality. In 2014 Innova.To engaged the city’s staff in a  collaborative competition to propose innovation projects that could improve the City Administration performance through the reduction of waste   and the enhancement of resources. Ten projects were selected for implementation out of 71 presented. The high number of proposals represent   a big success for such a new idea in terms of engagement and municipality culture.

The spirit behind Innova.To good practice was to encourage its 10 thousand employees to see themselves as potential innovators. Innova.to has been successful and recognized as a best practice at  European level and therefore merged into the European project Innovato-R and further extended internationally thanks to the framework of  Innovato-R and URBACT. The city of Turin is therefore the lead partner with the aim of transferring the practice of the Innova.To initiative to the other  six European administrations, Cluj Napoca, Métropole du Grand Paris, Murcia, Porto, Rotterdam and Veszprém, which are adapting this practice to their particular situation and they are giving their feedback to the city of Turin to further improve the practice creating a sort of circularity in the innovation process and optimization of the human capital. 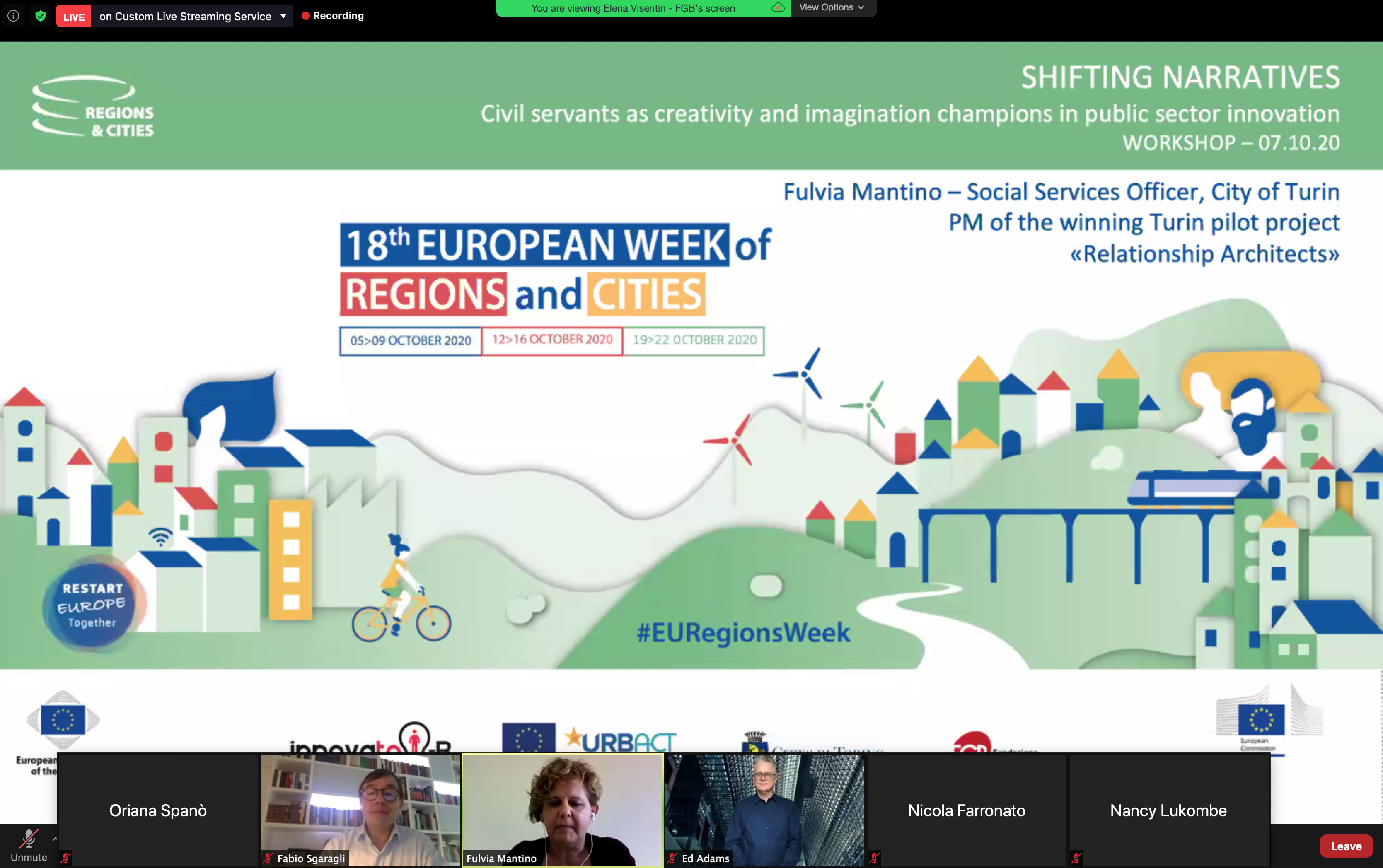 Fulvia Mantino, Social Services Officer - Inclusion Unit, City of Turin, and project leader of the Turin pilot test “Relationship Architects”, runs throughout Innovato-R, shared her experience on this project. Despite the impact of Covid crisis on the running of the pilot test, internal and external stakeholders have been involved in the experimentation carried out in the head quarter and replication processes in similar services have been started. The interest has expanded to a more comprehensive project of new forms of communication in order to involve both workers and citizens. The project “Relationship Architects” has been run in cooperation with experts of Communication and Design of Turin’s Politecnico and it is based on the idea that social inclusion services especially aimed to vulnerable people should be communicated through a communication design approach.

Together with Turin, other 5 cities have taken part to the Innovato-R network, 4 of which have presented their experience in this conference:  Cluj Napoca, Porto, Rotterdam and Veszprém. Two of them, Cluj Napoca and Rotterdam, are focusing on promoting innovation connecting through electronic platforms, whereas Porto and Veszprém have focused on working with the civil servants of their municipality in a more classical approach.

Cluj platform has been piloting innovation and practices of co-creation, while Rotterdam’s platform focused on grasping ideas from the local communities, small and medium enterprises and citizens willing to promote ideas and solutions and enhancing creativity at city scale. Veszprém will be in 2023 the cultural capital of Europe, so its focus has been to enhance cultural activity, while Porto continued working on a transformation that has been realized with the creation of “Porto Digital” which includes the idea of municipality staff creating an innovative environment.

"Shifting Narratives" workshop was so inspiring to see some of the European projects implemented in different cities. And it was close with a common idea of all participants: "Innovation is a matter of people".

Submitted by Valeria Tarallo on 20 October 2020