Let us build the new politics starting from our everyday lives

Back in September, Sager der Samler (translated: Uniting Causes), in collaboration with many other stakeholders, organized the people’s festival Rethink Activism in Aarhus. We put together a program of 250 workshops, conversations, concerts and so forth which were all initiated by citizens and grassroots. The aim was to highlight a new capacity for action which is emerging across society and to raise the profile of everyday activists who are changing the world right there where they are through creativity and cooperative spirit. We set the stage for the experience of concrete local initiatives with an optimistic vision for society – not methods and fine speeches.

The festival took place in the area surrounding the old slaughterhouse and power station at Sydhavnen in Aarhus which was transformed into a city within the city with town hall, school, factory, culture house, day shelter, health house etc. The city spread across an area the size of 10 football fields and as the festival opened on Friday morning the city’s new inhabitants flocked to the place. The interest and curiosity turned out to be enormous, lasting all the way until the end Sunday evening. Despite a very limited advertising budget more than 10.000 people visited the festival that was held over three days.

Amongst those participants were partners involved in the URBACT CHANGE! Network. Led by Eindhoven, Aarhus is an active member of this network which is exploring how we can involve citizens in reshaping urban policy and practice. Each of the network’s cities came to festival with their own ideas and experience of how we can do this.

And if the festival proves one thing it is this: a lot of people are committed to society and to making societal change. As journalist at Politiken Anne Bech-Danielsen commented: “They are young, they are old, and they act: Refugees, unemployed or people who have simply had enough of overconsumption, isolation or not doing anything and there are more of them than just a handful of cheerful civilians.”

A new way to be politically active

The festival program presented several hundred concrete and visionary examples of how we as ordinary people can contribute to finding new solutions.
One example is Annbritt Jørgensen and Steffen Sand who have been social assistance recipients for years and live with psychiatric diagnoses. They stand behind Skraldecaféen (translated: The Dumpster Diving Café) -  which uses food waste from supermarket containers to create new communities and help socially isolated people like themselves.

Or local enthusiast Jeppe Spure Nielsen who is one of the initiators of “Forskøn Hans Broges Gade” (translated: Beautify Hans Broges Street) which at the same time improves an urban environment in a concrete manner and creates a sense of community between the residents in the Frederiksbjerg neighborhood in Aarhus. The street community is thus experimenting with being urban creators instead of just users of the local, public space in which they live.

Yet another example is entrepreneur Metin Aydin who assists a Syrian refugee stuck in the municipal system. The Syrian has a dream of becoming a self-employed hairdresser. Metin helps him through VAT rules and how to set up a Facebook business page. Today Aarhus has a new mobile hairdresser and Metin has created the association Egenvirksomhed.nu (translated Ownbusiness.now) where he, together with other volunteers, helps people on social welfare realize their dream of becoming self-employed.

Everyday politicians with a small “p” 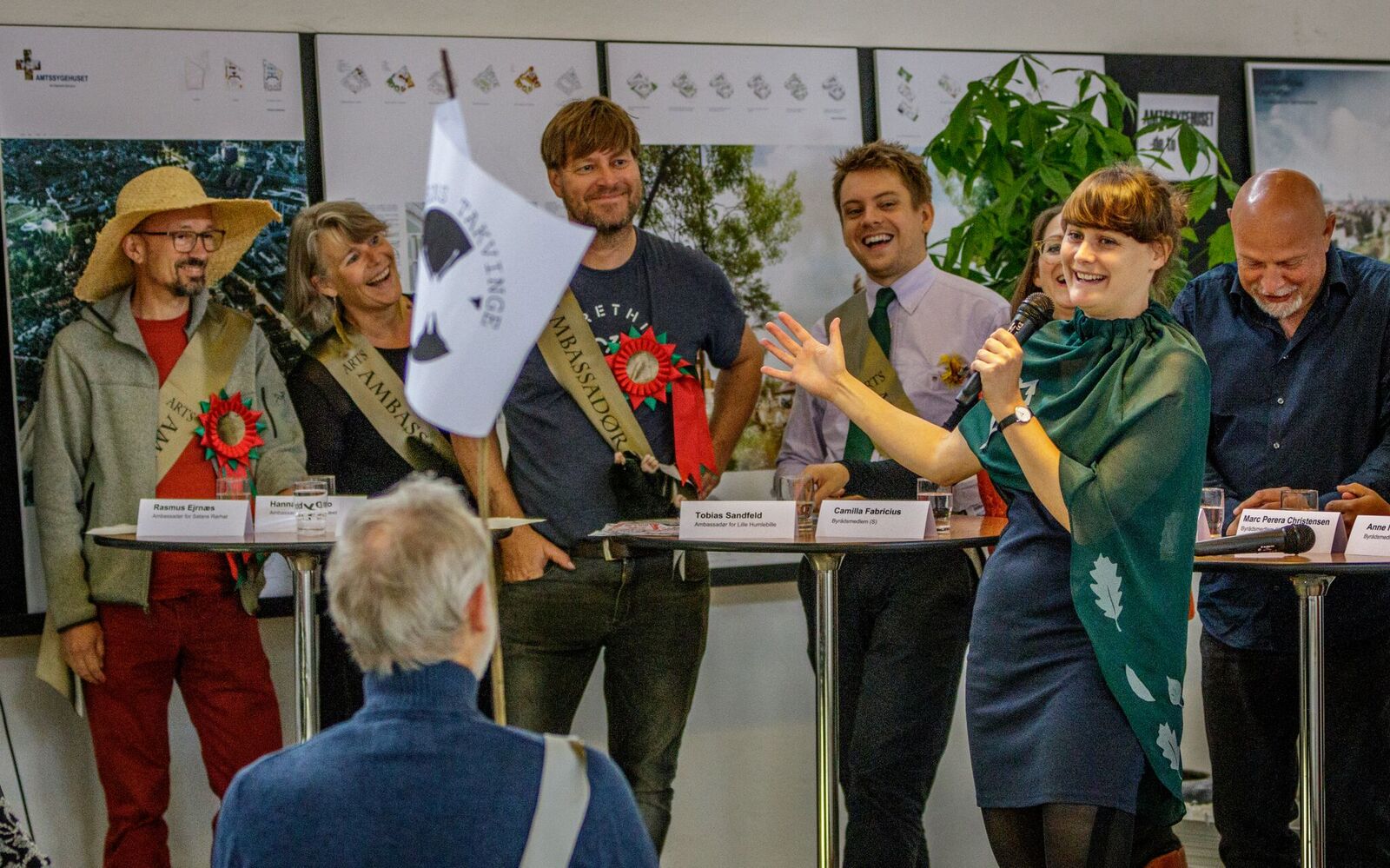 Researchers and opinion formers have also spotted the new movement which was showcased during the festival. Often, they use the term “ad-hoc volunteering” to describe it, but the term is misleading. Instead, we have chosen the word “everyday activism”.

This new vigor is not directly comparable to classic volunteerism. Everyday activism is an expression of a more entrepreneurial approach where we as citizens are neither users nor volunteers. No one is set to do anything. On the contrary, we as citizens break away from our traditional roles and through our initiatives we become political individuals who create platforms for promoting causes and pointing out solutions.

In other words, the movement reflects a new, democratic people’s culture which connects everyday life and politics in a very concrete way. People are no longer waiting for local, national or any other kind of authority to take up the reins. They want to change the world right where they are, and they are fed up with talking. They just go ahead.

Some people question the ability of everyday activists to look beyond their own self-interests. And indeed, you can be very engaged in your own cause, but personal engagement is not necessarily a reflection of narrow self-interests.

The point of departure for Annbritt and Steffen’s dumpster diving café was their own situation but at the same time they moved beyond what was right in front of them and looked further. They are experts in their own lives and they use that special knowledge to show us something which concerns the whole society, and that is how to combine sustainability with solving social problems.

That way Annbritt and Steffen become a kind of everyday politician with a small “p” is because they represent something bigger without being attached to one specific political party.

Active participation is a movement in its own right 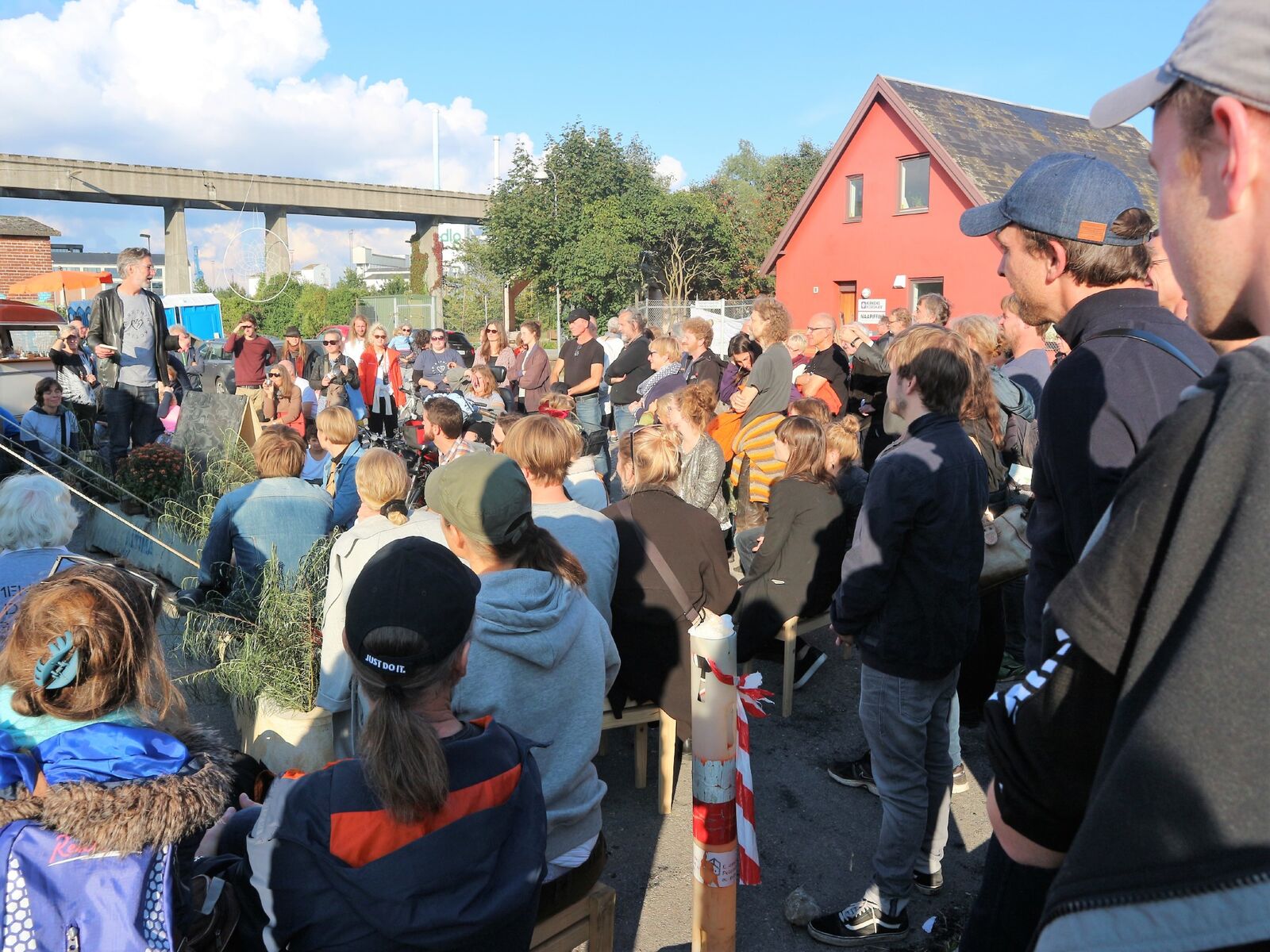 Another misinterpretation of what’s happening comes from the fact that everyday activism and initiatives are being described as temporary. This casts doubt on their durability.

The Dumpster Diving Café is, like many other initiatives, loosely organized and managed by people who have no professional training or fixed budget. On the other hand, there is a strong sense of ownership and the project is the result of years of striving to change difficult life circumstances. It is a higher purpose that makes us want to get up in the morning and therefore the work will go on with or without project funding. There is no volatility here but of course the impact is greater with backup than without.

The special quality of the Dumpster Diving Café and many other initiatives started by citizens is that they, through their example, discover new ways to solve a difficult problem, question prevailing standards and call attention to important but overlooked resources. At the same time, they have taken back control of their lives and experience a renewed faith that they have a part to play in the big community.

That is why we have got to renew the way we talk about “active citizenship” and its original meaning. We have got to move away from a tendency that wants to turn our participation in society into a resource the municipal budget can draw upon, the public administration can administer, researchers can analyze or politicians can use to create a public image. Citizens should be a part of the renewal of our welfare society, but not in a way that consigns them to a narrow role as consumers or spare pairs of hands.

The Rethink Activism People’s Festival created a narrative about active participation as a movement in its own right. Here, everyday activists call into question what politics really is. They say: how can we create a new society? What would it look like? They try themselves to create examples of new solutions and show what today’s dream society would look like. This is a much deeper role than any repackaged concept of volunteering. Instead, it rests upon the shared values that still exist within our communities and draws upon the creativity and social entrepreneurship which characterizes this new generation of everyday activism.

It is high time we talked together 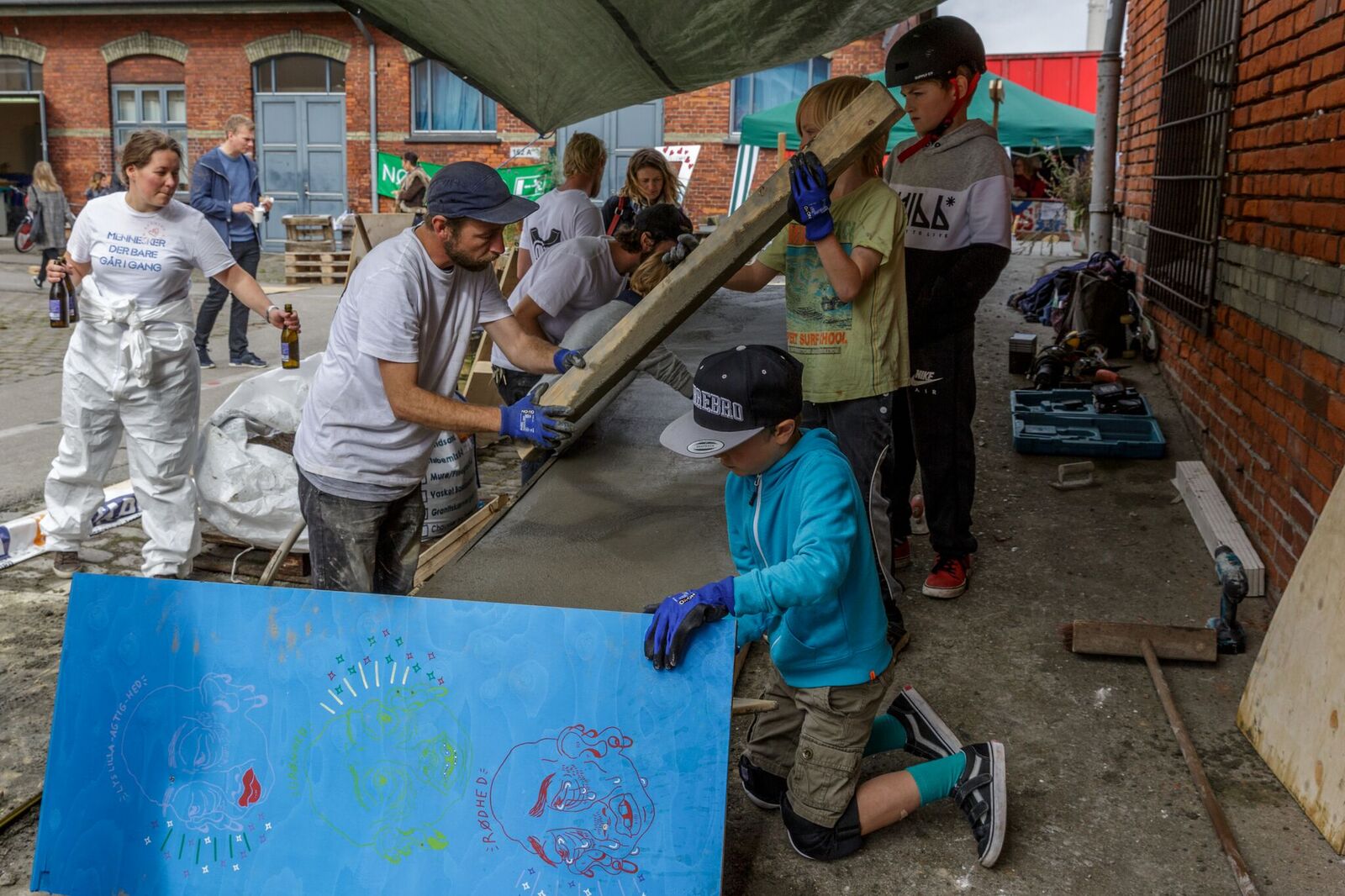 Come by and talk to Annbritt and Steffen about marginalization and get some ideas as to how food sustainability can foster new communities. Come by and talk to Metin about how entrepreneurial competencies can inspire new ways of supporting refugees into jobs. Come by and talk to the many, many everyday activists who are out there and make a difference. And through networks like CHANGE, these conversations are taking place not only in Denmark, but throughout Europe. Change is in the air.

At a time when democracy itself is at risk, it is high time we talked together and reinvented the person-to-person political talk. Democratic disparities can only be reduced through dialogue, collaboration and a desire to reach a common ground through mutual learning - and formative processes. It will not happen through strategic communication which is a one-sided way to make the electorate support a certain policy.

Too often, politicians overestimate themselves and underestimate the inventiveness of their citizens. Therefore, we urge politicians to sharpen their eyes to the political visions which are created in everyday life. The everyday activists want to get into the game, testing new solutions together with the established system – the point of departure being everyday life.

The challenges cities face are well-established – lack of trust, migration, climate change – amongst them. We are deeply convinced that the only way to address them is if everyone becomes part of the solution. The most important foundation for a living democracy is that more people take ownership of the development of society and help create optimistic visions for the future.

Let us take back everyday life as the basis for new politics – this is where we live our lives. 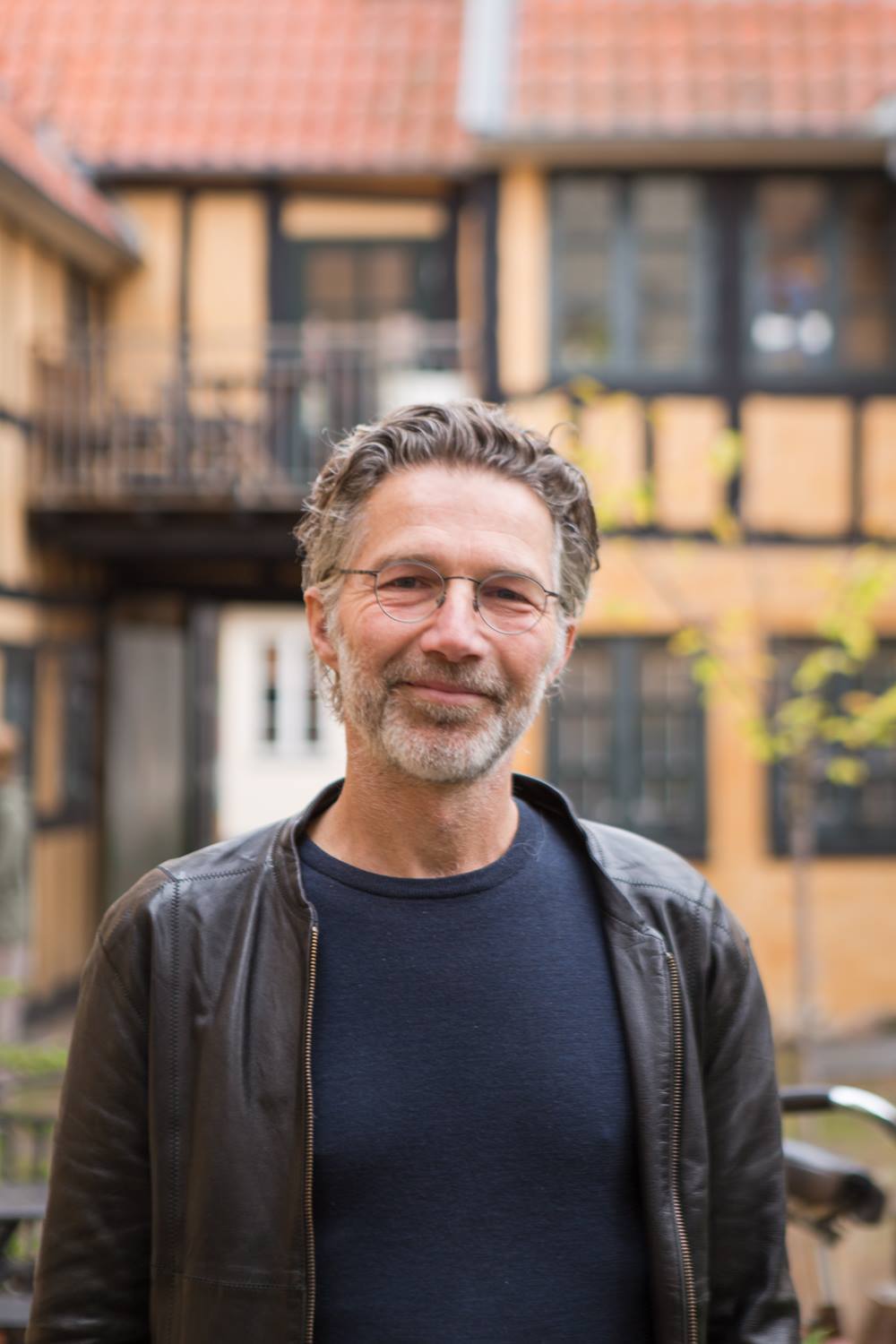