What can we learn about Functional Urban Area governance from Covid-19 responses?

This article explores how responses at different levels of governance during the height of the Covid-19 crisis reinforce the need for territorially integrated approaches to sustainable urban development. First, we get a snapshot of metropolitan area governance in Europe, before zooming in on the example of Barcelona and their recent experiences during the lockdown. Finally, we consider some of the potential longer-term urban development dilemmas facing metropolitan areas and their potential responses.

In the article we use ‘metropolitan areas’ and ‘functional urban areas’ (FUAs) interchangeably, although the former usually refers to urban areas around larger cities.

The pandemic arrived suddenly and, across the EU, decision-making on the most important health, economic and public security issues was centralised at a national level. Local governments were confronted by an unfavourable ‘scissor effect’: while their social and economic challenges increased dramatically, their capacity to act independently and their revenues decreased sharply.

Local governments also had to cope with major coordination challenges in both sectoral and spatial terms. Responses had to avoid negative sectoral externalities – particularly regarding existing environmental, economic and social crises. They also had to reflect the reality that citizens organise their lives across administrative boundaries and that decisions in one municipality affect all of its neighbours.

All these challenges raise the importance of functional urban area (FUA) coordination among municipalities – as recognised in the new Leipzig Charter. So what does metropolitan governance in Europe currently look like?

According to a 2014 OECD survey of 263 metropolitan areas with over 500 thousand inhabitants, more than two-thirds have some type of governance body formally responsible for coordinating policies. In just over half of these cases, governance is based on informal/soft coordination. In comparison, 24% benefit from an inter-municipal authority, 16% have a supra-municipal authority and only 8% are formal ‘metropolitan cities’.

Metropolitan areas in OECD countries can therefore be classified into three, roughly equal, categories: a) strong coordination by inter-municipal, supra-municipal authorities or metropolitan cities; b) weak informal/soft coordination; and c) no coordination at all.

The experience of the Barcelona Metropolitan Area during lockdown

So, what happened during the lockdown in the case of the Barcelona Metropolitan Area (AMB), a well-established model of metropolitan cooperation – as presented during the most recent URBACT City Lab. The AMB covers 36 municipalities with a total of 3.2 million inhabitants. While the population of Barcelona is 1.6 million, the ‘real functional urban area’ is above 4 million people.

Xavier Tiana Casablancas, head of International Relations in the AMB, explained recently – during a “Cities on the frontline” global Resilient Cities Network webinar – that the use of public transport decreased dramatically during the pandemic: during lockdown to below 10% and was still at only around 50% of normal use by the end of July. All in all, AMB has had to deal with a 15-20% budget cut in 2020.

Even if benefitting from a strong metropolitan governance system with a strong agency, AMB was totally unprepared for this crisis. After a few weeks, however, metropolitan cooperation proved to be very useful in all areas of competence of AMB.

The most substantial interventions were taken in mobility. Following many temporary measures, the Metropolitan Council (comprising 90 metropolitan councillors, including the 36 mayors and additional councillors in proportion to the demographic weight of the municipalities) adopted in June a new metropolitan mobility strategy, with four main topics : 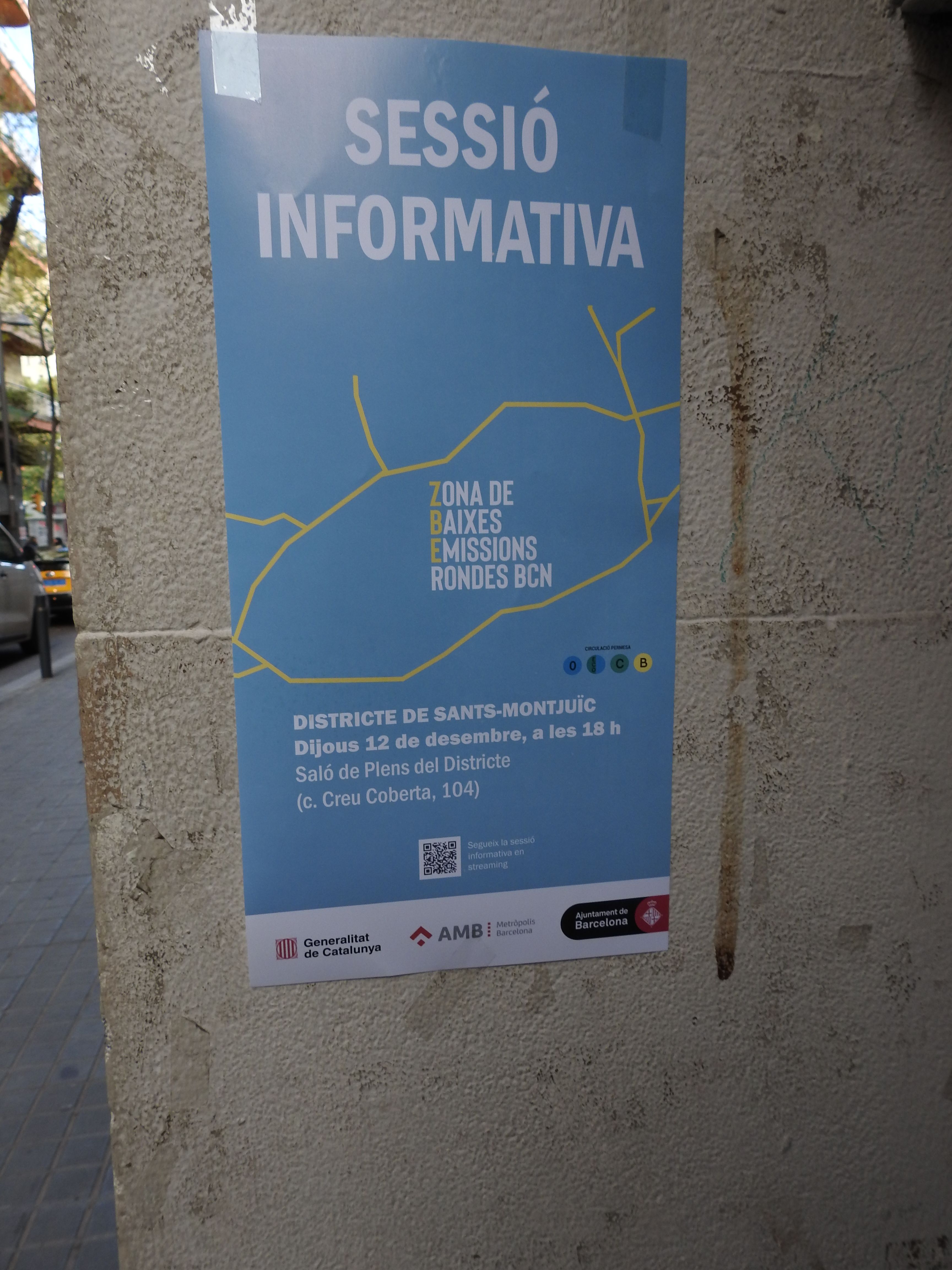 Regarding the Low-Emission Zone of Barcelona, the system became operational on 1 January, but the introduction of fines, which was scheduled for 1 April, was suspended due to the coronavirus pandemic, allowing citizens to drive to medical centres. In July, a decision was taken that fines start on 15 September.

In his conclusions on the Barcelona metropolitan experience, Xavier Tiana Casablancas argued for more metropolitan leadership, especially in health, public security and education, which are not metropolitan responsibilities, but would need more coordination at this level.

It is important to emphasise that the coordinated metropolitan responses did not hamper smaller municipalities within the metropolitan area to develop their own rapid responses. For example, Viladecans reacted very quickly and approved a Covid-19 response plan, flexibly adapting the work they were already doing for a plan towards 2030. This plan concentrated on very local issues, such as education, organising the local market place, online ordering service, training app and communication channels - thus, there was a clear difference in topics compared to the AMB interventions.

Experiences in other types of metropolitan areas

Unfortunately, much less is known about FUAs with weak or no metropolitan coordination, since these areas are also weaker in communicating about such matters. However, some anecdotal evidence can be seen which suggests that existing problems and conflicts among settlements have been sharpened during the lockdown in areas with no metropolitan coordination; for example regarding rules around the use of public spaces.

It was a relatively common occurrence in municipalities around major cities that recreational areas were shut down to prevent the spreading of the virus by city residents coming into their administrative boundaries. Even the coordination of public transport and waste collection could be a problem in the absence of strong metropolitan governance across municipalities. Special problems were inevitable in even well-developed practices of cross-border cooperation which were suddenly forced to stop due to the closing of national borders.

We’d be interested to hear more examples of both positive and challenging experiences of FUA coordination during the lockdown. Share your stories with us by writing to e.thorpe@urbact.eu.

For the moment, the longer-term consequences of the pandemic are not yet clear. There are signs, however, that – besides the economic and social problems – a new wave of suburbanisation might result if people become increasingly interested to move to suburbs, avoiding living in the more densely populated urban areas.

If sub-urbanisation becomes unavoidable, the introduction of efficient metropolitan coordination will be critical. The most important tasks on metropolitan level will include to ensure the new conditions for health protection, to deal with the negative effects on climate change (related to increased mobility, individual heating and spread out economic activities), and to address housing needs (with special regard to affordable and social housing). Furthermore, unmanaged sprawl should be avoided by coordinated metropolitan area planning.

URBACT has explored many examples of how more cooperation can be built up on a metropolitan level – see info box on relevant URBACT II networks below. The latest generation of URBACT APNs (Action Planning Networks) is continuing to explore issues of successful FUA coordination and we look forward to following their results.

For example, AMB Barcelona is leading the RiConnect APN which aims to rethink, transform and integrate mobility infrastructures at metropolitan level in order to reconnect people, neighbourhoods, cities and natural spaces. It includes seven other large EU metropolitan areas, including the case of the largest transport project in Europe.

The URBACT Urb-En Pact APN addresses metropolitan cooperation around the ambitious aim of becoming net zero energy (NZE) territories no later than 2050. This important topic is being explored by nine partner cities and organisations looking to unite all stakeholders of the circular economy in and around the metropolitan area, especially the consumers included in the energy loop.

Experiences of metropolitan areas during the pandemic have clearly shown that, whilst healthcare itself is rarely organised at FUA level, the resilience of urban areas to the recent health crisis was heavily impacted by the strength and effectiveness of metropolitan coordination. Strong metropolitan governance was able to support effective responses in particular regarding the use of public space, and the re-organisation of mobility and other public services.

The importance of FUA governance becomes even more evident when discussing the potential longer-term economic, social and urban consequences of the pandemic. There are already signs of new waves of suburbanisation around large cities. It is of prime importance for the goals of sustainable urban development that the eventual spatial spreading of urban living be effectively managed and coordinated across FUAs to avoid the worst consequences of urban sprawl. In this regard, several URBACT networks have already and will continue to provide very useful information on how such governance arrangements can be supported.

Joining Forces analysed different organisational forms of public functions in FUAs, comparing the more frequent approach of clearly allocated competences between levels, with the approach taken in some member states (e.g. UK) where several agencies have been created to manage different functions, each with their own administrative boundaries. The former is more orderly, but can also be slower to adapt to changing needs.

Nodus worked on the spatial aspects of dealing with deprived neighbourhoods. One of its main messages was on the importance of FUA governance for ensuring the balanced functioning of interventions, avoiding negative spatial externalities of regeneration activities.

UseAct – Urban Sustainable Environmental Actions – focused on the re-use of inner urban areas to protect empty land. Among the central issues was urban growth management in metropolitan areas, discussing the planning and management tools and also the organisational models to support this, such as public-private partnerships (PPPs), quality of interventions, proactive participation and also adaptive re-use.

Lumasec – Land Use Management for Sustainable European Cities – suggested that cities must remain as compact as possible by avoiding sprawl – for which primarily governance tools have to be used based on: mapping structures; identifying the need for land-use tools; involving stakeholders; and developing a strategy. Individual projects can then follow, based on the identification of integrated financial tools.

EnterHub – developed innovative planning tools enhancing urban planning and city policies to reach a sustainable urban and territorial development through the strengthening and widening of the railway systems, in particular by exploiting the economic, cultural and social inducts of railway hubs of regional relevance.

Submitted by ivan.tosics on 17 September 2020