In the post-Covid city, civic engagement is rapidly becoming one of the fundamental functions of proximity that a city or a neighbourhood has to ensure to the residents. NGO Houses are playing a decisive role all over Europe, creating a tangible platform for cooperation between non-governmental organizations and municipalities. How to make these civic hubs visible and accessible to the local population? This question guided a collaborative reflection among the partners of ACTive NGOs at the occasion of the final event of the URBACT Network led by Riga. The event was a useful opportunity not only to showcase how the cities transferred and implemented Riga’s good practice but also to reflect on impactful messages to be delivered to local communities, with the objective of consolidating on the medium and long term the active participation in the activities of the NGO Houses. All the partners applied the main elements of Riga’s experience to existing hubs for civic participation, such as cultural spaces or centres for youth or elderly persons: thanks to the participation to ACTive NGOs, new models of civic engagement were tested, but making these spaces more visible and relevant for the life of the local community is a challenge that all the partners are going to tackle with different strategies in the years to come.

From the implementation of the model to the local outreach

As shown by the Transfer Stories, the implementation of the Riga NGO House’s good practice followed different paths in the partner cities but everywhere the NGO Houses became reference points for civic activism, innovative cultural and creative production, as well as for solidarity and social inclusion. Creating trust among people became the mission for most of these spaces, tangible examples of new models of collaboration between local communities and municipalities.

In a broader sense, NGO Houses can be seen as the perfect example of new cultural centres that European cities need more than ever, as stated also by the strong debate on civic hubs recently relaunched in Europe by the discussion on the New European Bauhaus. The culture of collaboration, the civic engagement seen as a driving force for the inclusive development of the local community: these concepts are at the basis of a wide number of hybrid spaces that are popping up in many European cities, in which NGOs and the Third Sector are the driving forces of integrated strategies of growth involving the whole local ecosystem.

The power of these transformative spaces, able to promote new types of collaboration among different local actors, is visible in their role of “embassies” of sustainable urban development, where the environmental, social and economic dimensions are conjugated with concrete actions having an impact on the everyday life of people.

The active involvement of residents needs to be ensured on the medium and long term to consolidate the role of the NGO Houses and make them a concrete example of the public-private-community partnership model, which works only if the networks of NGOs and social and cultural actors is dynamic and produce results.

How to create a message of innovation with people

The creation of a shared narrative of innovation having NGO Houses at its core is a crucial step.  Similar experiences carried out in other European and global cities show how that the combination of different tools (from civic engagement to innovative communication) is crucial for increasing the visibility of the civic hubs and widen the scope of the opportunities and services co-created with the users. Raising the awareness on the possibilities for working together with the NGOs is not only one of the most interesting results achieved by the ACTive NGOs partners, but needs to be put at the core of a strategy highlighting the hubs for civic engagement as spaces of opportunities and incubators of urban experimentalism in different fields.

The Houses of Neighbourhoods of Turin (IT), the European network of the Urban Labs, the Social Streets and the Neighbourhood Pride programme of Columbus (Ohio) are very different examples offering a combination of activities and tools for civic engagement but they have some major common elements: the capacity of making people feel special, the ability to present civic activism as a multiplier of innovation.

The spaces for civic engagement revamped thanks to the participation to ACTive NGOs are now experiencing common challenges: how to keep the vibe alive after the end of the network activities and how to create a message truly participatory and innovative. The final event showed that a one-fits-all solution doesn’t exist but that all the cities are now empowered to involve local communities in tackling these challenges. Solutions as the creation of online spaces for collaboration, the use of local communication ecosystems for making the hubs for civic engagement recognizable by a wider public, the reinforcement of local, national and European networks to open new opportunities are just some of the elements that emerged by the discussion among the ACTive NGOs partners and by the dialogue with local stakeholders in the final local events.

“A successful city is like a fabulous party, people stay because they are having a great time” said Amanda Burden, former New York's chief city planner, in her famous TED talk on public spaces. The same is happening for the spaces for civic engagement: now it’s the turn of the cities to make them fabulous, for a long time. 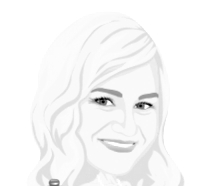