Participatory budgeting is an opportunity of engaging citizens in greenspace design. Our partner cities Poznan and Tartu show you how.

On October 23 - November 20, the Poznań Participatory(Civic) Budget for 2021 (PBO21) will be voted on. Poznanians have been voting in it for seven years, but for the first time part of the budget is dedicated only to green solutions. During the voting, a maximum of two votes may be cast for city-wide projects (including one of them under the Green Budget) and a maximum of two votes for district projects. 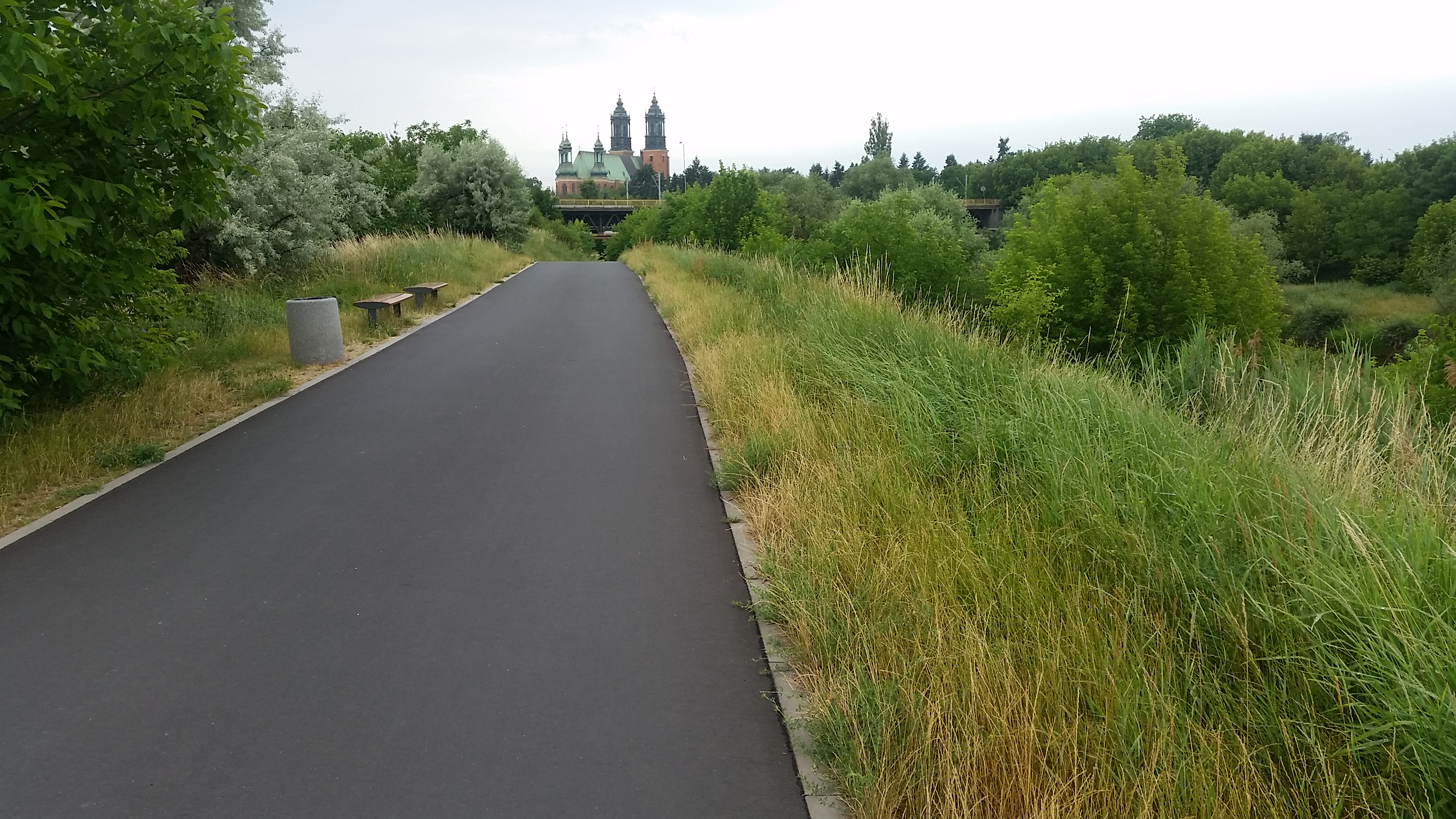 In previous years, thanks to the budget, among others Wartostrada (above) was established and developed (a network of bicycle paths along the Warta River with additional infrastructure), the beaches and areas on three Poznań lakes were revitalized: Rusałka, Strzeszyńskie Lake, and Kierskie Lake, old-generation air-polluting furnaces were replaced and anti-smog control with the use of drones was started. A significant number of green ideas from Poznań residents in previous years resulted in a new arrangement in this year's budget, separating a pool of green projects at the city-wide level.

Since 2013 Tartu has successfully carried out a participative approach in local budgeting. About 1% of the subsequent year’s investment budget (€200 000) is reserved annually for a public vote. All proposals are analysed by a mixed panel of professionals and people behind all the ideas. The shortlist of 20-30 projects is publicly presented and discussed before the voting. Every resident of Tartu, aged 16 and up, is eligible to cast 3 votes either by traditional or electronic means. The two projects gaining most votes are implemented during the forthcoming year.

The process begins with an open call for ideas. Every citizen can propose ideas for investments that could be realized for a common good with appr. €100 000 (two ideas are chosen each year). 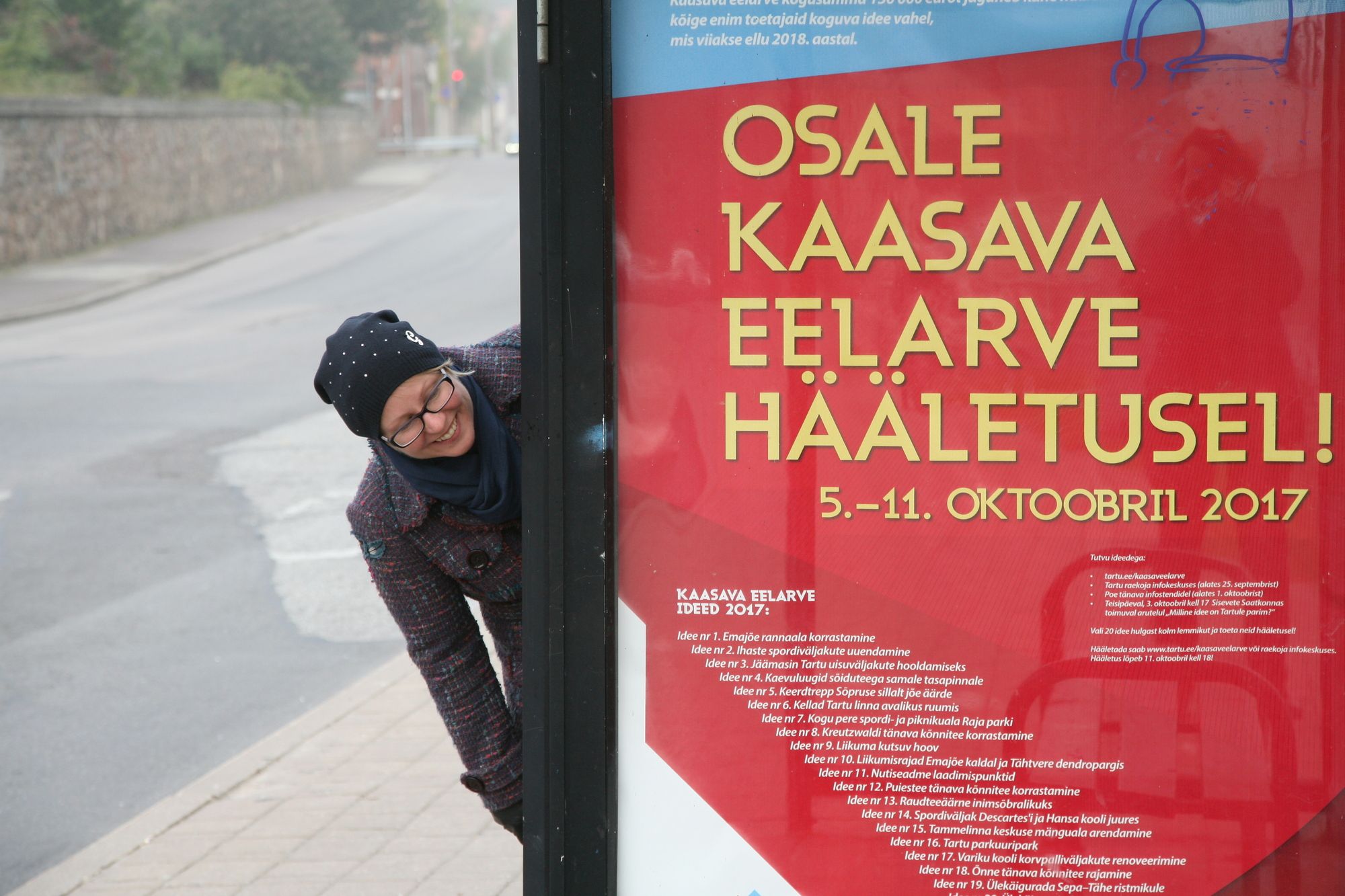 The goal of the participatory budget is to improve cooperation between communities, introduce city residents to the principles behind budget preparation, and building caring neighbourhoods by actually bringing something to life.

After years of experience it is remarkable that it is not the topics that address the sharpest problems that prove to be most successful at the voting. Instead, it is projects that mobilize like-minded people and actively include communities that eventually gain the most votes! This shows that if people really believe in what they do their enthusiasm does not stay unrewarded!

One of the winning ideas was the Movement-Inspiring Courtyard at Mart Reiniku school (see above). The schoolyard used to be a dominantly asphalt-covered ballcourt/parking lot between the two buildings of the school, used as a shortcut for the public. The project transformed the yard into an activity-filled landscape where the environment inspires any kind of play instead of suggesting very certain topics or playtypes. The yard was opened for use in spring 2019 and as it is not gated in any way it serves the school and at the same time inludes anyone passing by. 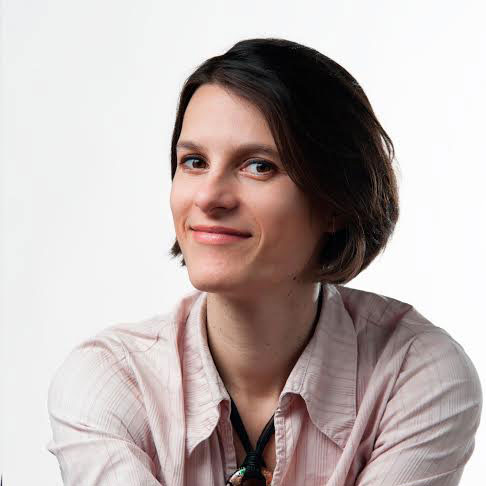 Submitted by Viktoria Soos on 17 November 2020