Play is a serious thing. It is one of the main messages emerged by the Playful Paradigm network, and highlighted by the final event of the URBACT network focused on the role of play for creating better and more inclusive cities.
The lessons learned by the project partners showcased how playful activities contributed to change public spaces, make local communities more inclusive and improve the way local authorities deal with a wide range of challenges, from active inclusion to civic engagement.
The final event of Playful Paradigm showed how the experiences carried out by the project partners, in the framework of the adaptation of the Udine’s good practice, are part of a global movement of cities which are actively promoting games as cross-cutting tools for sustainable urban development.  The comparison between these experiences paves the way to a potential transfer of innovation to be carried out at global level, establishing forward-looking and unexpected collaborations between the cities of Playful Paradigm and other global players.

Block By Block and Minecraft as a participatory tool

UN-Habitat fostered the use of playful tools for involving people in planning cities with the Block by Block Foundation, and in the framework of its collaboration with Mojang Studios, the Swedish developer that created the sandbox videogame Minecraft.
“We found that Minecraft was a very easy tool for people to understand the urban dimension, more than the fancy maps that as architects we were used to play with but people didn’t understand” Christelle Lahoud of the UN-Habitat’s Global Public Space programme says.

The popular videogame was used for engaging people in redesigning spaces by many local communities around the world, with a specific attention to categories usually left out by the co-creation activities. Kids, refugees and asylum seekers, elderly persons and people with disabilities were involved in the planning phase. Unexpected connections were established among groups that normally would not work together on the future of cities and its public spaces.

The process followed similar guidelines in different urban areas of the world, having for each project secured a small amount of money for implementing the measures co-designed by the participants. In the first phase of work information on how to transform the space were collected by the project team. Then, the space is transformed on Minecraft by the participants to the workshops, who worked in small groups to co-create and design ideas on the digital platform. Group presentations were organized to present the ideas co-created by the participants to civic officials and elected representatives. In that phase “people take ownership of the ideas they design, gaining confidence in expressing their vision in public” says Lahoud.

Even keeping the same rules around the world, the results of every workshop were different as the proposals made by the participants. Greenery for reducing pollution, benches and public toilets are some of the ideas proposed while using Minecraft to redesign neighbourhoods. These ideas were delivered to architects and designers in order to be included in the final plans discussed with the local communities before the implementation phase. In some cases local communities were also part of the realization of the actions. In Niger kids were engaged in colouring the place they designed: being part of doing the space they co-created contributed to reinforce their sense of ownership. “Bringing this people in the workshops is important so they understand which is the value of the public space for their city, and they fight for it” adds Lahoud. 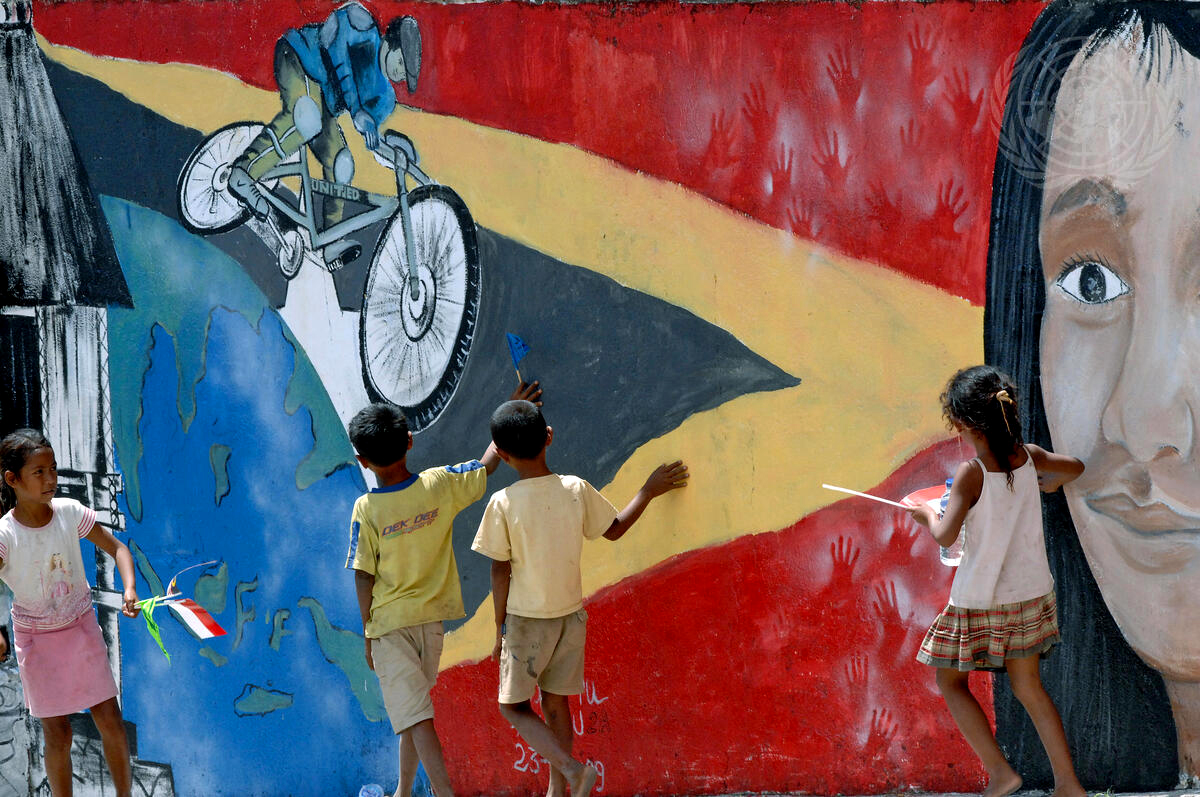 “Play is often underestimated: it is confined to children facilities, but all the cities can offer informal learning opportunity for kids” says Sara Candiracci of ARUP, the engineering company that is one of the members of the Real Play Coalition, involving also subjects as UNICEF, National Geographic , Ikea and Lego Foundation to change the perception of the value of play globally.

Making play more accessible as an essential right for children but able to create benefits to the whole society is the ambition of the coalition, that studied the role of play spaces as community hubs to improve social cohesion. The solutions developed by the coalition in many cities around the world aim at eliminating the barriers to playing posed by the recent urbanisation trends and the growing sense of urban insecurity which are reducing the access to open spaces to kids.
“Designing playful cities is a challenge – says Sara Candiracci - City authorities, as urban planners or housing developers, have a limited understating of how games work and don’t include play in city planning and urban policies”.  Covid-19 has dismantled play ecosystems around the world, with a huge impact on mental and physical well-being of kids, but also of parents and caregivers who can be seen as new frontline workers.

Some projects carried out by the Real Play Coalition can provide useful elements to integrate a playful dimension in post-Covid cities. The adoption by the cities of the Urban Play Framework, an holistic method co-designed with the LEGO Foundation to support play-based interventions in cities, can be useful to create a play-friendly environment and push decision-makers in taking action. The installation of pop-up playgrounds is one of the measures that the Mayor of Istanbul fostered for promoting early child development. In addition to this, the Mayor appointed also a Chief of Play and Recreation to promote the impact of play in different local policies.
In Cape Town the action was focused on shaping play-based solutions in the Khayelitsha township, where a co-creation process involving kids until 12 years old was activated through the use of participatory mapping tools and Lego bricks as well as with the organization of a photographic context.  In Milan the collaboration with the City’s Resilience Office was decisive to identify solutions for regenerating the area of Rogoredo-Santa Lucia, thanks to the ideas emerged by the focus groups with kids and local community. In Auckland the creation of a Play Innovation Lab was decisive to upscale practices and examples coming from all over the world and engage the local community of placemakers to put them into practice in the city.

How to connect Playful Paradigm to the global debate?

The relevance of the work carried out by Playful Paradigm was highlighted by all the international speakers who showcased global experiences  during the final conference. The collaboration with UN-Habitat, Lego Foundation and the other actors of the Urban Play Coalition can be an interesting perspective for all the partners of the URBACT Network but also for the whole partnership to integrate to the good practice of Udine, successfully replicated by all, some elements taken by the different global programs. Some aspects just partially explored in the framework of the transfer journey, such as the role of digital tools or the connection with urban innovation strategies, could be explored and be part of a bi-directional action of exchange in the next years.
Furthermore, some elements of the Udine’s experience, such as the LudoBus or the Ludoteca (Play House), could integrate schemes developed in different areas of the world and consolidate models, such as the one of the pop-up playgrounds, that are emerging as temporary response to the Covid-19 restrictions to foster the use of public spaces for play.
A global commitment towards stronger public policies, from local to metropolitan and regional level, to promote playful activities can be a common element on which institutional collaborations can be activated, in order to help local authorities in Europe and around the world to embed this approach in their local strategies. 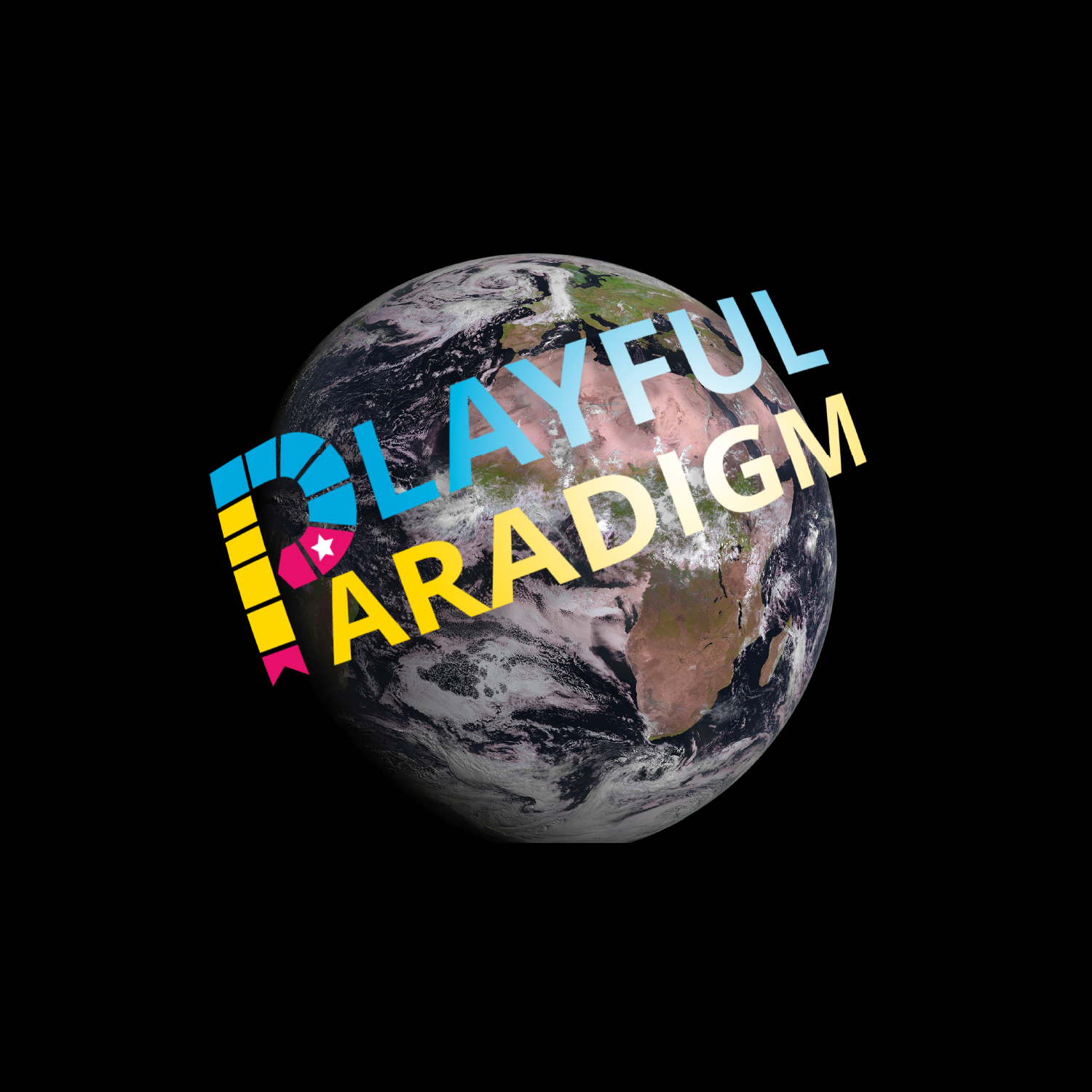 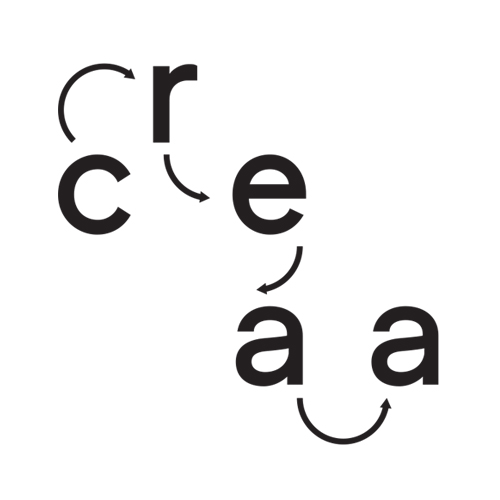