On the occasion of the Transnational Meeting of 25 June, the Union of Bassa Romagna Municipalities presented the first Digital Study Visit focused on the thematic priority "short food supply chains” to the project partners. The study visit involved Campagna Amica, a reference point for Italian agriculture and represented an opportunity to tell a virtuous example of food sustainability in Bassa Romagna to the Food Corridors network.

The expression "food supply chain" refers to the set of actors, companies, businesses and operators involved in the production, logistics and distribution of a food product. Based on the number of steps taken and the distance traveled, food supply chains can be more or less articulated. Globalization has led to the exponential growth of long food supply chains characterized by a high degree of complexity and an ever-increasing number of actors involved. The long distances traveled by food before arriving on our tables are often the cause of flaws in the communication system that should cover the entire supply chain and make it difficult to trace products, reconstruct their history, their origin and their identity. The result is that the final consumer often eats a product he does not know and he does not have enough information in order to make comparisons between the products he buys, except on the basis of price. All these aspects translate into a weakening of the relationship between producer and consumer, an increase in gray areas and levels of uncertainty. In addition, conventional food supply chains are responsible for a significant environmental impact due to greenhouse gas emissions from food transport. The response to the traditional food supply chain is given by short food chains characterized by geographical, informative and relational proximity between the production site and the point of sale and by the absence of intermediaries operating between the production and consumption phases.

An opportunity to enhance local economy

Thanks to the direct sales models on which the short supply chain is based and the reduction of information asymmetry along the value chain, consumers are able to have greater control over the origin of products from farm to table and ,at the same time, to contribute actively to strengthen local food networks. The reduction of distances allows the value of local productions to remain within a small community and not to be dispersed along multiple passages that take place far from the farm.

Campagna Amica: from farm to Europe

Campagna Amica was presented by the Union of Bassa Romagna Municipalities to the Food Corridors network as a virtuous example of food sustainability in Bassa Romagna through a Digital Study Visit. The direct sale from the producer to the consumer, the strengthening of a relationship of mutual trust between the extremities of the supply chain and the increased awareness of the final consumer in terms of food sustainability are the key elements of the study visit that was presented to the project partners in occasion of the Transnational Meeting of 25 June.

Campagna Amica represents the largest direct sales network from producer to consumer, it is a reference point for Italian agriculture and it operates, also in Bassa Romagna, through  local markets, shops, farms, urban gardens, etc. to shorten distances and to enhance typical local products. Specifically, the local markets of Campagna Amica represent an important point of contact between producer and consumer, a meeting place where the final consumer has the opportunity to ask questions about the food he buys directly to the producer as if he were entering a museum and could speak directly with the painter!

Campagna Amica’s mission  is extremely coherent with the themes promoted by URBACT: bringing producers to cities to sell directly to the urban population, playing a fundamental role in reconnecting rural and urban areas.

The Digital Study Visit was filmed at the Campagna Amica local shop in the heart of Lugo managed by Zanoni Società Agricola, a farm based in Fusignano that produces and sells 0 miles products.

Barbara told us that the sale of products always follows seasonality and that one of the strengths of her shop is that she always manages to establish a direct relationship with the consumer who is increasingly attentive and curious about the food he eats.

The study visit continued at Boschetto Vecchio Dairy based in Conselice where the Union of  Bassa Romagna Municipalities was welcomed by Franca Pula who explained the closed-cycle cultivation method adopted by the farm. In fact, everything takes place inside the dairy, from the cultivation of forage, to the breeding of cows, up to the production of cheese that is sold in the Campagna Amica markets only a few hours after the milking.

The consumer therefore always buys a fresh, genuine product with guaranteed origin produced on the same day supporting the local economy. The visit ended in Conselice at La Saracca Società Agricola where Davide Passardi, owner of the company, spoke about the growing demands for transparency of the final consumer who asks more and more questions about the products and cultivation methods adopted.

The study visit was an opportunity to tell the project partners about some of the local initiatives aimed at creating a sustainable food system that can be replicated and transferred to other European contexts and territories. 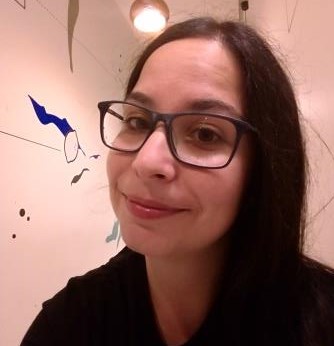