The consequences of the unleashed urbanization process before the real estate crisis are today very explicit on the building stock as well as on the spatial configuration of cities. As for the building stock, the number of vacant dwellings in Spain, for instance, amounts to a total of 3.443.365, as recorded in the 2014 census. Besides that, uncountable extensions of already urbanized but not built neighborhoods are filling the outskirts of our cities.

However, we should also consider planning initiatives that, if not fully coherent and complete, at least configured initial attempts to readdress the urbanization process that occurred in Europe during the first decade of 2000`. A set of planning tools and initiatives were approved during the period, thus seeking to manage urban growth in a more rational way. They may be grouped according to three main strategic approaches: PRESERVATION, CONTAINMENT and IMPROVEMENT. 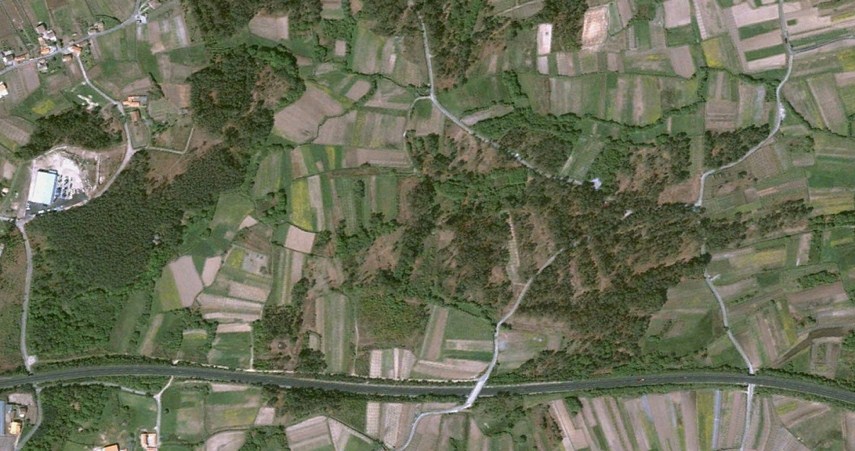 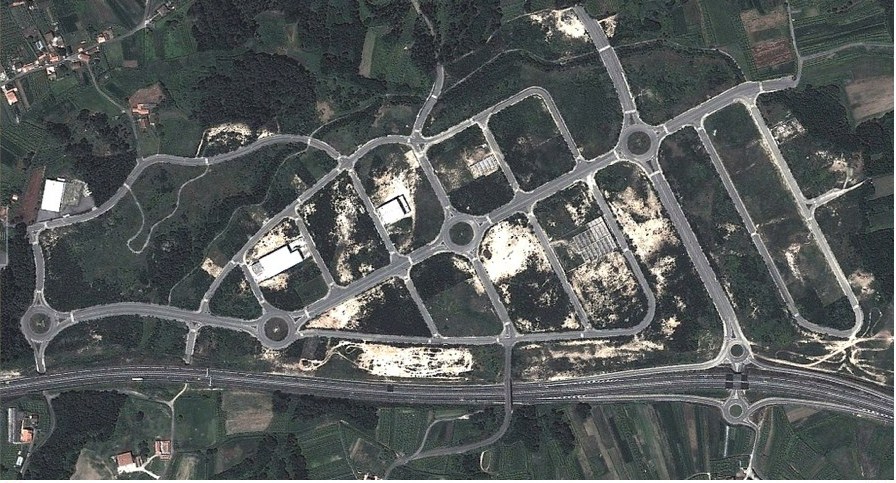 Fig. 1:  A Revolta, Pontevedra. A typical image of the outskirts of a Spanish city before and after the Real State bubble (source: www.nacionrotonda.com)

During the first decade of this century, the awareness of natural landscape values grew among professionals and decision-makers, thus becoming a very relevant topic in the planning agenda in Europe. Many planning authorities drafted several Sectorial and Regional Plans whose main goal was the preservation of natural values and landscape identity of rural land. Those plans widely prevented new urban developments, which were considered as the main threat for rural land. Either by preservation zooning plans or as landscape catalogs, they soon became effective tools for urban growth management (UGM). The latest constitute a complex and holistic approach, since they establish criteria and actions able to integrate landscape into the spatial and urban planning, based on a morphological diagnosis. They identify the values of the rural landscape from the heritage, cultural, aesthetic, environmental and economic point of view.

UGM was tackled from the qualitative point of view by applying the preservation policy (that is to say constraining areas of potential growth and programming the timeline of their implementation). However, the impact of new developments needs to be assessed in terms of density and critical mass of newly proposed dwelling units. This is precisely the goal of plans and actions seeking containment.

Successful containment plans work on a regional scale, thus determining regulations and actions on the supramunicipal units. Rational distribution of resources and development potentialities are, therefore, relevant issues. These plans set very clear limits for urban developments without defining their specific morphology neither their very precise physical location. Regional plans often dictate the potential growth for masterplans at municipal level. They usually need to assess the needs of housing in a mid-term horizon (10-15 years) according to the demographic prognosis. Furthermore Masterplans, in southern European tradition, opt for morphological patterns in urban extensions. They have the capacity to readdress the spatial impact of future urban extensions.

The regeneration of existing compact and dense urban environments has a direct impact in diminishing the flow of population from mature urban areas to newly developed extensions on the outskirts of the city. Not only the physical conditions of the dwelling unit but also the quality of public spaces, the sufficient provision of facilities and the mixed offer of non-residential activities are proved to be key factors in attracting residents to central urban cores. Based on that assumption urban regeneration is usually committed in improving the basic infrastructure and services, public space and collective facilities.

The recent experience constitutes a paradigmatic example of the urban & regional planning dynamics in relation with the economic cycles. The plans and urban policies facing UGM have the common goal of addressing the pressure that the real state market had on the physical spatiality of cities. The planning apparatus is unfortunately seen too often as a mean to validate autonomous urbanization processes once they are consummated. However, some interesting conclusions can be learned from more recent and innovative planning initiatives.

UGM needs to be tackled from different approaches. Preservation of rural landscape, containment of new developments or improvement on the existing urban fabrics are appropriated UGM strategies but not powerful enough when applied separately. An integrative UGM policy considering the three strategies simultaneously might be the most efficient and rational approach.

UGM must be a long-term will. However this long-run vision should prove to be efficient in giving short-run solutions when required by urban dynamics. Distinguishing between urban policies and planning tools overcome the apparent paradox between long and short term planning. On the one hand, urban policies should have the largest possible scope, thus capitalizing on durable, regional and long-term urban policies. Planning Tools, on the other, should constitute the means of urban policies implementation, flexible and closely attached to specific problems.

As seen we face simultaneously the regional and the local, the general and the specifics, the long term and the short run. In this context, URBACT USEACTnetwork seems the ideal framework where to come up with some answers to future challenges. URBACT, being the most prominent urban program in Europe, is capable to feed the European planning framework with criteria for long-term urban policies. USEACT, on the other hand, is currently sharing and exploring different planning tools that, at the local scale, will deal with the specifics of Urban Growth Management in several and diverse local contexts. The challenge of dealing with both approaches is ahead of us. The solution is, hopefully, at our hands. Let’s work! 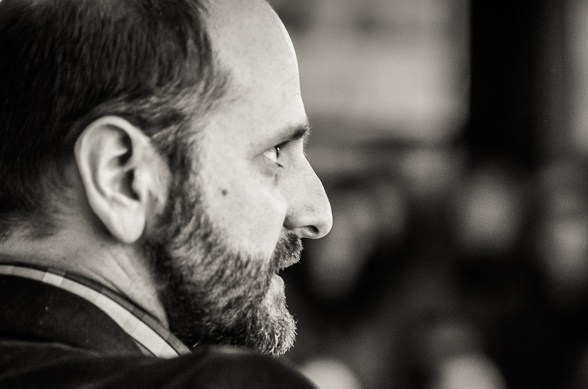