Ravenna (IT) is one of the major urban centres of the Emilia Romagna region, on the Adriatic coast. Amélie Cousin looks at the City Docks’ urban redevelopment project aiming to transform the former harbour and industrial area into a homogeneous and compact urban district due to become a culturally vibrant knowledge centre, giving the new future economy a boost.

The requalification of the Darsena district is based on the idea of establishing a single territorial system, from the city to the sea, enhancing the role of Ravenna as a 'gateway to the sea', recovering 136 hectares of industrial area that were largely abandoned.

From 2000 to 2015, this City Docks district was at the heart of an integrated urban strategy designed through a participatory process (The Darsena I wish) and leading to the Darsena City Operative Plan (POC Darsena). Today, Ravenna wants to move from this operational plan to an Urban Regeneration process (URP) fostered by digital innovation. This initial idea will soon see the first concrete realisations thanks to Ravenna’s involvement in 2 of the leading European Programmes on sustainable urban development: URBACT and Urban Innovative Actions (UIA). It started with the CREATIVE SPIRITS URBACT network focusing on the integrated urban strategy’s delivery and lasts now with the DARE project under Urban Innovative Actions.

From 2016 to 2019, Ravenna and eight other cities collaborated in the CREATIVE SPIRITS Implementation network to improve the implementation of their existing integrated urban strategies and their action plans via new approaches linked to creative and cultural industries (CCI) – creative places, people, and businesses.

With the Creative Spirits network, the city of Ravenna particularly improved its capacity in applying an integrated approach to a regeneration process and in involving the stakeholders in order to strength the ‘community link’. Still today, the URBACT Local Group (ULG) remains as a working group to further develop the action plan in the Darsena. Beyond this, the idea of the integrated approach applied to a regeneration process was spread within Ravenna’s municipality, in order to be incorporated in the decision-makers practices, both at political and technical level. 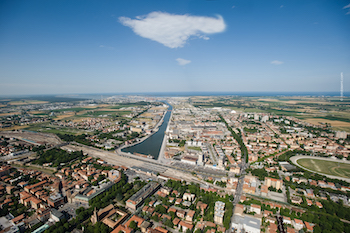 Better engaging the stakeholders with URBACT methods and tools

Also, with the CREATIVE SPIRITS network, Ravenna’s stakeholders acquire new understanding and approach towards the regeneration process. Collaborations and exchange among stakeholders are more intense. Stakeholders’ perception of the municipality engagement for the Darsena action planning has also changed. Nowadays, they have a clearer picture of the complexity and of the variety of actions undertaken by the municipality.

The understanding of each one’s role for the action planning and implementation enhanced a lot with the URBACT network. Some stakeholders that would not be involved in such action plan have been active and engaged. Ravenna and stakeholders’ efforts as well as the events organised in Darsena also contributed to a new image of the district among citizens and visitors. Such success strongly motivated the working group to pursue the effort for a creative revitalisation of the area, by notably being involved in the INTERREG Europe WaVE project in which the city of Ravenna will work with the stakeholders to develop an action plan for the Darsena district’s attractiveness.

Designing and implementing an innovative project: from URBACT to UIA

The integrated approach and stakeholders’ involvement applied are the two main elements that Ravenna positively experienced from the URBACT network and that were key for the preparation of the project. Indeed, the skills, methods and tools learnt and applied during the CREATIVE SPIRITS network helped Ravenna to successfully set up an Urban Innovative Actions bid.

First, the development of specific skills for the stakeholders involved in the URBACT Local Group, e.g. in defining and writing project ideas, and in communicating with experts, helped the city answer European, but also national calls. Even more importantly, the ULG methodology brought forward remains as a permanent working group for innovative projects of the Darsena district, such as the Urban Innovative Actions DARE project. 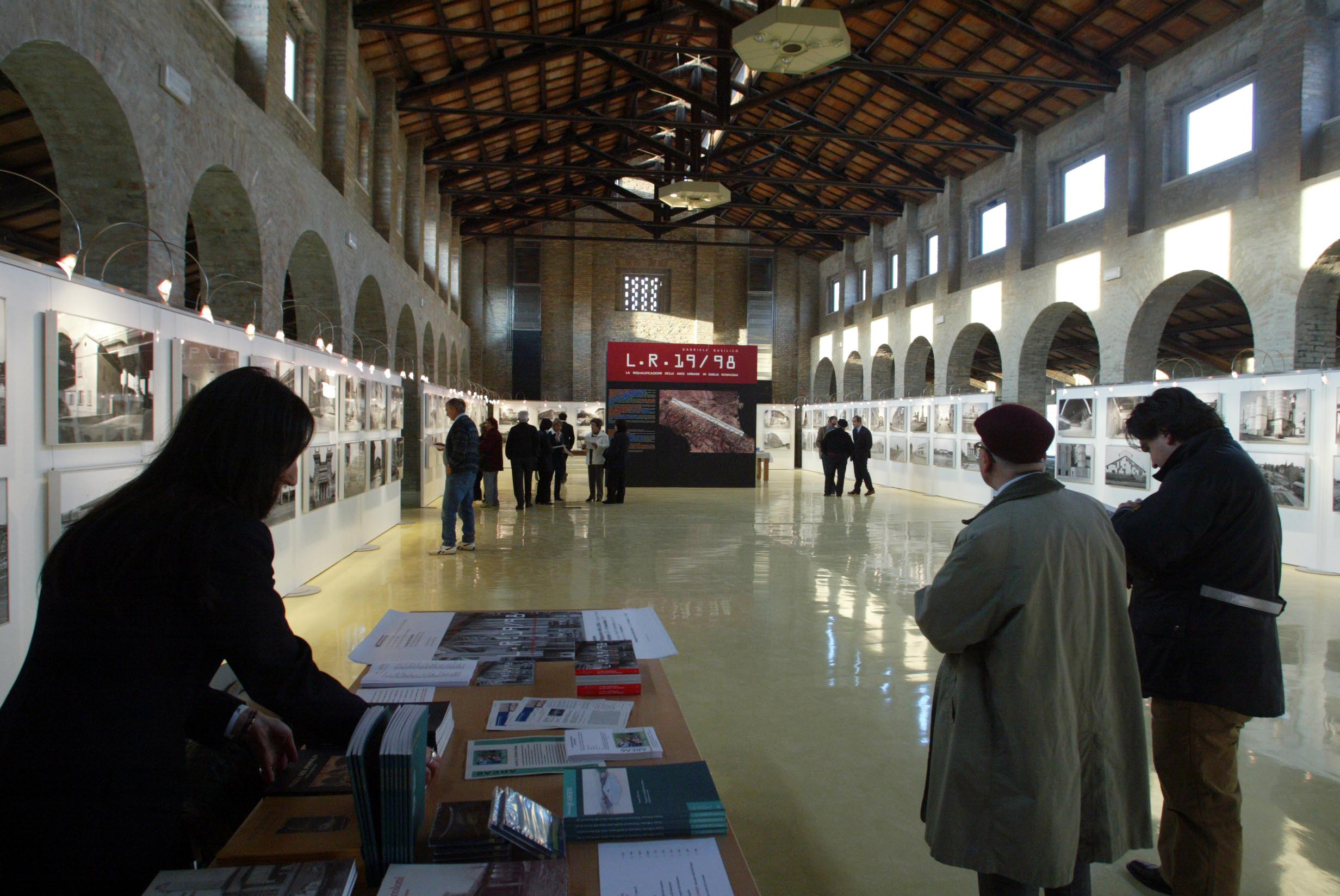 The DARE project focuses on the urban regeneration process (URP) of the Darsena District in Ravenna. It develops a digital environment that makes data accessible, understandable and useful, enabling citizens to become active part in the process. The project is seeking to test whether the proposed set of tools and enablers may effectively boost the digital transition of the area and thus positively contributing to the Darsena URP.

The DARE partnership was designed in order to represent an added value towards an integrated approach. Widely recognised as a cornerstone of efficient urban development policies, the participative approach is crucial in the generation and development of genuinely innovative and experimental projects. Strong local partnerships between public bodies, the private sector and civil society (including citizens and inhabitants) are a key component and requirement of UIA projects. Involving key stakeholders able to contribute to the implementation of the project with experience and expertise is a factor of success.

A strong local partnership to implement the DARE innovative project

The Urban Innovative Actions project allows Ravenna to reinforce the URBACT Local Group experience and to stabilise the recognition of this group by involving it in the implementation process. In DARE project, the wider stakeholders group is composed of a heterogeneous set of peoples, having different competences and covering different fields and sectors. The local partnership was built to involve local bodies, together with organisations acting at regional, national and international level, for both horizontal and vertical integration.

DARE stakeholders have been divided in strategic groups, such as the policy recommendations group with organisations playing a crucial role in capitalisation, sustainability and transferability actions. The core group, called ‘cooperation and accountability’ involves the key implementation partners and is crucial with regards to the engagement of target groups, like the private sector and the previously established URBACT Local Support Group. Other groups are the ‘Peer reviews’ group and the Monitoring and Evaluation group. 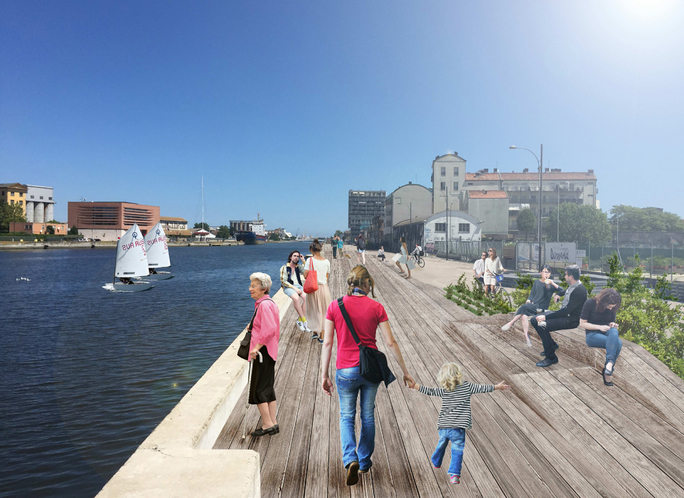 Transfer of results: from UIA to URBACT – closing the loop!

As URBACT city, Ravenna will be able to make use of its network to transfer and disseminate the DARE results at EU level. Ravenna’s network will be indeed useful to present and suggest DARE as a replicable case. As the UIA-DARE experimentation can be progressively extended to the whole city, it could also become a model in the whole EU. Due to its relevance within the city context and intrinsic complexity, the Docks district is a perfect pilot case for medium-sized cities in the Mediterranean and Eastern Europe with identical conditions such as high presence of abandoned areas, poor habit and spread of advanced digital culture among common citizens, strong political will and important commitment of the public administration. Thus, Ravenna could close the loop and consider continuing the Urban Innovative Actions project with URBACT to transfer the experience effectively to other cities. 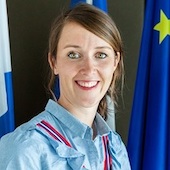